Cannot render, because of too many faces

i'm having a rookie issue. I'm trying to make a train station, which would include a train. Problem is that i can't render anything without blender crashing. This is: Blender 2.8 Eevee or Cycles (here is were i originally made the models). I also tried transfering the train in the picture to 2.79 (this changed nothing). Notice everything is set to render in 1280x720 px and with 150 samples. I tried rendering with the subsivision modifier "on" and "off". Blender crashes every time. On the bottom righ of the pictures below you'll see my faces count, i'm guessing its ridiculously high, but i need the detail to achieve i a photorealistic effect (hopefully). I simply mean to get still images, nothing more. Anyone knows a possible solution?

Edit 1: I neglected to provide my laptop's specs, is not tthat grate but shouldn't be a problem (read edit 2):

Edit 2: I've done more before I figure i'd check an old render i did on on blender 2.79, on this very same specs. I was able to render with no issues and the faces count was of almost 12 millions. Now i tried rendering the first picture (1.5 million faces), following the instructions left by one of the guys (lower sub-divs levels and use cycles). Still crashed. Could it be a Blender 2.8 BETA thing? 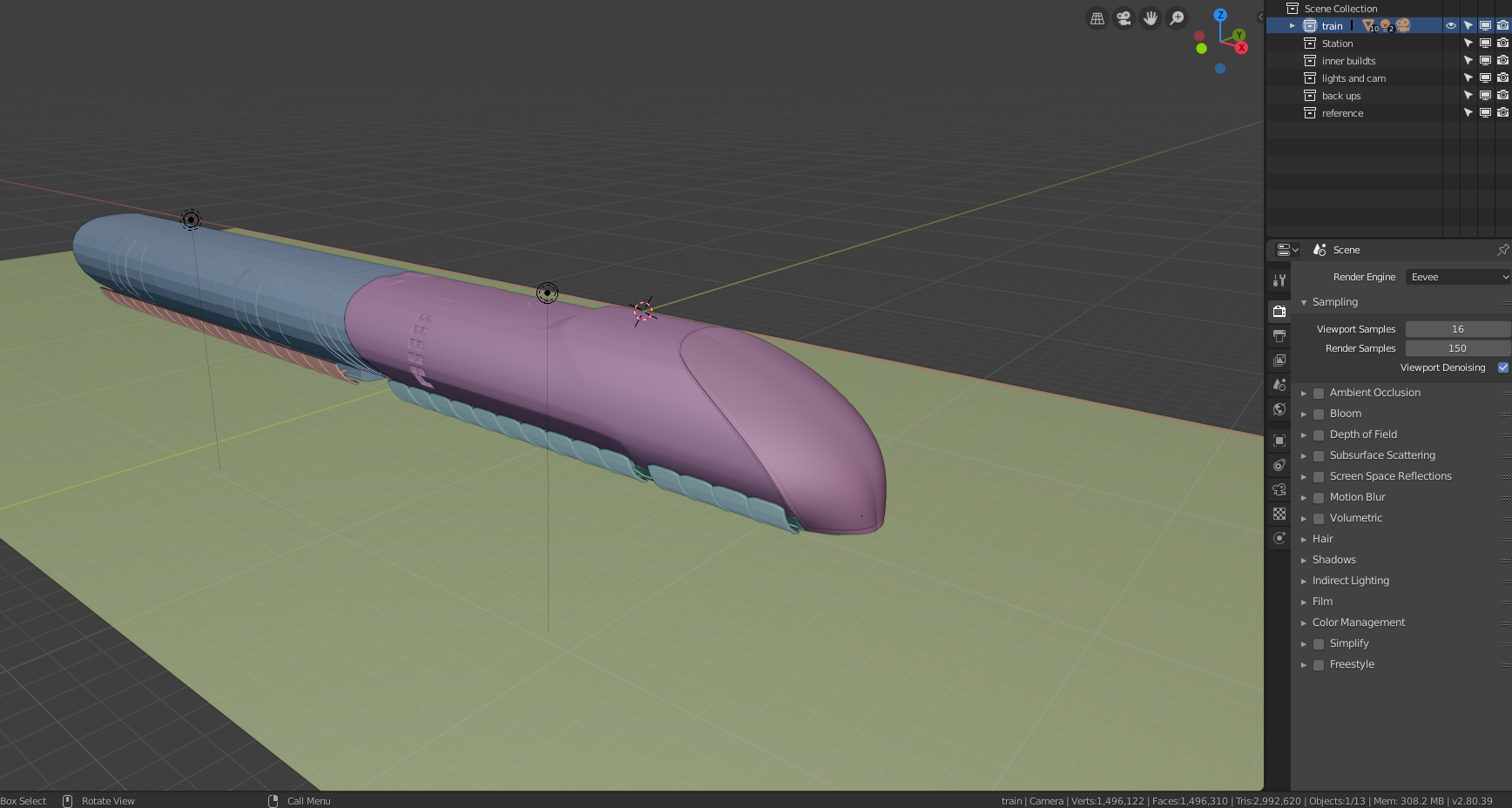 Thank you for your consideration to vote me as the answer by clicking to the left :the icon with a check mark and upvote this answer.

2
Problem with too many faces of object
0
Can't access OpenCL for AMD Radeon R9 270
0
Why doesn't blender use my graphics card?
0
Blender Cycles - Crash while synchronizing objects, Not even close to running out of memory
1
My imported STL file has WAY too many tri's in it to edit effectively. How can I reduce it and keep the detail?