So the jist of it is I'm trying to get a toon shader to work on imported object from blender, I get this terrible looking jagged lighting in unity. 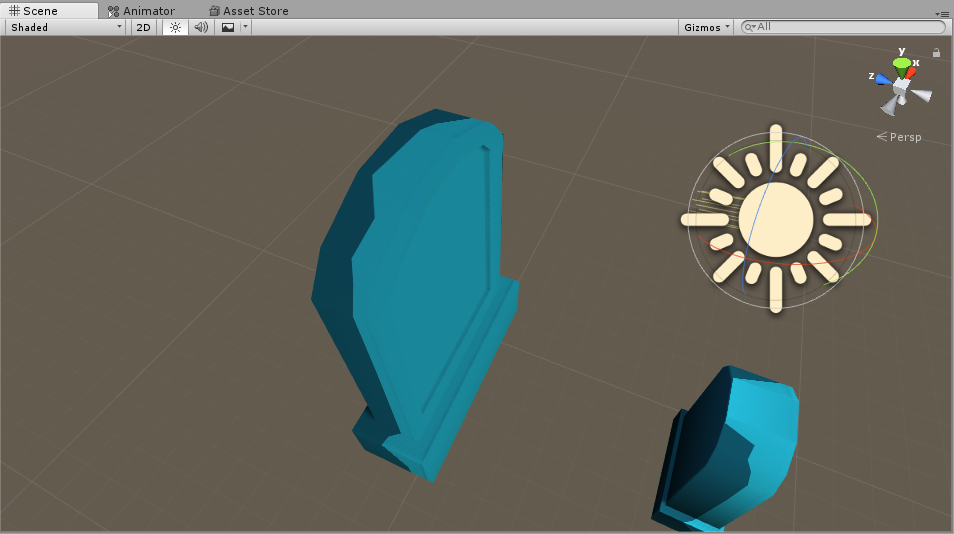 ( the left tombstone ignore the one on the right )And I dont think it is the shader because I will put the default surface shader in unity on the object with the same jagged result.

I've talked with both unity and blender people and haven't been able to resolve it. From what people tell me the normals are all correct on the model. 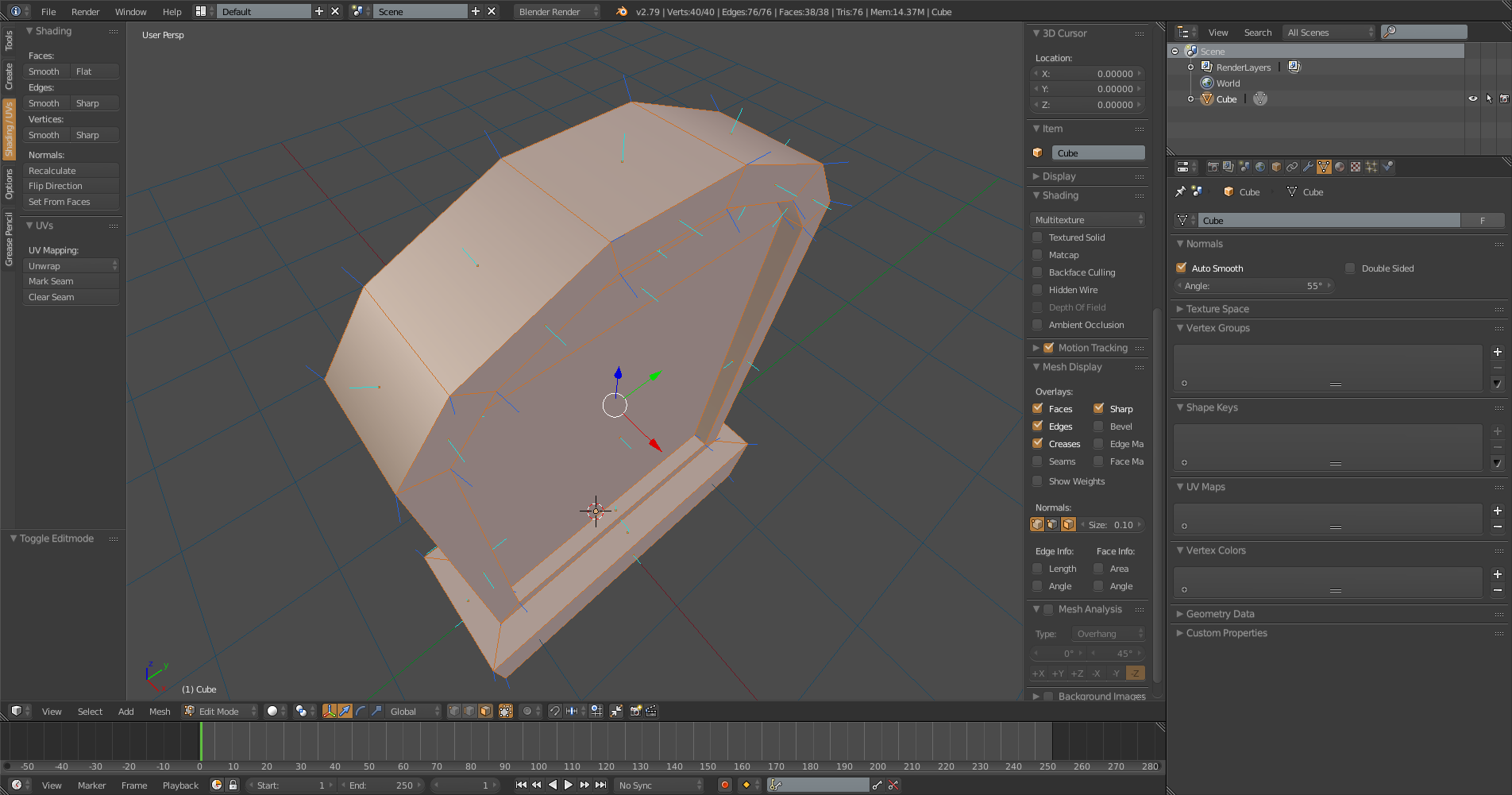 I've played with smoothing and auto smooth in blender but the top image is the best result I have gotten. 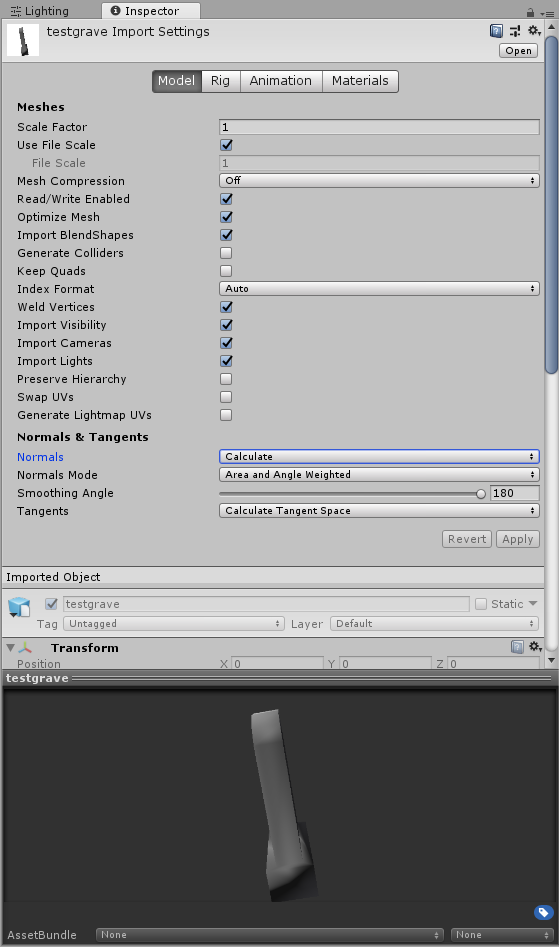 And setting the Normals to Import gives me this. 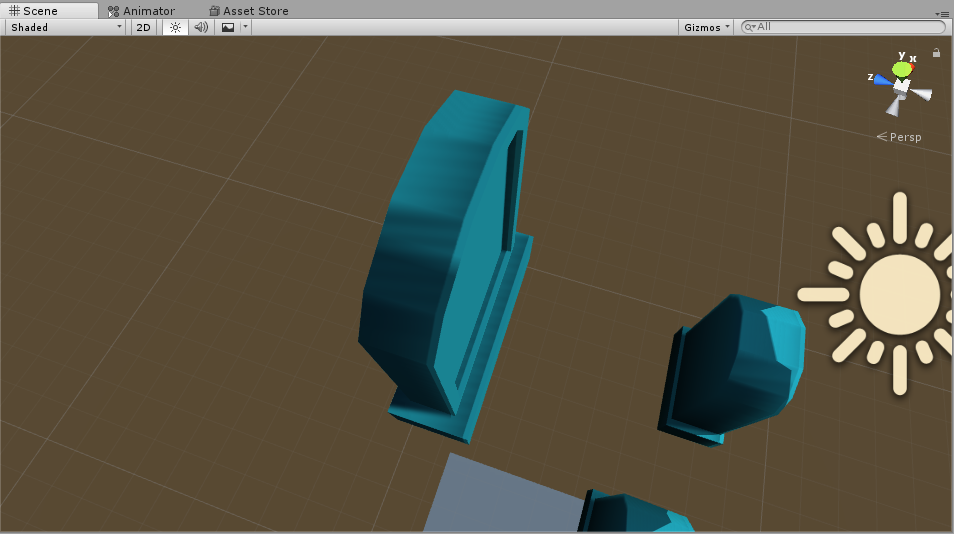 I dont know if this is the right place to post this but like I said I have a feeling (With my limited knowledge of unity and blender) that this is a blender/ import issue because the official unity surface shader gives the same result.

Any help, links or advice on how to get that jagged lighting to be smooth is greatly appreciated

Real-time lighting and toon shading are both very dependent on mesh geometry since smooth shading only applies to shading with vertex normals and not raytraced shadow calculation that only accounts for vertex positions. With toon shader you are going to need more subdivisions on curved surfaces.

So now you have a 180 degree arc expressed in 5 edges. Try making the arc with 9 or 19 subdivisions and you will see the quality improve.

Not the answer you're looking for? Browse other questions tagged light import shaders normals unity or ask your own question.

5
Toon shader making jagged shadows
2
Weird smooth shading
0
Problems with rotation and scale importing blender object to unity? Replicate unity cube?
2
How to edit normals so light is even all the way around for grass patches?
4
Smooth shading with nodes?
1
How do I fix a spiked object when importing .fbx file from blender 2.82 to Unity 2017