These are my specs

when I use rendered view in blender the sampling is really slow (like 1 sample per second) also, while using rendered view and moving around in the viewport, changing lighting, textures etc. the fps gets pretty low and there is also some lag.

will getting a pc with more processor sockets(2 maybe) help?? does ssd make a difference??

do processors with more cores help speed up sampling?? 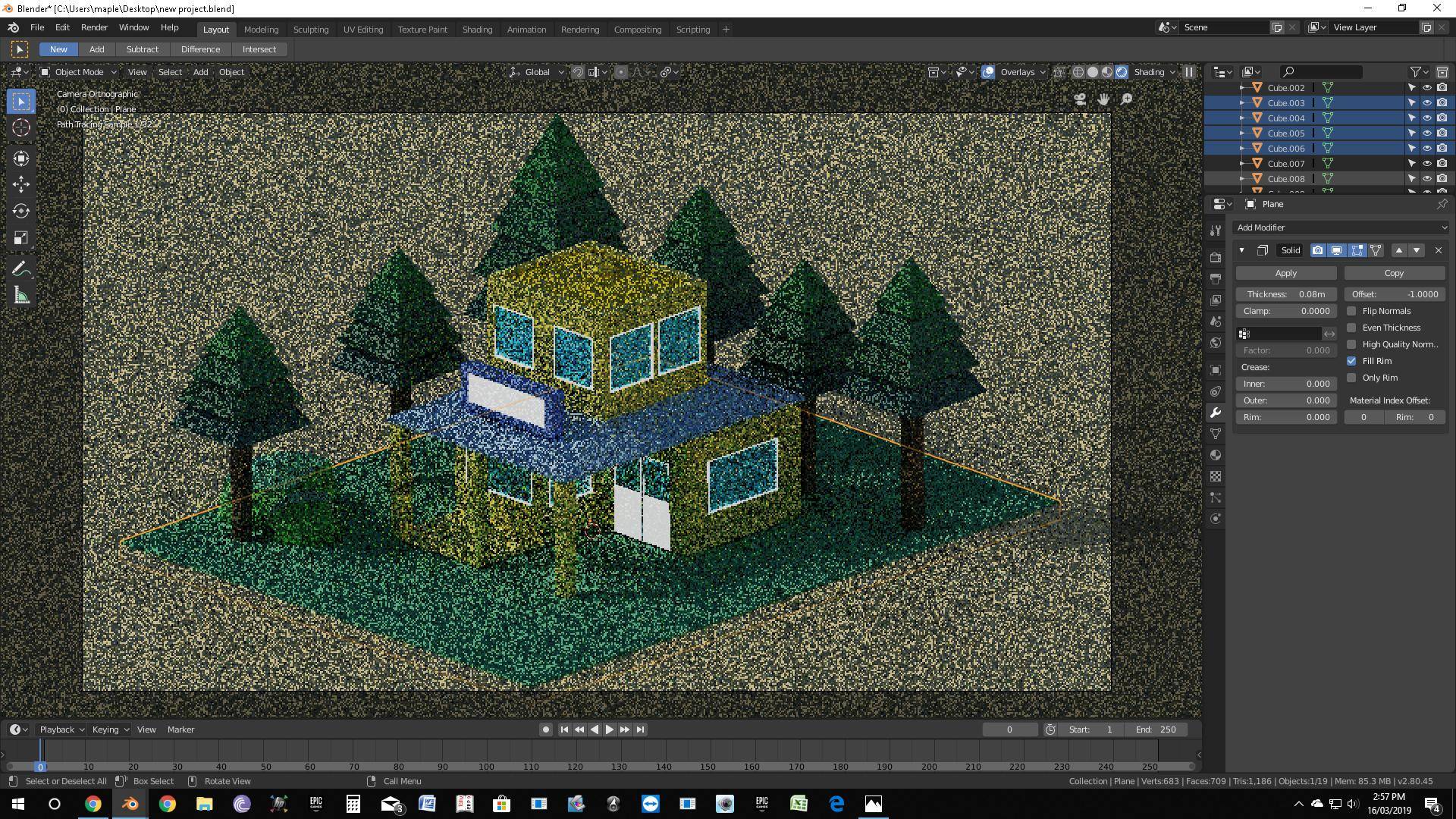 I watch youtube tutorials and they have really smooth movements in the software.

When it come to rendering, the key is the number of cores : two core are twice faster than one core. The frequency of each core is to be considered too.

The bad news is processors are expensive. Sure, a 1,000$ i9 will render faster than your i3 ; but not that fast. And motherboards with 2 sockets aren't cheap either.

The good news is, graphic cards have a lot of cores and are relatively cheap (thanks to the gaming industry). Each core is less powerful than a CPU one, but there are literally hundreds of cores. And nearly every motherboard allows to use two or more graphic cards. There are chances that you already own a compatible graphic card.

A good way to know which cards are best is to compare them using this benchmark : http://blenchmark.com/gpu-benchmarks

To use GPU instead of CPU for rendering, you need to set it in the User Preferences. In System/Cycles Compute Device, choose CUDA (for a NVidia card) or OpenCL (for AMD cards). This question has a really detailed answer about that topic.

Not the answer you're looking for? Browse other questions tagged performance or ask your own question.