Long story short, I've modeled Toothless from How To Train Your Dragon in Blender, and I'm now trying to replicate the effect that the runes/scales it has. I've been using blender for +2 years now but it's always been the modelling side of things and I want to branch out to textures.

I'd like to use the cycles render engine to achieve the following effect: 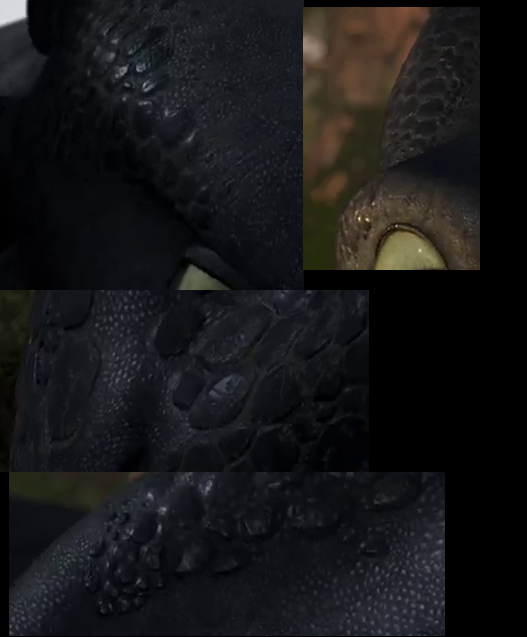 Note that the stones/scales/runes are raised from the surface in a way bump/normal mapping could not achieve, and that they're more reflective and glossier.

But having never done any texture work, I've no idea of a good way of going about it. I've tried various methods, each of which did nothing like what I wanted.

Currently, the model is just that, with no runes or anything physically on it. My original plan had been to make three textures; 1) for the visual, 2) for the displacement - which would then be baked on - and 3) which would define the areas to be more reflective etc... but now I've actually tried doing it, it seems to be a tad more complex than that (as with most things blender, hehehe). I've tried a google search, but nothing relevant comes up.

I'm not asking for someone to outright do this for me because I want to learn it for myself, but any help would be greatly appreciated, be it a guise, a link to a relevent tutorial, or even just a helpful hint.

Thanks so much to anybody who can help me out here!

(As a footnote, I've already done the model and manage to get the materials sorted for the eyes and surrounding area. Once it's finished, I'm putting it in the public domain for anyone to use, and I'll happily say you helped ;) )

The following is a way to handle displacement in a way that offers a lot of control and works very well for baking various types of maps including normals, height and ambient occlusion.

To start with, add a multi-res modifier to your model as shown in the following image.

Now make sure you are back in Object mode and increase the number of subdivisions for the modifier. 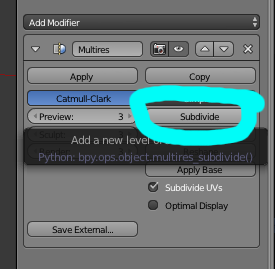 Now that the mesh is ready for geometry displacement you can add a Displace modifier as shown here. 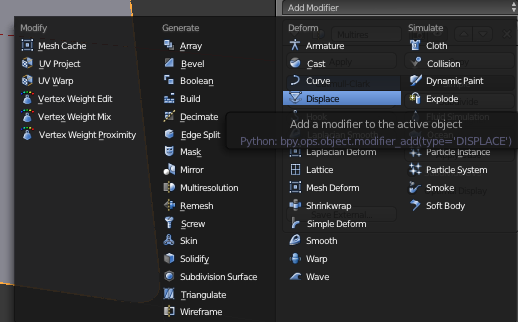 (For people that don't know this already, if you right-click on an image here on StackExchange, then choose 'View Image' you will be able to see the larger version so detail is more clear.) 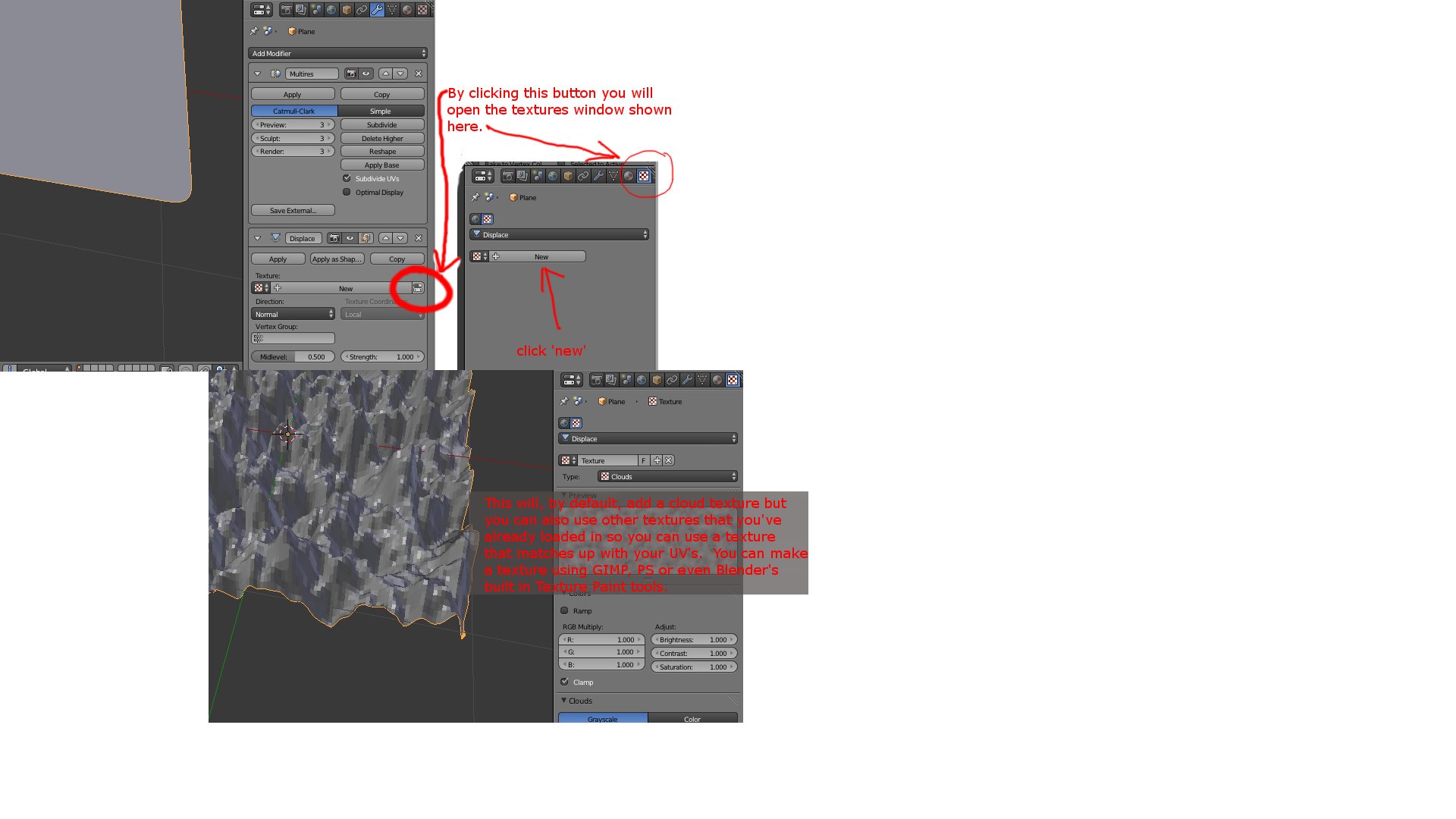 For the nodes, I've used the same basic setup as username:GiantCowFilms with a brightness/contrast node added in to adjust the mix between Shiny and Diffuse.

The same image is being used for the Material and the Displace Modifier. 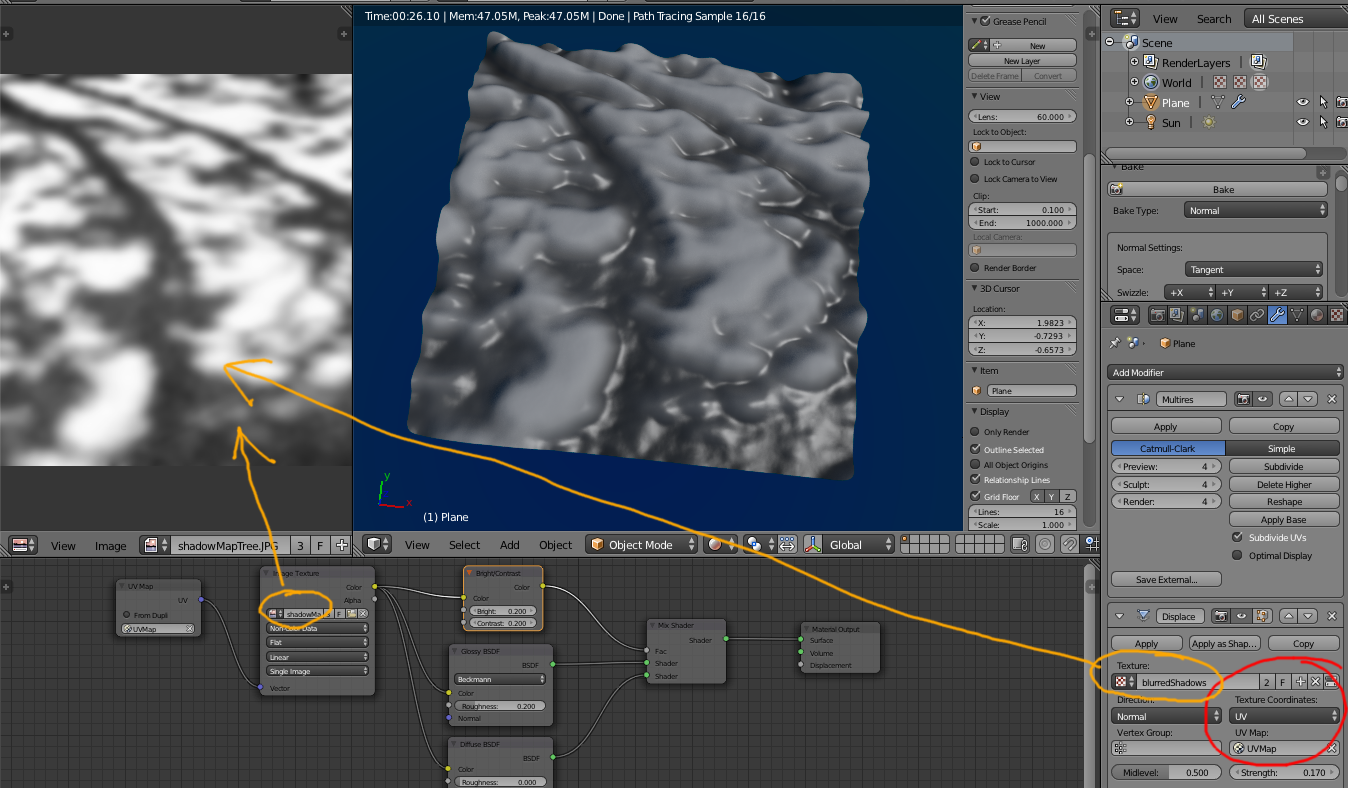 Here is how you can create you desired effect: 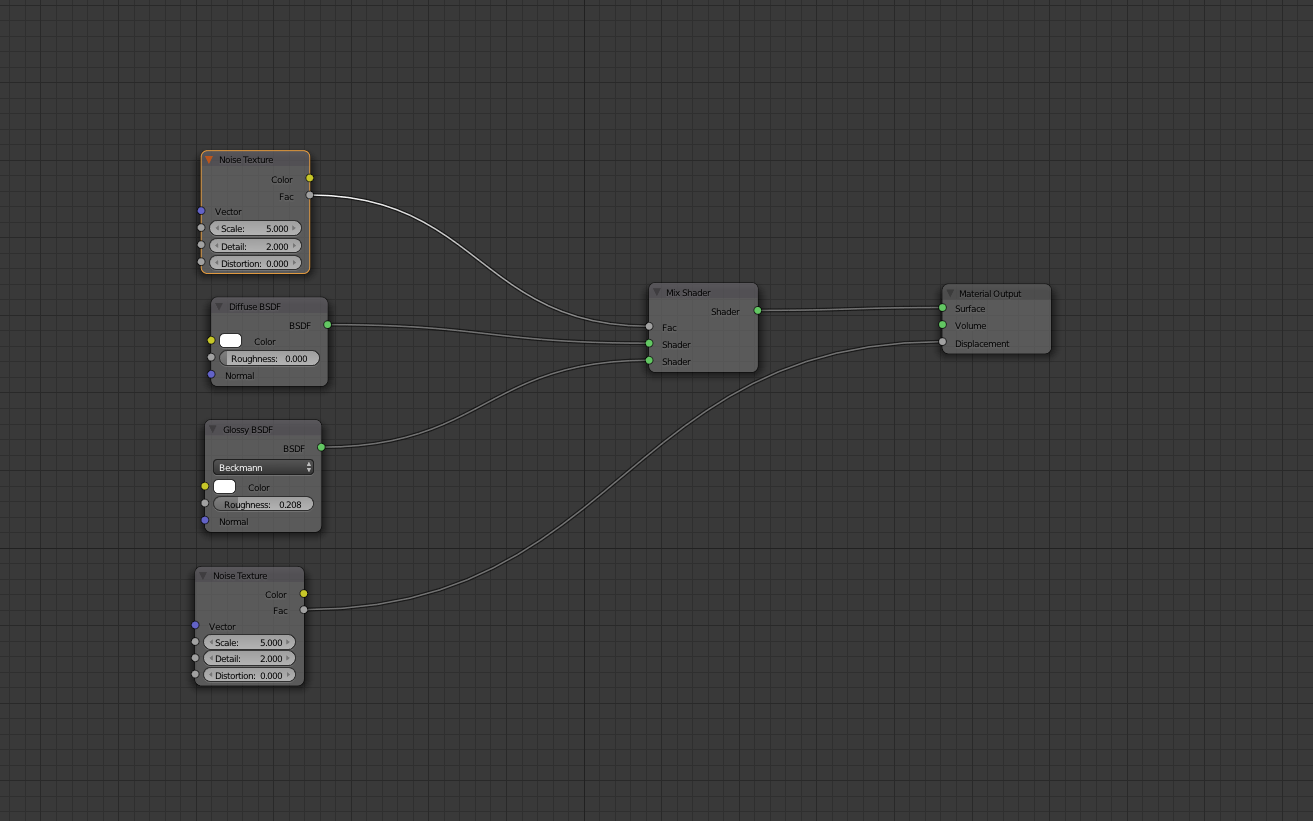 The set up uses two textures, one for the displacement and the other to control reflectivity. Notes

Here is how you can add a uv map to the texture: 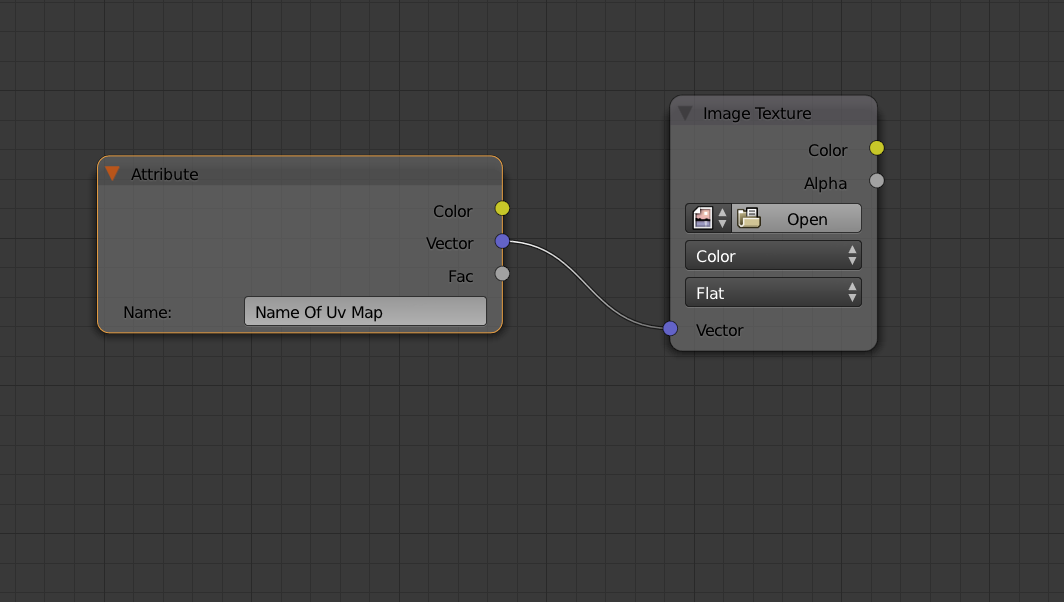 Make sure that you get the name of the uv map perfect, otherwise it will not work.

Not the answer you're looking for? Browse other questions tagged cycles-render-engine texturing materials modifiers nodes or ask your own question.

4
Displacement Maps in cycles from Zbrush not rendering properly

11
How to create rust procedurally?
1
Blender Cycles Procedural Cut Aluminum (Cut Aluminium)
2
How to make parts of texture shiny and reflective?
1
Cycles is texture stretching and not applying scale correctly
2
How to make this particular blender material in Cycles
0
How do I create this material in cycles (2.79)?
0
How can I make this weaved pattern more realistic?