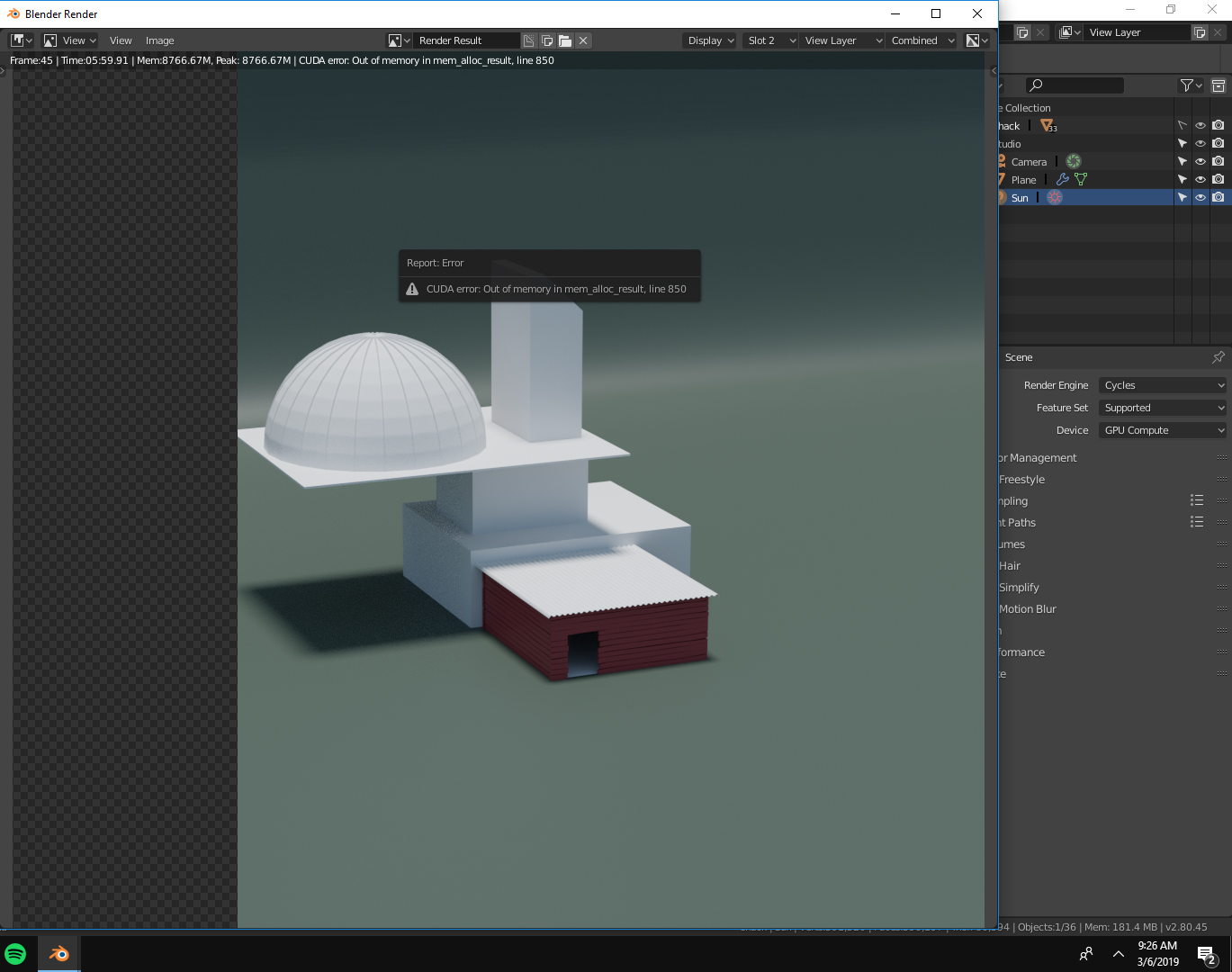 CUDA error: Out of memory in mem_alloc_result, line 850

I'm unable to render a model I quickly put together (Is it considered simple?) When I attempt to render the scene, my system will completely crash/lock up or blender will force quit.

I'm using blender 2.8 with cycles as my render. I have GPU + CPU selected underneath CUDA in the user prefs and am trying to render at 1080x1920.

I'm confused because I feel like my model is basic. I have a sunlight lamp and materials using only a diffuse.

Can anyone point me in the right direction on getting this solved? I've uploaded the blend file here if anyone would be kind enough to inspect what's going on. I'm new so I'm just trying to figure out if this is user error, or if I need a better computer!? Thank you so much! -K

Out of memory errors can always be traced to the same source:

Your scene and render settings exceed the resources available in your computer.

You've set subdivision surface settings for Render to a high number, some have it set to 6! 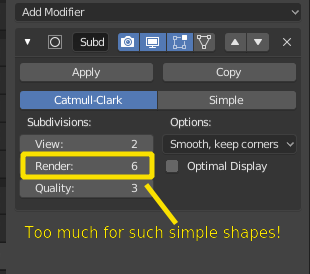 Do you need that many polygons? There is a huge penalty for using such large values:

For every subdivision level the number of polygons increases exponentially.

At level six you are generating 4225 extra quads for every quad of the original object... Enough to choke most computers.

Use proper modeling and less subsurf to describe the shape of the objects. You should rarely need more than a subsurf level of 3. Straight shapes with flat faces might not need any subsurf at all.

Also keep in mind that denoising will use a lot of memory, as it has to keep information from all the surrounding tiles.

Read: Why does Denoising take up so much memory?

I might have found a solution. Take a look here:

Not the answer you're looking for? Browse other questions tagged cycles-render-engine gpu system or ask your own question.

7
Blender render crash when using subsurf modifiers.
3
Why does Denoising take up so much memory?
-1
Blender shuts down when rendering.