How to combine transparent environments with alpha masks?

So there's this Toei anime from 2003 called Air Master and it had a very unique outro in which the main cast would sprint through their hometown. I'm fairly confident that it's environment CG, given that all the visible details and idiosyncrasies of the background (i.e. the road details) follow perspective without any noticeable human error.

Here's a preview. You can watch the full outro in a higher resolution here: https://youtu.be/svEG-_vJyvU

I'm trying to find out if there's some sort of material or render layer configuration I can use to replicate this effect as closely as possible.

If I grant that this is CG, the sequence appears to use alpha textures in conjunction with some sort of backface culling technique. The most puzzling aspect is the gradient visible behind all the objects, indicating that the alpha channels of the materials are able to visibly negate everything behind whichever object it's applied on relative to the camera, sort of like an alpha mask. That or the animation uses non-alpha textures and the placeholder color is simply replaced with an alpha channel, though I'd much prefer the former.

Here's the material set-up as well as the scene in the solid viewport. 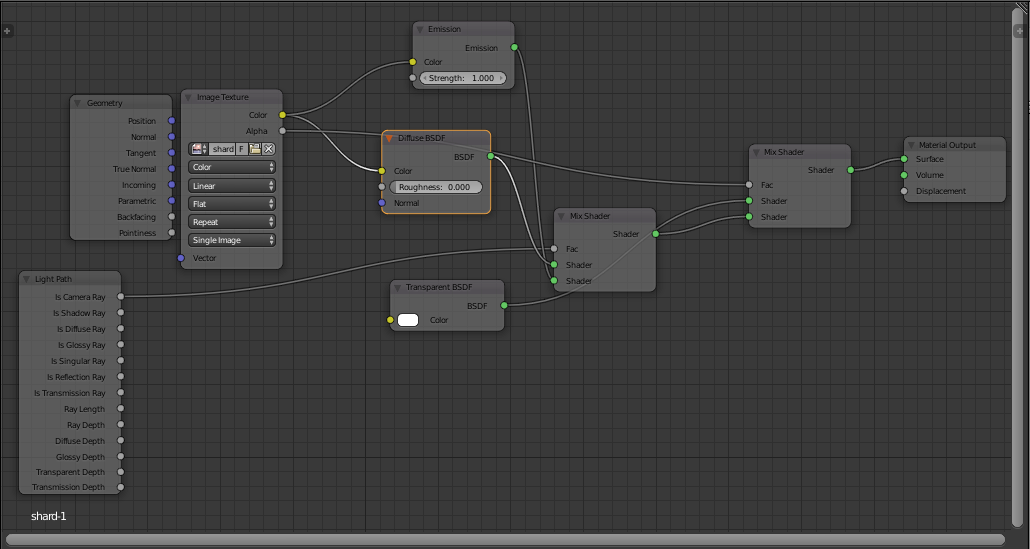 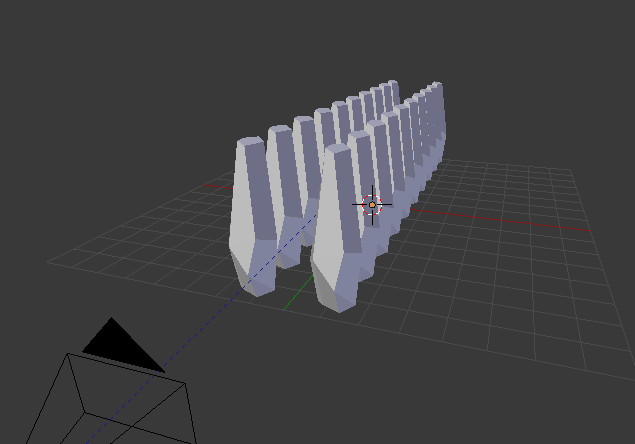 As you can see from the render, I was able to get a wireframe version of my scene with the edges solid white and the background transparent.

My goal is to both eliminate the back-facing polygons and object visibility through the material while maintaining the alpha channel.

I found out that you can get this effect with freestyle rendering. It's exactly what I was looking for.

Not the answer you're looking for? Browse other questions tagged cycles-render-engine materials node-editor camera transparency or ask your own question.

21
How to render a mesh transparent with a color on its edges only, with nodes?