Leaves not showing up on my Tree (particle Systems)in Blender 2.79

I am new to Blender and I tried to make a tree model. I created a basic tree structure and then aimed to distribute leaves on it. I tried to do this by creating a branch which I distributed leaves on (as particles). The goal was to then use these branches as particles for my tree. However, in doing so: while the branches appear on the tree as particles, the leaves are not appearing. I do not understand what the reason for this might be, I thought it might have to do with overlapping particle systems but I am unsure about how to approach that problem; other than that, I have tried disabling subsurf modifier, putting particle system above in priority (in modifiers tab for branch) but this hasn't worked.

Vertex groups have been created to deal with distribution of particles.

The particles are themselves taken as groups. 'Leaves' in case of the branch and 'branches' group in case of the tree. (not to be confused with vertex groups) 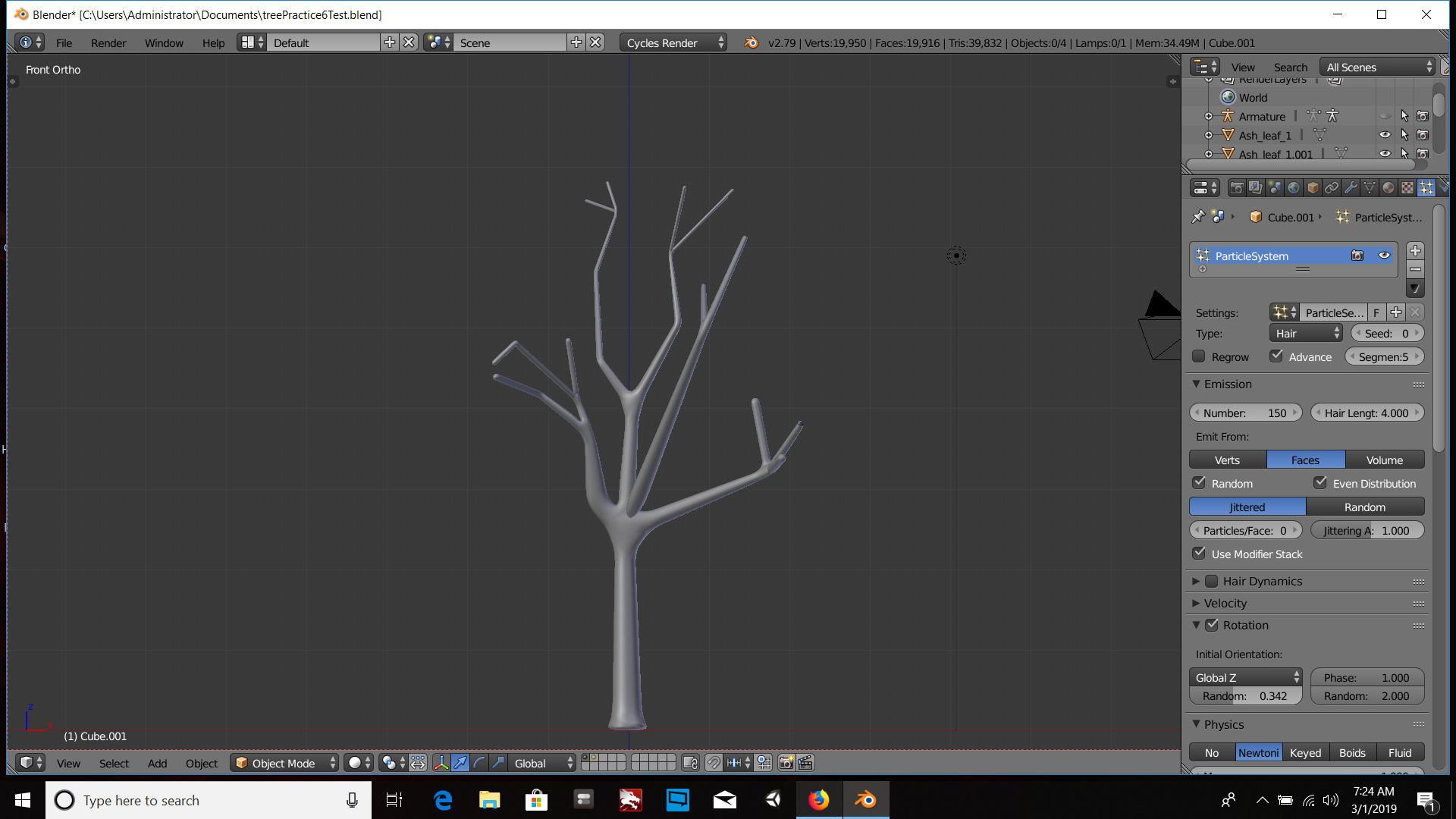 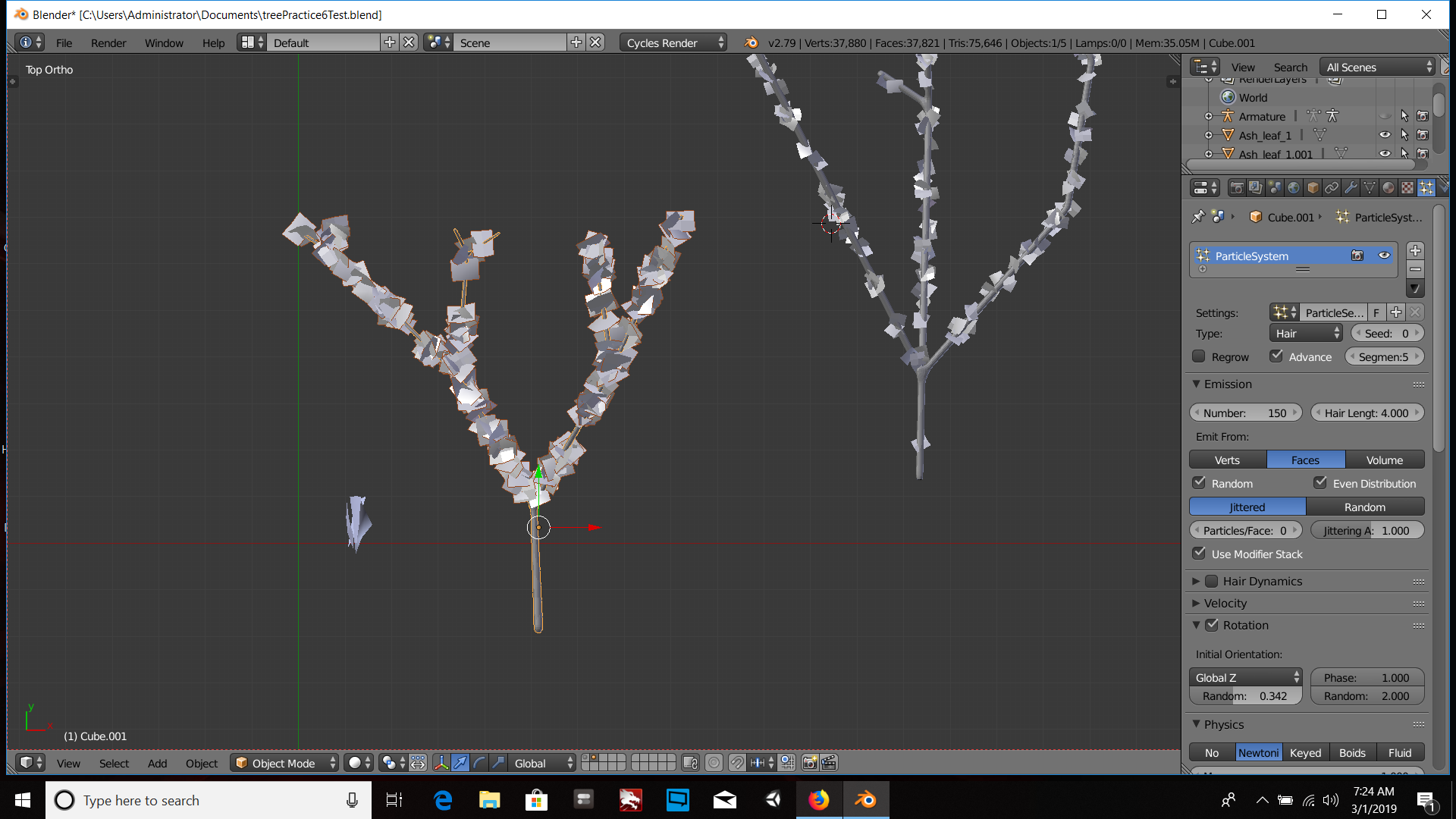 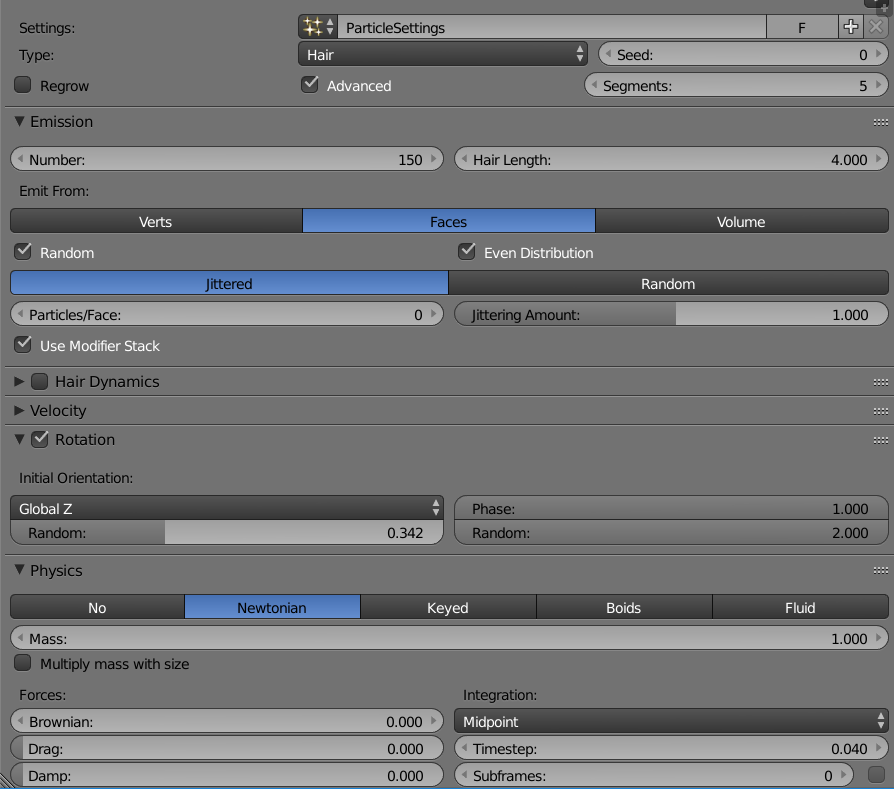 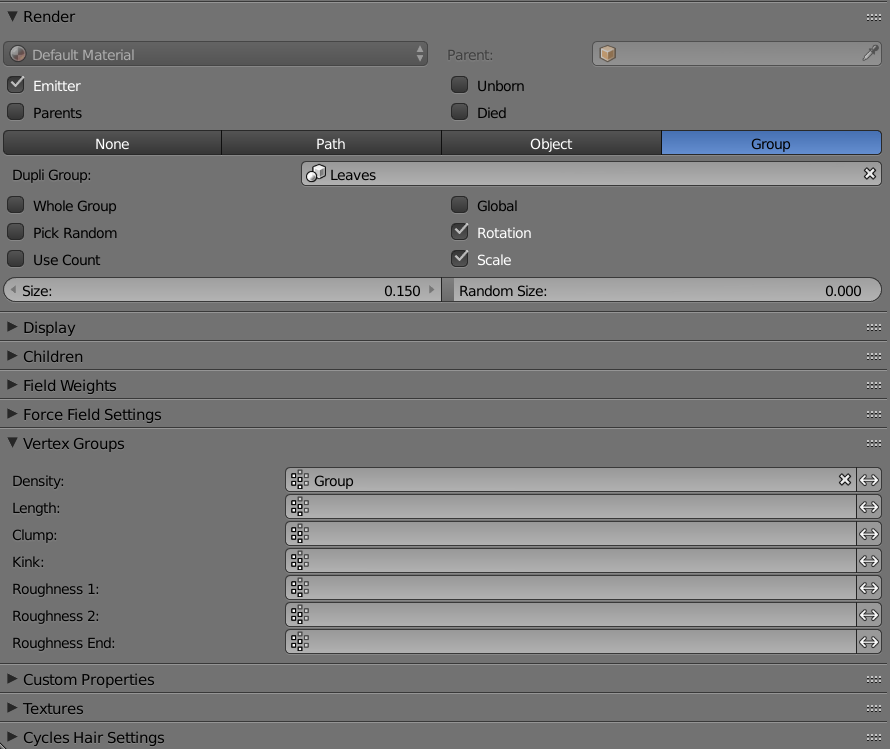 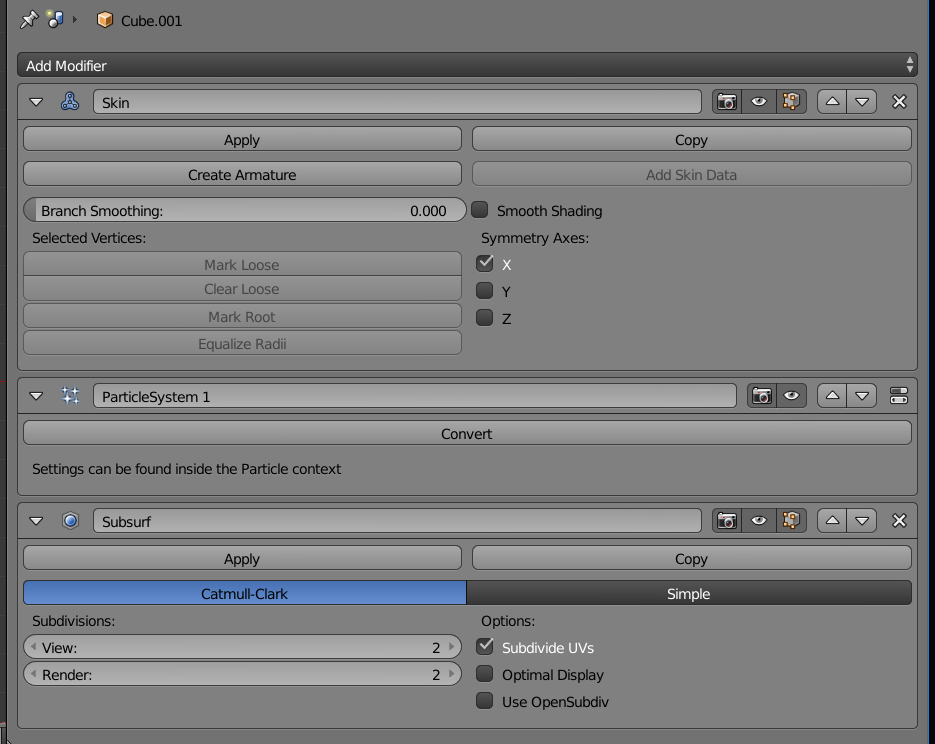 Tree after using branches as particles 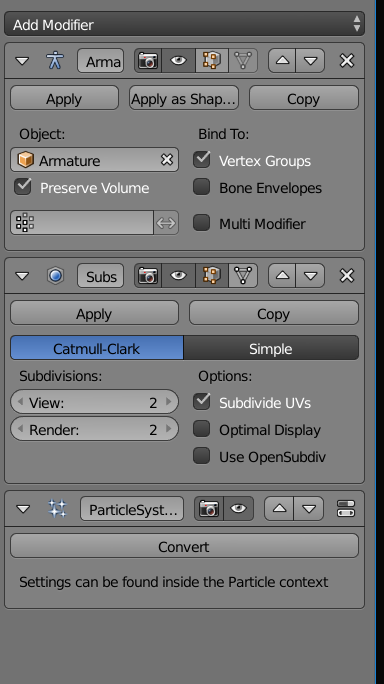 Browse other questions tagged particles or ask your own question.

8
How can particles be emitted from particles?