I've searched on the internet for this issue but I can't seem te find it. So hopefully you can help me.

I have build an object in Blender, I want to give it texture and color so it can be implemented in Unity.

As soon as I unwrap the object, added an image texture and give it a beautiful pink colour. 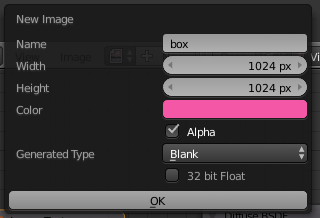 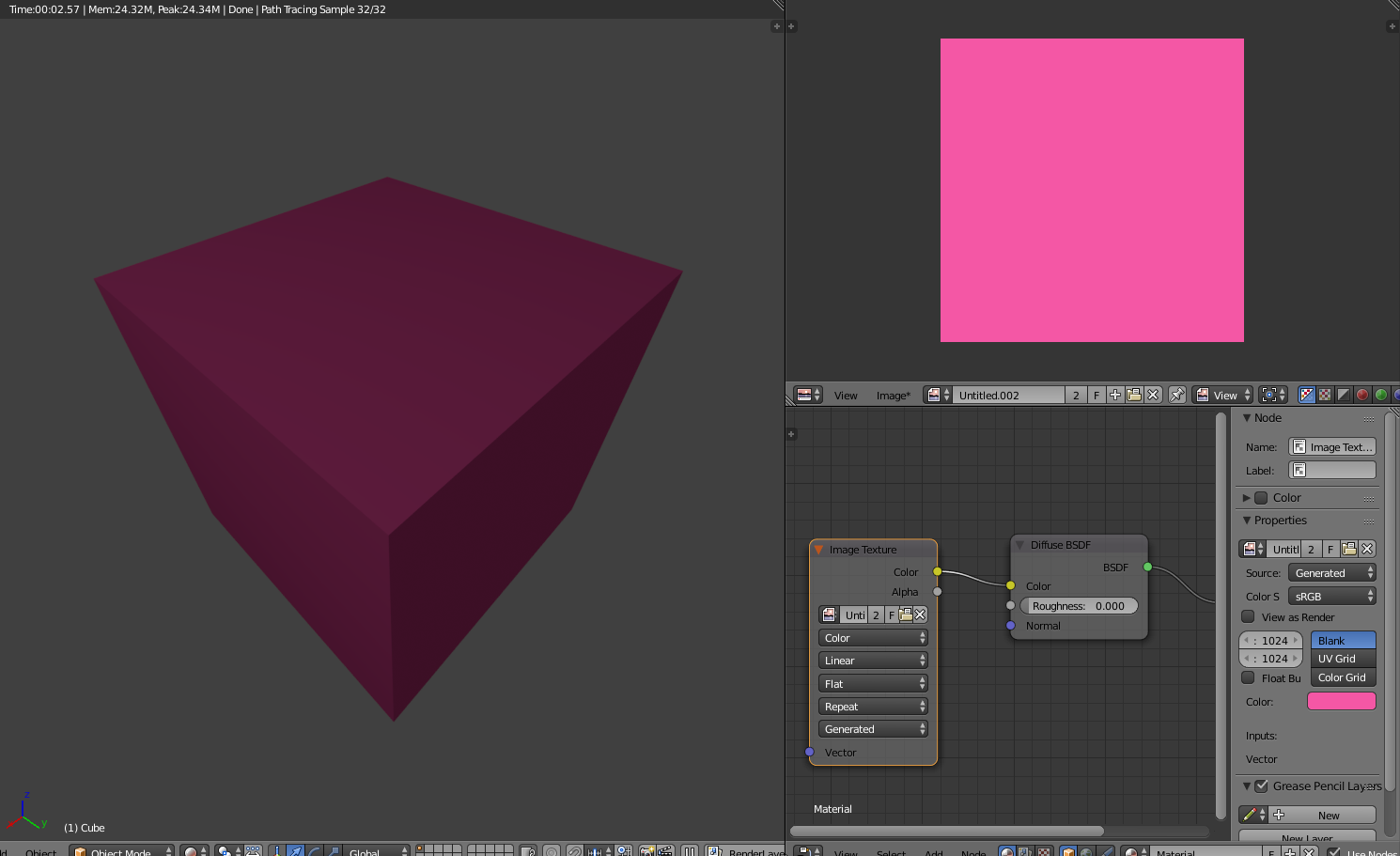 I hit the button "Bake". The whole thing turns black. 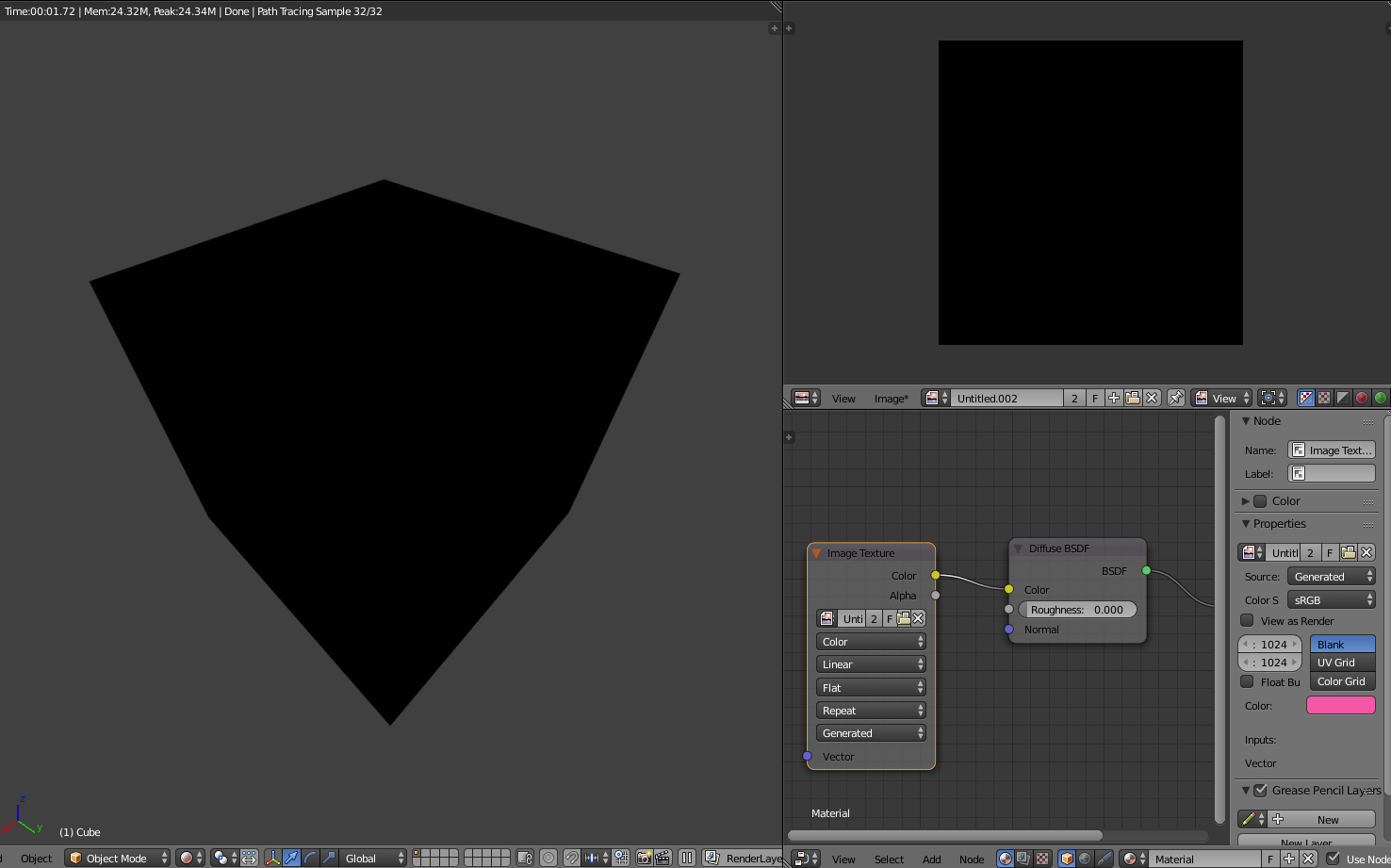 It even happens with the default box.. What am I doing wrong?

You need to plug the Texture into the shader, then the shader to the output : 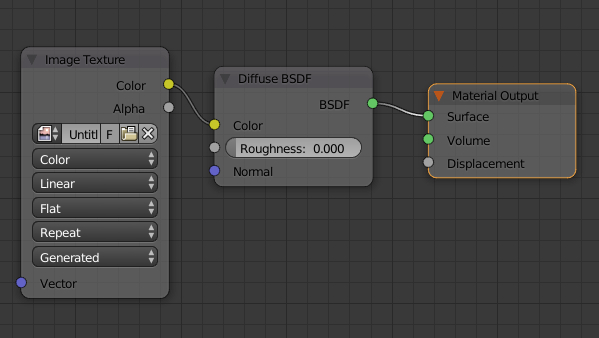 The color of the inputs and outputs is important. You can't expect plugging a Yellow output (Color information) into a Green input (Shader information), and get a result. More informations.

Also, in the blend you shared the texture is black, so of course the materal will be black.

The problem here is that the Image Texture that you are baking is connected to the shader at the point you are baking the texture. When you click 'Bake', by default Blender will 'blank out' the image prior to baking. With the Image Texture connected to the shader this means that it is being rendered as if the surface is black and the result of that render is being stored back in image. The Image Texture node being used for the bake should be disconnected (and a suitable 'color' set to drive the shader) when you perform the bake. Once the image has been baked you are then free to reconnect the image texture - this time typically via an Emission shader node rather than, say, Diffuse - to show the baked result.

Rather than actually disconnect and reconnect the nodes, you can achieve this by way of multiple Material Output nodes - with the last one 'selected' becoming the 'active' one. For example, you could use the following nodes : 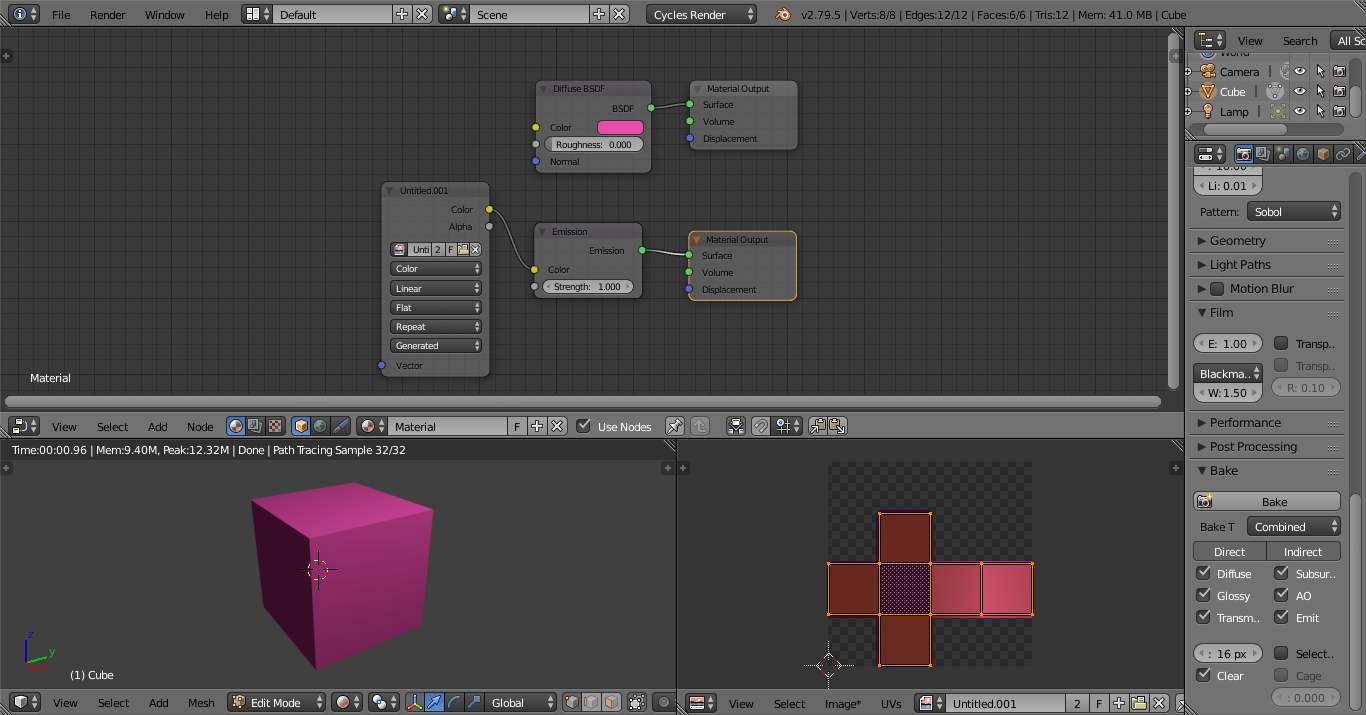 To bake the image texture, first select the top Material Output node as above, then select the Image Texture node (this tells Blender which image to bake), then click Bake. This will overwrite the image with the results of the bake.

Once the texture is baked, simply click the bottom Material Output node to use the baked result.

With this setup there is no need to disconnect and reconnect the nodes when baking images - you just need to select the relevant Material Output node to switched to/from the baked result.

Not the answer you're looking for? Browse other questions tagged rendering texturing materials uv node-editor or ask your own question.

23
What is the meaning of the color of the node sockets in the node editor?

0
How do you recommend I overlay textures on object 'Faces'
0
Help with texture mode in viewport
1
Exporting Node Textures / Texture Baking
0
Why are all my edges darker when using texture paint
0
Baking Ambient Occlusion: Almost entirely black
2
I can't bake my textures on one map - result is black