I've searched google extensively on this. Can't seem to find an answer.

I know about spline IK, which is wonderful for conforming a row of bones to a path. But combining the armature object with a follow path modifier causes the point of origin to move, but the bones themselves stick to the beginning of curve.

Ultimately my goal is to make a creature like a snake or centipede follow a curve path, thus animating it fairly realistically ...

Once set up, can travel along curve by displacing our dummy edge object

Having tried a method similar to @moonboots answer in writing a train addon found using the method outlined below kept the wheels on track (better if the curve is too tight nothing will help). This may not matter too much with a deforming object like a snake. However it only requires making one very simple mesh object, with vertex groups as tagets for bone constraints.

Trying to place empties on the curve with offsets will cause the "train to derail" as the offset is looking at curve length rather than where the line segment next meets the curve. For example a unit circle radius 1, can hold a square with edge lengths sqrt(2) each corner touches the circle. The arc length is p1 / 2 Trying to get the empty locations right on a complex curve is IMO too hard. If a mesh is created and threaded onto a curve with a modifier the edge lengths are preserved.

Create a simple mesh as shown. With edges and verts emulating bones.

Here the mesh is moved 1 over for visual

Add a curve modifier to the mesh. I've made the mesh z up to cooncide with bones global orientation, so I track the mesh on curve using Z. The mesh can "run on the tracks" by animating its Z location property. Can switch tracks by changing this one modifier target

Next we add a copy location constraint of root bone to our mesh object, with base vertex group as a subtarget, and a track to constraint along the axis of bone "Y" to the next vertex group.

For all subsequent bones in chain add track to constraint to next vertex group.

To make a snake-like animation you can do it the way I explain below (inspired by bugzilla2001 here: https://www.youtube.com/watch?v=VXheGvyEz3A& ).

But as batFINGER said it has a drawback because as it uses the Follow Path Offset, each change you'll make on the curve length will imply an adjustment of the Offset...

Anyway, here it is: 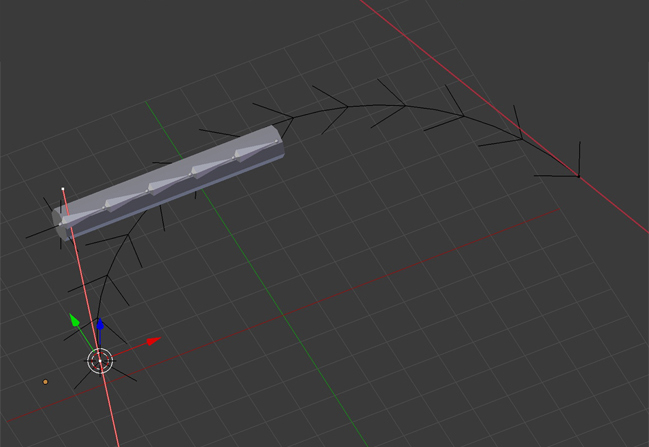 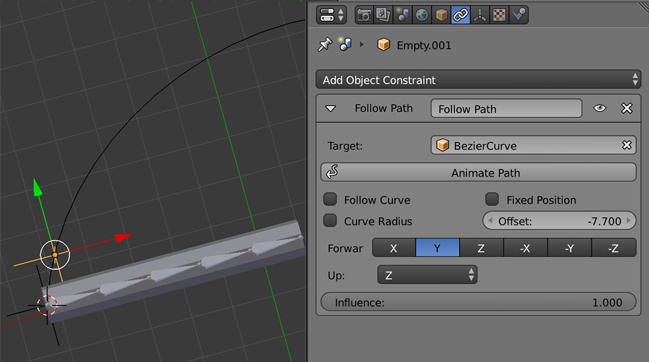 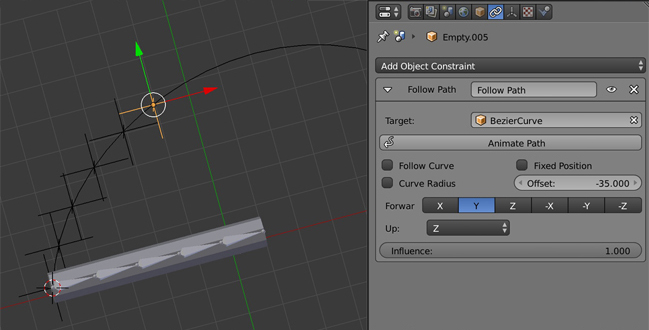 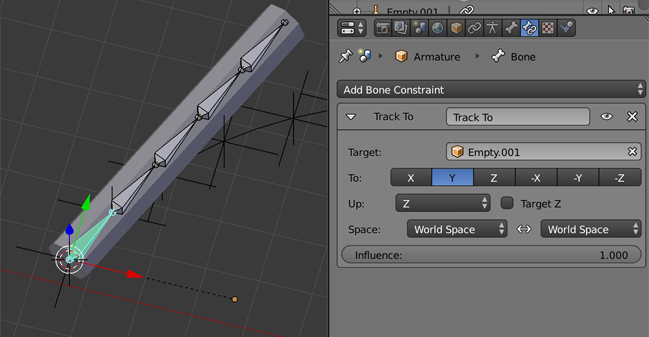 Not the answer you're looking for? Browse other questions tagged animation bezier-curves or ask your own question.

0
Make this "Bicycle Chain" follow a curve perfectly, without warping
1
Object follow the path in two points
19
Snake Defensive Display animation
0
Camera follows path, but is not looking the direction I want
4
How to retain speed on a "follow path" modifier even if the path is scaled up or down?
2
Bezier Curve as Constraint for Bones? (Rolling garage door)
2
Move points along their own path in python
0
How could I have an object's Z axis align with the first derivative of is location F-Curve
0
Blender Path Deform Bone Contraint Deforms Mesh
0
How can I create a rope knot animation in Blender that also works in Unity?
See more linked questions

13
Three bones following a curve
4
Camera position and rotation while following path
3
Synchronize an object following a path and the appearance of the path
4
Object wobbling and shaking while camera following a path
1
How do I make the cubes up and down on the y axis following the curve and without rotating?
3
Rollercoaster Problem: Bones following Curve
1
How to make this object child of another object, and conform to a curve at once?