In Subsurf on a crown. How can I smooth some edges and keep others sharp?, there's an answer suggesting to use crease, which I agree is a good way to solve the problem.

But then, there's a comment telling "nice, but instead of crease, which hurts, maybe you can finish by some bevels..."

Why creases are (at least in that context) bad?

Oops, partly my bad.. I'll go back to edit the answer..

'Crease' acts in combination with Catmull-Clark subdivision / Open Subdiv - it modifies the extent to which edges are 'pinned', preventing them from being interpolated, (and therefore moved/smoothed) by the subdivision algorithm. In your original question, it prevents the points of your crown from being rounded by subdivision.

There's nothing wrong with using it, but in this case, on its own, it produces a result like the one on the left, below. As you can see, there are still smoothing artifacts.

The one on the right, after applying the solidify and its creases, futhermore puts a bevel on the rims, peaks and troughs. It's much improved, in the way I took moonboots to mean. 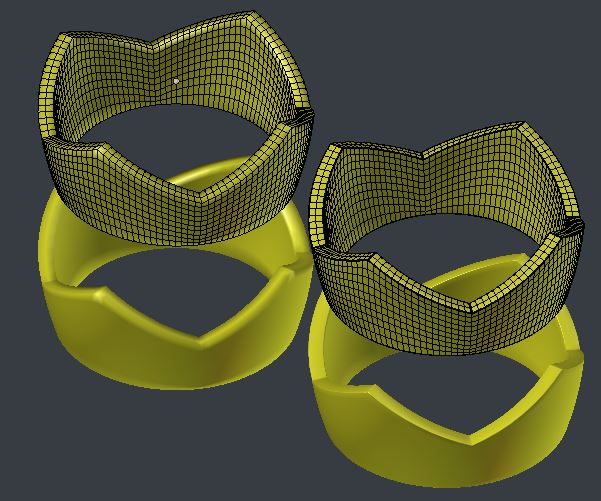 Without a crease holding some of the edges against interpolation by subdivision, trying to use a bevel on its own (before subdivision) to harden edges, can give rise to this sort of problem at concave junctions: 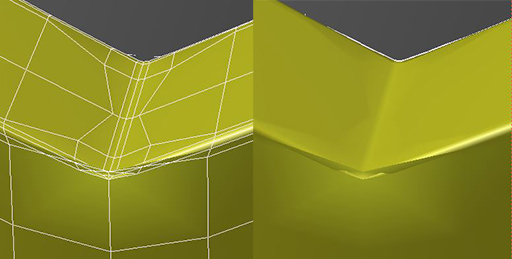 ..where the interpolation 'leapfrogs' the vertex positions it is smoothing, jumping into empty space.

So, in this case, one way out is to bevel after creasing and subdivision, as on the right in the first picture.

11
Subsurf on a crown. How can I smooth some edges and keep others sharp?

9
How to maintain smooth curves on meshes with lots of uneven loopcuts?
1
Vertex Connection/Flow
6
Billions of loop cuts
0
How to include vertices to subdivision modifier?
0
Subdivision and solidify sharp corners
0
Modeling issues
1
Clean topology with holes in a mesh with bevel modifier?
3
How to make a smooth object look less 'lumpy'