I'm trying to make a graphic that describes how to orient a planetary orbit in 3D. I animate my planet going around in an ellipse on a Bezier curve. 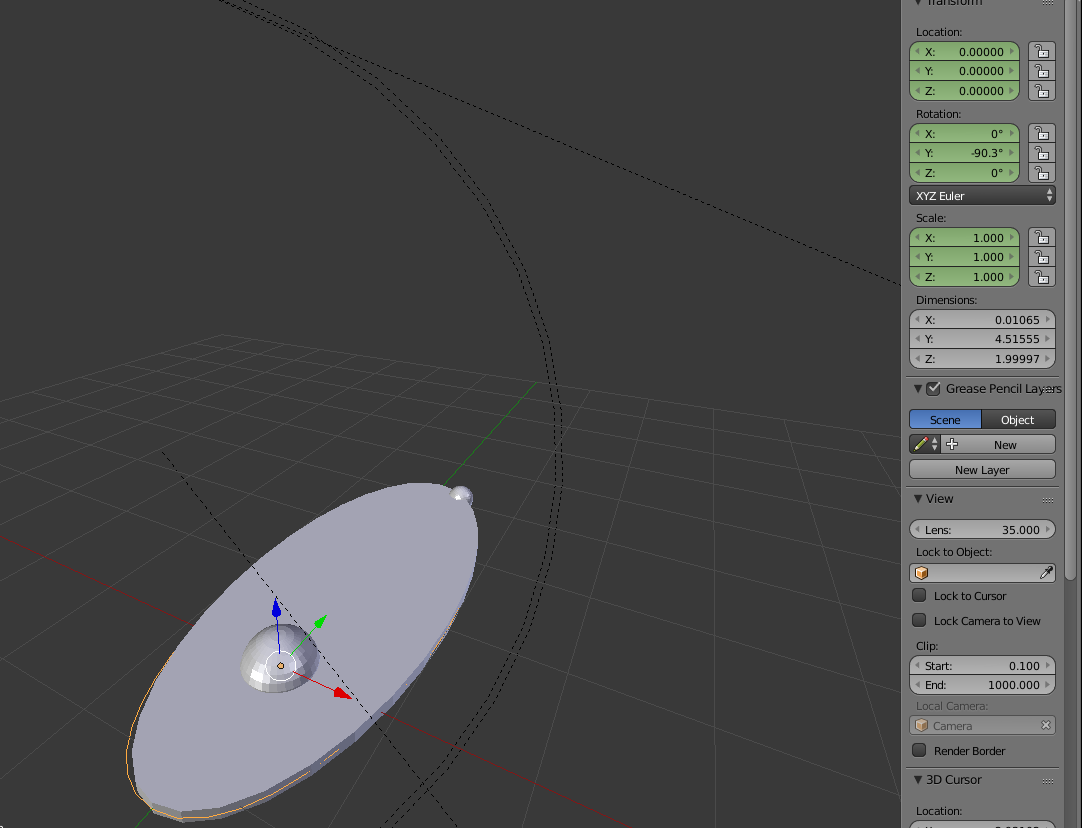 Next, I want to perform several rotations on the ellipse in space.

What is a simple 30deg x-rotation for the ellipse cylinder object is a -90 x, -30 y and 90 z rotation for the Bezier curve, which it accomplishes at a different rate. In this image you can seem them both rotating, but the Bezier ellipse lagging behind the cylinder. 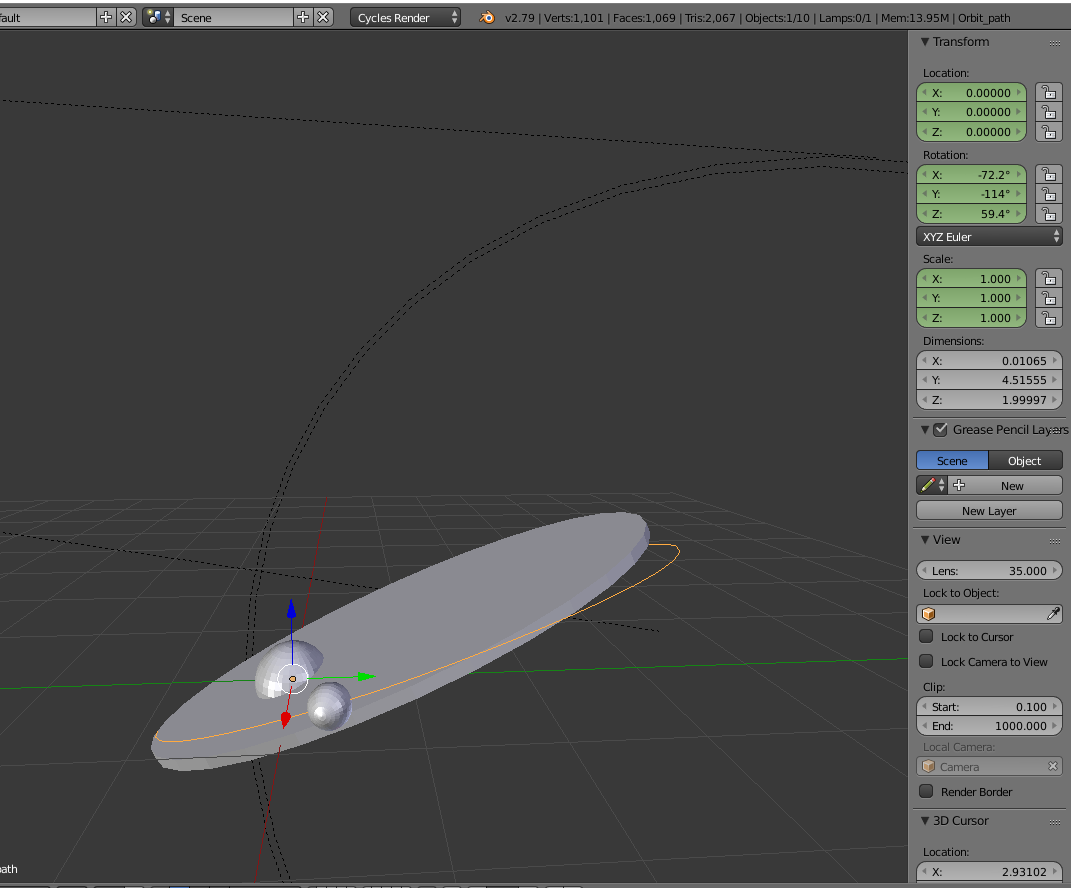 Any idea what might be going on and how to fix it so they all rotate together at the same speed?

No idea why they behave this differently. But you could try parenting you curve to your object by selecting the curve first then the object (with Shift held down) and hitting Ctrl+P on the keyboard. Then you can animate your cylinder object and the curve will follow automatically.

0
bezier curves to flat mesh
0
How to make the circumference of a Path/Bezier Curve Low Poly?
0
Bezier curve lacking handles
1
Creating a spiral along a bezier path
0
Cannot make plane follow bezier or path
0
Getting 90 degrees out of a bezier path