I've got a very simple mesh for which I can't figure out why I am not able to get an undistorted texture (using Blender 2.80, but exporting to FBX and importing in 2.79 has the same results): 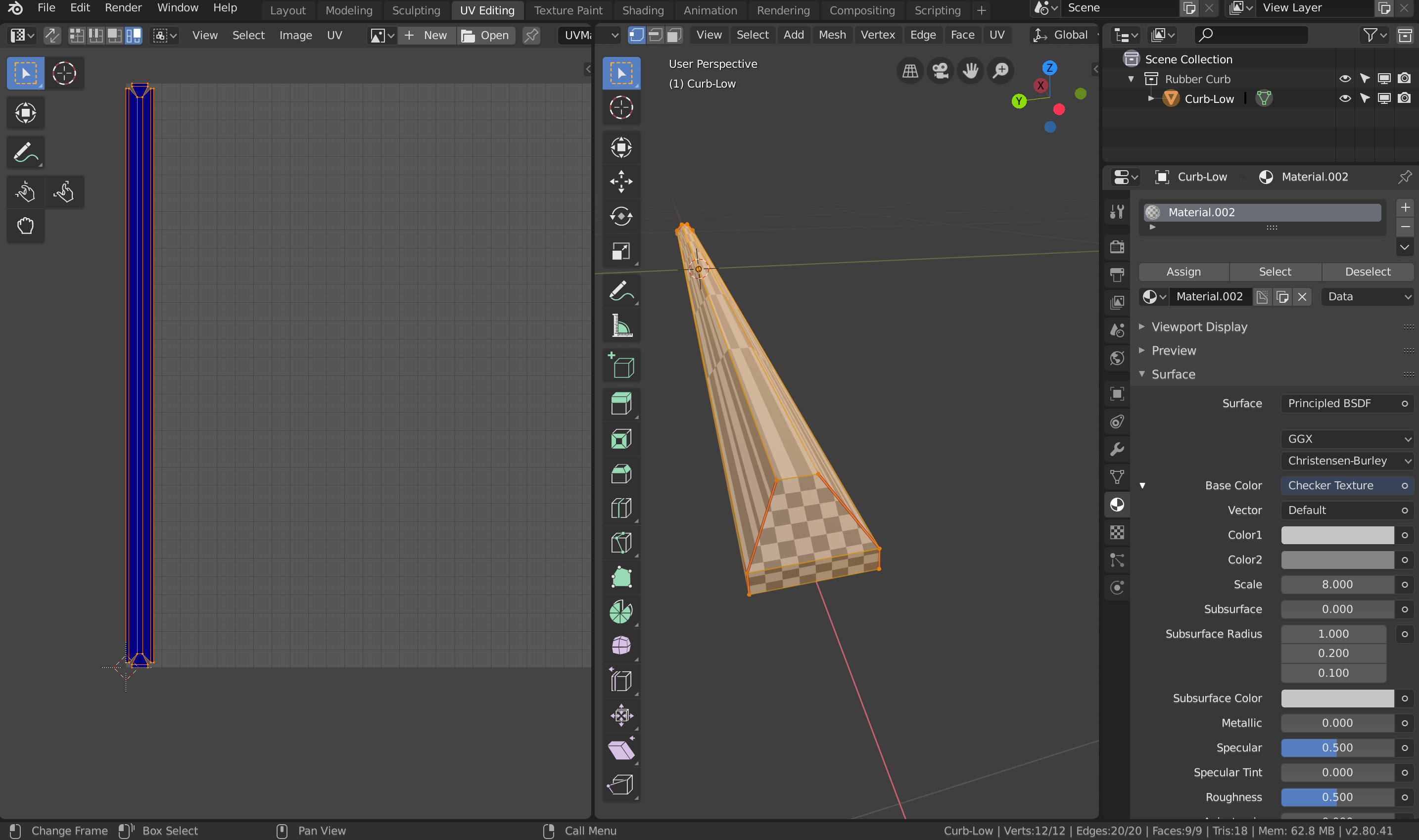 Another interesting thing is that if I adjust the UV map (e.g. make it shorter) it doesn't seem to have any effect on the texture. I have already applied the scale/rotation, prior to uv unwrapping. I've tried subdividing the long faces and unwrapping again, but that didn't appear to help. I've also tried recreating the object from scratch in a new file, and initially the uv mapping resulted in textures as I expected, after a bit of poking around in the uv mapping, it ended up stretching the same as the original.

The maddening thing is the geometry is so simple I'm pretty sure I could calculate the uv coordinates manually.

The reason is that your generated checker texture does not use the UV-Map. Go to the Shading workspace, add a UV-Map node and connect it to the Vector input of your Checker Texture. 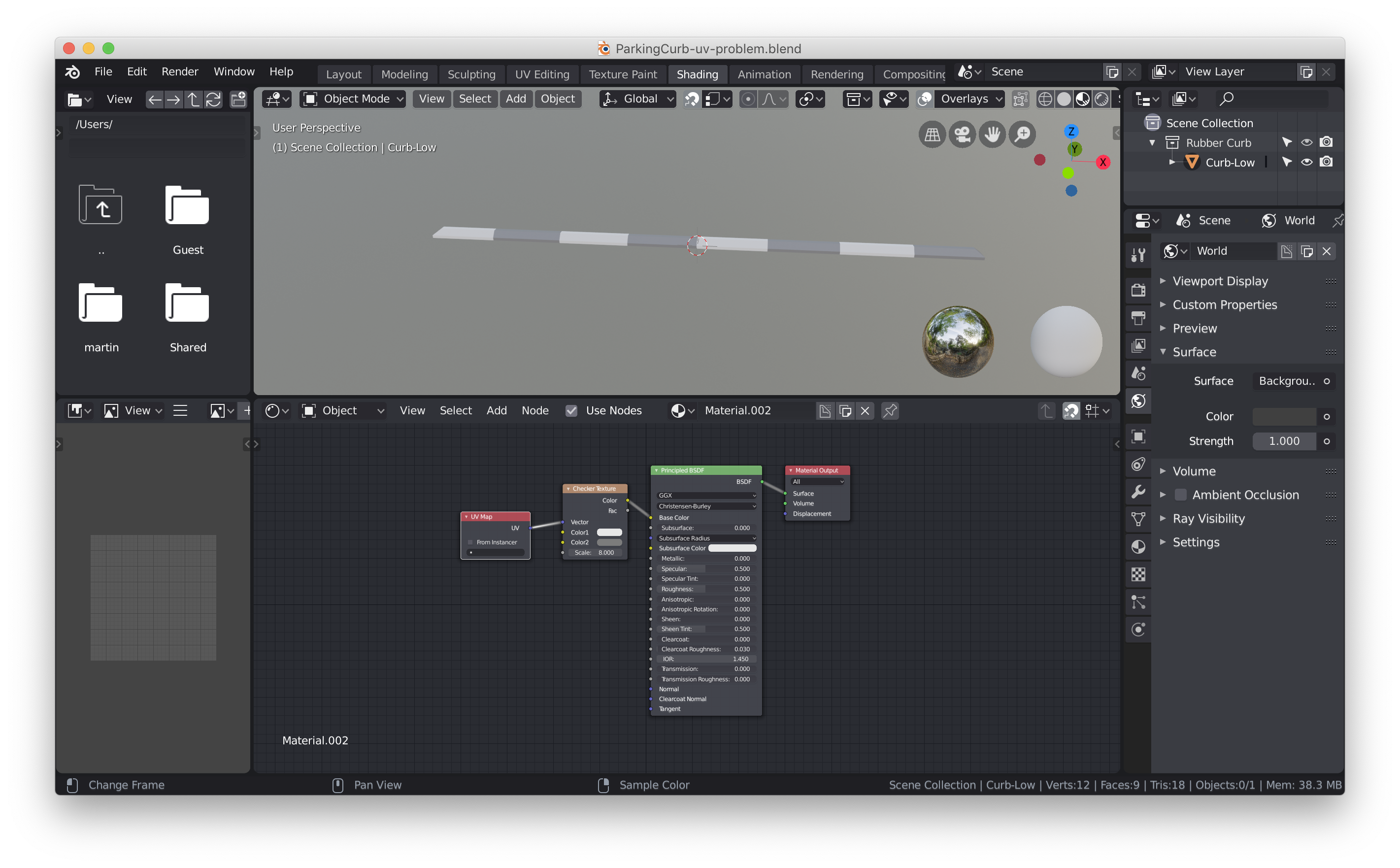