How does one go about creating an AI of a Car that can find the shortest route around a track? 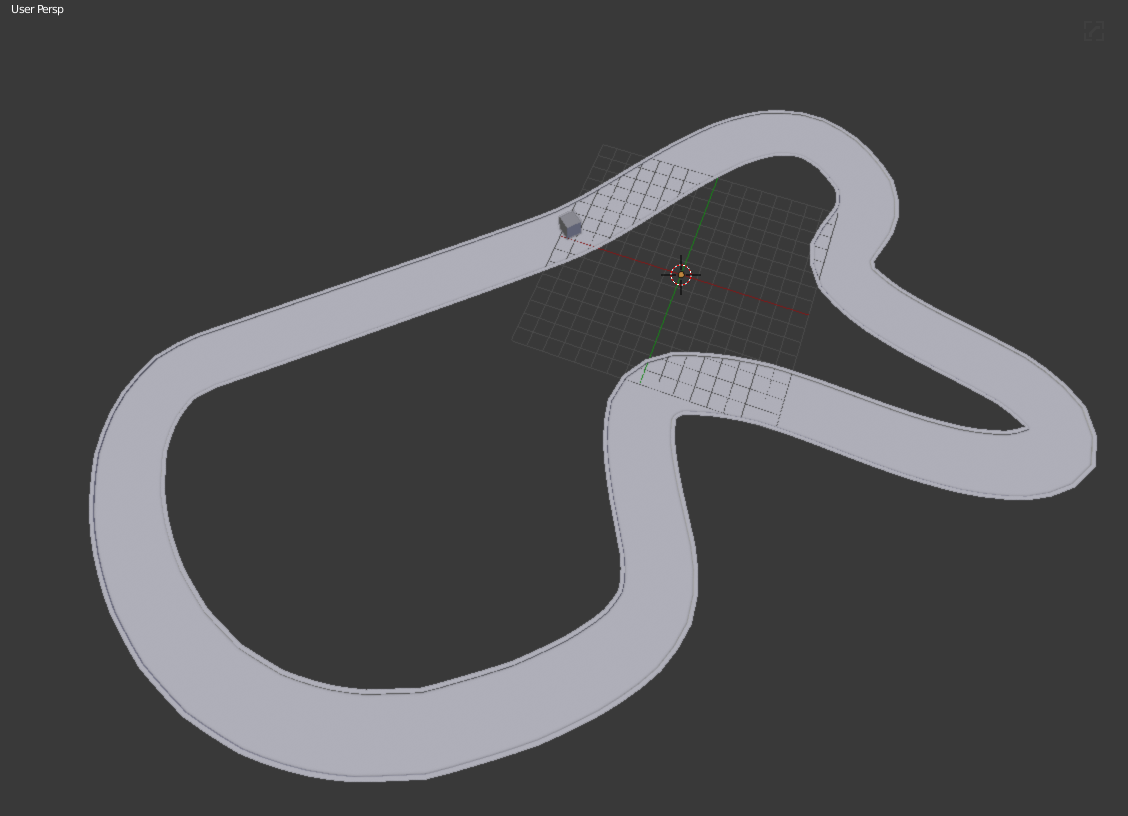 That is my track and the cube is a placeholder for a car.

Any help is appreciated :)

Edit: I've tried How to make car AI in my game? , but for some reason it doesn't work on a circuit - only works on point A to B.

It doesn't work with a loop, cause the car try to find the shortest path to target : so when it reaches it, it just stop.

One solution is to split the circuit in two parts (two Steering actuators*, two navmesh, two targets). When the car reaches the first target, she stops using the first Steering and start using the second one, and try reaching second target.

At start, a property "part" is set to 1. The first two sensors are then True, so they will activate the first Steering actuator, and try to reach "first target".

To detect that it reaches a target, you can use an invisible collider : a Static object, with "Ghost" checked (so the player can pass through it), and "Invisible" checked. The object has a unique Game property : ie "first target", "second target". On the car, a Collision sensor with the same property activate a Property sensor and change the value of "part".

When the "part" changes to 2, the first two sensors are now False, but the second couple ("Always.001" and "part 2") are now True ; so the second Steering is activated.

When it reaches the second target, "part" become 1 again, and so on.

In the example, I enabled "Check physics visualization" and showed the property "part" during the game ; so it's easier to understand.

It will be cleaner to use two States (you can see them as "behaviours"), but you mentioned you where new to that, so I tried to keep it simple.

It's probably possible (and easier) to use only one navmesh, and just switch targets

3
Can I use cycles renderer for a game?
0
Finding closest distance from point to mesh in BGE
1
Camera moving at same speed as object
0
Blender Game Engine Python Flipper Animation
1
How do I move game pieces around a three dimensional board in a turn based game?
1
no friction in blender game