I have created a water simulation and set a cube inside the domain to fluid. I was wondering what the best way to make a big lake of water (with realistic ripples) would be. No tutorials seem to go beyond still images or using an inflow. In my final render I plan to have the scene at night, and have a shot low to the water, then have the camera glide just over the water. I am hoping the water will look something like this: 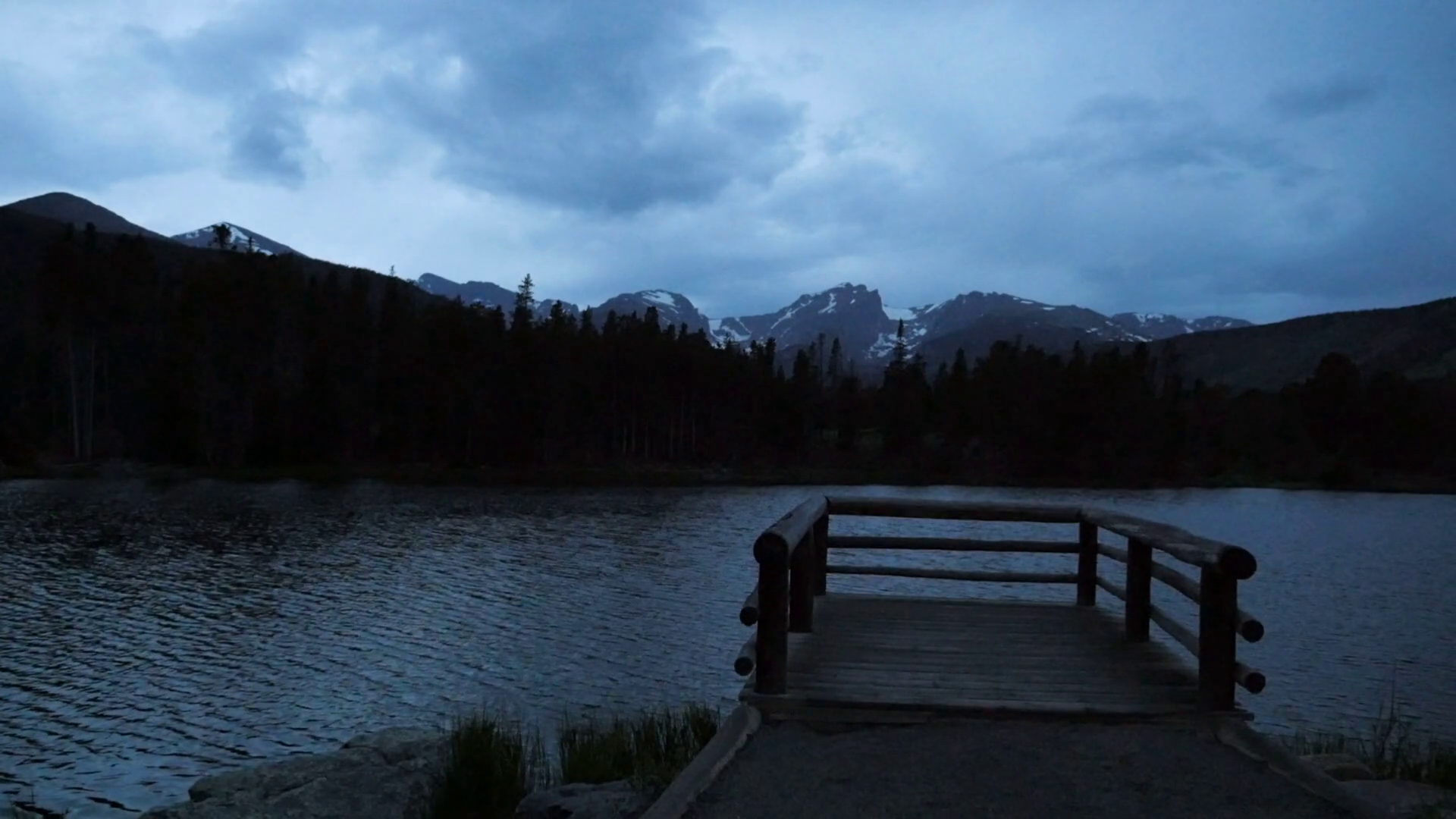 For a large rippling body of water such as a lake, rather than use a fluid simulation (which would require a great deal of simulation time to get believable results) you can combine multiple waves to give the effect of ripples on the surface of the fluid - similar to that in this answer. However, if you don't need it to be seamless, you can use Wave textures instead of plain Sine waves with the Distortion significantly increased - this will reduce the number of waves you need to combine to get a believable result.

For example, consider the following material : 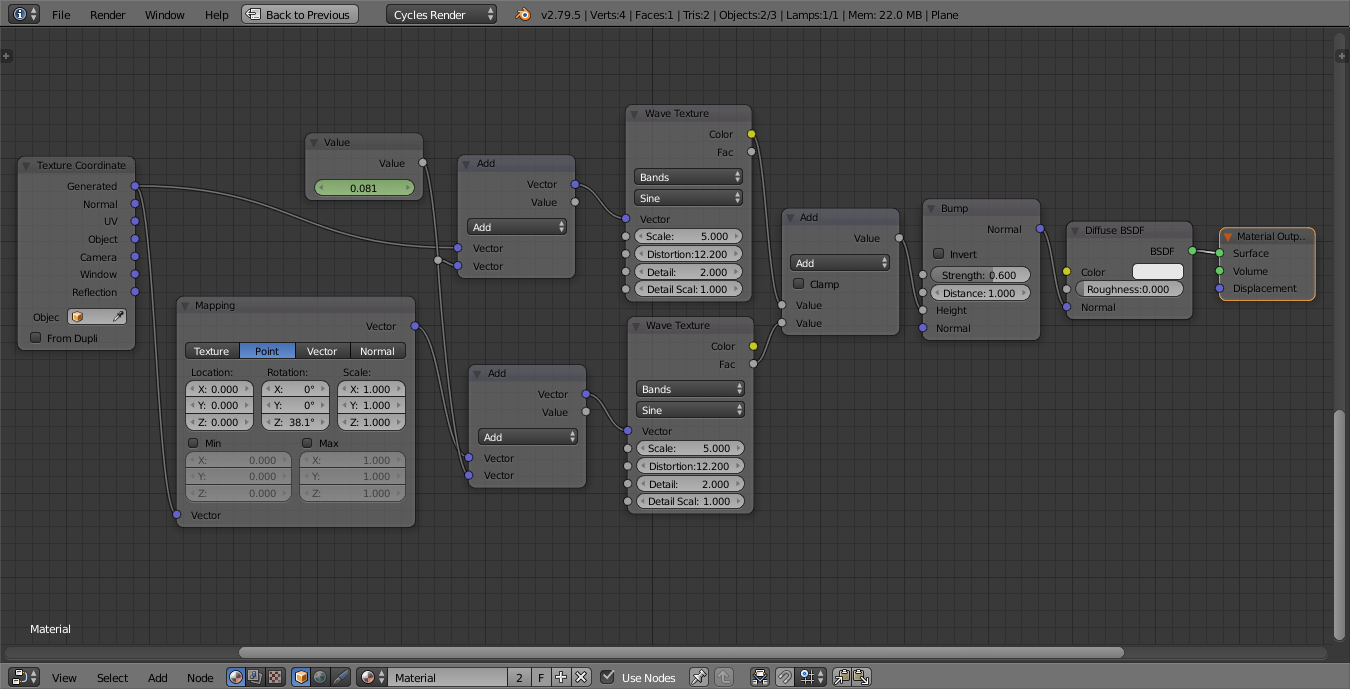 Here, two Wave textures with high noise are combined via an Add maths node and used to drive the Bump of a flat plane. Note that one of the Wave textures has been rotated via the Mapping node.

The Value node is keyframed to vary the offset of the Wave textures - to move the waves 'forward' as the animation progresses.

By adjusting the rotation, Scale, and other Texture parameters you can get quite a pleasing effect as follows :

Note that this is using the Bump node to generate the Normal. If the water will be viewed from a very shallow angle it may be preferable to add geometry and use True Displacement to create actual waves in the mesh.

Not the answer you're looking for? Browse other questions tagged rendering fluid-simulation scene or ask your own question.

0
Fluid is not generated
0
Water rests about half an inch over cup from inflow
1
fluids simulation : do not fill domain?
0
Fluid simulation - filling up a letter