Is it possible to have seamless material blending on two separate objects?

I'm looking for a way to make more seamless joints between separate objects when rendered with cycles.

I've noticed that joining multiple meshes will create a seamless edge, even between different material types. I'm hoping to accomplish this effect without having to destroy non-mesh objects, such as paths.

Here's a demonstration of the issue: 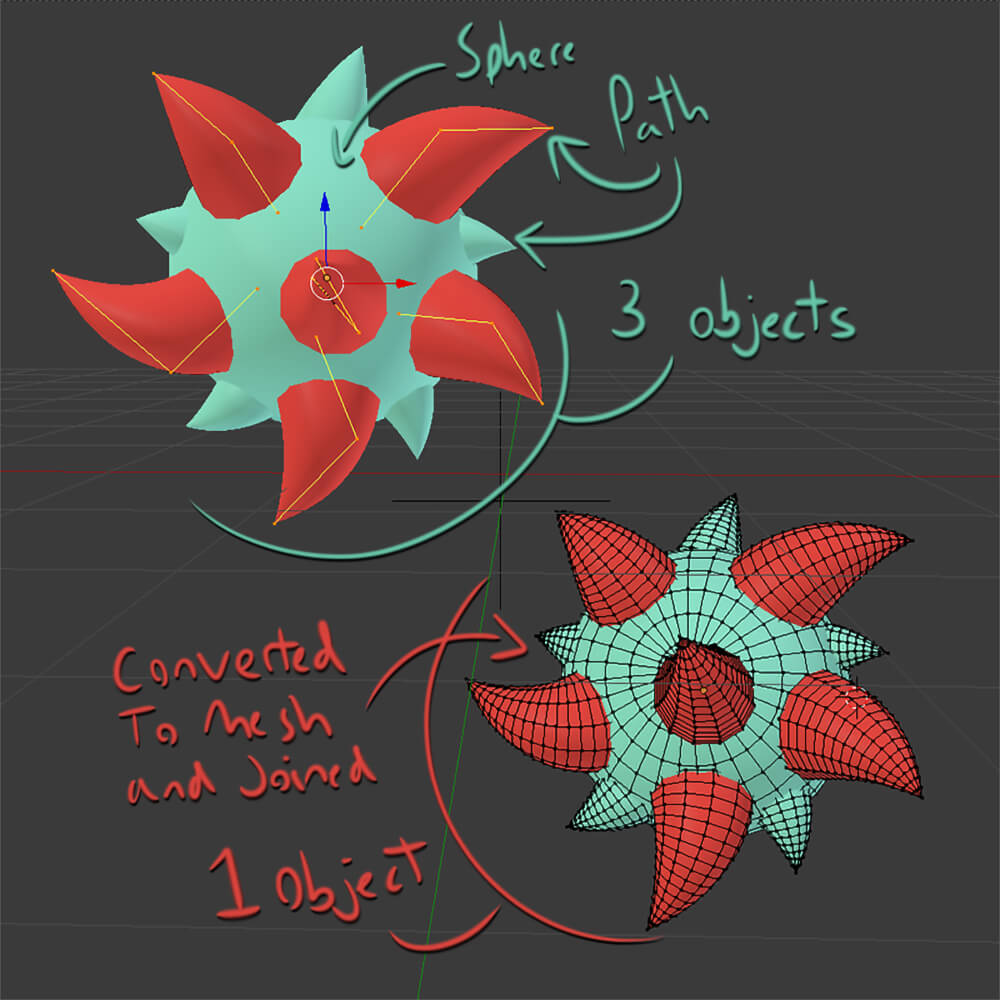 The top left is three separate objects, two paths and a sphere.

In the bottom right, the paths have been converted to meshes and joined with the sphere as a single object. 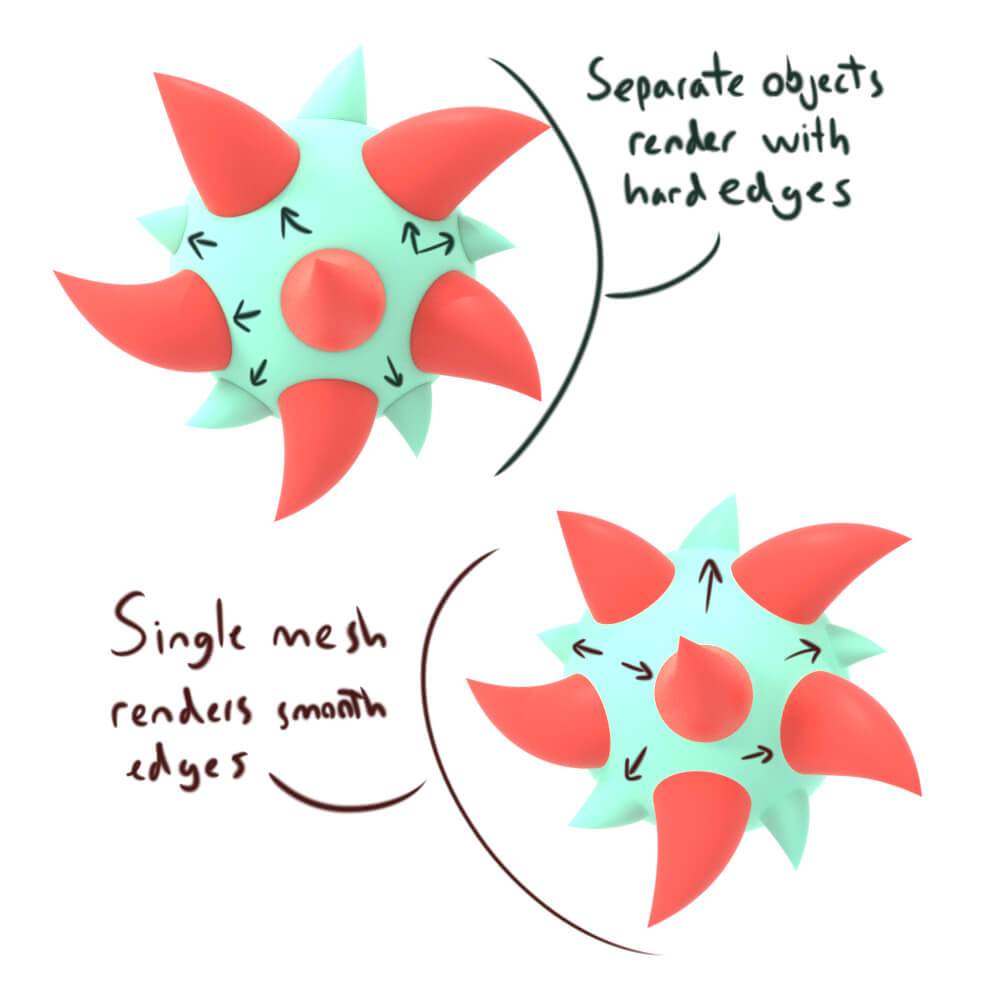 Is it possible to get these more seamless edges without having to join everything into a single mesh?

I was working on expressions with shape keys and kept running into issues where manipulating the mesh of a body would break the face and vice versa. I disconnected the two for more control (i.e. two objects), but ran into this issue again. I figured I'd just fix the edge in post, but happened to notice a difference when adjusting the subsurf value.

Looks like the way light bounces around inside of any given object will generate darker spots where objects overlap. Handy to know for certain effects. It also happens to be the reason for my hard edge issues. (educated guesses here)

Here's a quick and dirty demonstration with four separate objects: 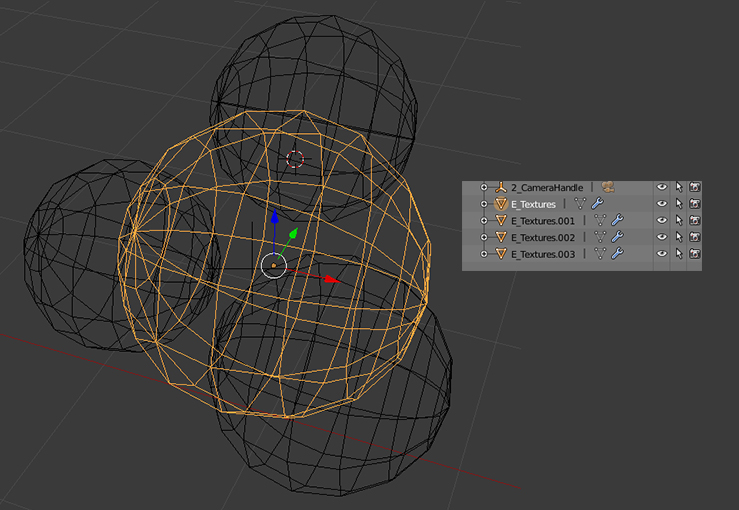 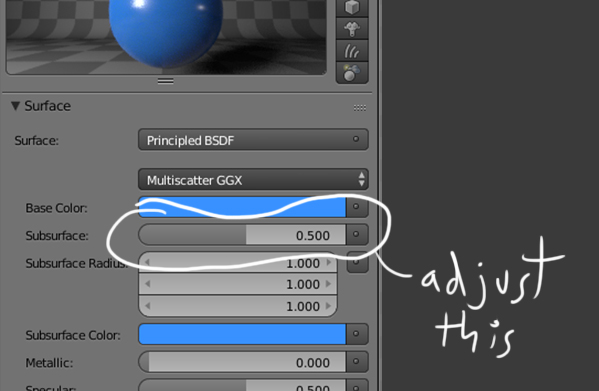 The 'hardness' of that clipping edge is dictated by the level of Subsurface applied. Top two renders have the value at .5, and the bottom two are 0: 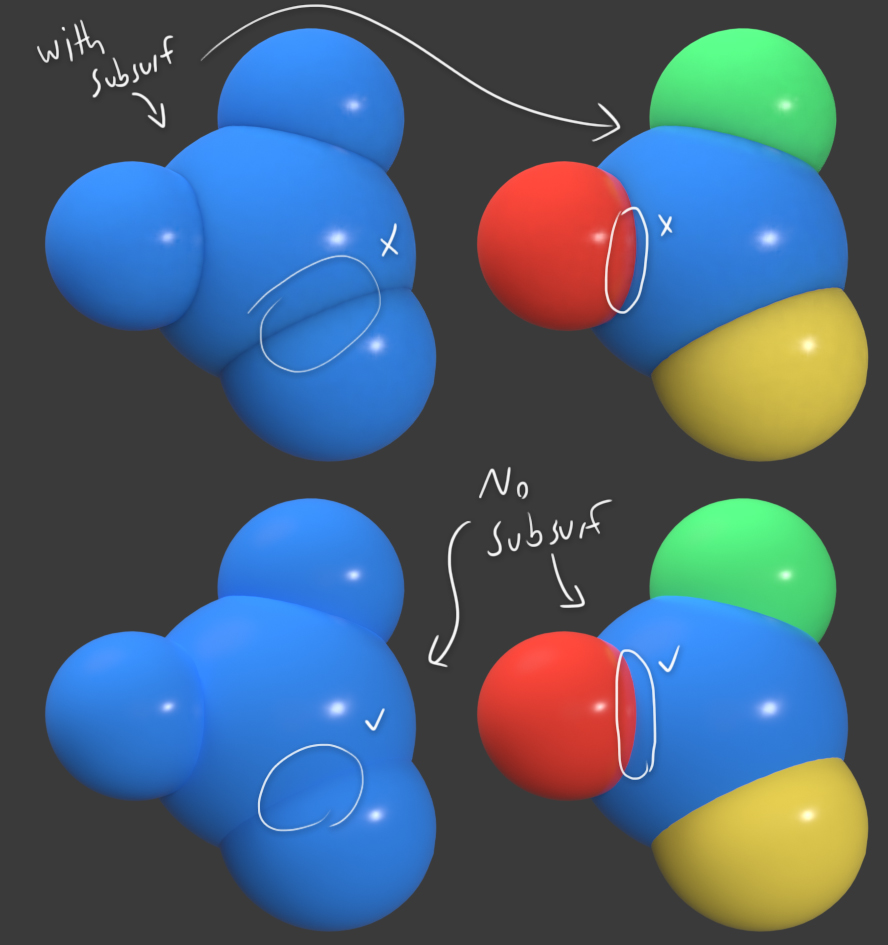 Fairly simple once I realized what was going wrong. It's worth noting that a combined group of meshes (single object) won't have this problem since the surface is treated as a whole instead of separated bits.

Not the answer you're looking for? Browse other questions tagged cycles-render-engine mesh materials node-editor objects or ask your own question.

0
Using two or more separate UV maps and textures on the same material and model
6
Random color on multiple multi-component objects obtained by applying an array modifier
0
Make vertices of a mesh "match" an adjacent mesh
2
How to join only two objects to create a new object using Python
1
How do you remove the object line between two objects when joined?
3
One-material Gradient between two objects? (Object Node/Manifold complications)
1
Correct way to separate mesh into two subdivided parts
0
How do I separate an array of objects where each object are two joined meshes that I don't want separated?