So I would like to use Retopoflow for Blender 2.8 but it requires an update by the looks of it, so I searched around for a solution but no luck. Any idea on how to update it? Thanks for your time. 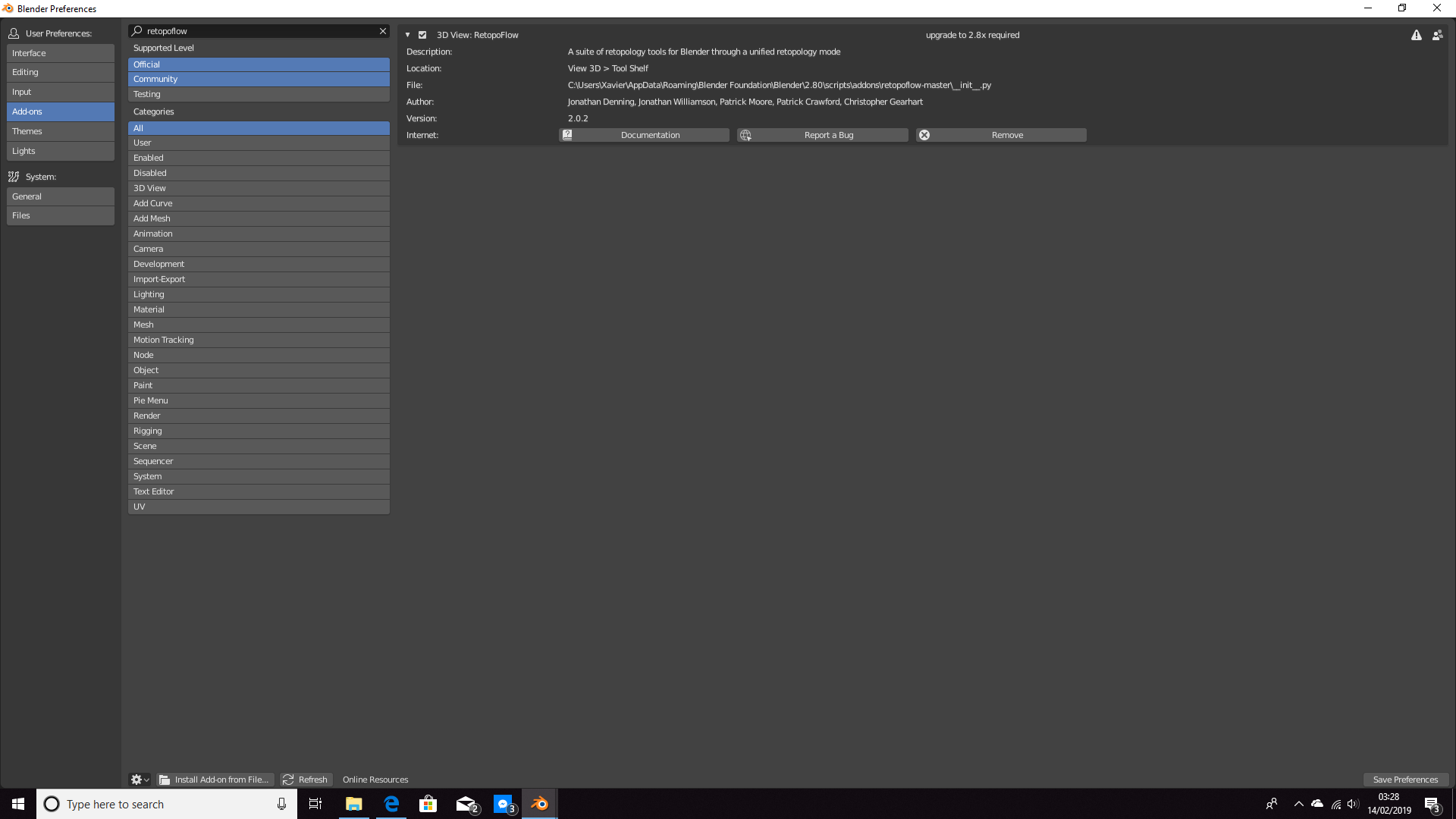 Retopoflow is an add-on that is still in heavy development, and the authors would need to do the work to update it since there are many changes in the way Blender handles graphics now, as well as API changes for python.

I would have preferred to post this as a comment but I need to have 50 reputation to do that.

As has been stated, the authors have stated that a 2.80 version will be produced and that work would begin once the API had stabilised. I would assume from that the at least initial work has therefore begun as the API was declared as stable when the public beta launched.

The point I wanted to contribute however was a tip on working between versions. I have found a number of issues with the import/export addons, which again translate back to the current beta status and the fact that most import/export is considered as an addon to the core functionality and thus lower priority.

What has worked really well for me so far is (surprisingly) copy/paste. It will no doubt depend a lot on the structure of your objects but in my case I have been able to select the objects I need to retopo while in 2.8, ctrl-C to copy them, then tab over to Blender 2.79b and paste them in (ctrl-V). Occasionally I find the copy/paste buffer is not picked up, but reselecting and repeating fixes that so I suspect human frailty more than bugs, is responsible for that.

I hope this helps. Perhaps a Mod might copy this up to a comment on Craig's response as it's not really adding anything new to his answer but simply offering some further hints for Craig's suggested workflow.