I've been trying to make Source model in blender completely animatable by using and modifying Source armature. I've Successfully imported it into Blender.

Right from the beginning I noticed that armature positions in edit mode and object modes are different. I thought that this wouldn't be a big problem since I wouldn't be using edit mode much.

When Trying to add additional bones as controlling bones for IKs and Pole targets, added bones would have correct position in the edit mode (in which I added the bones in) but wrong in object and pose mode.

This seemingly worked fine as the bones and the mesh in the edit mode and object mode were having the same visible location. But when rendering, the final picture in the render was wrong. Even the rendered view in viewport was showing the correct position for everything, but in render, it appeared like I did nothing to fix the problem.

I discovered that it goes to wrong poses after render (or cancelling the render) and after opening saved file. I don't know what causes this.

Here is my .blend file for everyone to see. Since the problem comes back after opening the saved file, you won't be able to see what I did to fix it, but you can repeat my steps. Hope you get my point. Thank you in advance!

This is a file showcasing that the object mode and edit mode for mesh and armature aren't matching.

Here is total default file imported straight from CSGO, in case if you want to try something new.

The procedure for having your shoot as rest position for both the mesh and the armature is this: 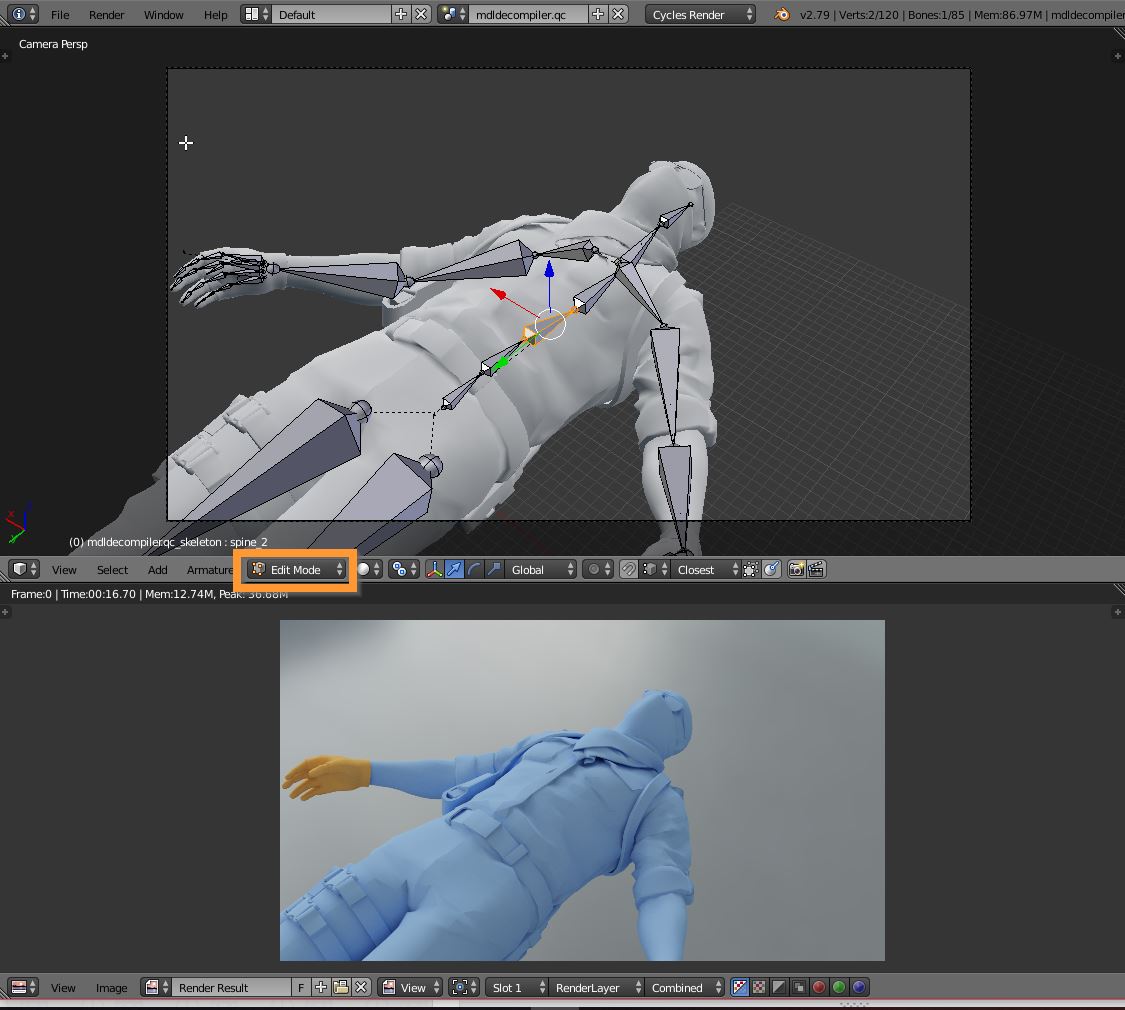