I'm creating a model which is intended to be mostly symmetrical. So far, I've simply gone about being careful to keep things even on both sides; most of what I've done so far has involved loop cuts and straight cuts along one or two faces, so doing it manually has been pretty easy.

I'm not even sure where to begin with this task though. I want to add some cylindrical dials to a face, but I have no idea how I'd go about doing that properly just once, let alone doing it symmetrically. The only way I could do this using what I currently know would be to hack and slash a circle out of the face with the knife tool and then extrude it, which would likely be messy and very difficult to replicate in a clean and symmetrical fashion.

I apologize if I'm asking a very basic question here, I've looked about for a while but I haven't found a solution for this yet.

In the 3D window, mesh menu, there is a "Symmetrize" function that you can activate. Another method is to delete half of the mesh, then add a mirror modifier (and eventually apply it) checking its "clipping" option to set a threshold in which central vertices will be merged. 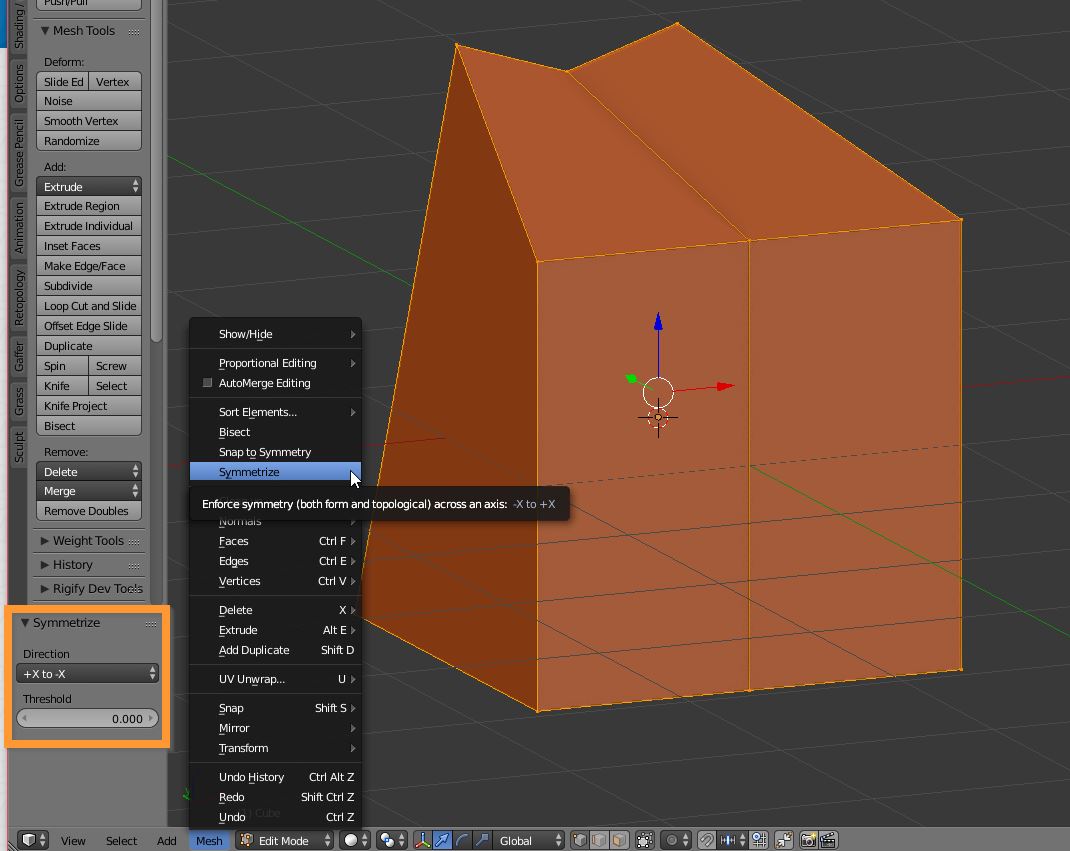 2
Trouble with simple deform on an array
1
Problem adding details to the top part of a model using boolean
3
Using existing topology to model details and grooves
0
Adding details to low poly model for 3d printing
6
Modelling a full Windsor knot on a necktie
3
How do I do topmod style loops in Blender?