The depth map generated by the Cycles rendering engine seems to have (radial) distortion, while the Blender renderer does not.

However, I could not find anywhere information on the internal camera model used by the Cycles engine, leading to this very post.

With the Blender default scene and default parameters, I use a Viewer node connected to the Z Render layer and a python script to read the generated depth map, compute 3D point coordinates and export as OBJ.

The node graph is very simple: 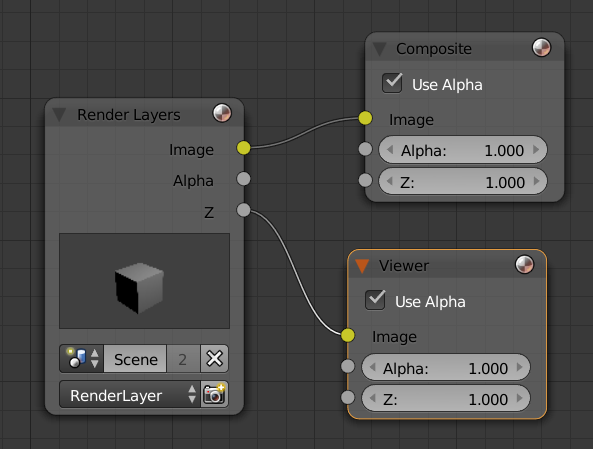 The export python code too: 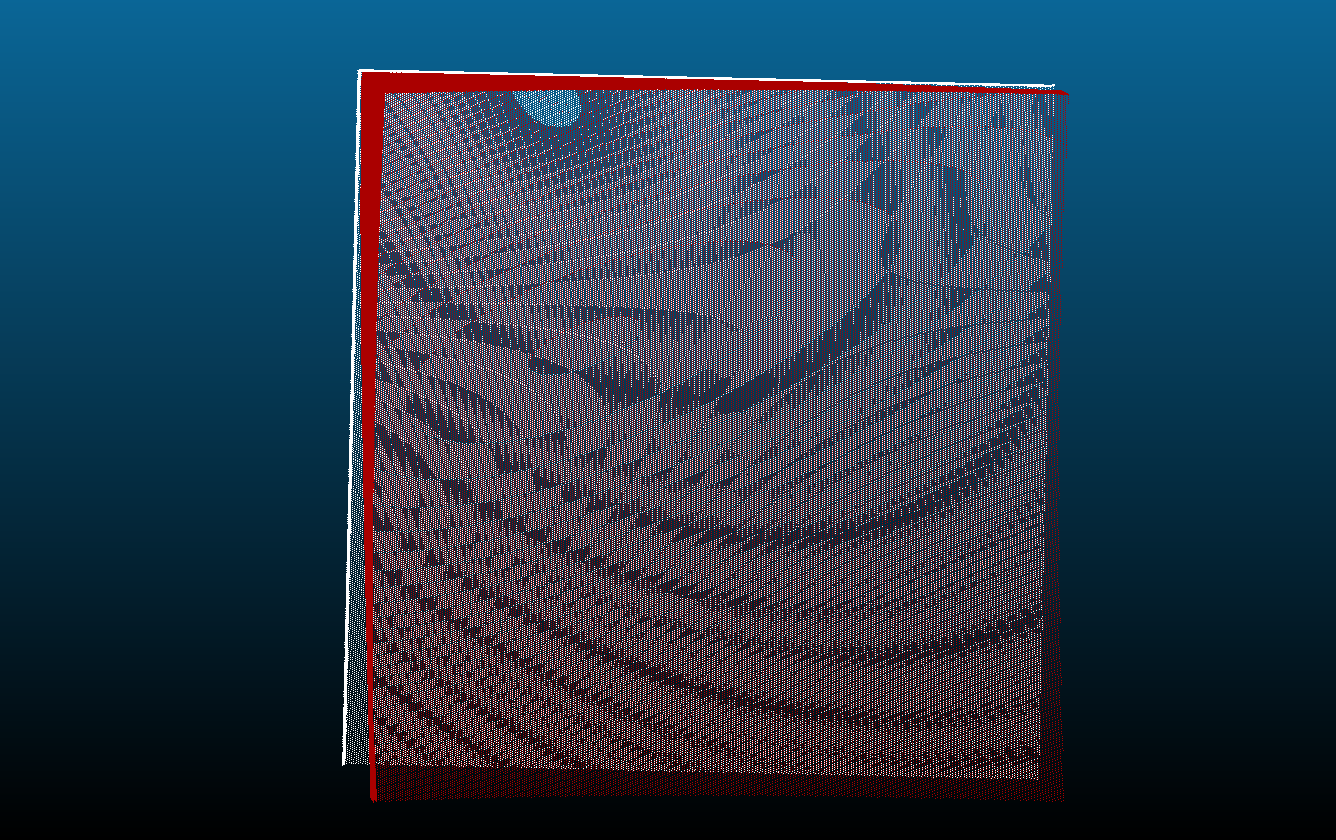 When looking at the depth maps, one can clearly see a radial distortion (Blender render vs Cycles render, exported with File Output node): 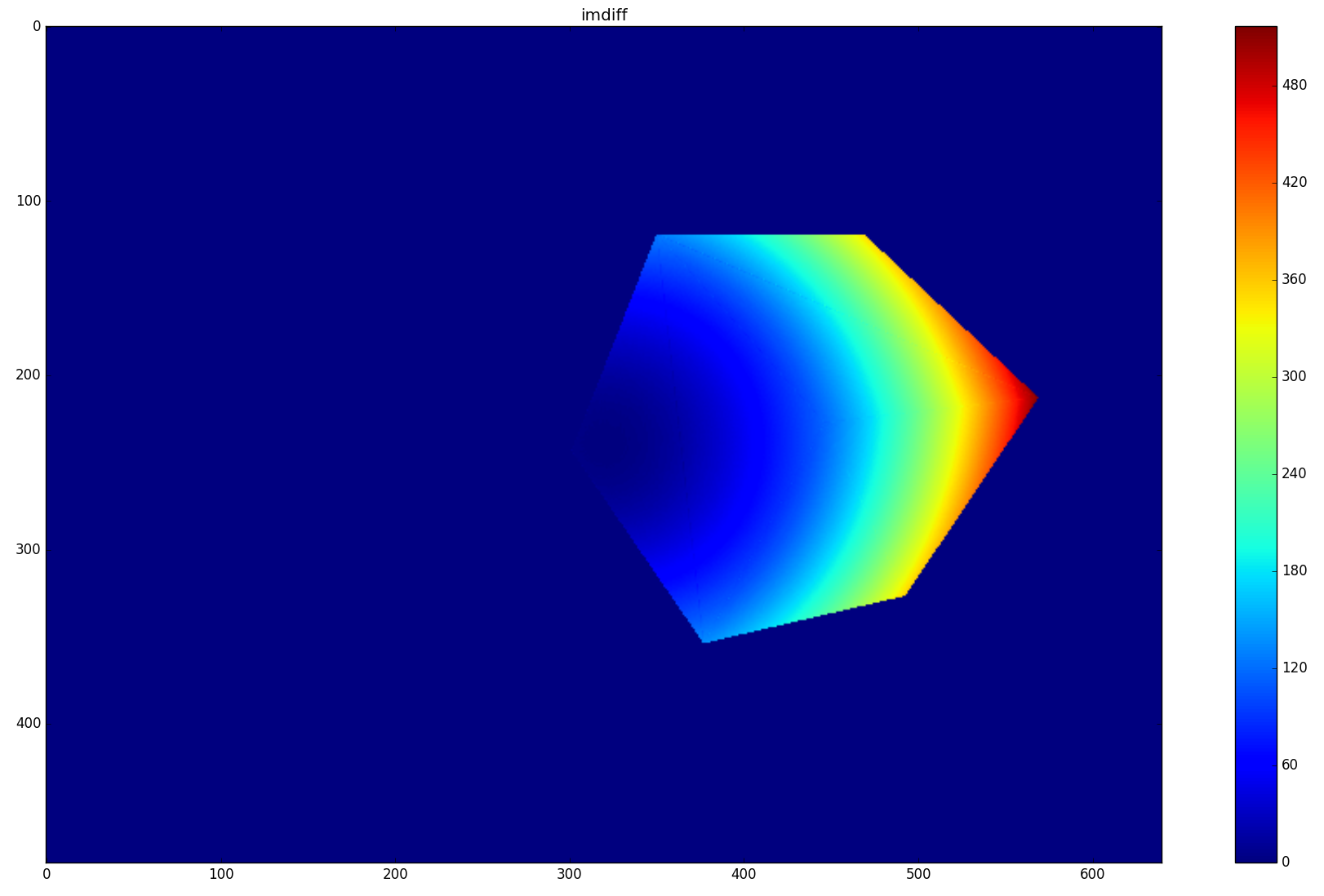 This is a cut of the depth maps (blue, green) and difference image (red) at row 240: 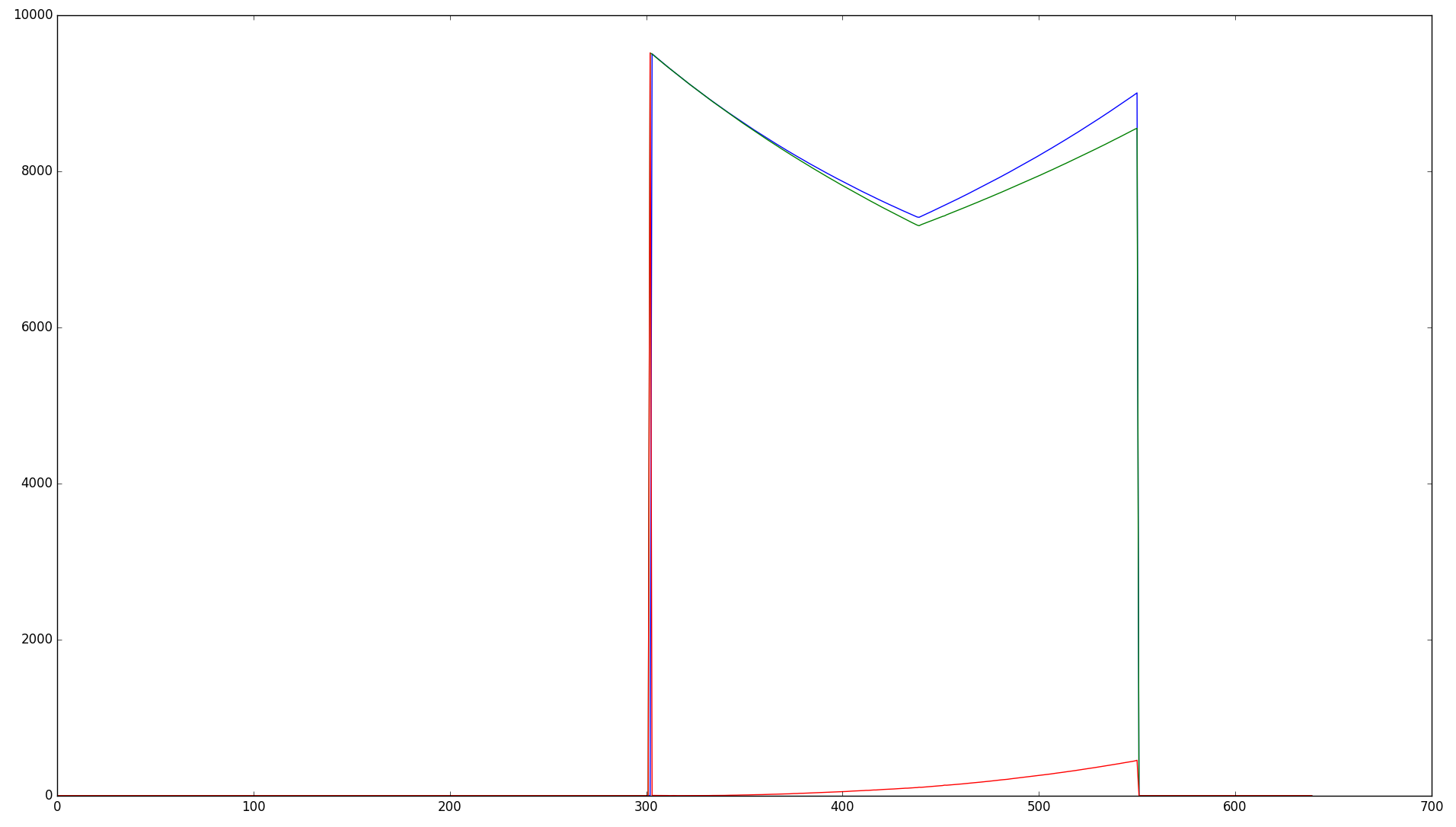 (the two depth maps being different are not really the problem here, as long as I have the correct unprojection model)

I also studied the code for Cycles (src/render/camera.cpp, src/util/util_projection.h, src/util/util_transform.h) but could not find any trace of radial distortion.

Does anybody have an idea of the internal camera model used by the Cycles rendering engine ? Or how to compute correct camera intrinsic parameters ? I guess the lens has distortion, but I could not find parameters or even code running this.

I need to be able to use the point cloud from the depth maps from different views, but with distortion they are not usable.

Thanks to the Blender dev forum, I figured it out.

The Cycles camera is a pinhole model that "uses the distance between a given point and the pinhole as its Z depth". So we cannot apply the depth to points on the camera plane, but rather points that lie on the unit sphere, hence normalized.

Here is the correct formula to unproject a camera pixel into a 3D point :

The relevant code is in kernel_camera.h

Not the answer you're looking for? Browse other questions tagged cycles-render-engine export camera point-clouds matrix or ask your own question.

8
Efficient way(s) to render point clouds of 3D scan datas in cycles
1
How to render depth or surface Normal maps that properly reflect details of 3D shapes while respecting the nature of materials (transparency/glass)?
3
Efficient Rendering of Many volumetric particles
6
Why do different render engines generate different z pass?
2
How to get accurate Z depth?
2
How to apply custom lens distortion parameters to a rendered image?