I'm new to Blender and could certainly be missing something obvious. I'm currently using 2.80 2019-02-05. In attempting to learn how to use the bridge edge loop function I'm trying the following steps

This results in a warning that I need to "Select at least two edge loops". Any tips are greatly appreciated. 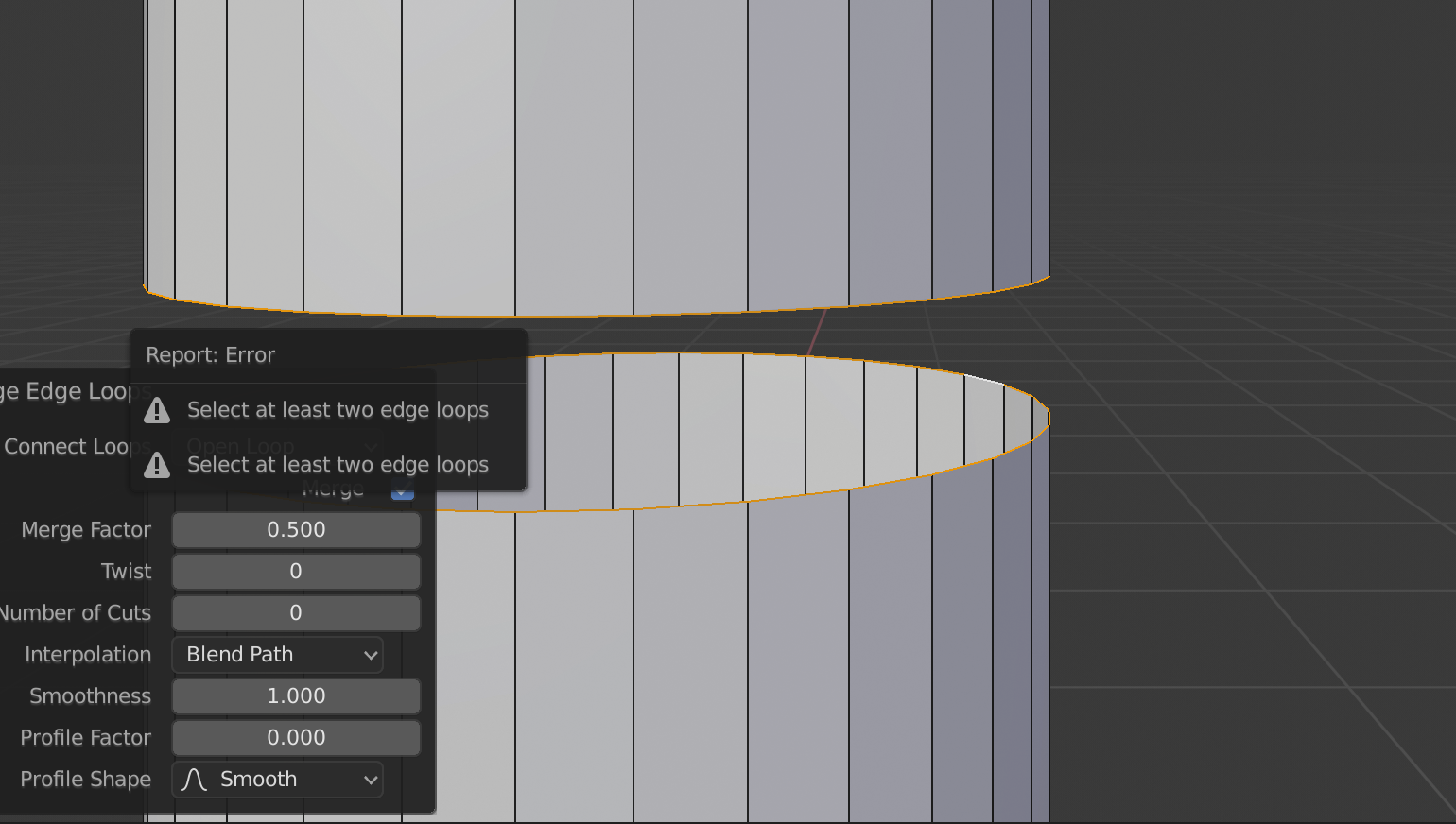 You issue here is that you are working with two separate objects. Blender can't make new geometry that connects to both objects and still have the two be separate.

To understand this a bit better, let's work through what you've asked Blender to do, and what Blender is capable of doing.

In 2.80, a new "multi edit" feature was added that allows you to select two objects in object mode and edit the underlying meshes at the same time. The key here is that the objects are separate. Once you exit out of edit mode (from working on the two at the same time) they have to again be separate, and thus cannot be joined together in any way.

Now what your asking Blender to do when using the Bridge Edge Loops tool is to make some new faces between two edge loops. Blender is perfectly happy doing that in almost all cases. However, when we think about what I mentioned before we'll see where the issue comes from. When you ask Blender to connect the edge loops, it connects each new face to both loops. But at the same time, you're telling Blender that it has to be able to separate these new faces back into 2 separate objects when you leave edit mode. Blender runs stuck here, which is why you get the error (which could definitely be a bit clearer), because there's no way for it to separate these faces back into two objects. Either each face belongs completely to one object, or completely to he other.

To fix all this, you just need to make your two cylinders one object. Blender will still keep them as two cylinders, but will treat them as a single entity. To do this, use Ctrl + J to join the objects in object mode. Now you have a single object to work with and Blender will happily bridge the two loops.