Rotating Objects In the Direction I want

I've been working on some weapons for my game, some of them having objects such as Crystals that will be rotating in game. I'm working on a staff which has 4 crystals, 3 at the top and 1 at the bottom. I want them each rotating in the direction that leads from the bottom vert to the top vert, meaning more of less the bottom and the top vert wont move much if any ( In the picture I selected the verts I'm referring to ). Its easy to get that to work on the crystals that are facing straight up and down, but some of the crystals extend outwards at around a 45 degree angle and thats before the weapons in the characters hand. I've probably spent 20+ hours trying to figure it out, many times I thought I was close or on the right track but always came up short. I've also created a dumbed down version of my staff and uploaded it so you can better see / understand what im referring to.

If I understood you correctly, you should select the crystal, under the Transform tab(N) go to Rotation, change XYZ Euler to ZXY Euler. Then press R to rotate and then Z twice to get it rotating around local Z axis. 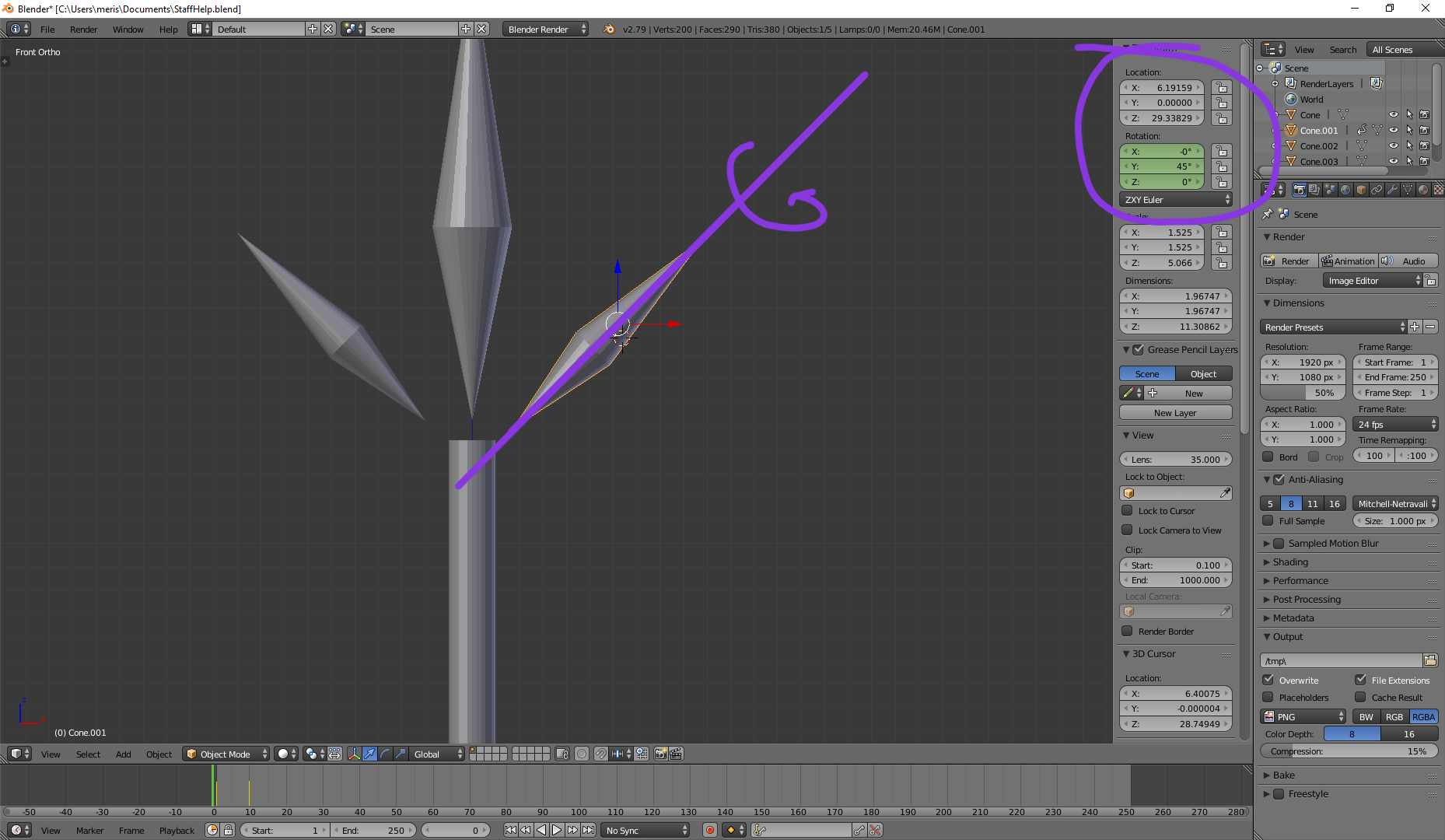