How to make a centered hexagon door consisting of 6 triangles?

I want to create a hexagonal airlock. It would consist of 6 triangular parts. I would like to use some tool that would allow me to edit all those parts at once. I'd also want it to animate them accordingly to this sketch:

From what I've read the best solution appeared to be using an array modifier on the triangular element with an object offset using an empty element at 0,0,0 and rotated 60' on Z axis. Instead of the hexagon, I've created something like this. 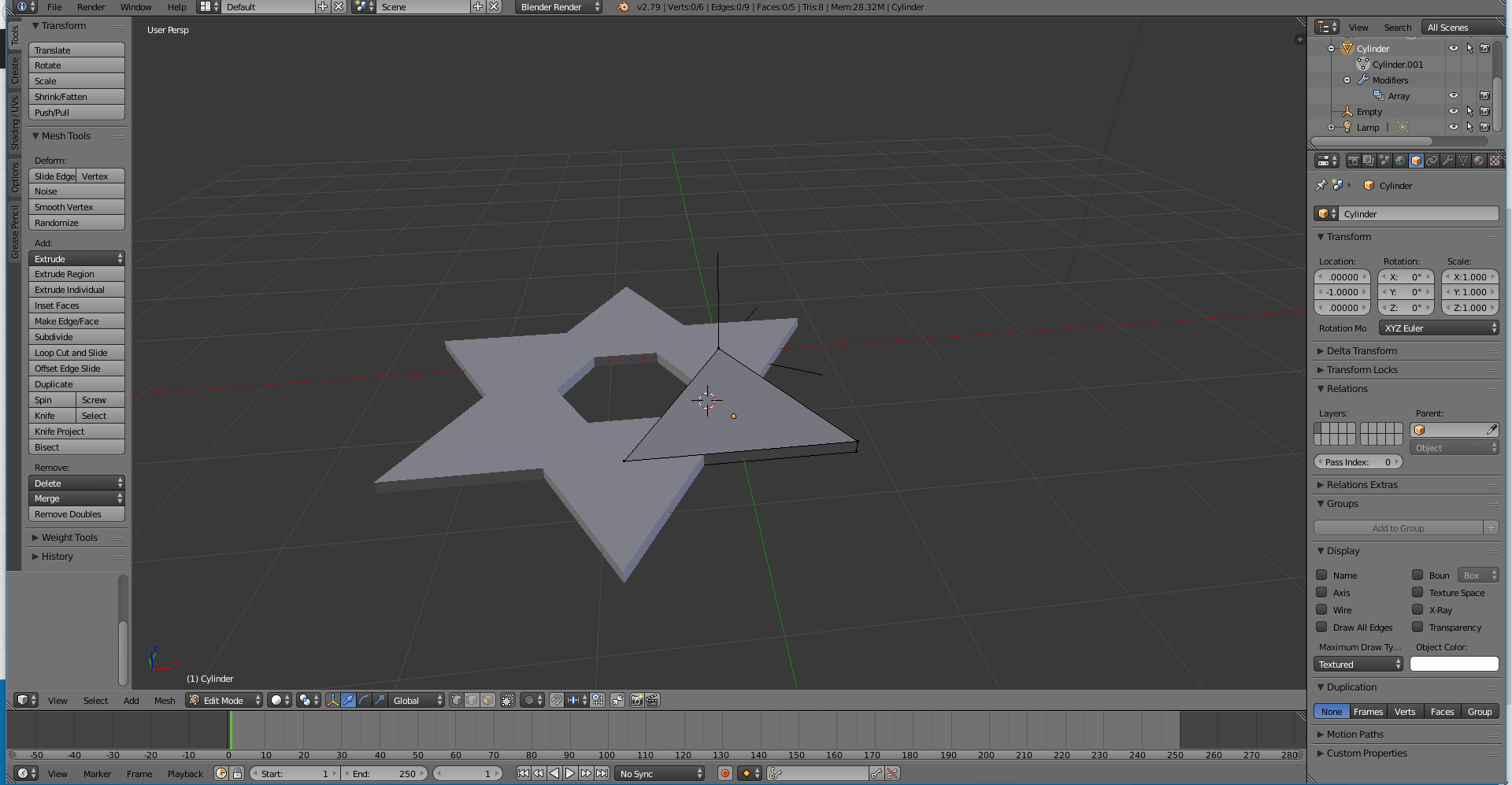 I played a little with the coordinates of the empty point and received somewhat what I wanted, but it is definitely imperfect. 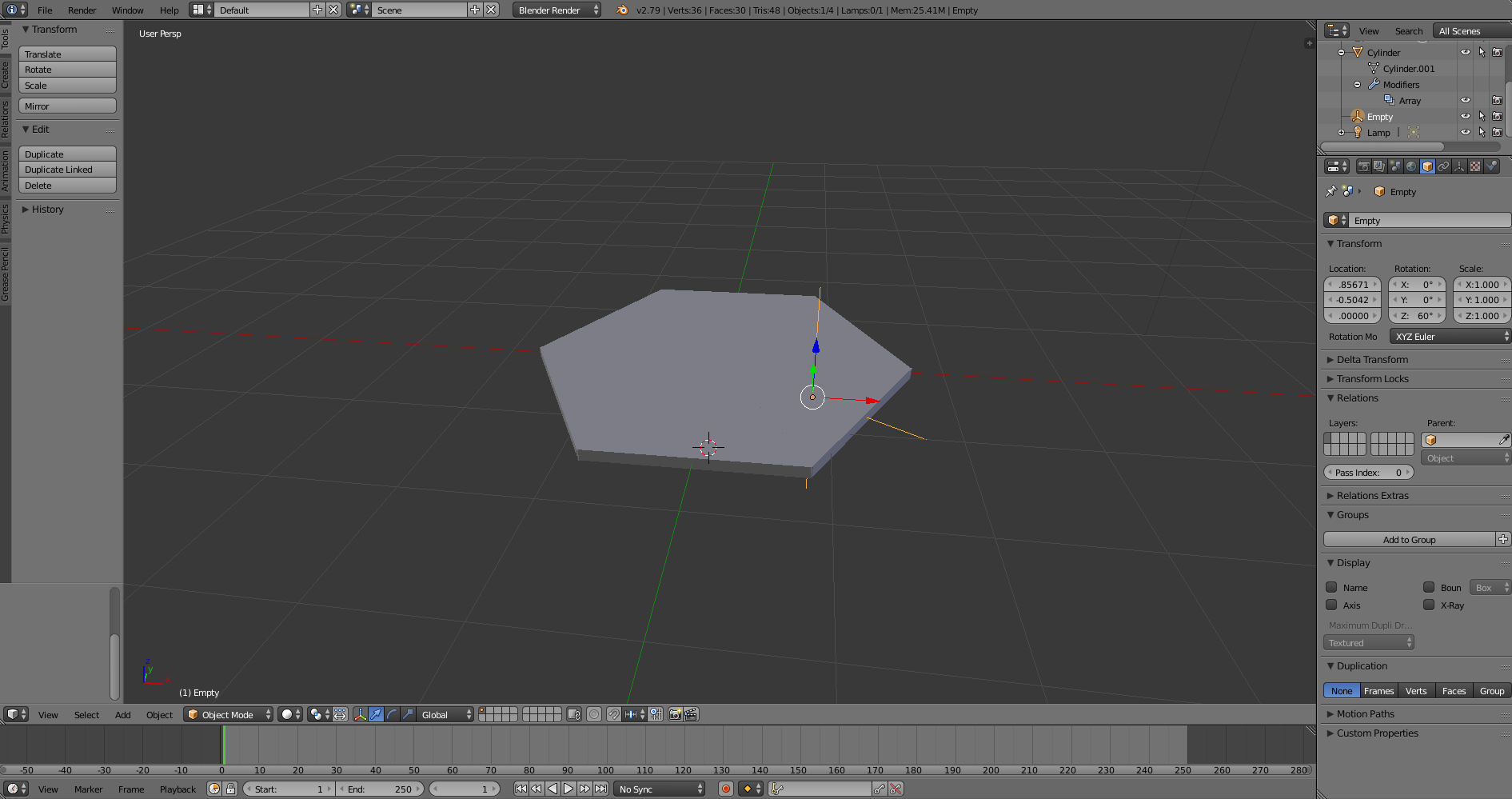 How can I create the hexagon, so that all the vertices are aligned and it would be easy to animate the mentioned way?

For the modeling, here are 3 ways:

First the simplest way, if you don't need your triangles to be linked:

If you want your triangles to be linked (so that you can continue to work its topology) you could use linked duplications:

You could also use an Array modifier:

For the animation, you can do it this way:

For the animation part, maybe a simple way is to use shape keys

From the array modifier setting you already have, add a base and another shape key named 'opening' in the object data property panel. That allow to do it without breaking the modifier setting.

The shape key is simply defined like below and the animation is done keyframing the shape key value: 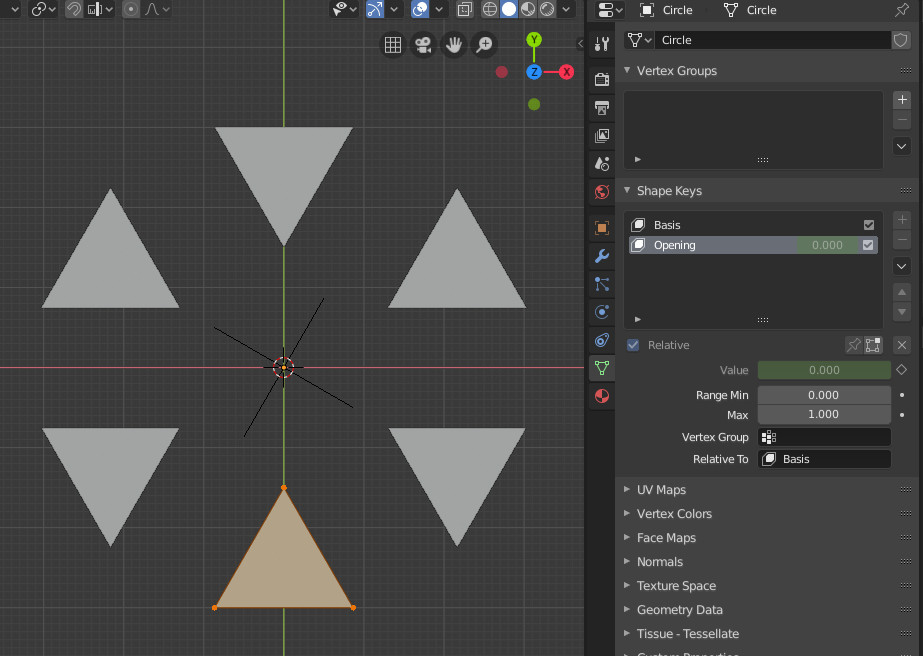 Or another possibility is to hook the vertices

In edit mode select all and CtrlH to hook to an empty. Then animate the empty.

first add a cilinder and go to the settings in the left panel and set it up to 6 vertices and you are done :D happy blending!! 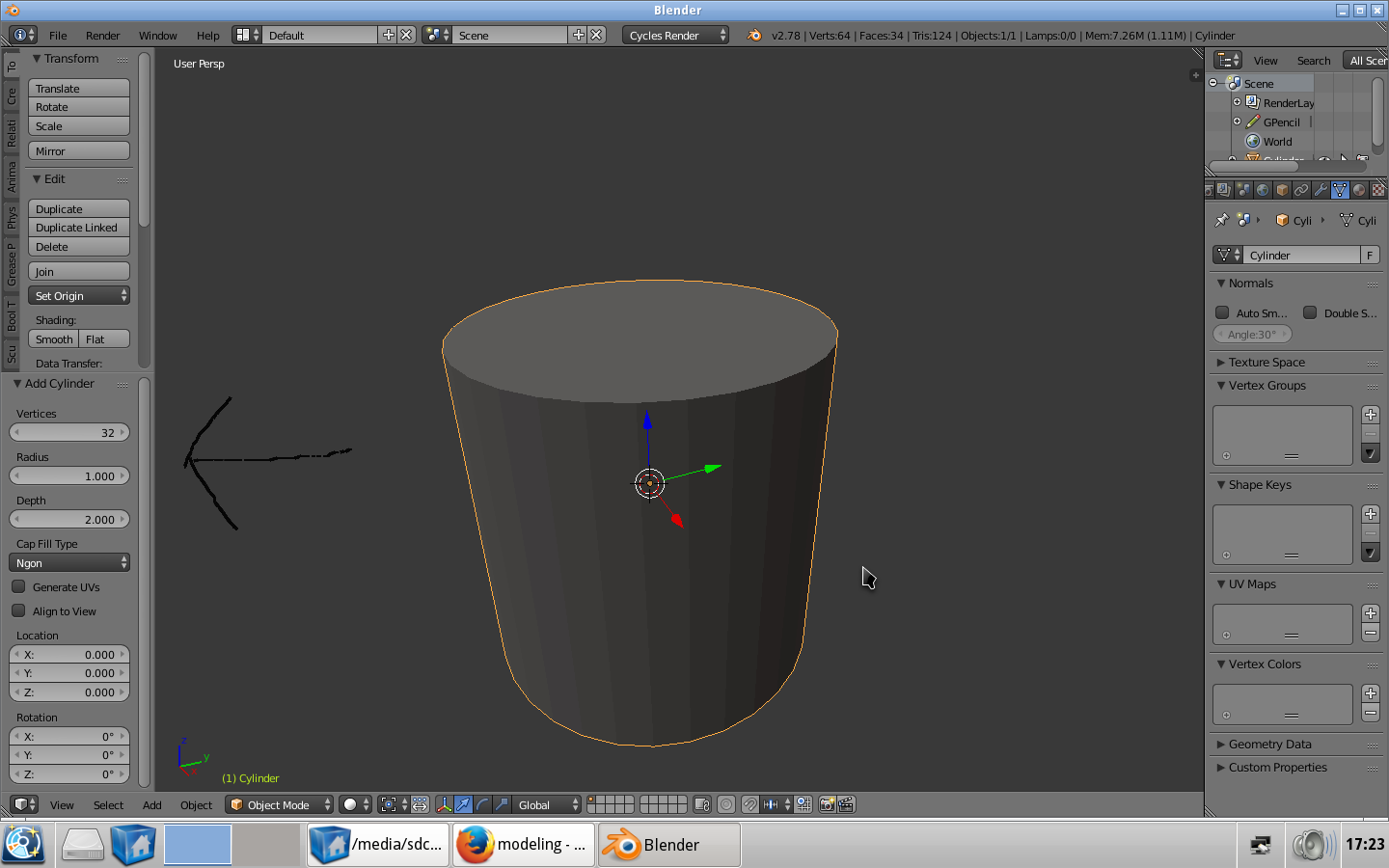 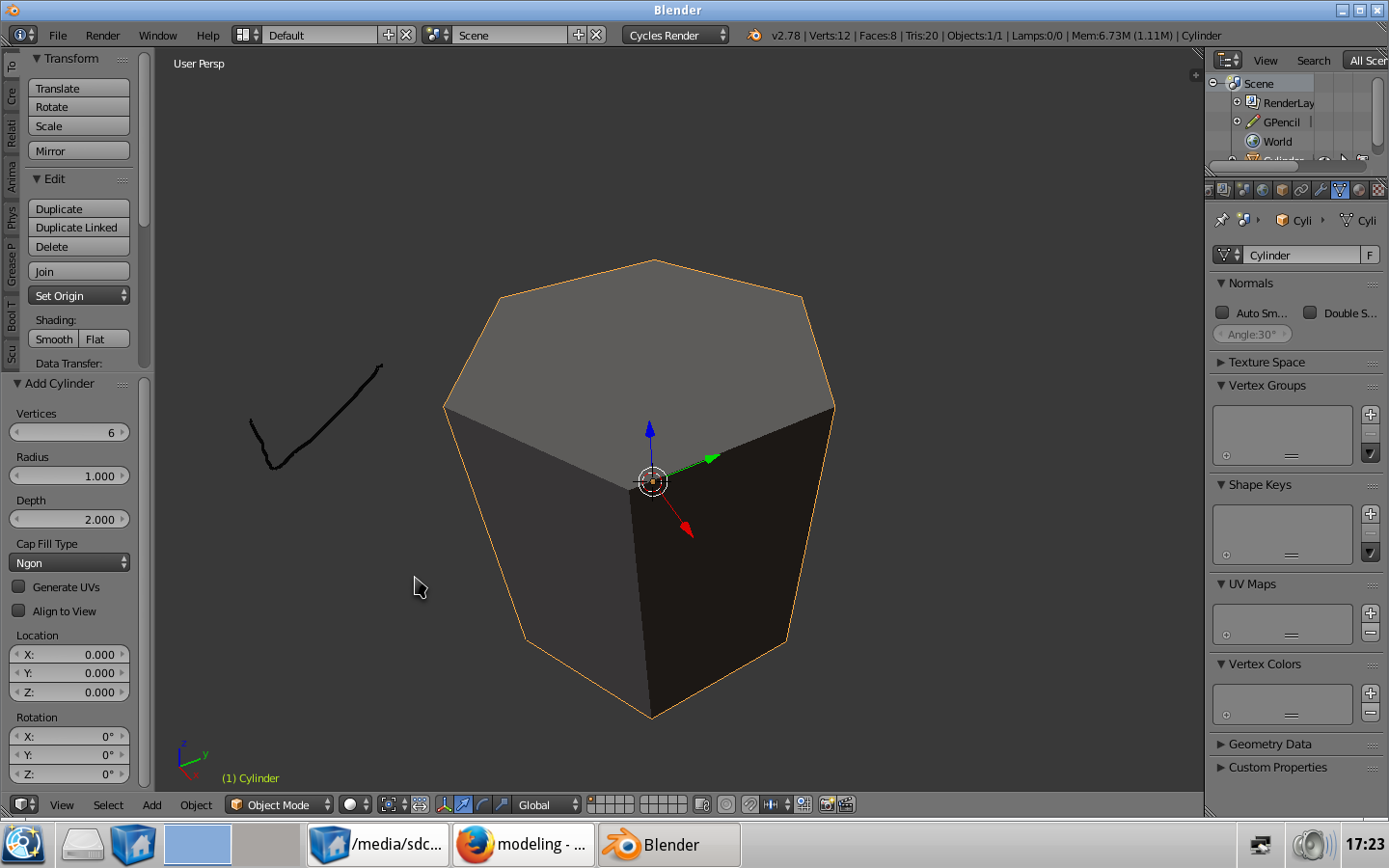 1
cut and rotate out parts of sphere evenly

11
How do I create a hinged door?
0
How do I re-enforce the edge-split modifier on a linked proxy object
11
Subdivide hexagon surface into equilateral triangles
1
Rotating Array Modifier applied to a rotated object issue
0
How to make cube A size following cube B size? (boolean for window/door)
2
How can I create a boolean mesh to replicate the movement of a milling bit?
1
How to remove Triangles and Ngons
0
Animation - Using a Different Axis to Rotate the Entire Object Than the Normal Object Axis