How do you make the inside color of a cup different from the outside? [duplicate]

I want to change the color of the interior cup but I can't seem to do it without the image texture being deleted when I attempt to transition from image texture to color. Even after the material gets duplicated. 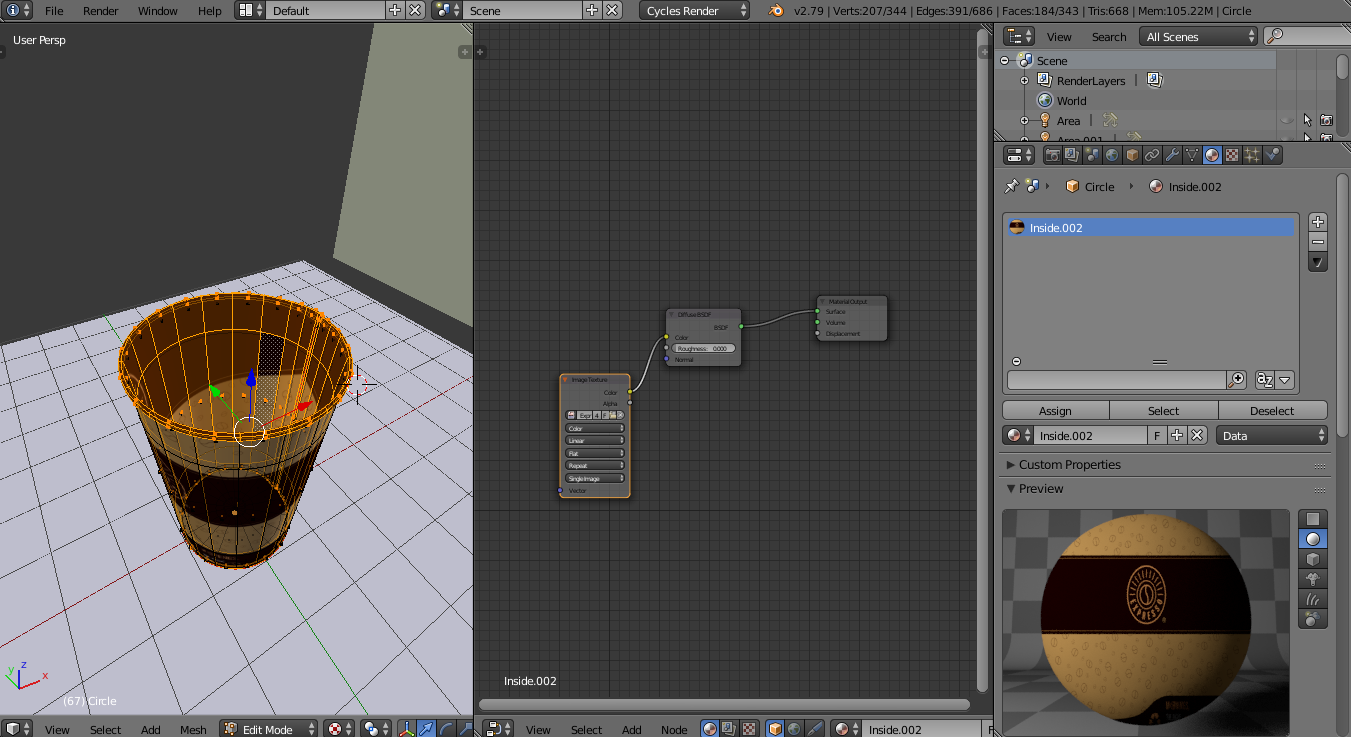 You could go to edit mode and select all the faces inside the cup that you want in a different color. Change to vertex mode and make the selected vertices a vertex group. Then add a new material for the cup and assign this material to the vertex group

A method that will let you alter add and subtract any vertices in the Object is using the "Backfacing" socket to drive the Factor of either a Mix RBG or Mix Shader Node.

The Input > Geometry node has Backfacing as an option near the bottom. Your screenshot shows Cycles and that's the only time I've used it to change colors or shaders on an object.

To be perfectly clear, a cup with no actual depth, that's one polygon thick at the walls, would have two sides. The outside or, presumably front-facing polygons, and the inside or, back facing polygons.

Setting the material to blue, for example, would affect the inside and outside evenly. Using Mix RBG and selecting Orange as the second color would benefit from the Factor Socket being filled with something. When that something is 1.0 at value, the color will be orange; at 0.0, blue.

Some inputs like the Noise Texture allow various factors 0.75, 0.13, etc. Backfacing either IS or IS NOT true. So, where the object's geometry is YES back facing, the Mix Factor will be valued at 1.0 and trigger the lower option. Where Backfacing is not true, Blender will return 0.0. So don't get too confused about what the Socket means and which output to expect!

This also works on closed Objects like cylinders. Flipping Normals will also direct Blender to consider the back face differently but other aspects of materials or physics might not perform correctly; so don't cheat by flipping the Normals!

Not the answer you're looking for? Browse other questions tagged materials uv nodes uv-image-editor or ask your own question.

123
Add different materials to different parts of a mesh?