What are the appropirate axes for arm & hand rig with IK?

My bones and mesh's arm get twisted badly after adding IK & FK in layers with -90 input and 2 chains. I suspect the cause to be axes along the collar, arm and hand. But, I just cant seem to get them right.

Can someone suggest me the right initial axes' angles form rigging and how to fix it please? .blend here: http://pasteall.org/blend/index.php?id=51130 Thank you for your help. 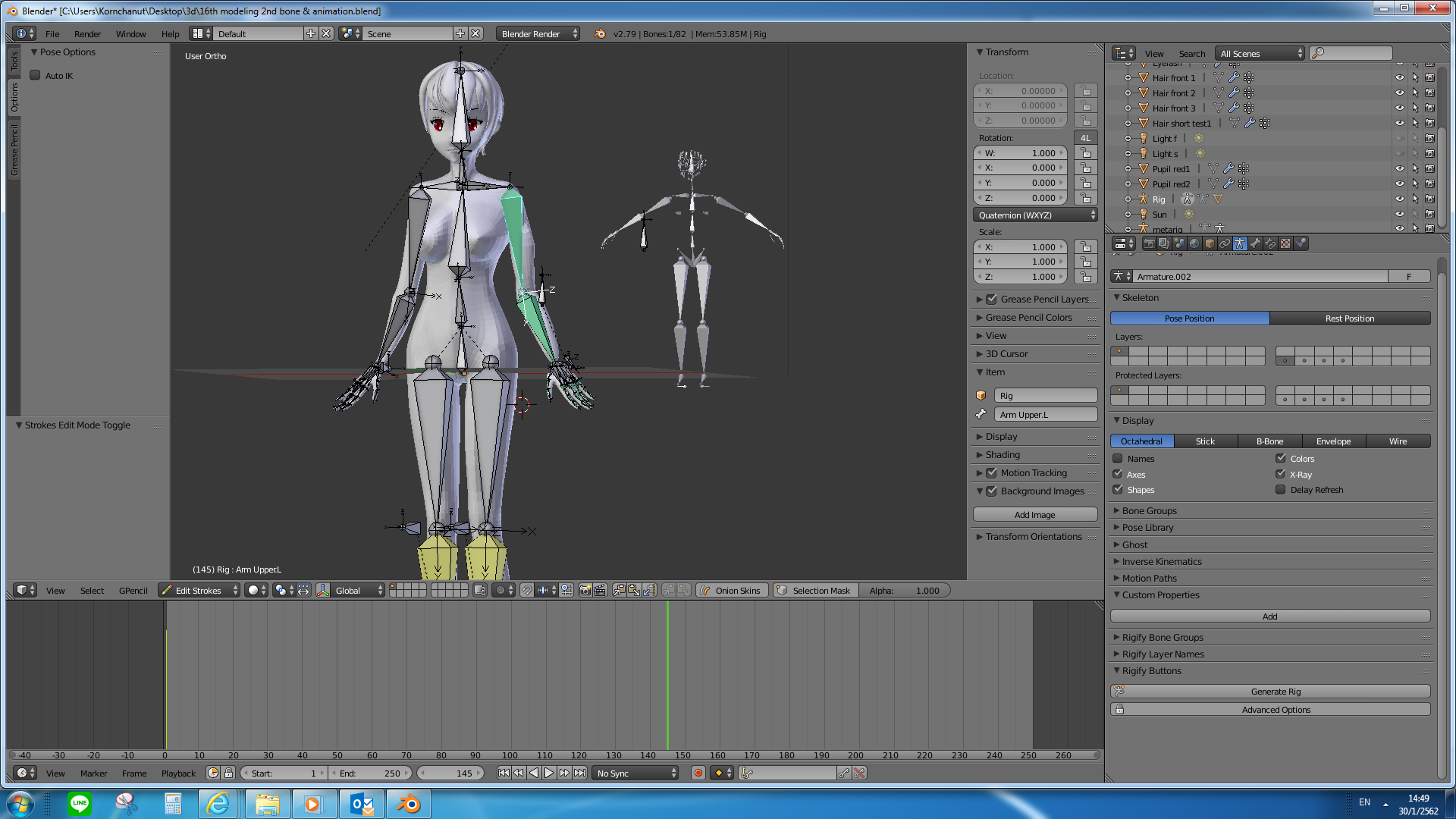 Your arm is twisting because, in edit mode, your Arm UpperL bone has a roll of negative 92 degrees, while the corrisponding FK and IK bones have positive 90, leading to a nearly 180 degrees twist when copy rotation is applied.

FK and IK chains bones should be created as duplicates (Shift D) of the deforming bones, so to retain exactly location and bone roll.

I fixed the problem adjusting the bone roll and manually trimming the pole angle of the IK constraints (negative 160), but the correct way should be to delete and reconstruct the IK and FK chains using duplicates of the deforming bones.

The initial angle is generally choosen having the X rotation aligned with the main rotation that will be used, which can help a little when editing animations in the graph editor, but is something like an habit, not a rule; the rule for avoiding twisting is to have the bones exactly duplicated.

Another IK trick is (expecially on legs) avoiding having the bones perfectly aligned, moving the knee joint a little forward, in this way Blender will automatically bend the leg in the right direction.

I suggest you also to set the subsurf modifier after the armture modifier (and set the shading to smooth).

1
Multiple problems: Rigged arm & hand with elbow corrective shape key
0
How to rig a robotic mesh?
0
Armature pose position is different orientation from initial layout in edit mode, and automatic weighting problem
0
How can I copy the base pose from hand rig to my hand rig?
1
My hand rig breaks the hand fingers when making a fist