So I have 10 different objects in the collection. I instanced them on the curve with different rotations and locations. Now I'm trying to control the color over them with vertex color node. But what I'm not able to do is to control the color over the new distribution of objects. AN treats the new object list which is larger as consisting of those initial 10, thus when I move the falloff each new element gets colored according to its coloring in the original collection so no smooth gradient, but rather random one. Any thoughts how I can make AN treat the newly distributed instances as a separate group of objects to apply color animations to. Thank you in advance. Attached are the screens of node network and objects in the viewport: 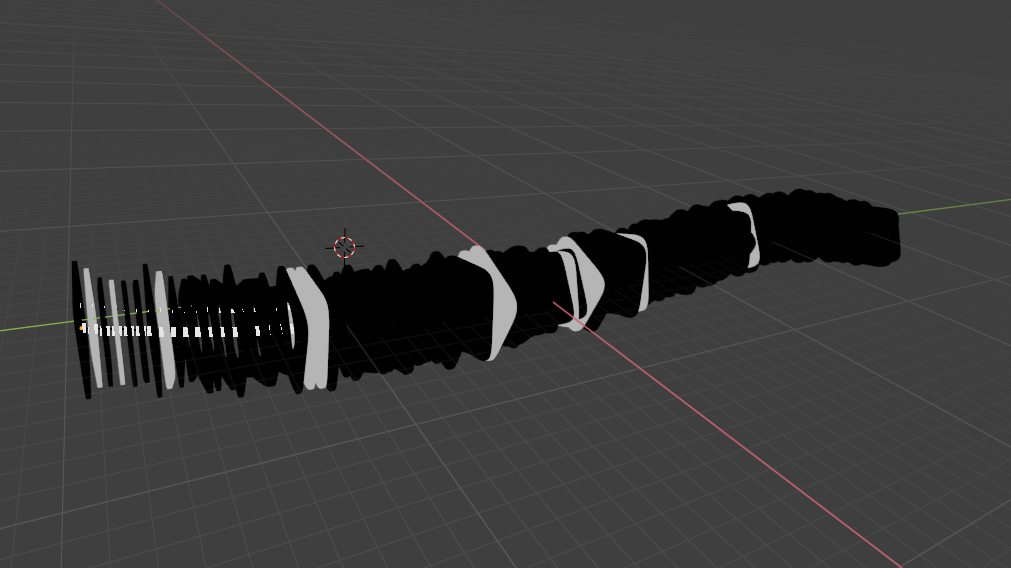 To make a deep copy of the meshes for each instance, get the meshes from the objects and write them to the instances using the Mesh Object Output node as follows: 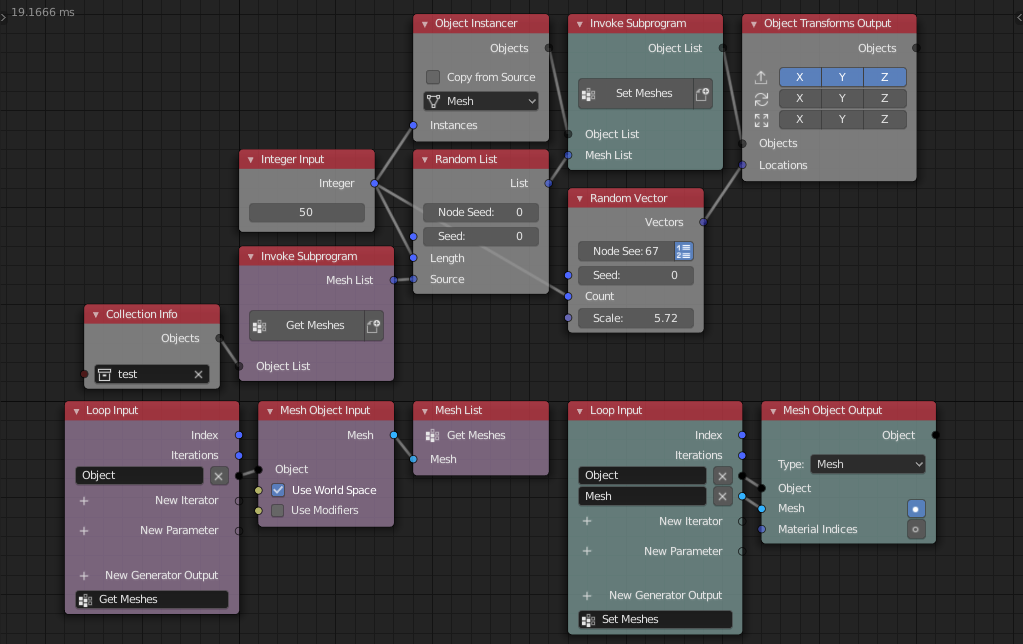 2
How can I prepare a set of colors that should go together, and be able to apply them to different objects with a single click?
4
Animation Nodes - Have an effector control the rotation of many objects
2
Animation nodes - Vertex colors to transforms?
2
Sequencing Animations in Animation Nodes
1
In Animation Nodes, is it possible to make a node to translate position of the UV's of an instance?
0
Objects from collection falloff
1
How to rename instanced objects in animation nodes?
0
How can I select object from collection and place it on spline from different collection THEN do it again until all splines are used?