I am trying to create a swim cycle animation for a fish by adding a curve modifier to the fish then moving the curve through the fish. As you can see at first the fish is roughly centered on the origin 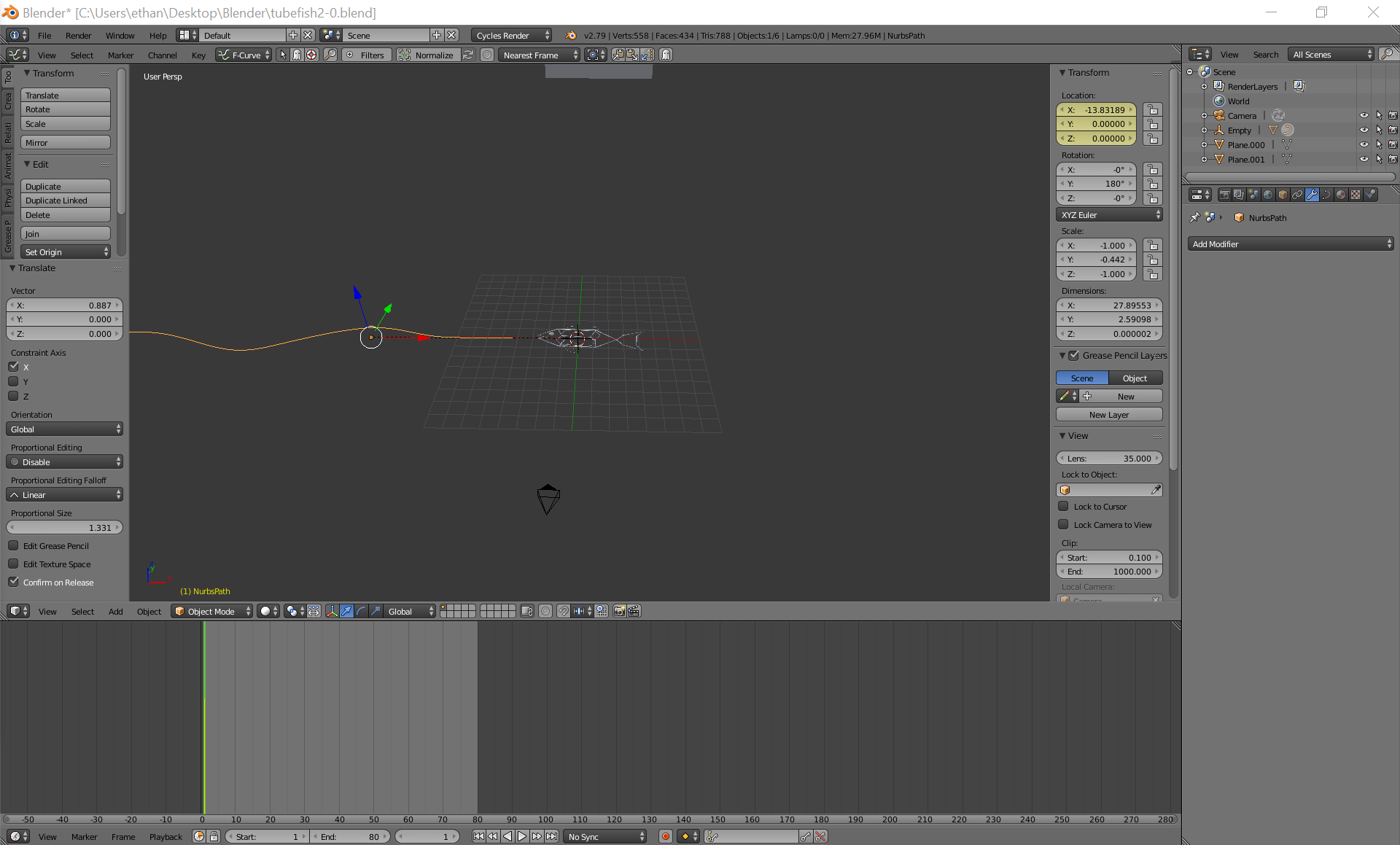 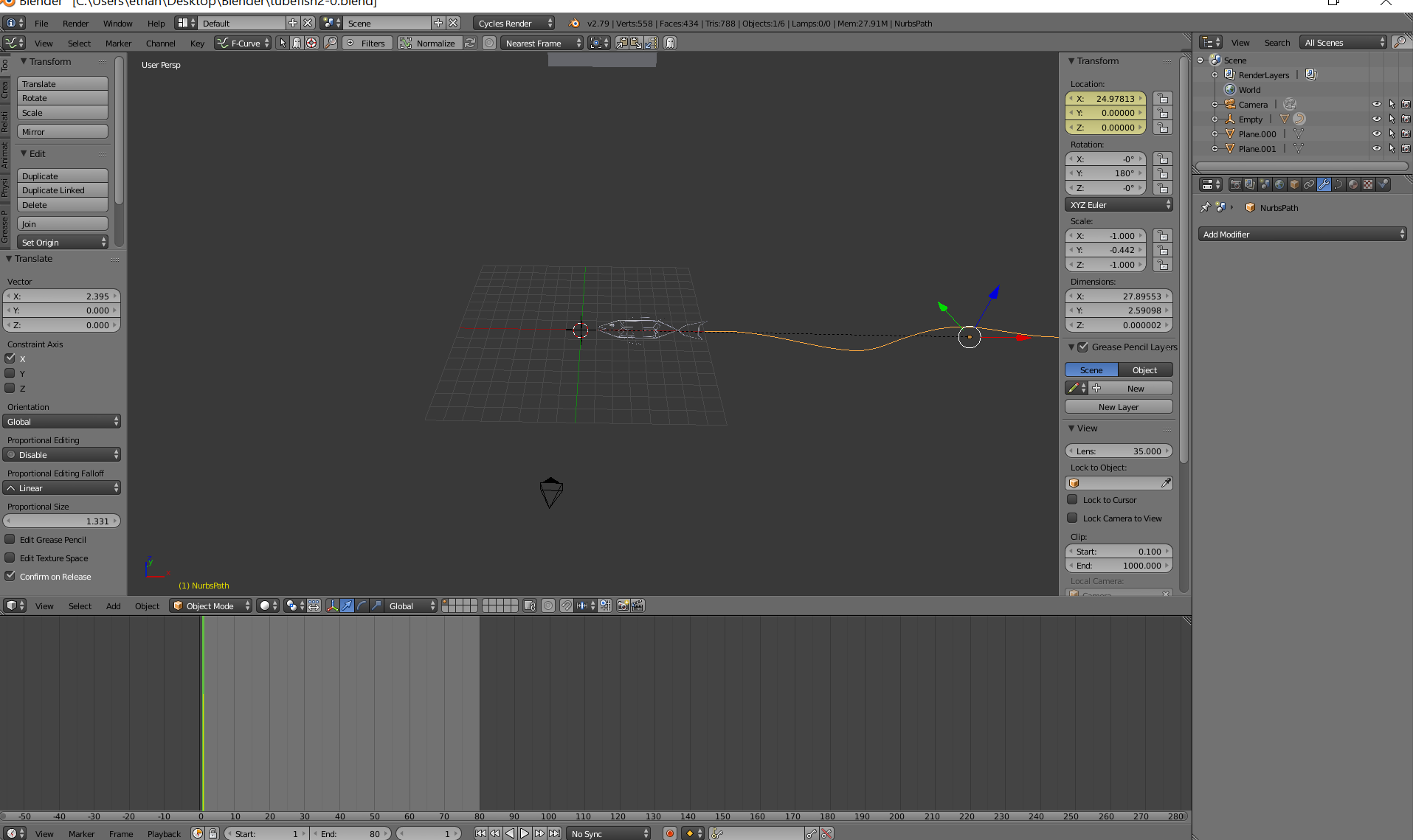 I think this is a result of the fish trying to move at a constant speed along the longer curved path but do not know how to fix it by locking the movement of the fish, changing the speed, or doing it in another, better way.

Maybe your problem is that you didn't put the curve origin at its beginning point?

About the speed, you can change it as much as you want if you create some new keyframes for the curve and play with their position or with the curve handles in the Graph Editor.

Another simple way to do what you want is tu use a Lattice modifier: 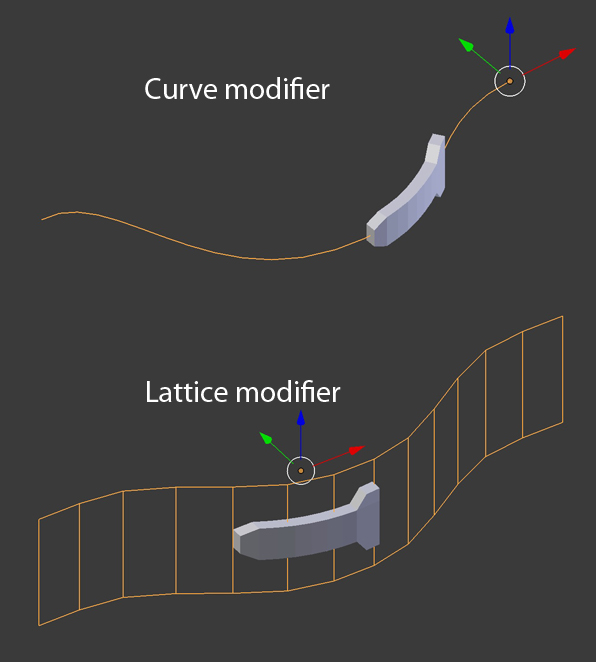 Not the answer you're looking for? Browse other questions tagged animation bezier-curves or ask your own question.

10
What is the best way to animate the camera path?
12
How to change camera movement speed on Path during animation
6
How to move / animate a soft body?
0
Constant speed along path
5
How to make non-linear movements with a Follow Path constraint?