Using this object as bevel curve, it is easy to generate railroad tracks. Now, how would you do add sleepers at regular intervals along the track?

Array modifier springs to mind as sleepers are somewhat of an array. It does however depend upon the way you want to extract (excuse my use of language, English is not my native language) your track.

If you intend to make some straight track, I would first create the tracks, 60 cm looks kind of right. Create a sleeper next and join it all as one object (sleeper as "root" works fine for me). I hope the included pictures enlighten you a little. 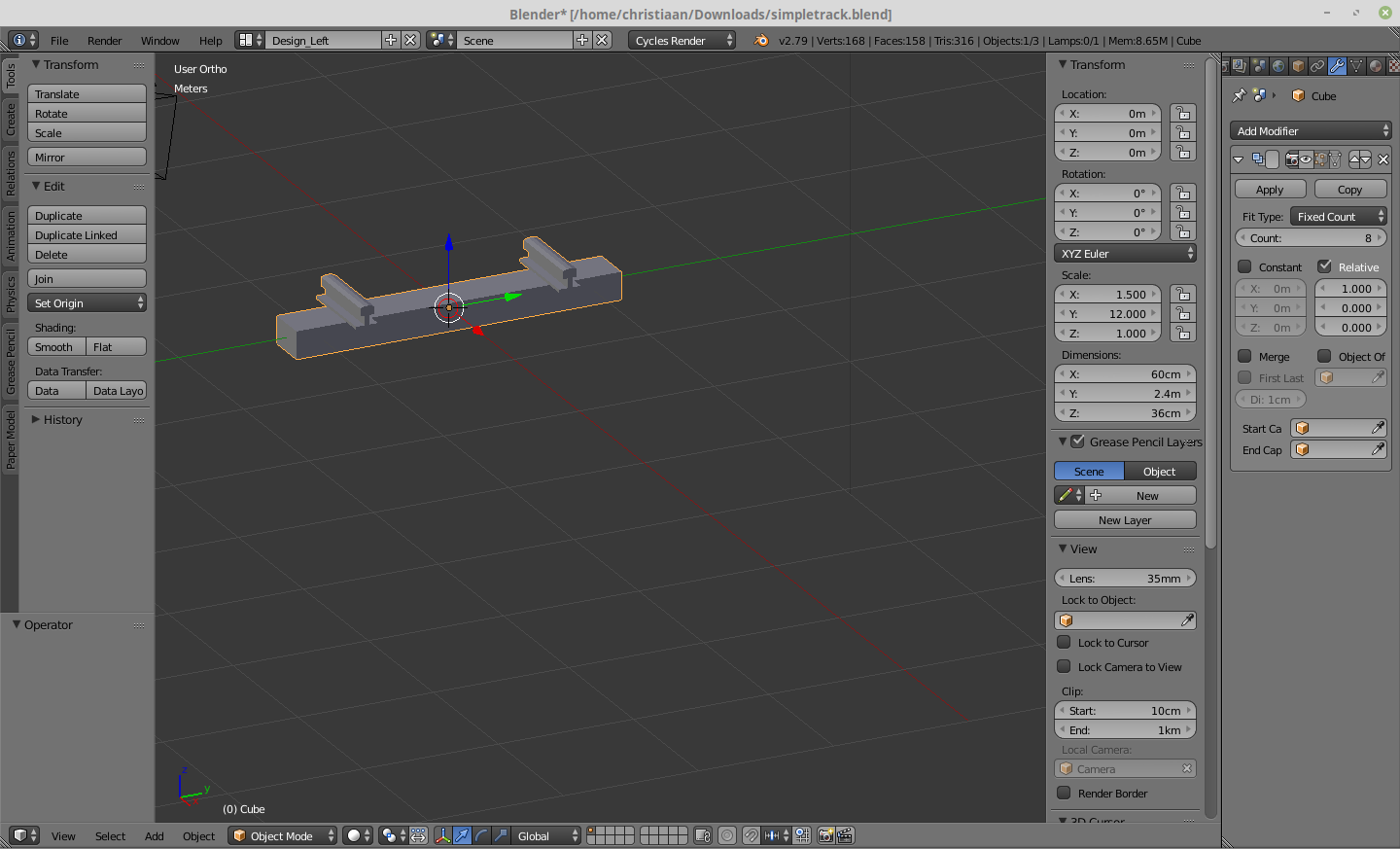 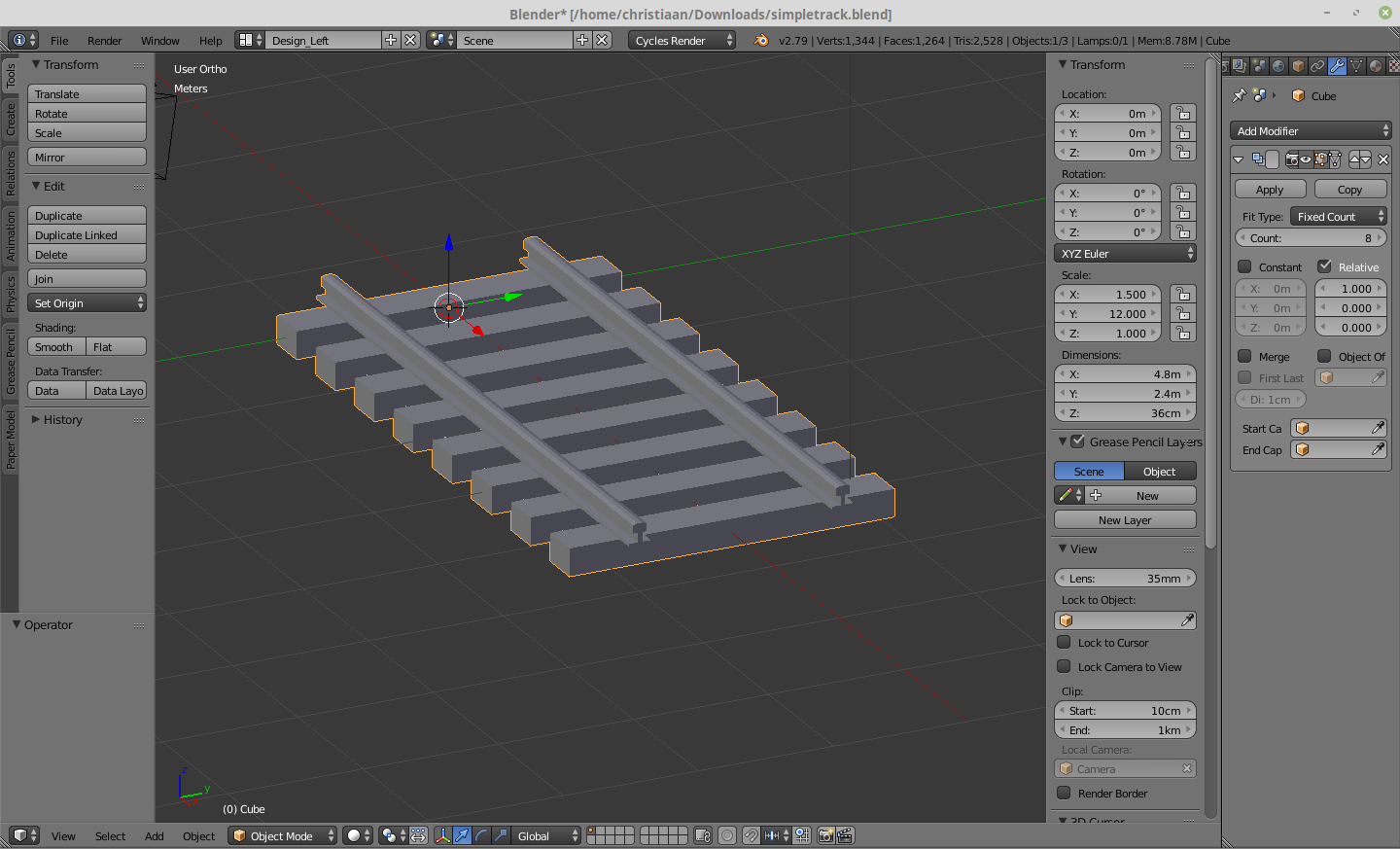 To create a curve, this method is to crude: you get a lot of jagged connection, though if the track is only a very minor part of your scene, it might work. I reduced the interval to 0.95 to avoid gaps in the outside curve. 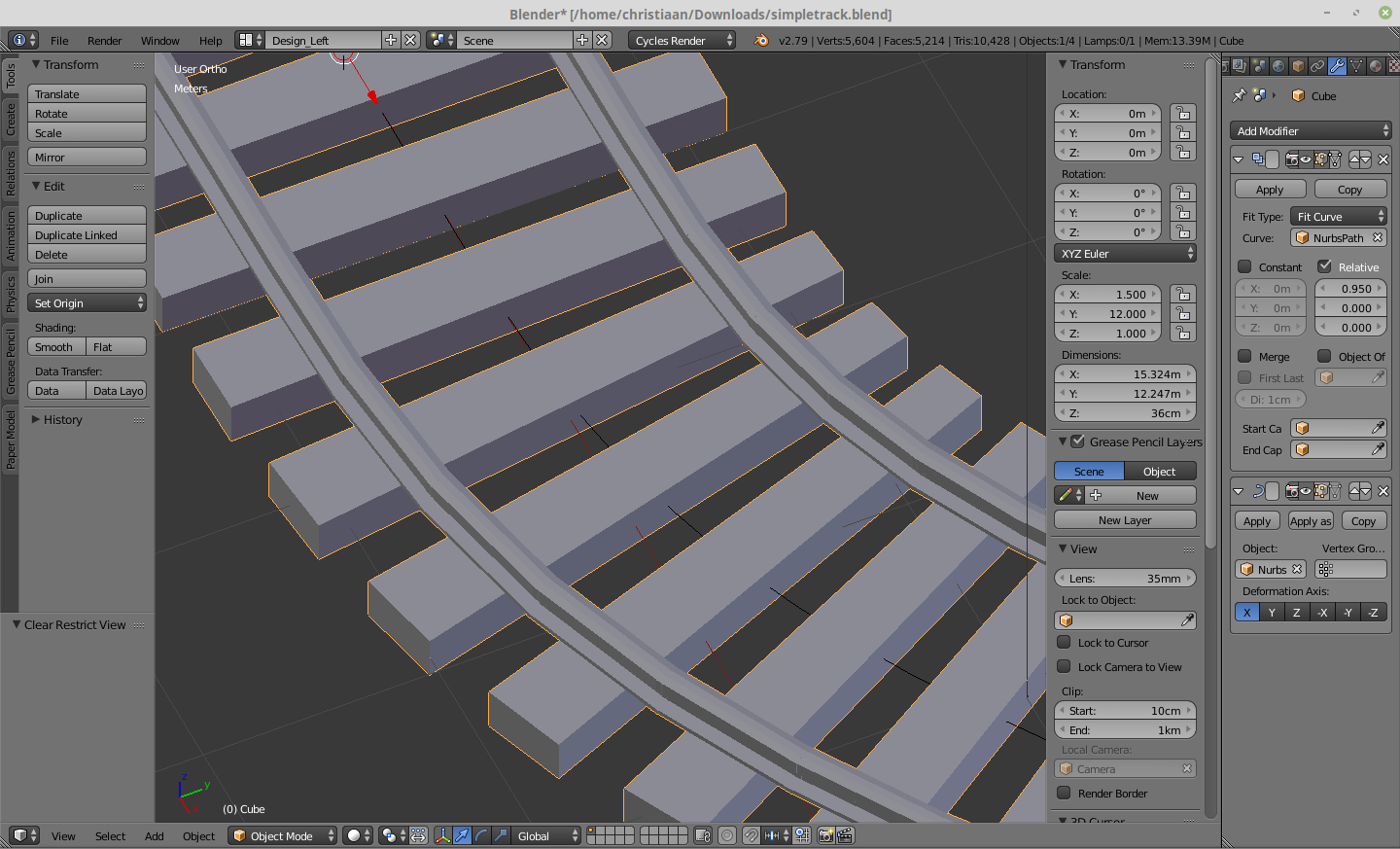 As you may see from my examples, I replaced your nice track-profile with a fairly crude modified cube.

I hope this helps you a little, kind regards, Christiaan

Chaining the "Array" modifier and the "Curve" modifier solves the problem. The sleeper mesh should be aligned with its longest side in the y direction.

If you're being picky, and want continuous track and no curve-distortion on the sleepers.. you could use Dupliframes.

Here, looking down in Z, the sleeper oriented as you would expect, with respect to the rail profile.

The objects are to scale with the route curve. Ensure CtrlA > all transforms are applied, and the objects therefore share a pivot point at the origin.

Note that you can not key the 'Offset' field if the sleeper 'Duplication' is set; put it back to 'None' to make revisions.

You may need to select a sleeper, and go into a Graph Editor window to set the animation curve of its constraint offset to Linear, to prevent an ease in and out of the number of sleepers at the beginning and end of the route. Select its 2 Keyframes, and hit T > Linear.

To make the Duplis into instances, you can hit CtrlShiftA > 'Make Duplicates Real'

It's possible this method is too much fuss for the difference it makes.