I am trying to export a glass material in gltf. Here is the material principled shader, notice I have transmission set to 1.0: 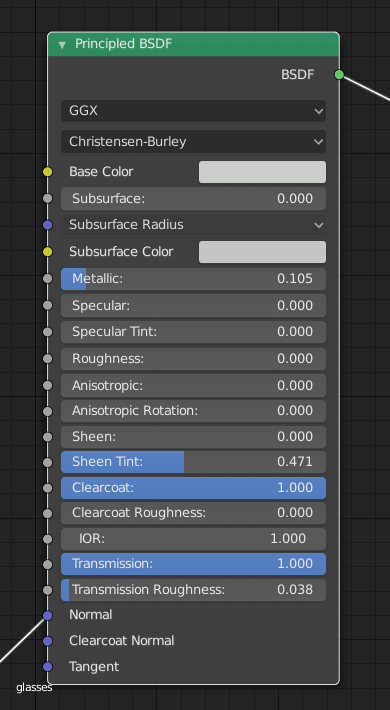 this gives me this result in cycles (the glasses have the glass material): 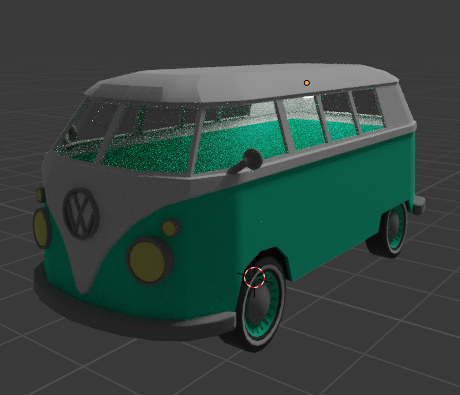 However when I export this to gltf, and view it in the gltf viewer or load it in my webgl application, this is the result: 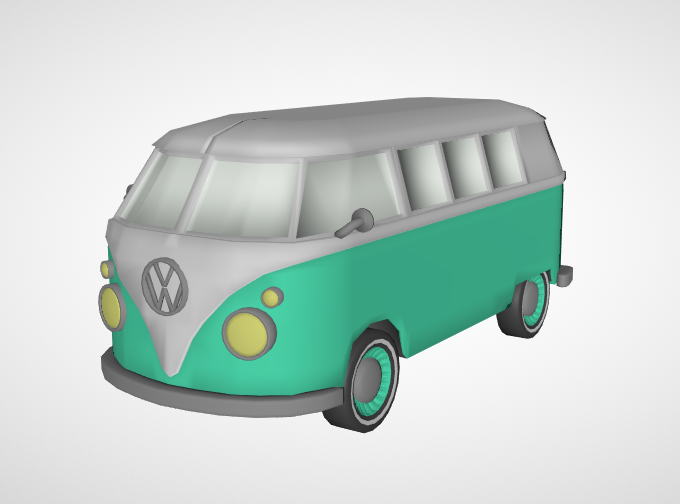 How do I export glass?

I already have this in my render options:

I am using blender 2.8 beta, all the other questions I could find all refer to an older version of blender.

EDIT: I don't even have the Blend Mode dropdown in my shader settings: 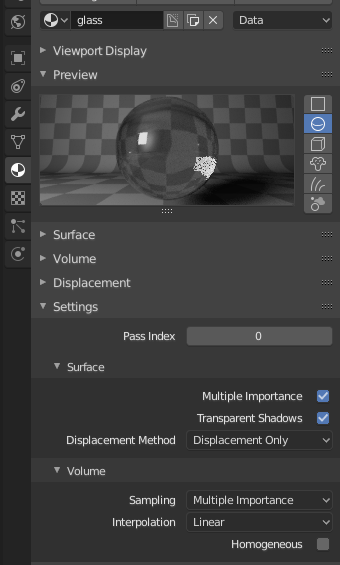 glTF 2.0 has an alpha blending mode available, but it's intent is just to be "coverage" (like medical gauze tape), not a physically correct optical translucency (as the latter was considered too high a target for the initial release of 2.0). Basically this means that low alpha values will dissolve the entire material, including specular reflections. Even so, the mode is often used to emulate clear materials like glass.

To control the blend mode, look for a settings panel near the bottom of the material properties set of panels. Blender offers many choices here. glTF supports three of them: Opaque, Alpha Blend, and Alpha Clip (along with the "Clip Threshold" value in that case).

The alpha values can come from an RGBA "Base Color" texture assigned to the Principled BSDF node. If no texture is assigned, you can use the color picker on the Base Color disconnected input itself, and note the color picker there includes an alpha slider.

NOTE: At some point in the Blender 2.8x series, the glTF exporter began using the "Alpha" input on Principled BSDF, rather than the alpha channel of the base color, for textures but not yet for default values. In Blender 2.9x, it will exclusively use the alpha input for both textures and scalar values.

The following Blend Mode must be set (in Eevee, and each material remembers this setting even if you switch back to Cycles) for alpha blending to take effect: 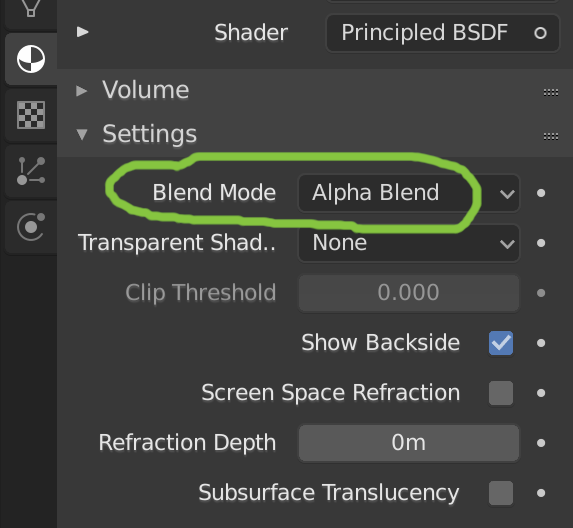 For folks looking for a more advanced, physically plausible optical translucency, take a look at a glTF extension called ADOBE_materials_thin_transparency. Adobe submitted this in support of the translucency available in Adobe Dimension, and Microsoft worked with them to add support to BabylonJS. But, not many other glTF viewers have added support for this yet, outside of Dimension and Babylon.

UPDATE: (July 2020) There's now an effort underway to bring an extension similar to ADOBE_materials_thin_transparency to Khronos as a new extension draft called KHR_materials_transmission. Blender support is under development in PR #1094.

Not the answer you're looking for? Browse other questions tagged transparency glass gltf or ask your own question.

27
Does transparency work in eevee
1
Cannot Export as GLTF file with volumetric mesh in Blender 2.83

2
Creating glass material - Glass shader or Principled give black/dark or mirror render in Cycles
2
How to bake roughness into green channel only for usage with GLTF (Blender 2.8)
1
Anvil from Guru blender not exporting with all materials and textures to glb file for WebGL
0
Export FBX to Blender
1
Best practice and method for transparency with leaves?
1
cannot export .glb with material setting like specular