I am attempting to model a screw so that I can 3d print them if my son looses them. I thought this would be a good time for me to play with the new blender 2.80. (why do people keep calling this Blender 2.8?) I have modeled all of the cylinders and the Philips cavity into one part (I used bools to merge all of this but always check for clean results) and then the screw threads in a separate object. Both of these objects (named "Screw" for the cylindrical post and "Threads" for the threads) are manifold and look good from a geometry point of view. When I try to do a boolean union between the two, I get a lot of internal faces and manifold problems. I have two clean meshes here which I thought would play nicely with the boolean operations. 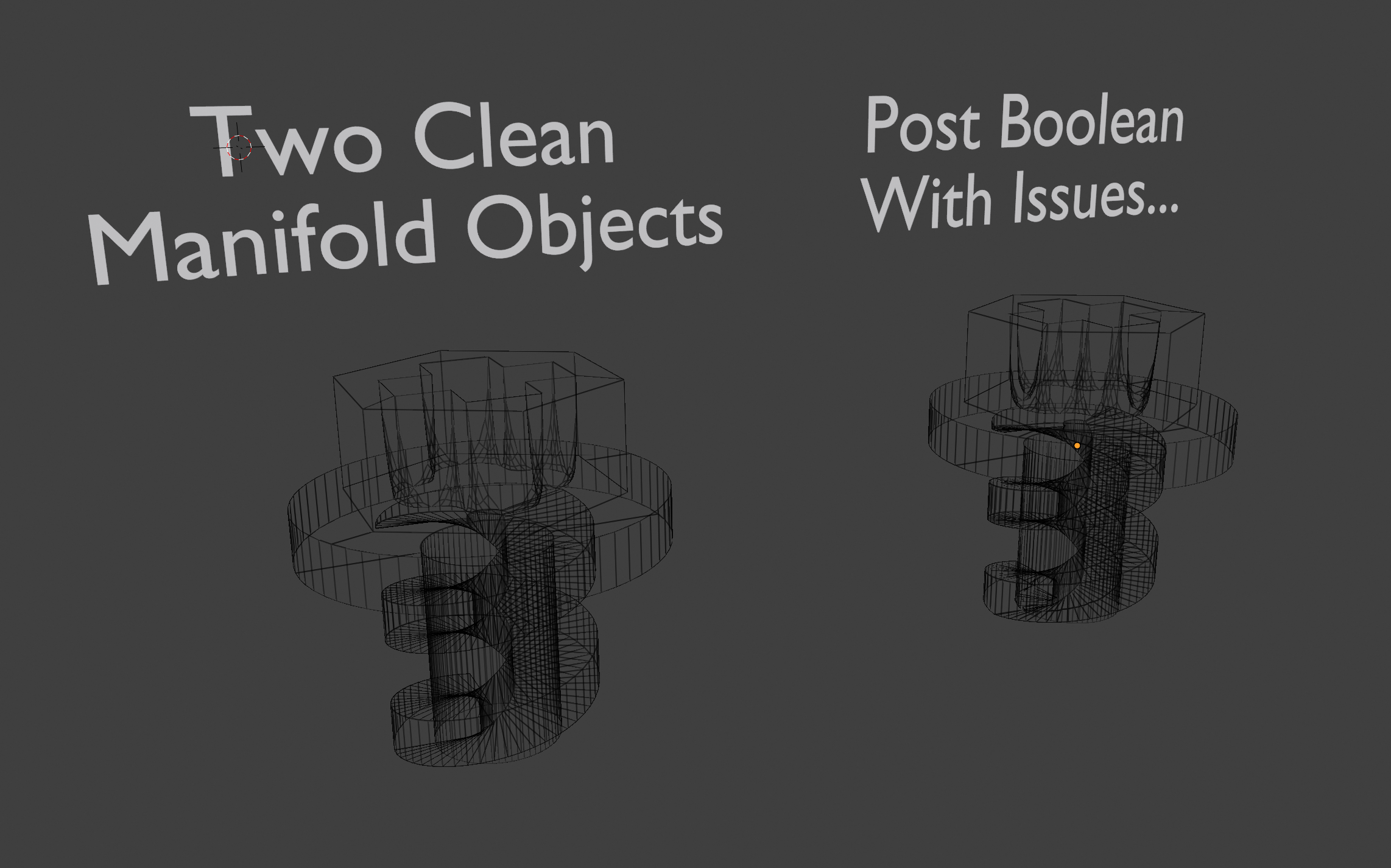 I obviously need to have a clean mesh to support the printing efforts. I have attached the blend file here for easy checking. Any pointers?

As an aside, I typically avoid using booleans but it seemed in this case that would be the easier approach.

Answer: Stop trying to use booleans so much...

I moved away from using the boolean operators for the heavy lifting and instead used a curve with a screw modifier as the base and then began to manually build the rest of the object by hand. I was careful to check for non-manifold elements along the way. The hex head top was added with a boolean however.

I think it came out quite nice.

That being said, there are a few things that look as though they could be improved.

I have attached the final blend file for those who are curious. 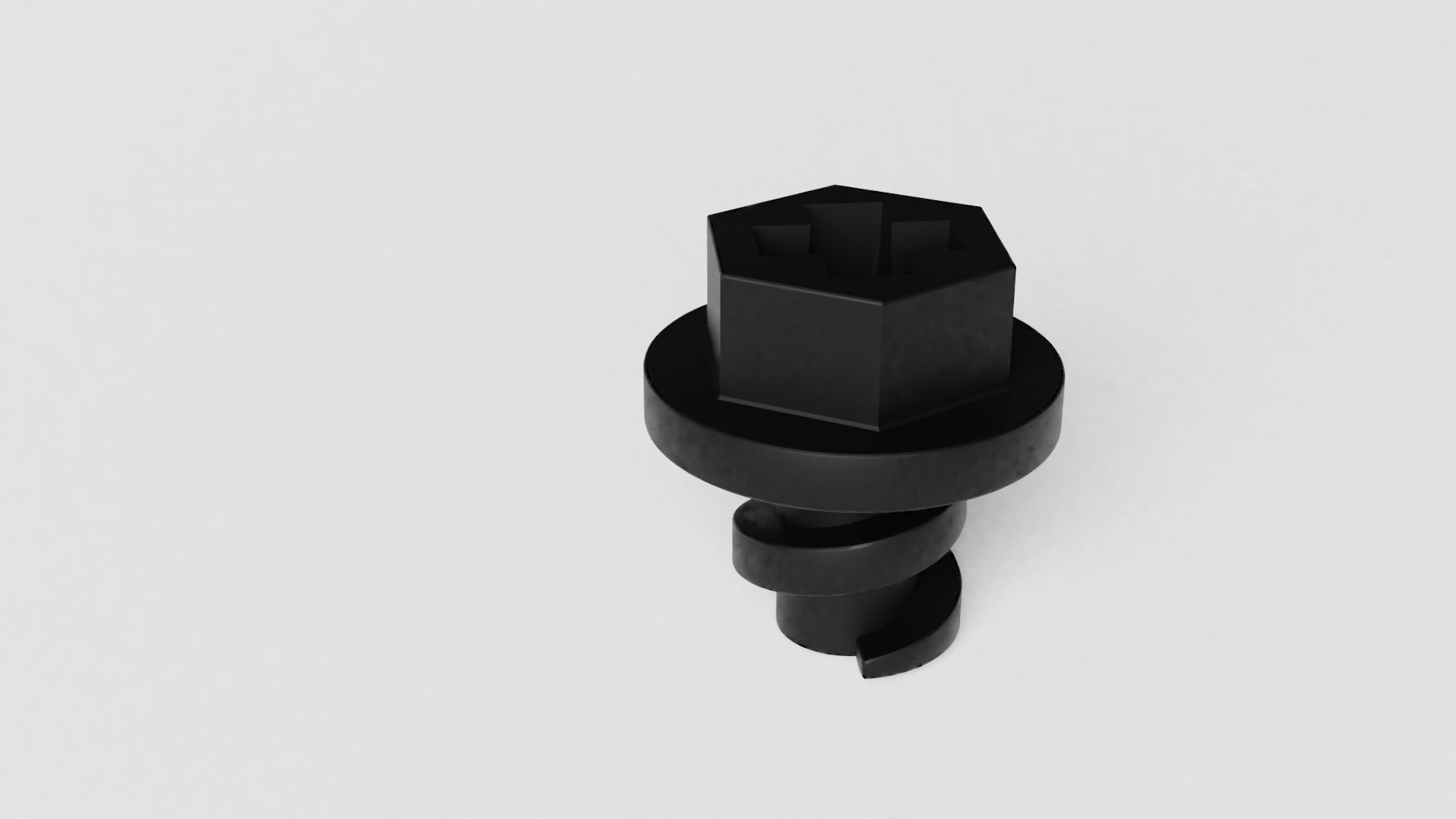 1
Boolean Union vs Difference Error - Swapped Behaviour
0
Boolean Union Modifier Disappearing Components
2
Non-manifold mesh problems after boolean
3
How can I create a boolean mesh to replicate the movement of a milling bit?
0
How do you remove interior faces?
3
How to get a smooth transition between two objects. Two perpendicular cylinders