I’ve been trying to rig vertex groups to bones smoothly. As in, trying to have some parts deform more, others less, painting their weights accordingly. The whole vertex group moves as a whole though, in a very unnatural manner. I thought that was the point of weight painting, so I assume I’m doing something basic wrong. 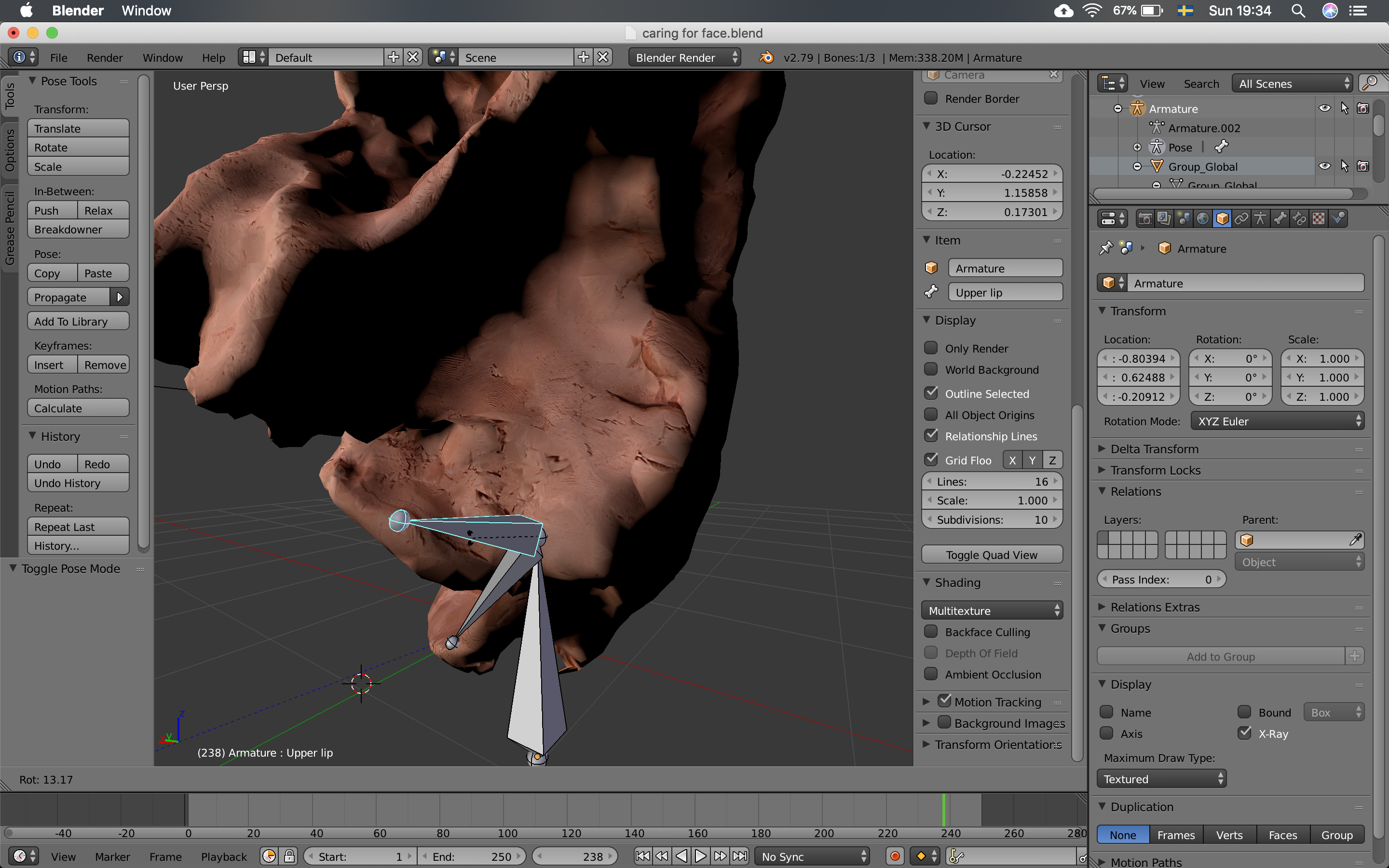 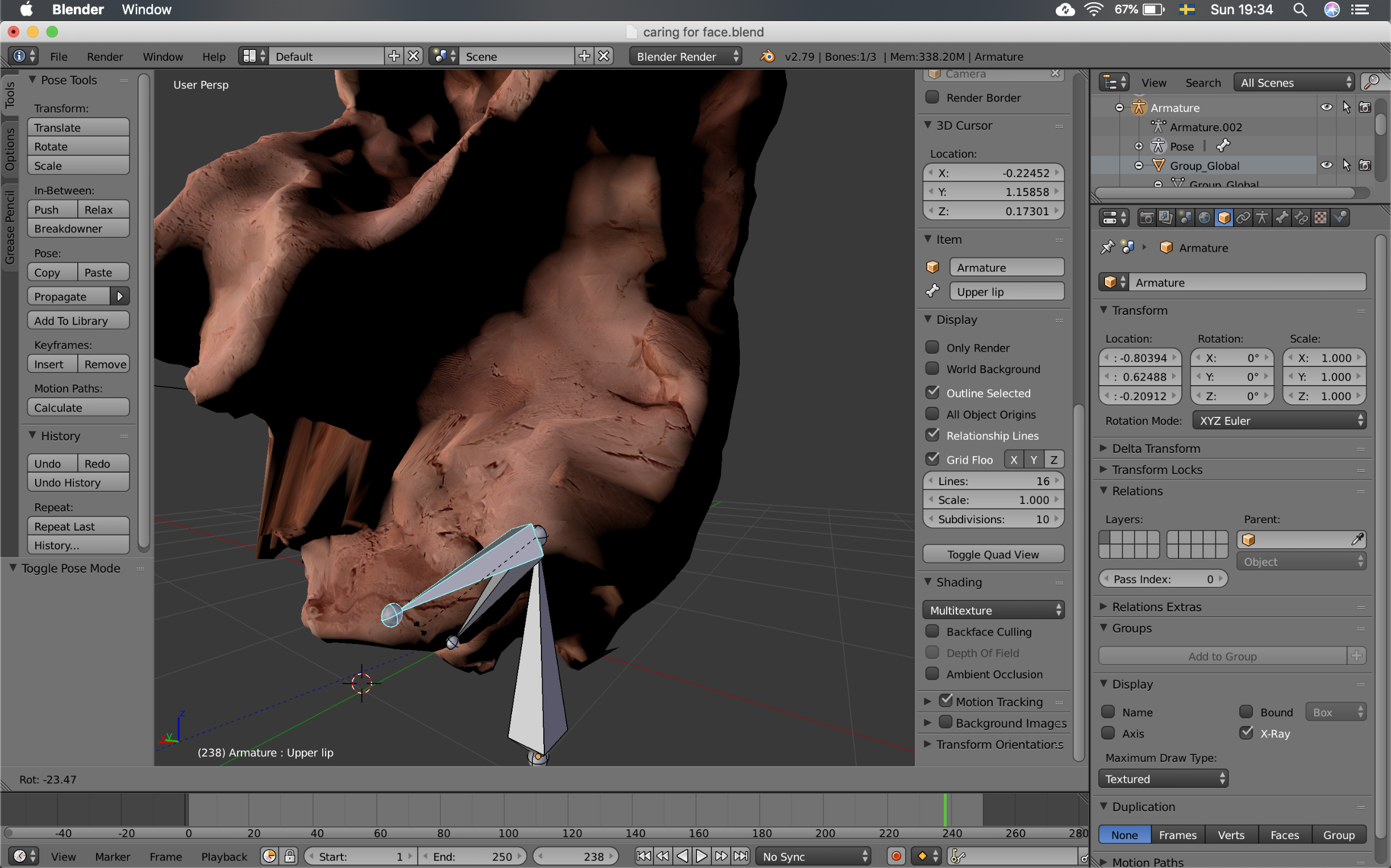 The entire vertex group moves homogenously, as a single block, sort of tearing the texture. I’d like the vertices nearer to the fulcrum to be less affected by the bone’s movement than those nearer its end. 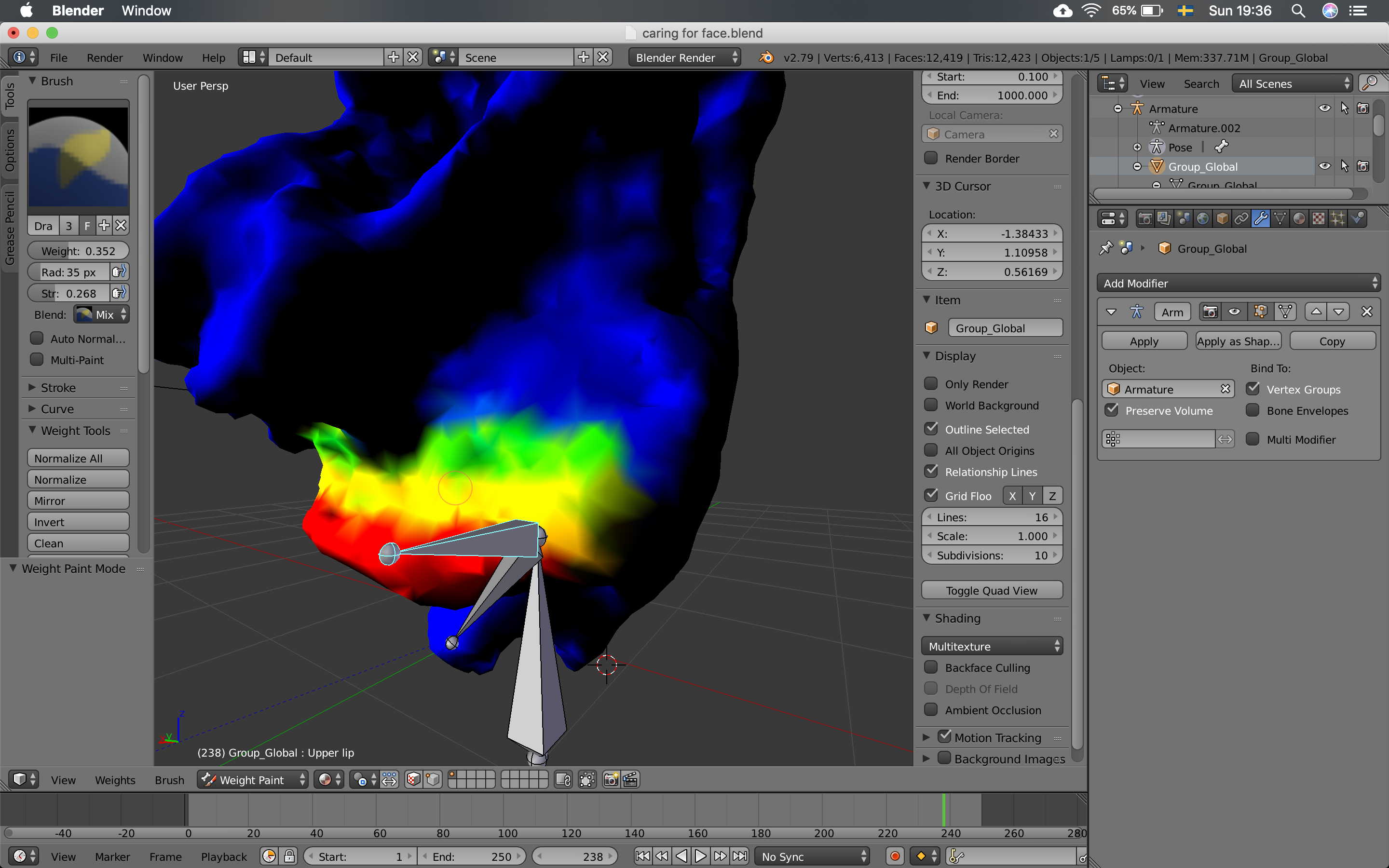 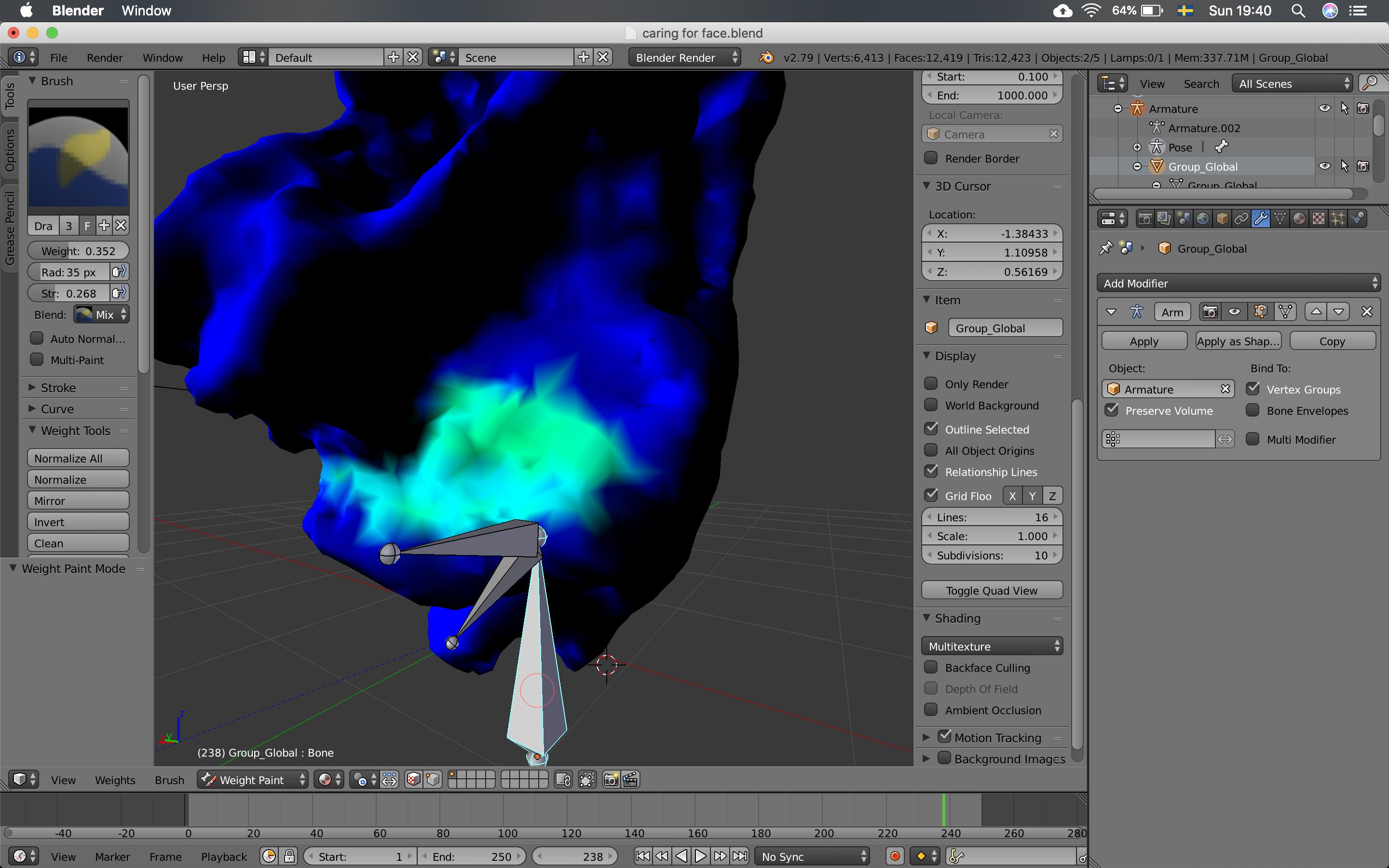 Have also tried painting weights to another bone, as if it were a zero-sum game, to no avail. What am I doing wrong? Thanks so much.

What's going on here is that the vertices you have painted only have weights that move them, and none trying to hold them in place. When weight painting, you're essentially telling blender how much a certain bone will affect a vertex. Think of it like a tug-of-war. If there's only one person pulling, it doesn't matter how strong they are, they're going to win.

Thus, to solve this problem, you'll need to add a bone (say a head bone) that the stationary parts of your model are assigned to. Then it's just a matter of blending the two weights. A trick for this is to move the bones to a point where it doesn't deform well, then paint it until it does. Then you can reset the bone (Alt+G and Alt+R). You may find the blur brush handy as well, as that can eliminate the sharp transitions between colors that you see in the third image.

Not the answer you're looking for? Browse other questions tagged mesh rigging armature bones weight-painting or ask your own question.