How to snap plane center to a static vertex?

I want to snap the center of the circular plane to the vertex of the tetrahedron while rotating the cone around the origin (keeping its' peak in the origin).

I have made a vertex at the center of the circular base, but it's not showing up in object mode, and does not appear to be interactive in a snapping manner.

I realize this could also be done just by knowing the angle (and, in this case, rotating along the X axis), but I'm not aware of an embedded way to determine it.

Generally, in dealing with symmetrical manipulations, it would be nice to have a snapping grid that conforms to certain form. The regular cartesian could then be called "octahedral" since there are 3 axes x,y,z , and the next in axis count would be "tetrahedral"(one I would be using in this example) which would have all the common options that constrict manipulation to given axes. Just a suggestion, or in case there's already an Addon, feel free to link. 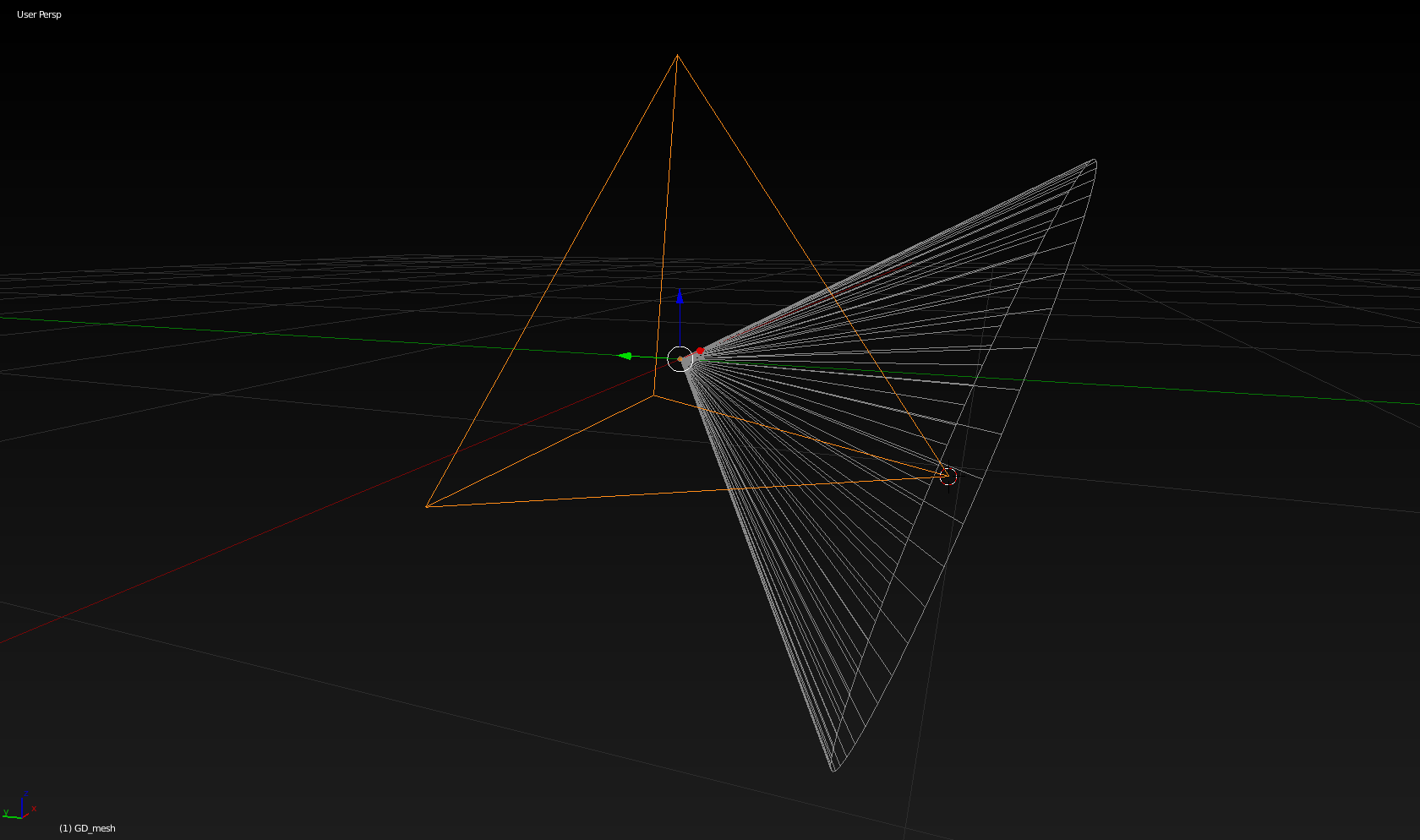 It looks as if you've already done most of this, but for the sake of completeness, trying to keep the steps minimal from the worst case:

To place the tetrahedron's origin at its centroid

To place the cone's origin at its point

To place the cone's point at the centroid of the terahedron

(given you have created a vertex at the center of the cone's base, and having centered the cone to the tetrahedron, as above)

(You don't actually have to create a vertex at the center of the base of the cone .. instead of setting the snap to 'Active' you can set it to 'Center' and snap the cone's base as a whole, to the corner of the tetrahedron.)

5
Can I snap to the center (midpoint) of an edge?
3
Center (snap) hole in object
5
Differences between Center and Median options of Blender snap target menu?
2
Snap object to the center of another object face
0
How to snap to vertex on an unstraight/uneven axis?
0
Snap all vertices to grid when translating (not center of selection)
2
Snap individual vertices onto plane