I wanted to export .OBJ file to keep layers from Rhino in Blender. But when importing to Blender nothing shows and layers don't work either. Here are screenshots of export process: 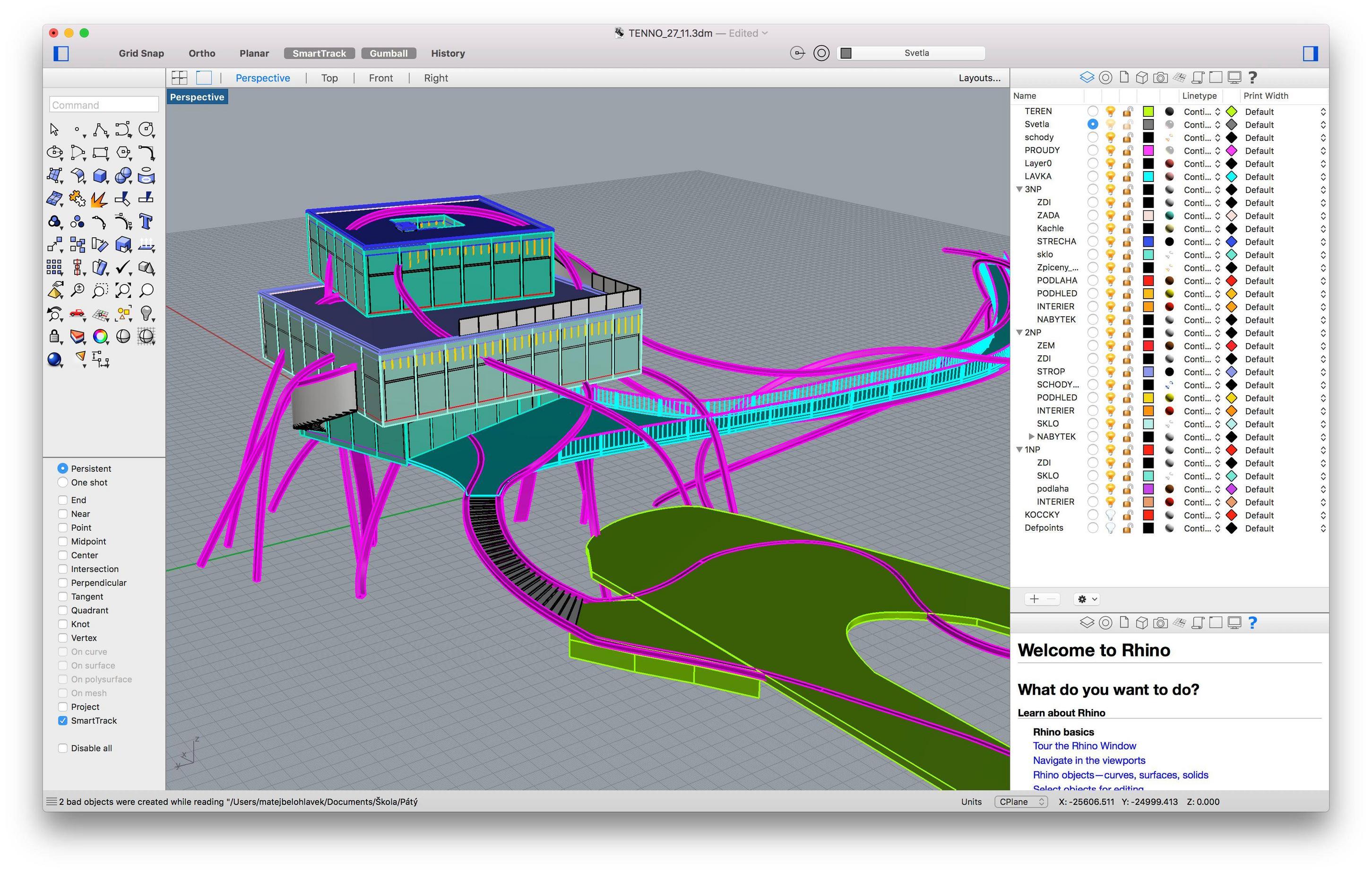 Settings used to tessellate the model into polygons: 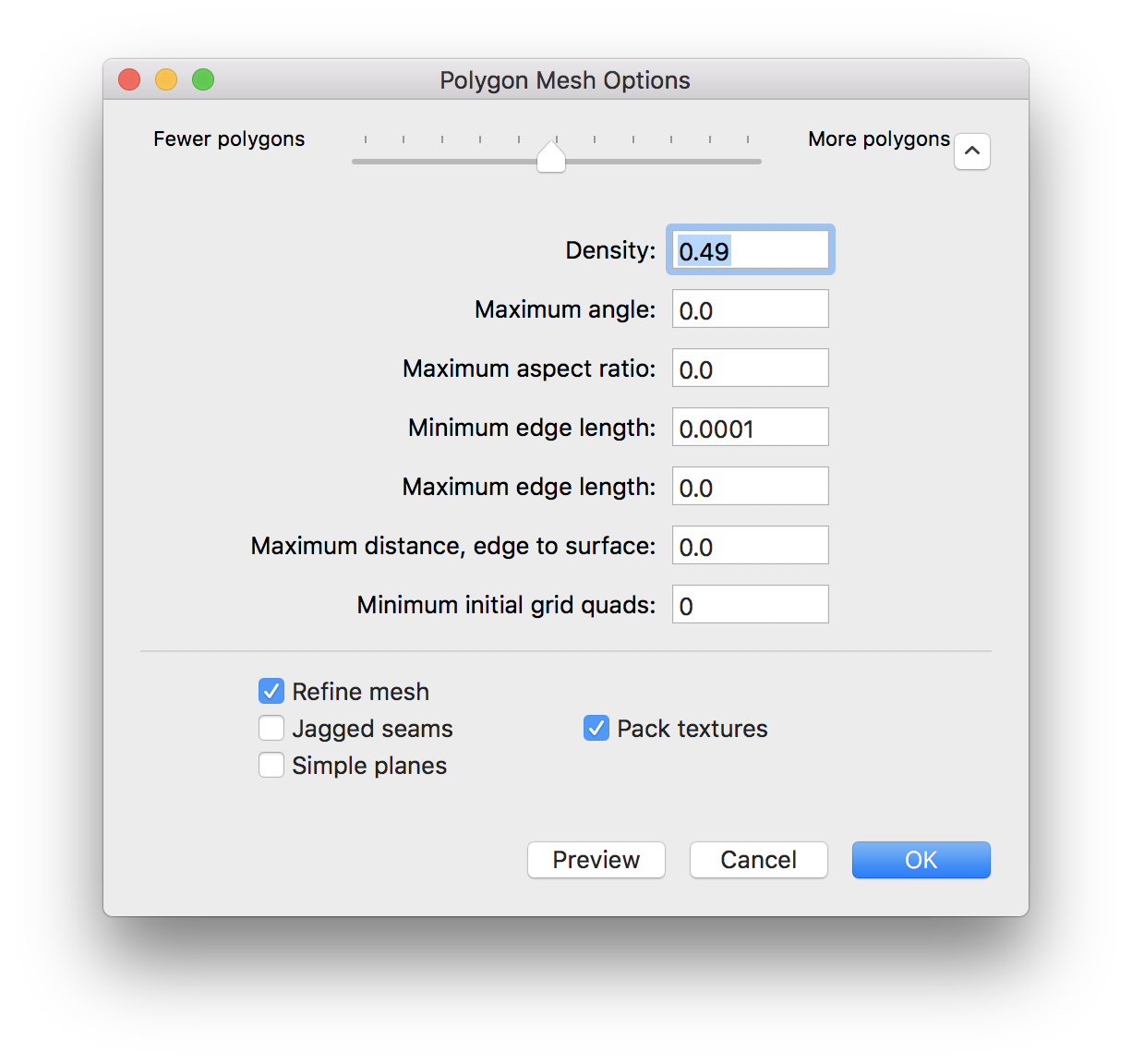 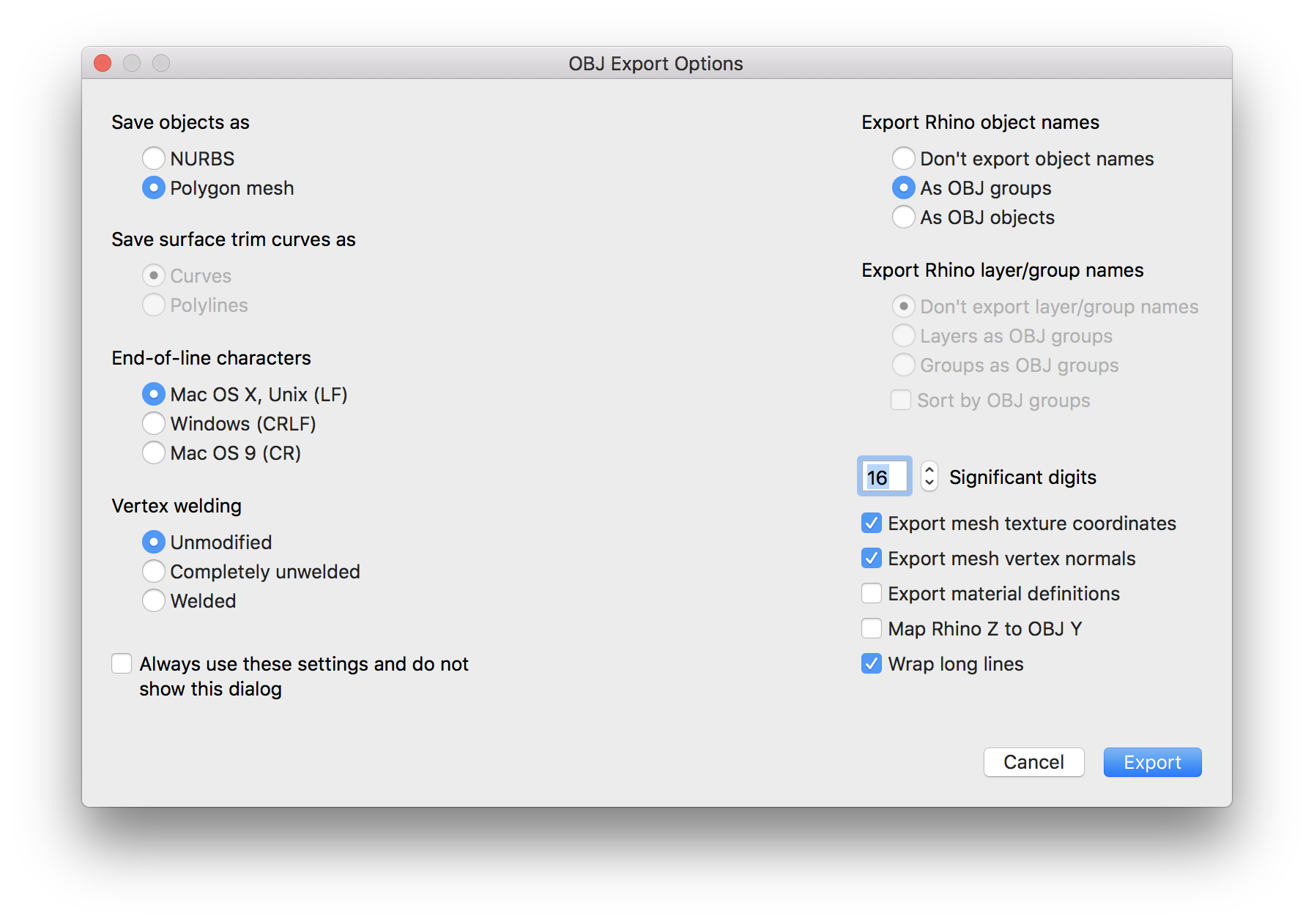 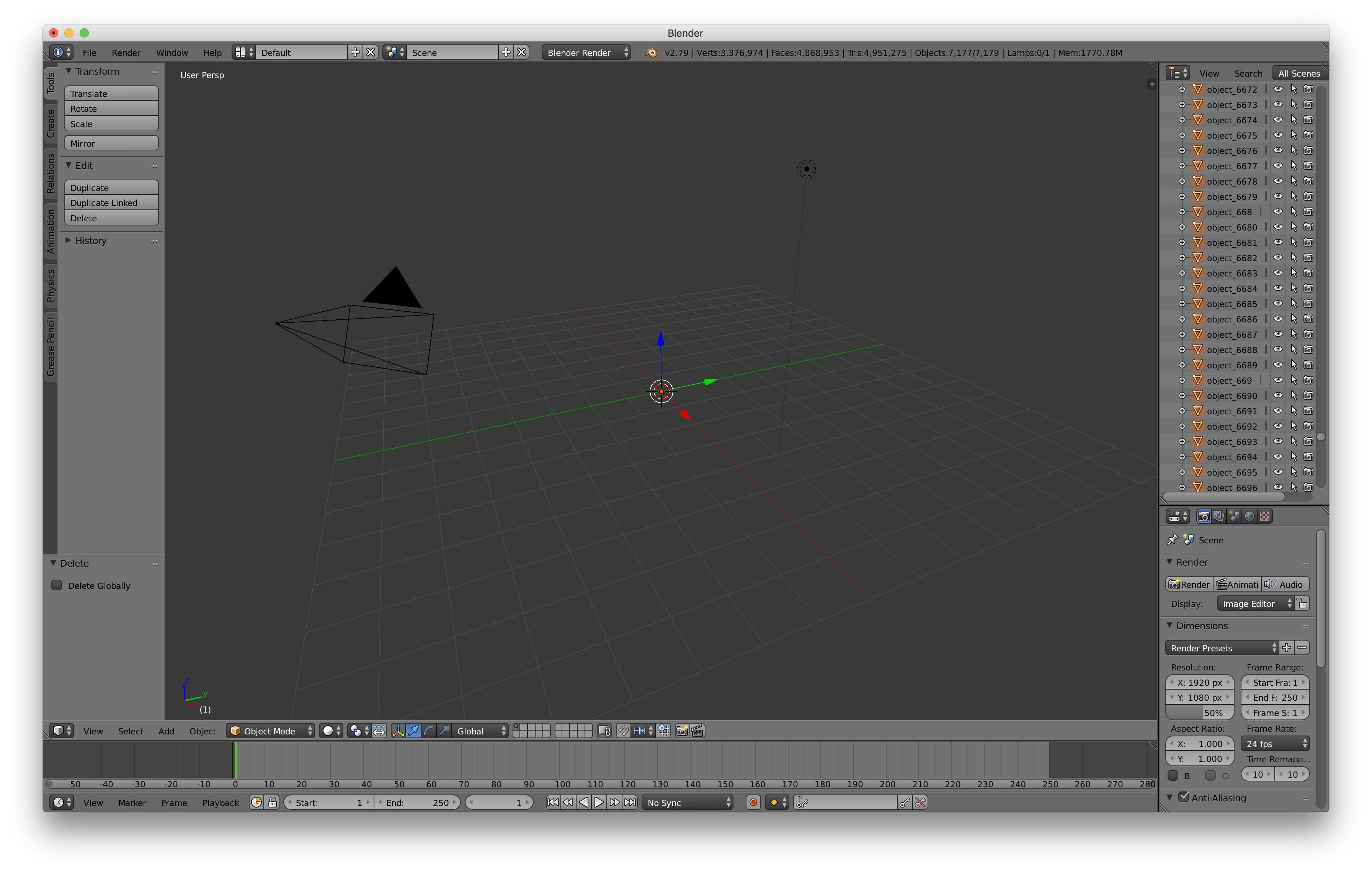 I also tried it in Windows enviroment and nothing changes. Another weird thing is that the .OBJ file is 920MB in size.

Thanks anyone for any advice in advance

Data Transfer always involves two components: An export process and an import process. Both of them need to be aligned with each other to produces a correct result - or at least a desired one. Now, we don't have your source files available, but let's tackle your comments bit by bit:

Another weird thing is that the .OBJ file is 920MB in size

This is basically buried in your tessellation settings. Your model is an architectural one, meaning it spans across a dimension of roughly 100 meters. Rhinos internal units however deal with sizes of millimeters or centimeters (to be checked within your Rhino settings), and the tessellation refers to that. The defaults are crafted to objects at the size of a coffee machine would tessellate nicely. You're feeding something considerably bigger to it, so the settings for tessellation can be lowered to compensate for that. Especially the minimum edge length seems to be far too fine from where I stand. As soon as objects are curved, this will result in very dense triangulation.

The first part is a misconception. Check your own screenshot and have a look at the right on the Outliner area: 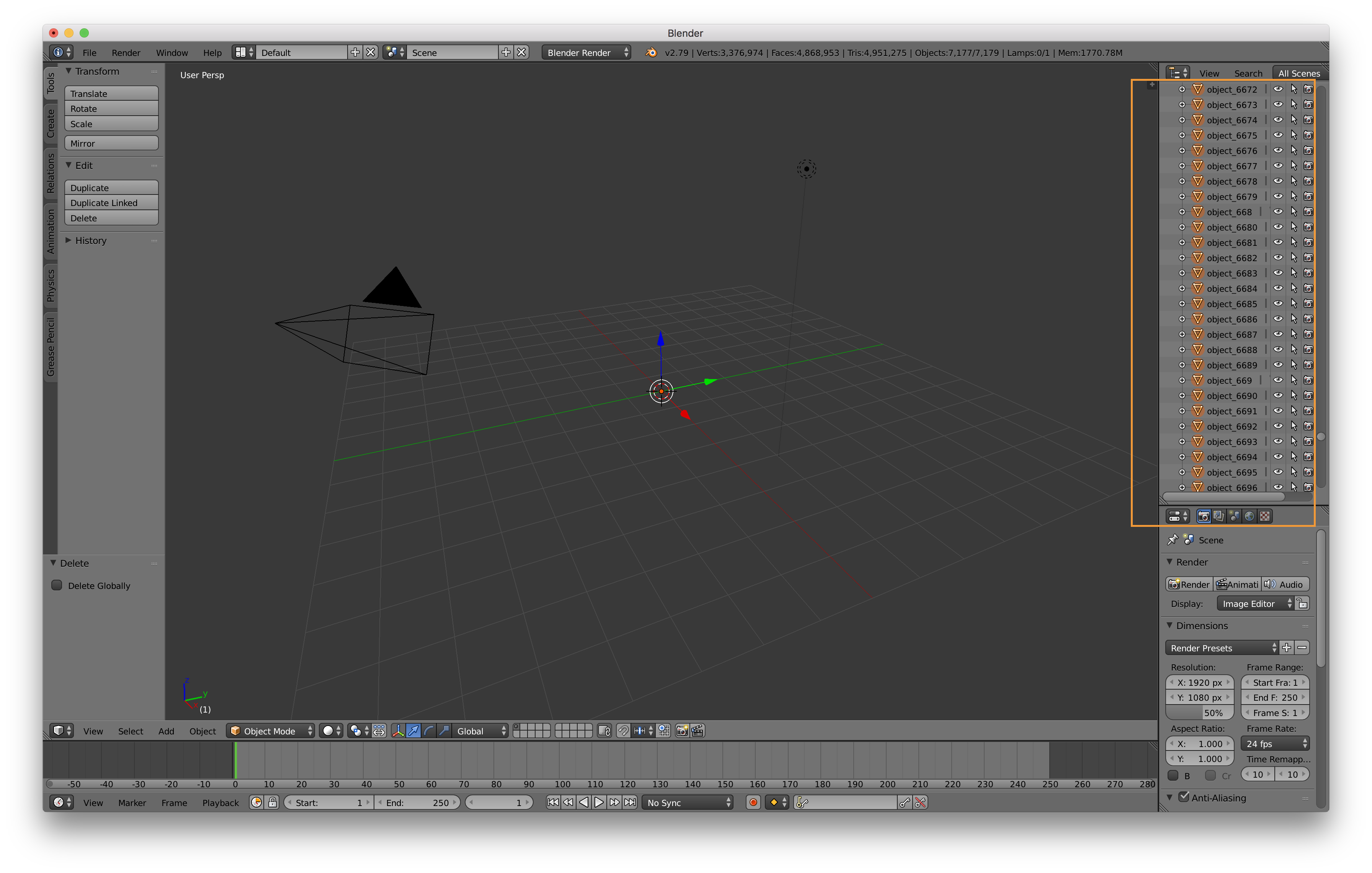 You'll notice that there are a bunch of objects. Generally that means that data has been transferred, just you don't see it. And this leads to the second part, which is:

OBJ sucks at what it actually CAN store

The worst part however is that the OBJ importer in Blender has no Scale setting either, which you could use to apply that unit compensation. Blender 2.82 does have it for the exporter, but not for the importer, for reasons that are beyond me. So the only thing you can do on the Blender side is to scale down the scene using the 3D Cursor as the origin by a factor of 1.000. Maybe you have said unit compensation on the Rhino side.

These settings work for me when exporting an .OBJ file 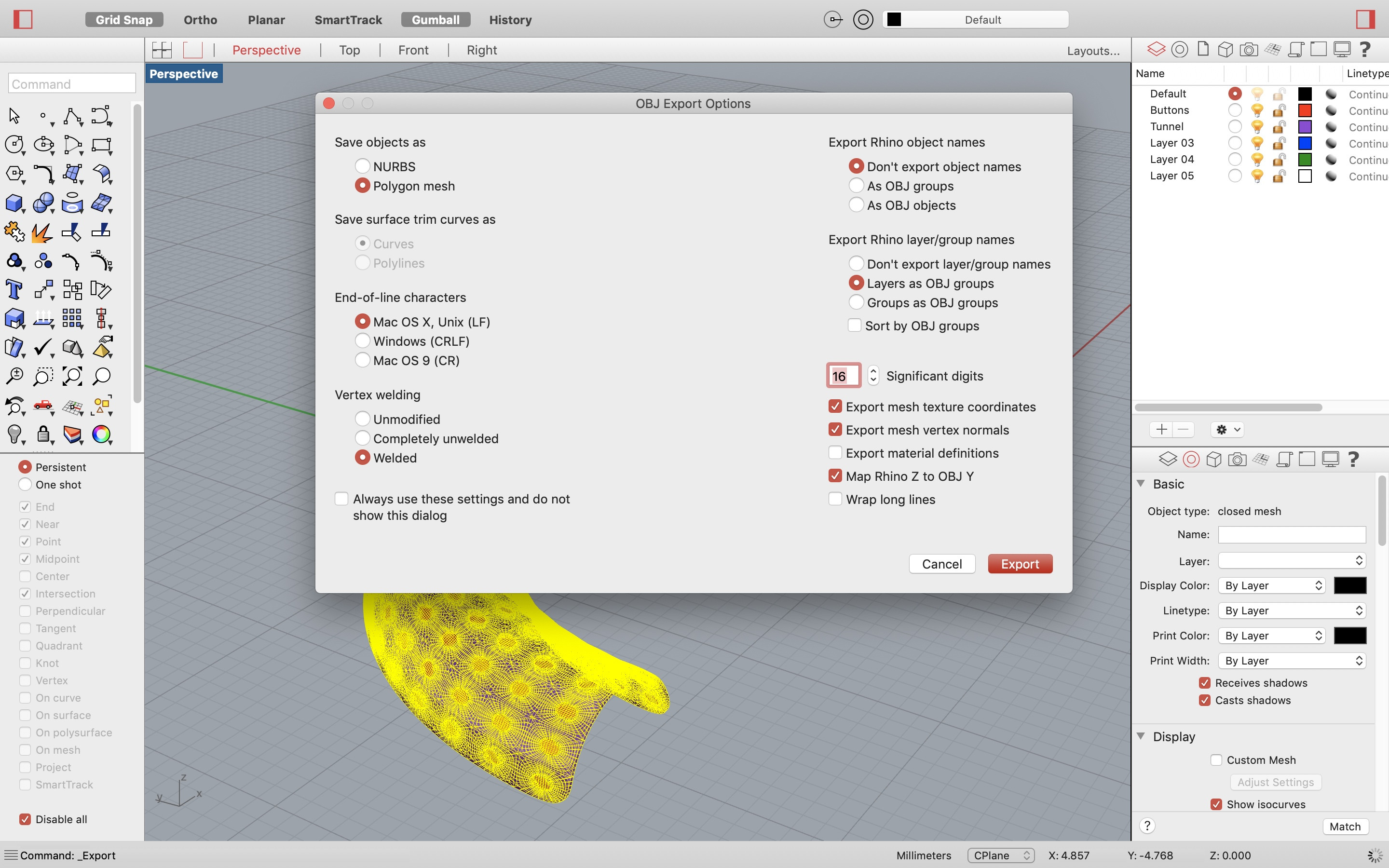 Not the answer you're looking for? Browse other questions tagged import or ask your own question.

0
.OBJ Import Error
1
I cannot import or export anything in Blender. It throws
0
how to scale imported .obj and .fbx
0
Why is Blender Exporting to Unity as a Rig?
5
No smoothing group information was found when importing obj file in UE4
1
Imported model from Steam version of Fuse has flipped faces when rendered. Flipping normals does not work