Texture won't appear except for when I press shift + z

I'm extremely new to Blender and I'm starting out simple, just making a box and texturing it. I'm following along with the video "TEXTURE MAPPING For Absolute Beginners - Blender Tutorial" by Surfaced Studio on YouTube, and did everything exact (or at least thought I did?) but I can't seem to get my texture to appear normally on my box.

When I press Shift + Z I can see it. After some googling I found that someone had the same issue, which was remedied by setting "Minimum Draw Type" to Texture instead of Solid. I don't seem have this option and can only find "Maximum Draw Type" (other people have had this problem too) 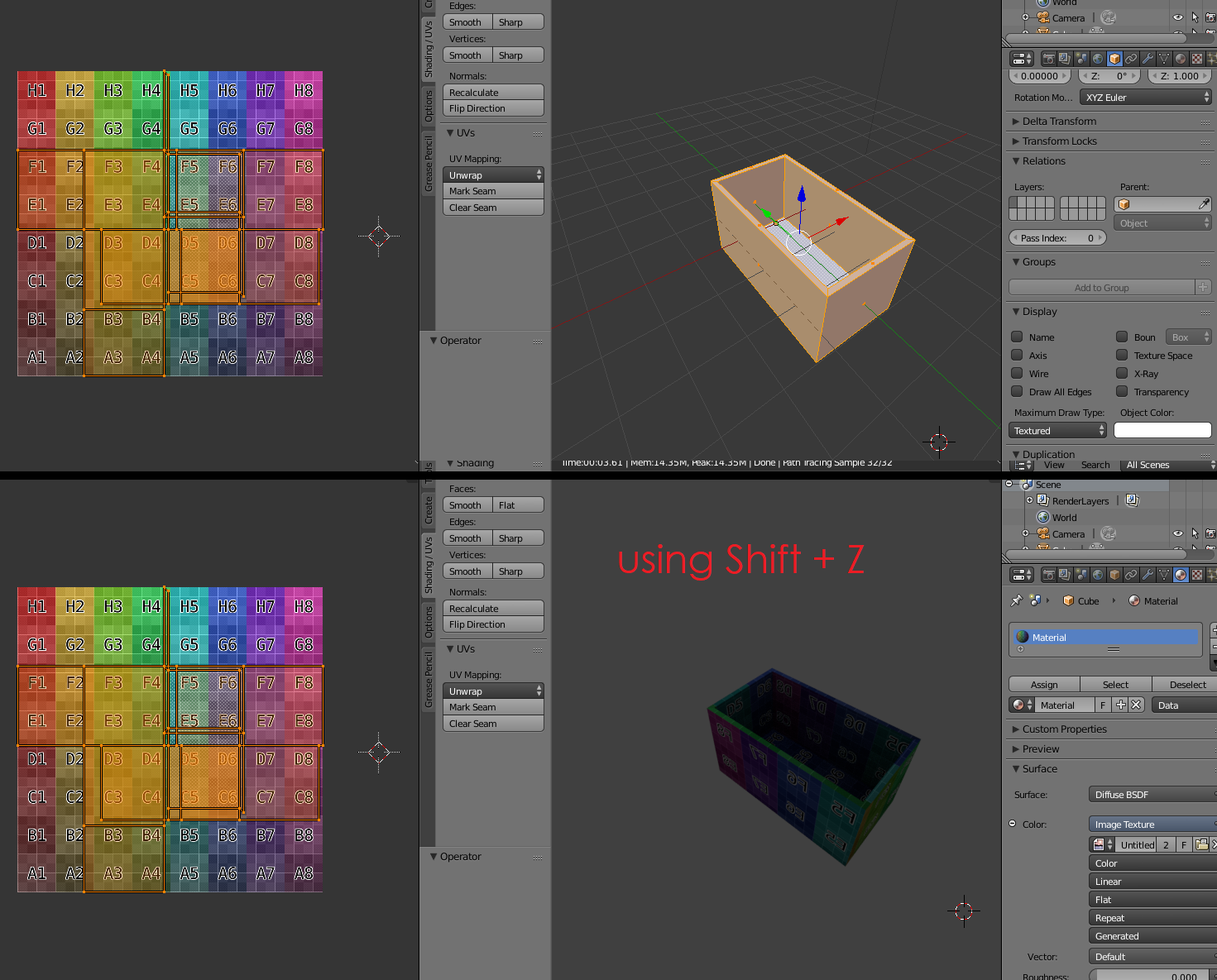 Well, this is embarrassing... But I am relieved at what a simple fix this was.

I found a different tutorial on textures and I repeated my process, except that this time I changed the Viewport Shading to Texture instead of Solid.

1
How to export object with its texture for 3d printing?
0
Blender Render Texture Painting
1
None Type Texture in Image Breaking Export (Somehow)
0
TexDraw doesn't actually draw anything onto the model
0
Why does my texture image look compressed in the z direction on the side of this cylinder, but look perfect on the top?