Creating duplicated sides on an object

I am trying to duplicate each side on an object. I have managed to mirror as per the image below, however I cannot work out how best to duplicate the other two sides where they're supposed to be (adjacent to the existing 2 sides)

The object itself is basically like a Greek pillar, where each side is the same. As I will be insetting each face, I want to duplicate each side so that the measurements are exactly the same

Thanks for the response. However I've tried doing this but they aren't lining up properly? (see images below, also showing the settings applied) 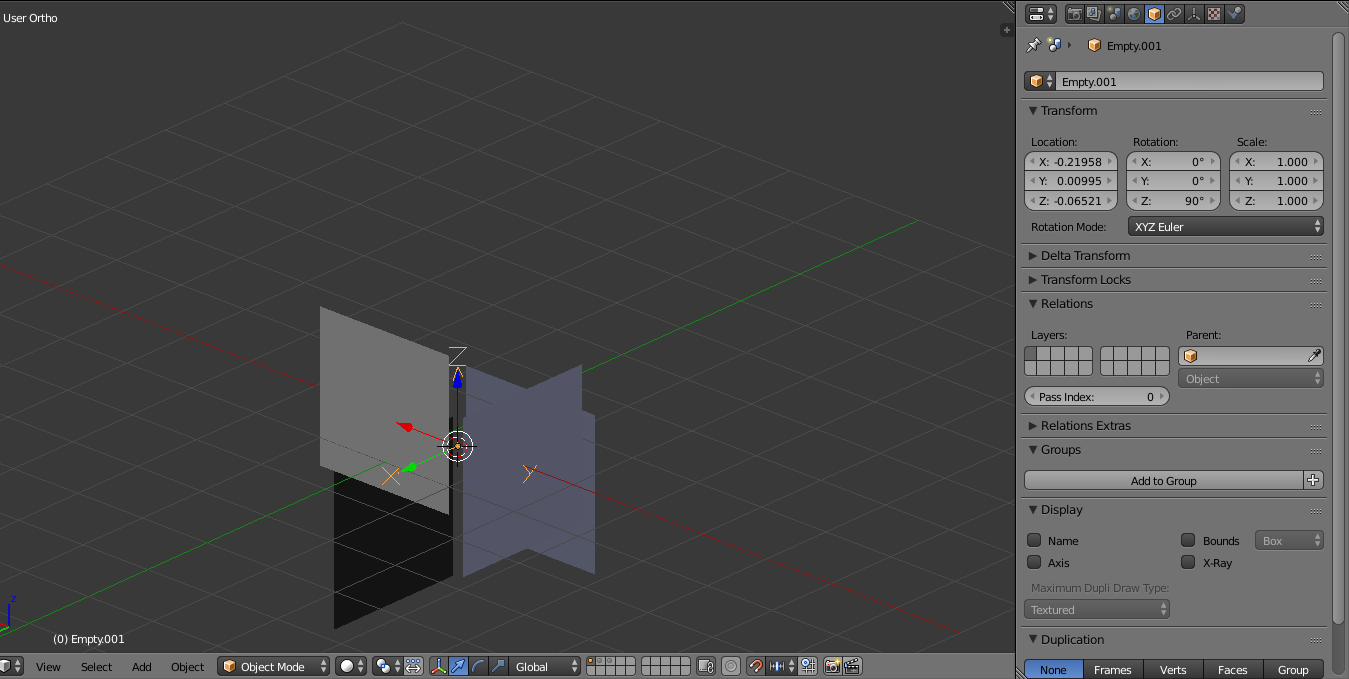 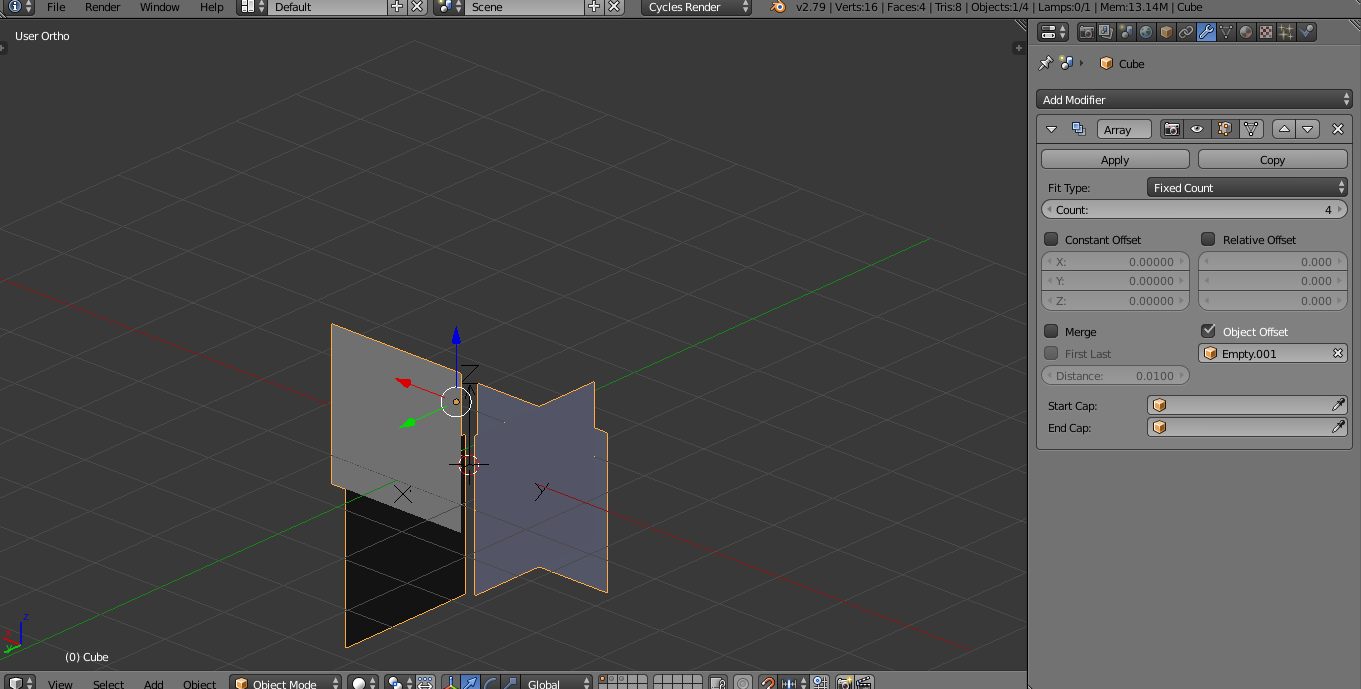 Test image the plane created from front face of default cube. It still has the cube's origin. And is located at the origin. An empty is placed at origin and rotated 90 degrees in Z.

The empty is then used as the array modifiers object offset. There is no translation or non uniform scale to the empty. The only offset is the rotation in z,

To add more pillars in the scene, make a group or in 2.80 a collection instance. Involves adding objects of pillar to a group (or collection) and adding a group instance from add object menu. 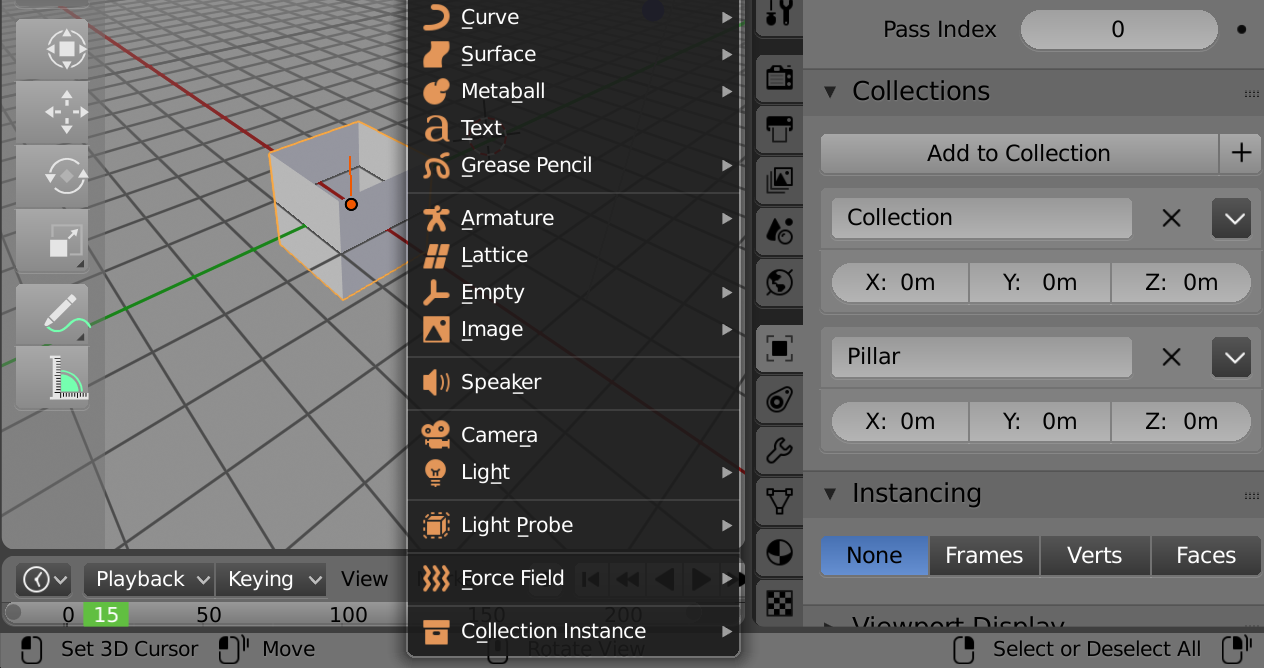 Plane added to collection named "Pillar", A pillar can now be added at any time with shift A add collection instance, and choose Pillar. Every pillar in scene is made from one single 4 vertex plane mesh. Notice the option to offset an instance such that when placed its origin is at the base for example.

Not the answer you're looking for? Browse other questions tagged modeling mirror or ask your own question.

1
Problem with object made from joining objects that both had mirror modifiers
0
Best way to mirror duplicate a rigged object?
0
keep applying transformations to duplicated object
2
Making a slanted pane that is more than a simple square with translation
1
Mirroring in Object Mode, taking rotation into account