How to smooth a curve from an already existing model?

I'm creating a set of train tracks for a game known as "Garry's Mod". It runs on Valve's Source Engine, and for being an old game engine, it has it's quirks.

Namely, the inability to create smooth curves from within the engine's map editor, "Hammer World Editor".

I can create curves using the editor's built-in arch feature, but the curves aren't smooth, since they are just a bunch of straight blocks put together. 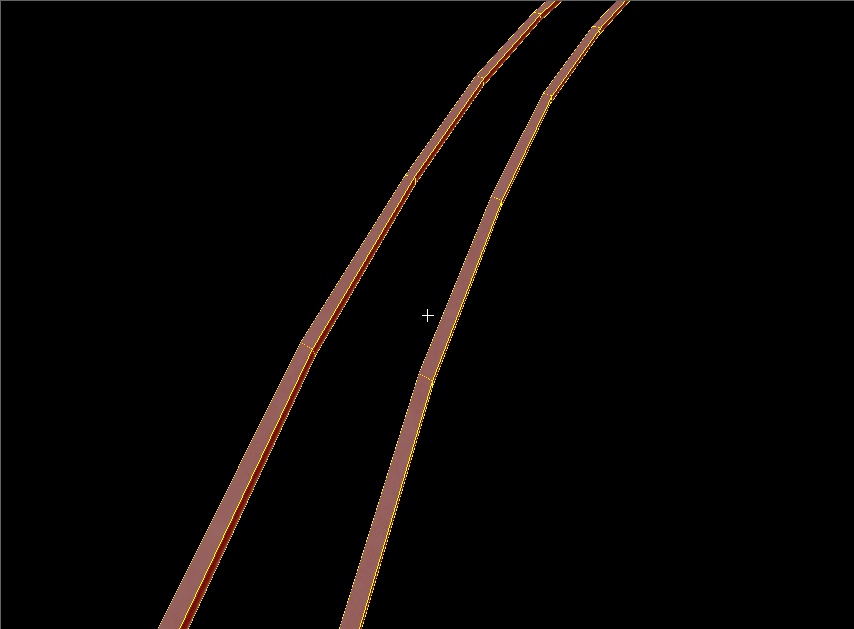 While I can increase the amount of pieces on a curve to make it look smoother, for some reason the editor deforms some of those pieces and makes the tracks look bad.

A friend recommended me to take the "blocky" curve, so to speak, and run it through Blender, to smooth it out. But that's where my problem resides.

How can I do that? I already have the prop loaded in Blender, but I'm a complete novice to it.

You can create brand new curves in blender, and then convert them to those tubes with needed resolution. How to do it, there is a lot of tutorials on youtube. Try to search something like "create pipes with curves in blender".
As for your existing meshes, you can convert them to curves. But segments you would have to handle anyway.
If you want to go this way, you have to get the single edge loop from your tube: Select your tube; go to Edit mode (Tab); switch to edge select mode (Ctrl+Tab, 2). Then select one entire longitudal edge (Alt + RMB on that longitudinal edge); and kill all others (Ctr+I - invert selection; X - delete Edges).
It will give you the wire-like mesh one vertex wide. Here it's good to switch to vertex selection mode (Ctrl+Tab, 1). You can use proportional editing (O) to edit it, use Smooth (Ctrl+V, Smooth), (W, Loop tools / Space), (W, Subdivide smooth) and any other tools you find useful. When you done with the mesh, return to the Object mode (Tab), and convert the mesh to curve (Alt + C, mesh to curve). And how to deal with curves you already know from the tutorials about pipes, that I suggested before :-)

1
Update an existing (animated) model
5
Can a model be both smooth and flat shaded?
1
Smooth road curve
0
Increasing mesh detail from existing model
1
How to smooth already made slope?
1
Exporting a UV Mesh from an Existing Model