How to use different offset for each duplicate created with array modifier?

I would like to generate several copies of an object, but place them at specific locations. One way I thought I could do that was to use the array modifier, but have it use different relative offset for each iteration (eg. the first clone is created with relative offset {1, 0, 0}, second with offset {0, 1, 0} and third again with offset {1, 0, 0} to create sort of S shape).

I tried to use the array modifier multiple times on one object with different offsets, but it always duplicated all the objects previously created by previous array modifiers instead of creating just one new copy.

I understood that using array modifier is probably not the way to go. How could I accomplish what I want?

(btw, the "S" mesh won't be rendered: only your object's instances)

I think that one way to accomplish what you need is to create a Bezier curve wich have te route that you want, then add a array modifier to the mesh that you wish to duplicate but set the Fit Type to "Fit curve", finally you can add a Curve modifier and in the Object, select the curve. So the first modifier will match the curve's length and the second will match the route that you need. 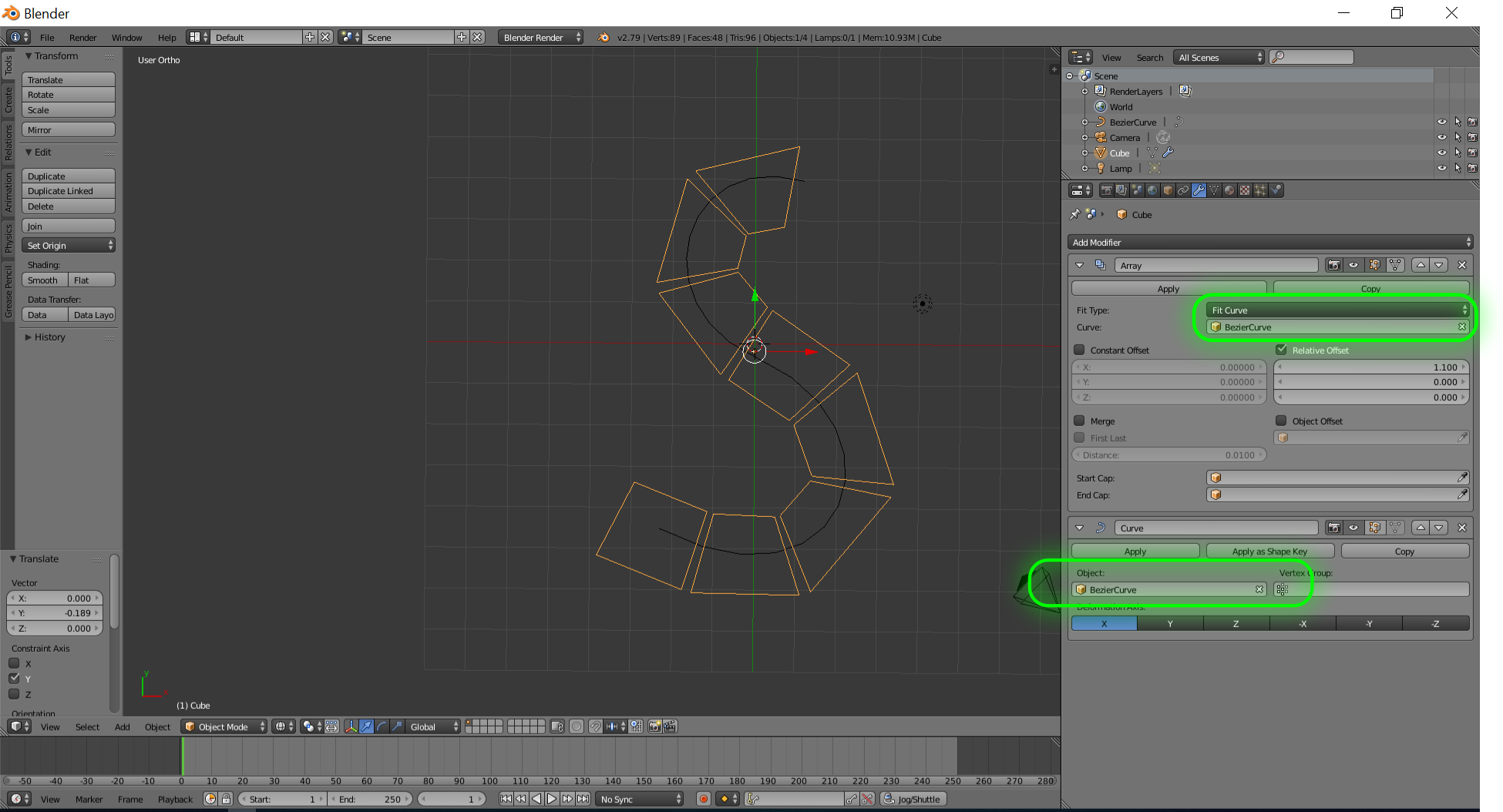