I'm modeling a GoPro camera, and am using circular n-gons to make a set of nested depressions for the lens. The model without subsurf looks like this: 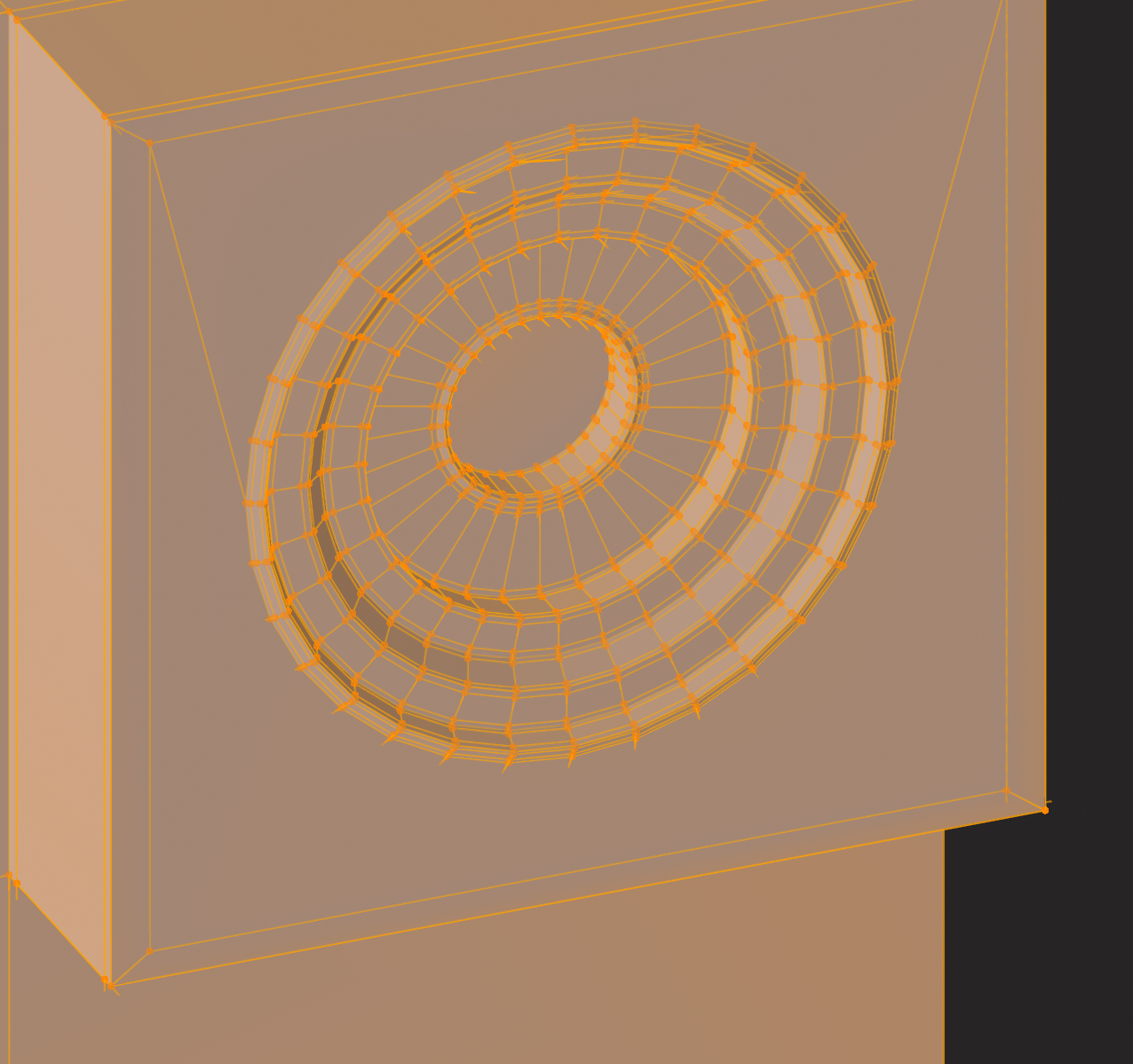 When I try to apply a subsurf modifier to any degree, I get crazy distortion like this: 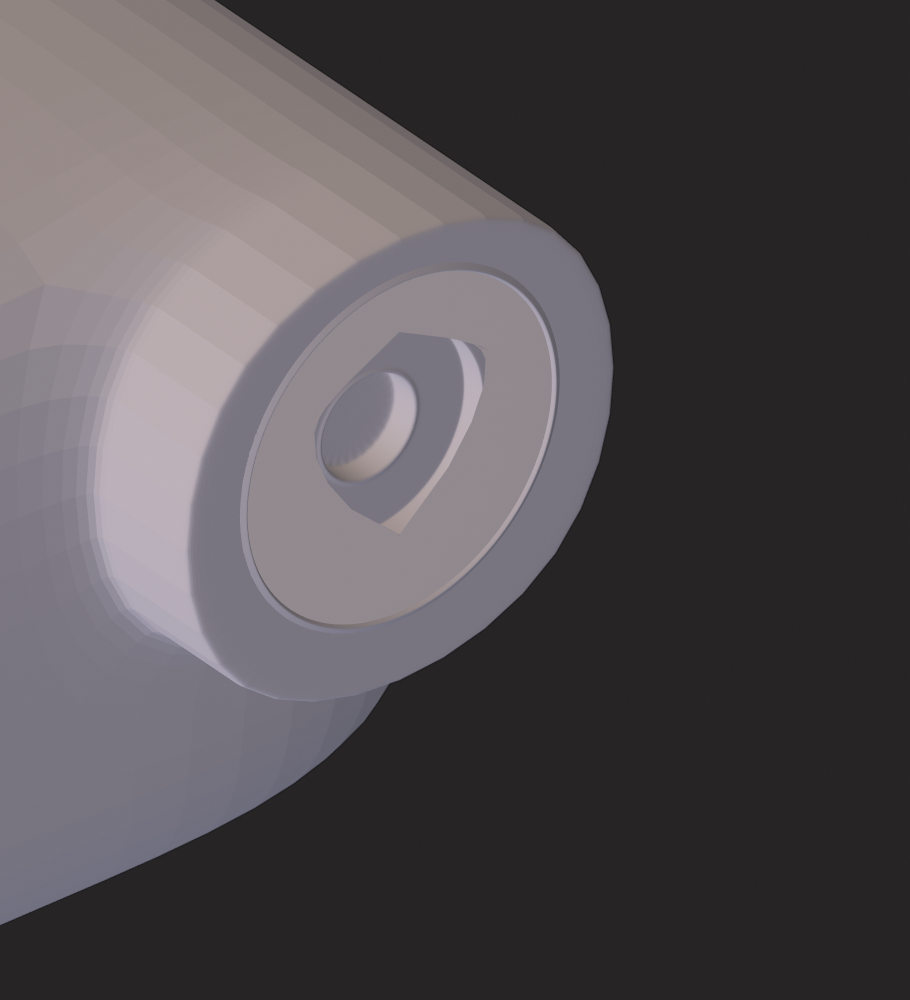 My only thought as to what could be causing this is that the mesh isn't all quads, so I tried using a remesh modifier, but only got high-enough quality results at around octree 9 or 10, far higher of a resolution than I want to deal with when render time comes along.

Is there any way short of manual retopo that I can stop the subsurf from freaking out over the n-gons?

Any and all help is appreciated. Thanks in advance for your time.

EDIT 1: I'm running Blender 2.8 Beta, so if all else fails I'm prepared to accept that this might just be a bug, in which case I'll start over in 2.79.

EDIT 2: So I fixed the problem through manual retopology, but I'm still interested in hearing if anybody knows a faster way to do this for future projects. Thanks!

A quick way to fix your topology:

.. but if you're subsurface modeling, as batFINGER points out, you really should be heading for a much lower number of vertices to make a circle in the end result:

4 sides .. Noticeably not octagonal under one level of subdiv., or circular under two. You can get away with it if you know it's never going to be close up. Shading artifacts, too.

6.. Quite a lot of things have 3-symmetry, and a hexagon makes a perfectly good circle

8.. By far the most common because of the shown topology - comes naturally out of a quad, the diagonals can be absorbed in 5-poles in a holding loop around the circle, or your beveled edges, so don't propagate around your model

.. any more than 8, probably large-scale structure rather than detail, or soaking up necessary loops from somewhere else in the model.

The Illustration is of 0,1,2 levels of subdivision on the various polygons, with a 32-circle in the middle for comparison. 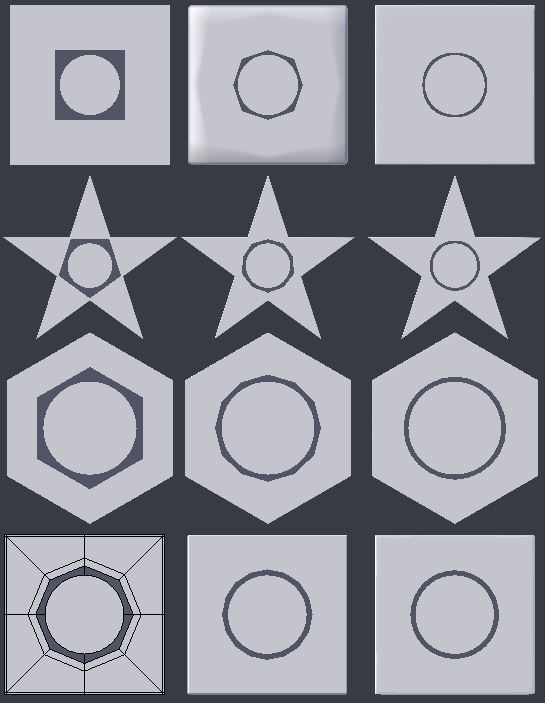 Tl;dr: NGons are split into triangles and will always cause uncontrolable geometry with the subdivision surface modifier. You can only stop this issue with retopology/proper topology.

The linked pages lead to paid addons, which I am not affiliated with. If linking to these is not ok, feel free to edit this answer.

When you have N-gons with too many edges you will ALWAYS run into problems like that when subdividing. I'd suggest reading this stuff to get more in-depth knowledge about sub-d modeling principles tips and tricks: http://wiki.polycount.com/wiki/Subdivision_Surface_Modeling.

Also, mesh doesn't have to have always be perfectly quad polys when you work with it. Your problem can also be solved by proper utilization of a knife tool in the area where you have those type of artifacts.

5
How to create a Pacman-esque clock icon
4
Topology question regarding circular holes
2
retopology mesh intersects with sculpted mesh
2
Any tips for simplifying CAD models?
1
How to quickly fix (or avoid) the n-gons caused by boolean operation?
2
Advice on making these machicolations
0
Subdivision Modifier Inconsistency (2.8 stable)
1
Merging objects with flush faces, using Boolean union modifier?
0
Blender 2.8 I want to select the vertices, edges and faces that are on the front ONLY