How to fix wrong normals after subdivide/poke on a mesh containing a custom split normals layer? 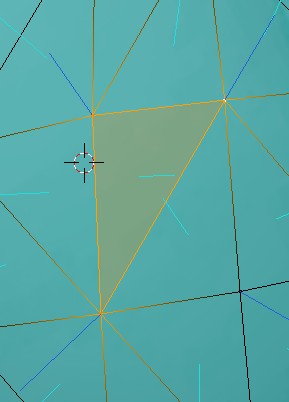 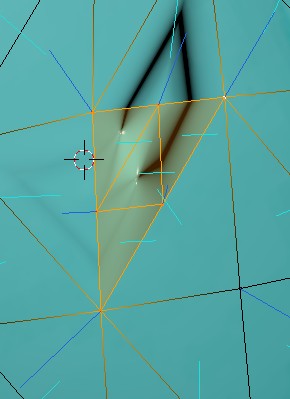 As you can see, the new face normals are all identical to the original one. I wonder if they could have been smoothed in some way?

None of these will auto-fix it (this is just one triangle, I have a whole mesh to fix).

A not so good workaround I found is:

The mesh has something called "Custom split normals layer".

So I went in mesh edit mode, now at the "Properties" window, at the "Data" tab, click on "Clear custom split normals data".

The moment I did that, the way the whole mesh looks changed somewhat, I could say it became more simple, like more basic or less impressive, but the overall looks didn't look bad at all, just simpler.

Subdividing now won't completely mess the looks, will just subdivide it quite well, but with that normals layer lost already...

I still wonder if it is possible to subdivide keeping the "Custom split normals layer" w/o messing it?

Just a wild guess (we could help more if we had the .blend file to look at): Have you tried removing doubles? Looks like you could have doubles.

Additionally, try going into wireframe to make sure that there isn't an edge connecting the outer 3 vertices underneath the new geometry.

3
How to merge vertices without affecting custom split normals?