I am still battling with Object ID keys (OIk). And this time I am trying to mask out or add an additional motion to the selected group of bojects from an already animated matrix. I am using OIk because I need to have precise states in matrices.

So my attempt was as shown in an image bellow. To create a group of objects and offset their position along +x axis with a help of a driver. But In addition I need part of that group to be offset in different direction (-x for example).

(Object controlled falloff) node with several object inputs does not suite me in this case, because I need a specific few from that group to have an additional or different kind of offset. And falloff will bleed its effect on an undesired cubes.

This setup that I did kinda work, but kinda don't some of the cubes loose their positions other don't react at all..

I tried to use second loop, but it cuts of the part of the matrix permanently And I cannot influence it with previous drivers anymore.

Again, I hope my explanation at least some what understandble.. 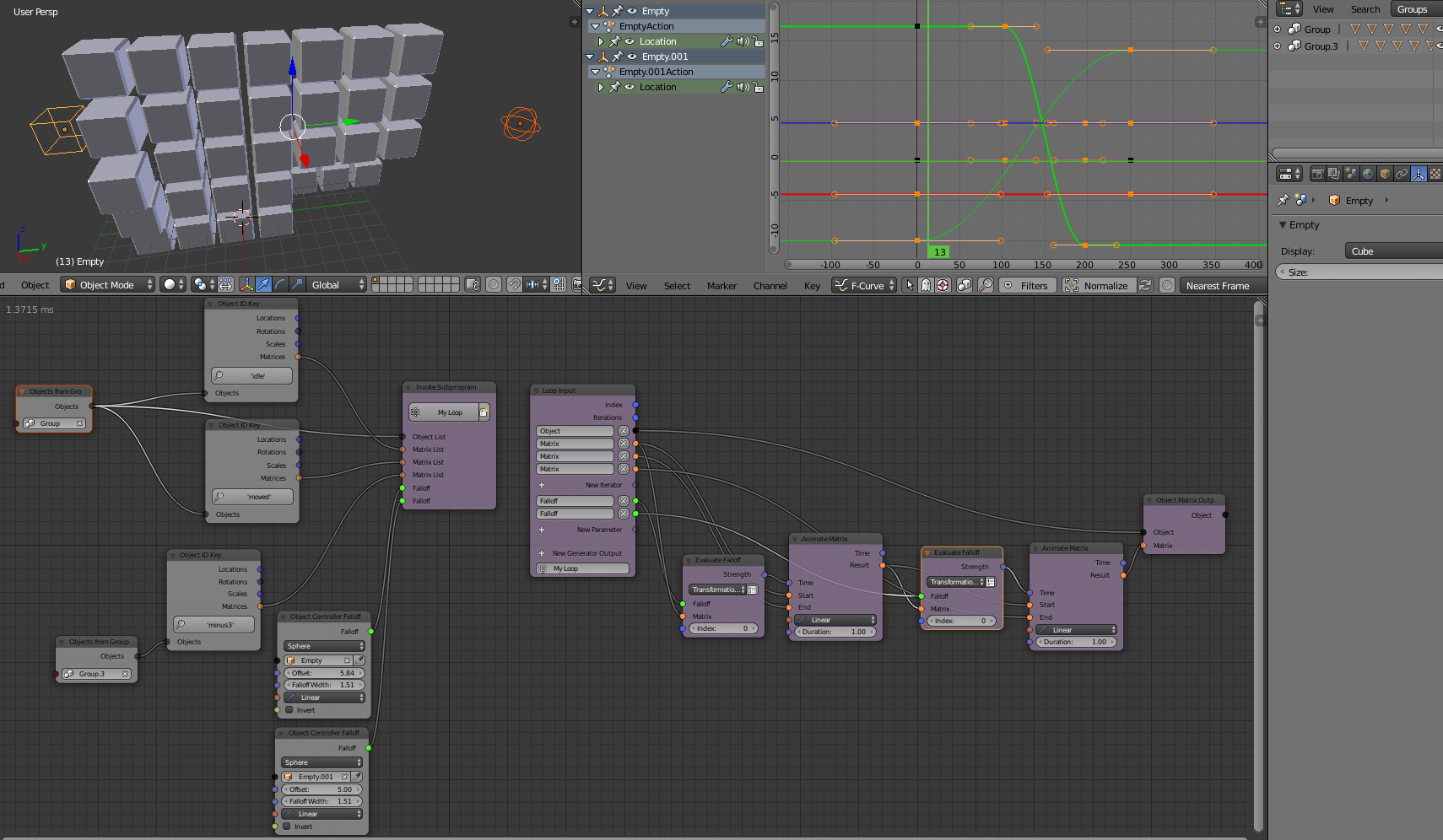 If you want the objects to stop at a certain height that may be computed as an offset of the object's location, simply overwrite the used falloff by taking the maximum or the minimum of it with a custom falloff that represents the state of the object. Here is an example: 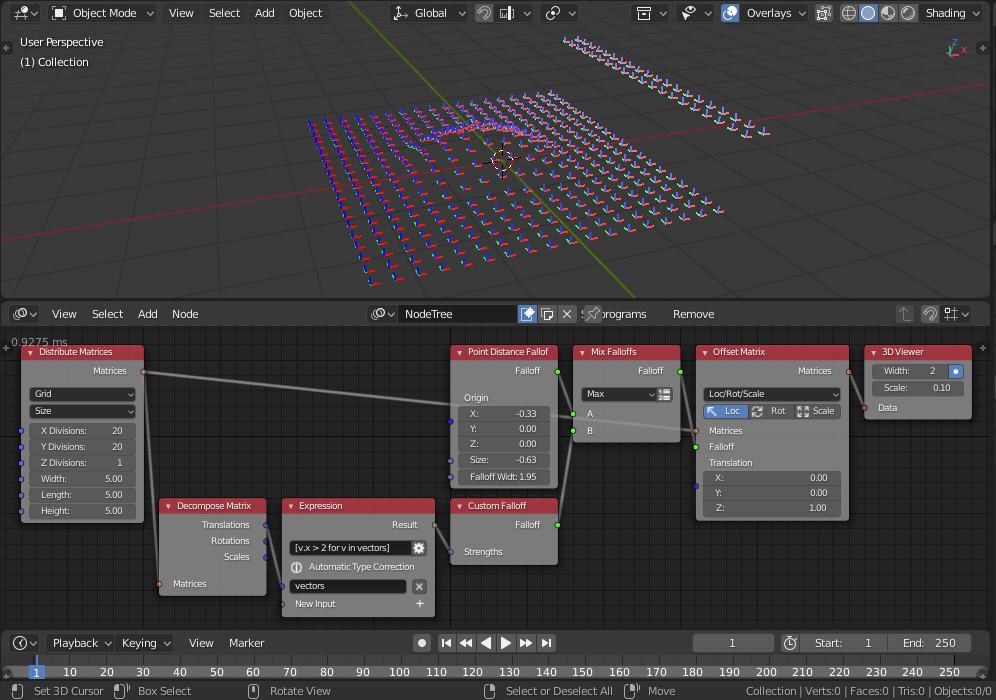 This offsets the matrices by the maximum amount if their x location is larger than 2.