Can't get the active_object in Operator

I try to get the active object by "bpy.context.scene.objects.active" in my operator, but I receive a error 'Context' object has no attribute 'objects', what's wrong?My scripts is as follow: 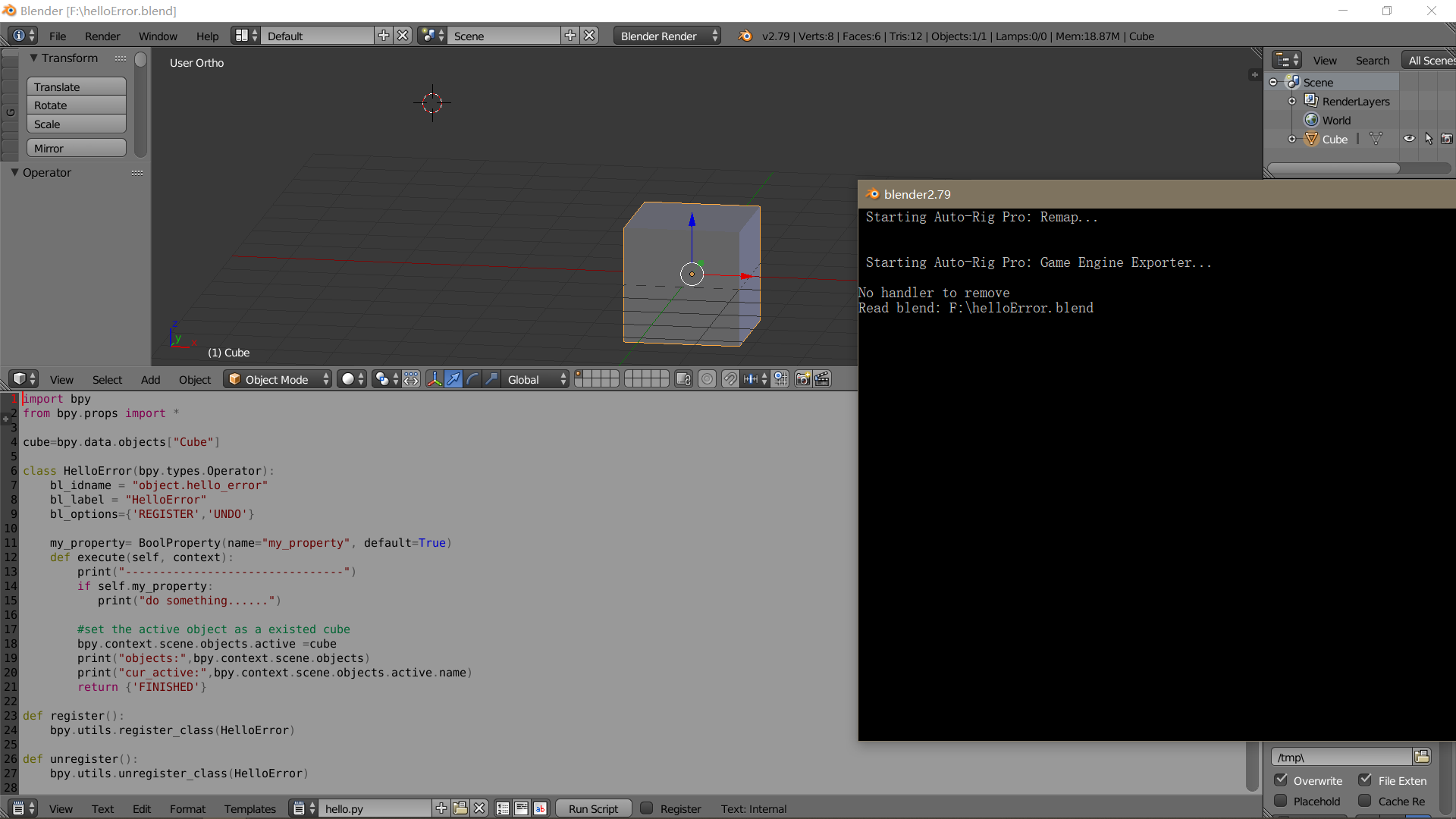 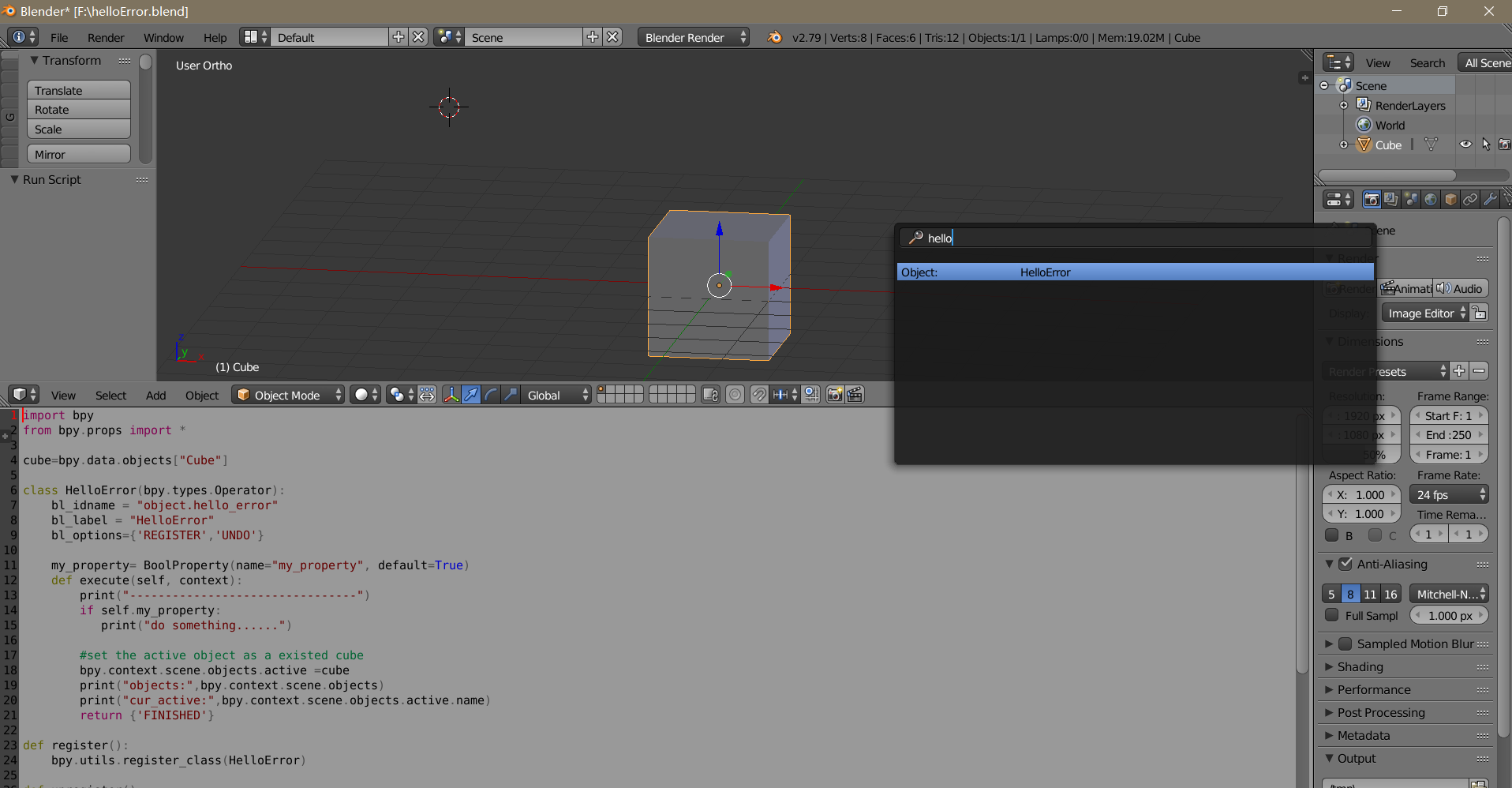 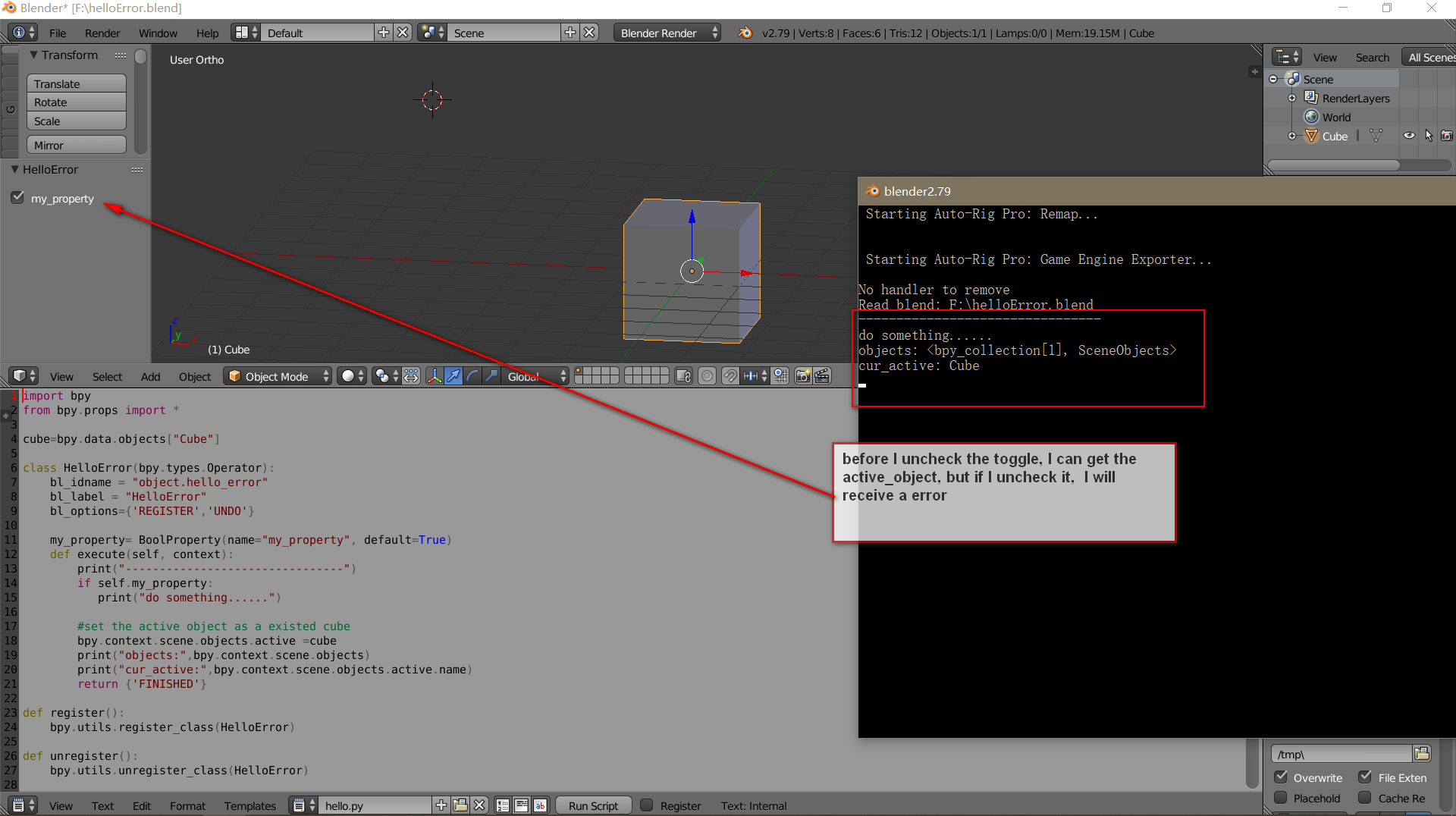 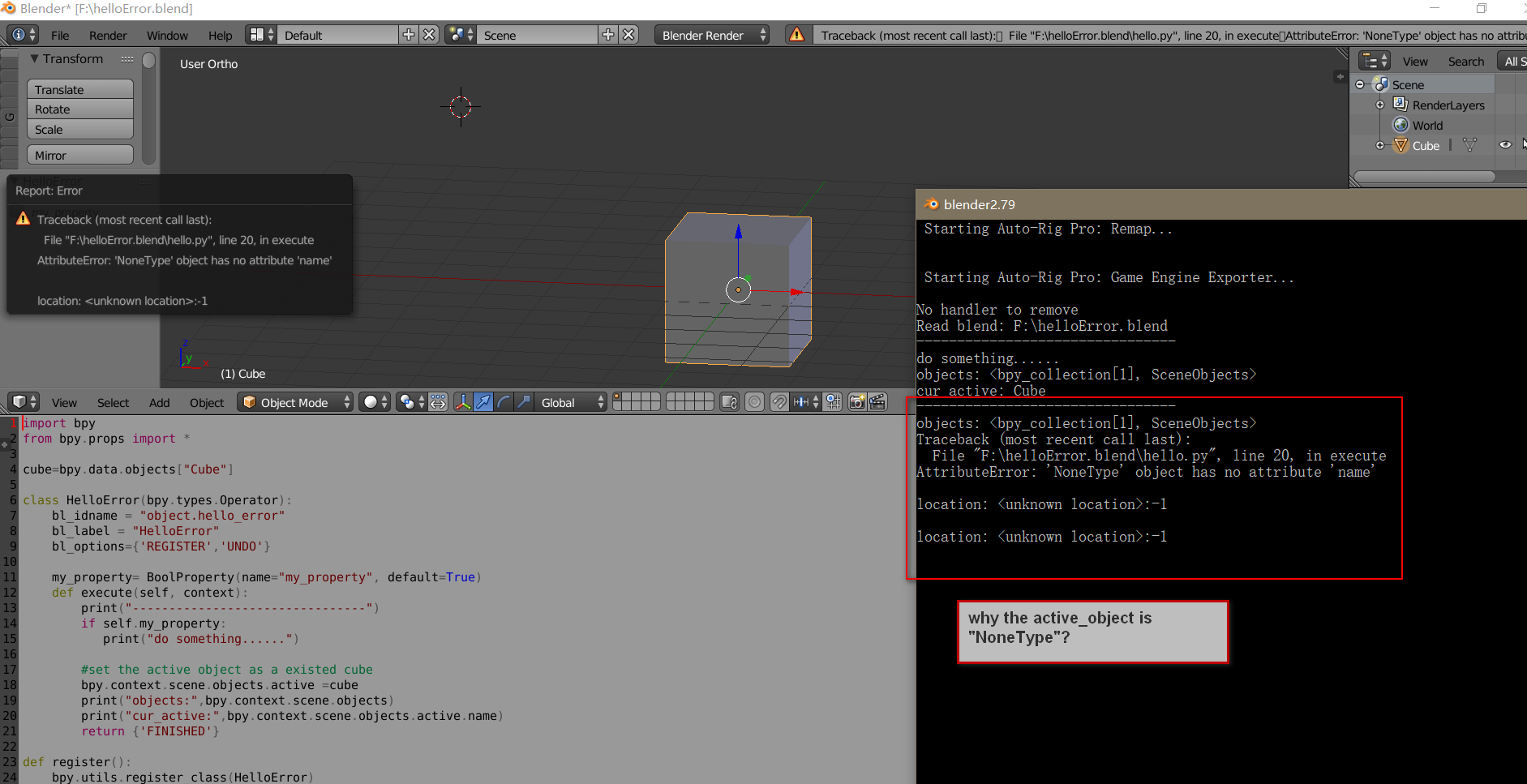 And the blender The file will be uploaded soon(It seems that the website"https://blend-exchange.giantcowfilms.com/"cannot be accessed now in my computer, i will upload the file once it is accessible)

You need to be aware that Blender, when changing such custom properties, internally runs an undo step, and then re-executes the script. The trouble with your script is that you define the content of the variable cube right in the __main__ area of your script. This means it is only run once when the script registers. When the undo->redo happens, this can get lost. In fact, when I just copy-paste your code into a new file, run the script, run the operator and toggle the property, the pasted script disappears (pasting it is also undone in the undo step).

To fix it, get the cube while executing. It could also make sense to get it in the invoke() function, but let's keep it simple for now. So try this modified script instead:

I've done a few other style modifications to it, namely using the context variable that is passed into the execute() method instead of constantly grabbing it from bpy.context, and using context.blend_data instead of bpy.data (a call which I removed later on, see next paragraph).

Finally, batFINGER pointed out in a comment that it is recommended to pull the cube object from context.scene.objects instead of context.blend_data.objects, as this will make sure the cube is already linked to the scene, and later on can be set as active object. Using the get() method, the variable will be set to None if there is no object named Cube, instead of throwing an error immediately. You could later on use a sanity check like:

Not the answer you're looking for? Browse other questions tagged python scripting operator or ask your own question.