Animating judo throws and working with two animations at the same time?

I'm trying to make a shared animation between two characters, and I am not sure about how to do it correctly. When I mean shared I mean that both characters interact in the animation, not that the animation is used by various characters.

I wanna make a Judo throw, in which case I figured after reading some tutorials that the best approach would be to make two animations, Throw01Caster (the player throwing people off) and Throw01Target (and the target being thrown off). This is the gif of the throw I wanna make (not with the follow up to the ground, just the throw)

I tried to put an animation with two sets of skeletons to animate, but when I try to animate one the other just stays in rest pose all the time.
Considering the nature of the movement I'm gonna need to work with two bodies being visible all the time in order to avoid constant clipping.

What would be the most efficient way to do this? or is there any way to make both animations at the same time and then separate them? I'm open to suggestions.

This doesn't seem normal. Make sure both your armature are set in Pose Position. 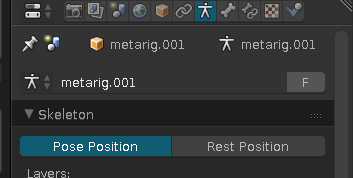 That way, you should be able to animate one armature while the other play it's own animation.

If it doesn't, maybe provide your .blend file so we can dig deeper and faster.

4
Can an action be mirrored or reused?
1
using Mixamo/adobe fuse, Makehuman, and blender together
0
NLA editor, I can't get two baked animations to work at the same time
2
Make object follow path and collide with other object