I am trying to create an effect where the color (green) spreads from the center and then regresses with a certain path. The only way I have been able to do this so far has been through the dynamic paint function and through using a secondary object as the brush to control where the color is added to the primary object.

In the file found here I have a rounded object which is being painted by an expanding cuboid mesh. The difficulty I am having is with the erase function. Though I have selected "erase paint" with the two lateral rectangles, neither of them is erasing the paint when I examine the bake image result. Their paths are correctly animated towards the center. The only thing that I have found that actually succeeds in erasing the painted color has been to duplicate the original brush, make it 30X its original size and select the "erase paint" option.

Using this method, however does not afford enough control in where the color moves. Color animation does not seem like it should be quite this complicated and I would very greatly appreciate any help you can offer with dynamic paint or suggestions for other ways of achieving the effect located in this video (with the expanding yellow circles). Thank you all, again, I greatly appreciate your help! In essence, I am trying to animate the process of taking a piece of paper, drawing graphite along the surface in a smooth fashion, and then erasing bits of the graphite to reveal the paper below.

I am new to the software and am trying to help my professors make some videos for my medical school classes.

The central cube is the brush as my goal is to have straight edges to the color animation. 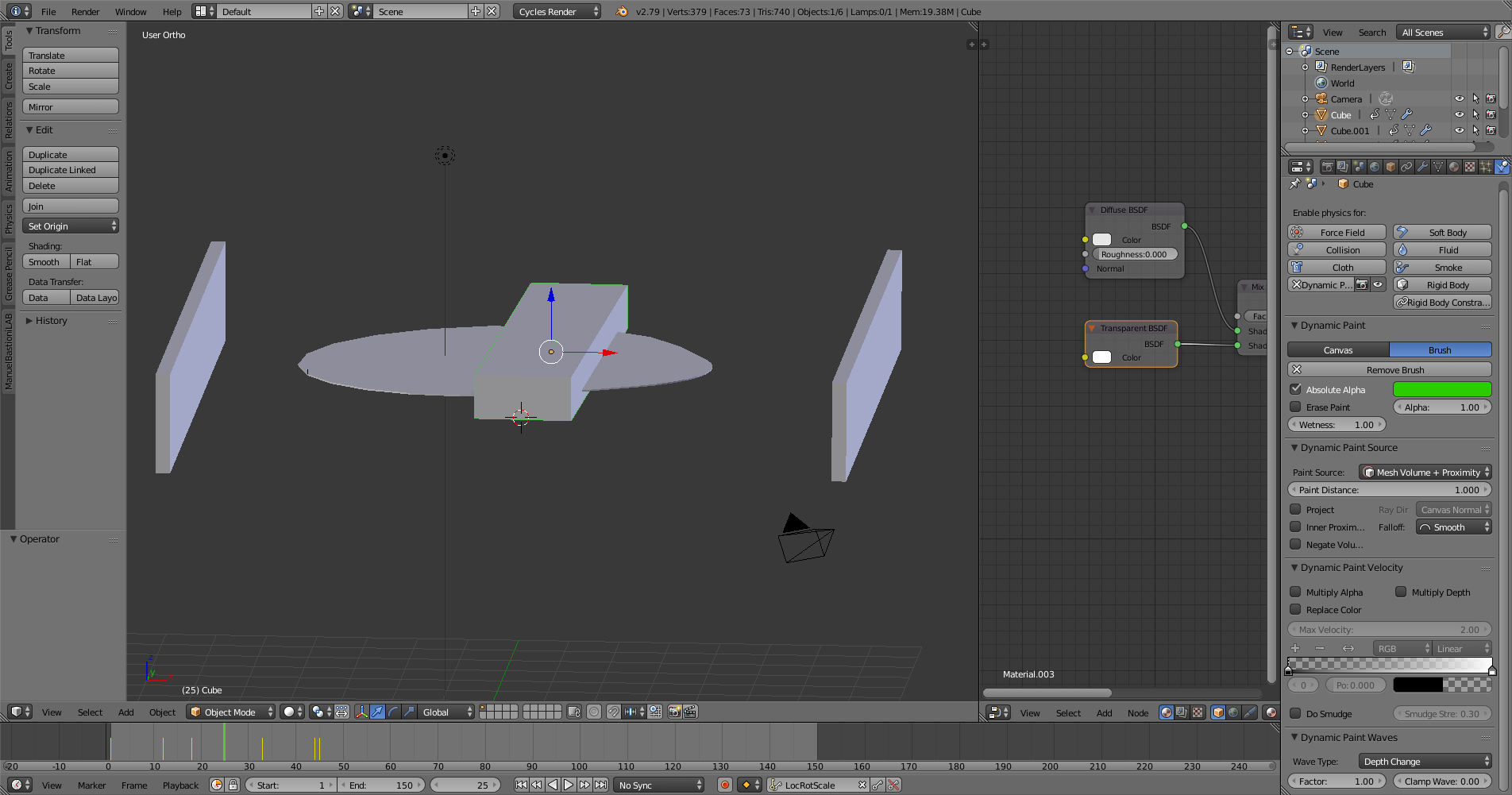 This is the render demonstrating the green color being added. 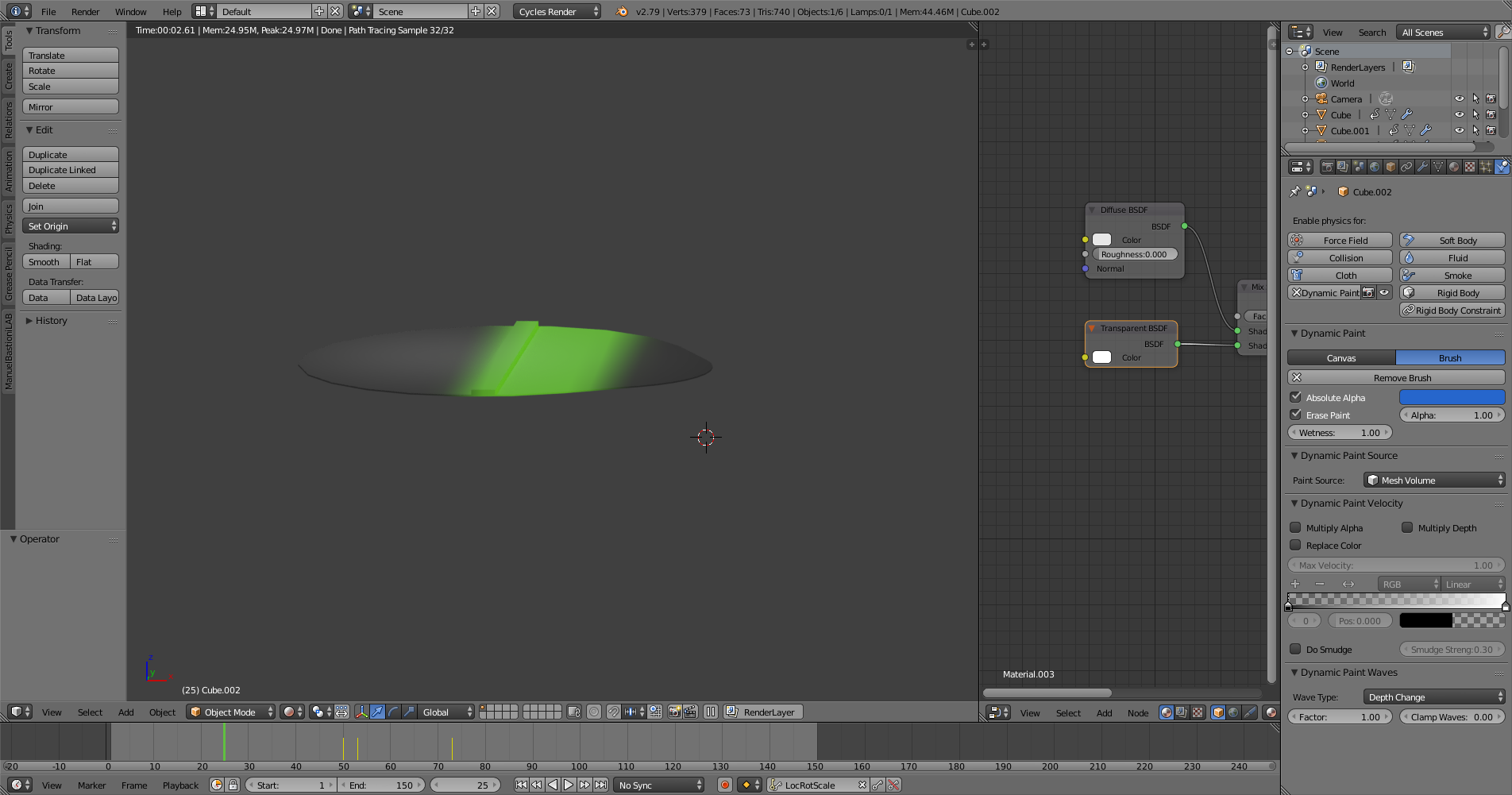 By expanding the central cube, the color has been expanded to the entire surface. 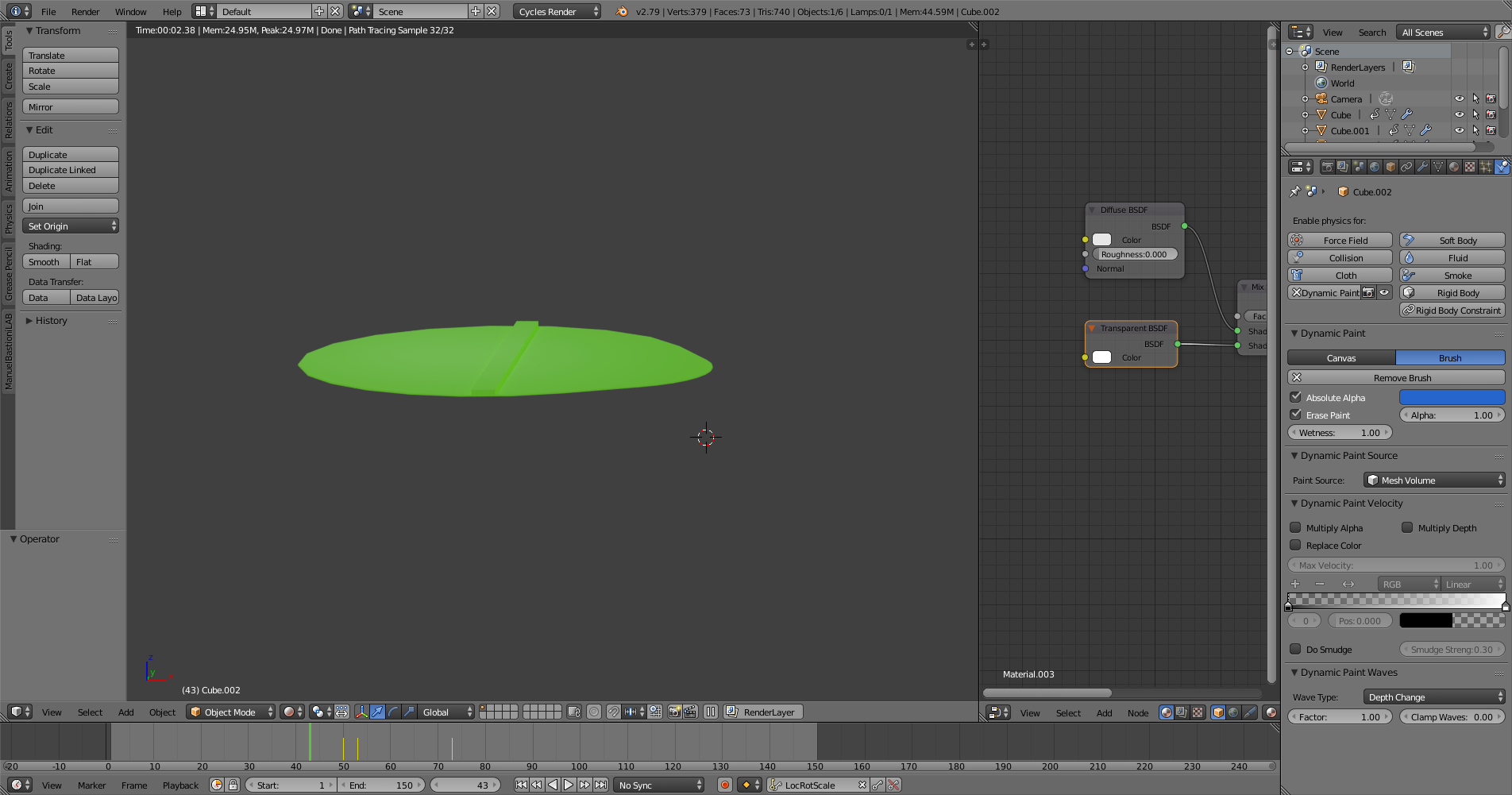 The outer rectangles are then moved in with the intent of removing the color from the outer edges. This is intended to give the effect of the color being removed in the opposite pattern as it was deposited. 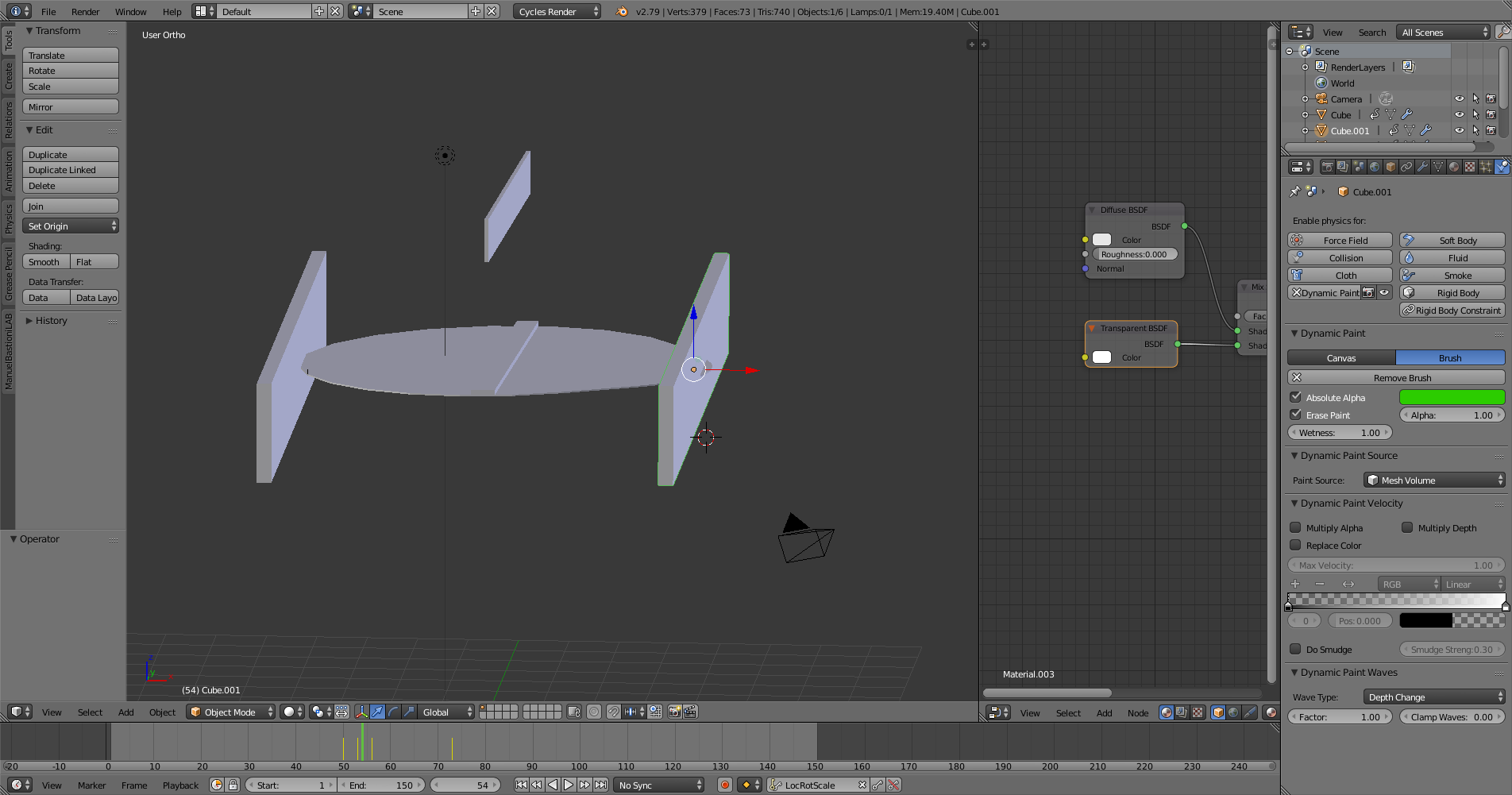 Further central movement is intended to remove the color from the lateral edges proceeding into the center. 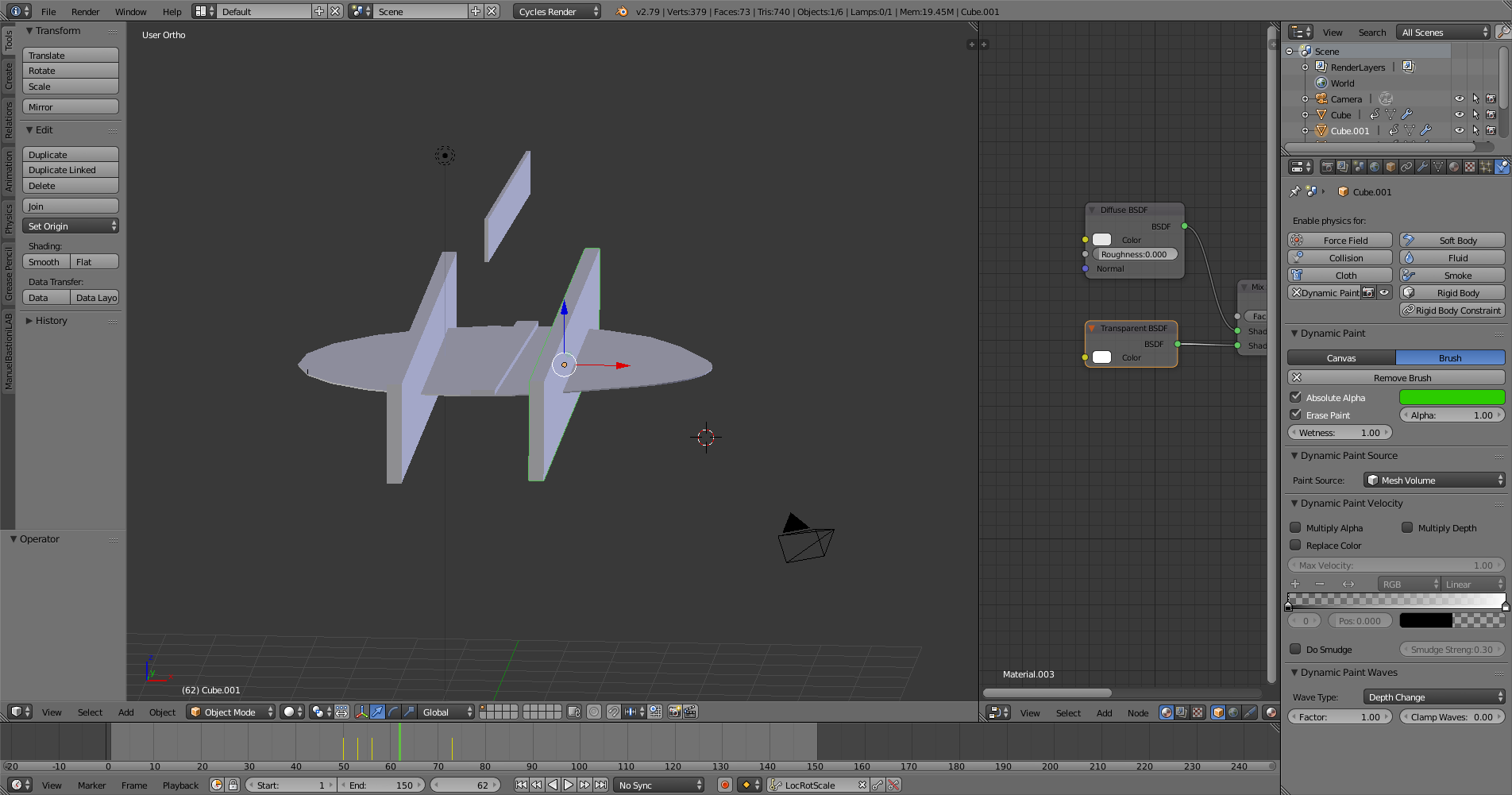 After the bake sequence is complete and the product is rendered, the color is not being removed by the "erase paint" function. The node I used is also demonstrated; it is a image 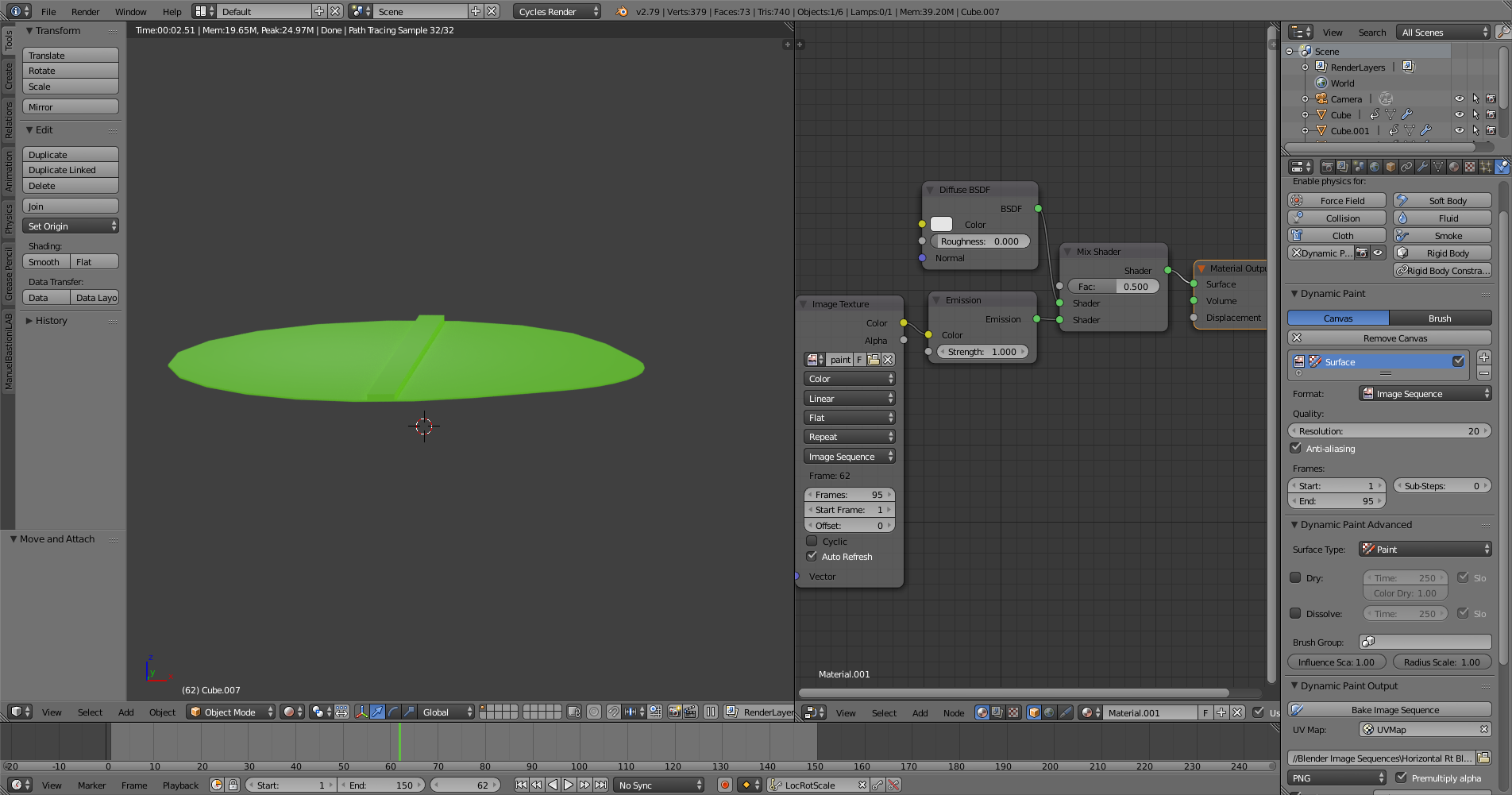 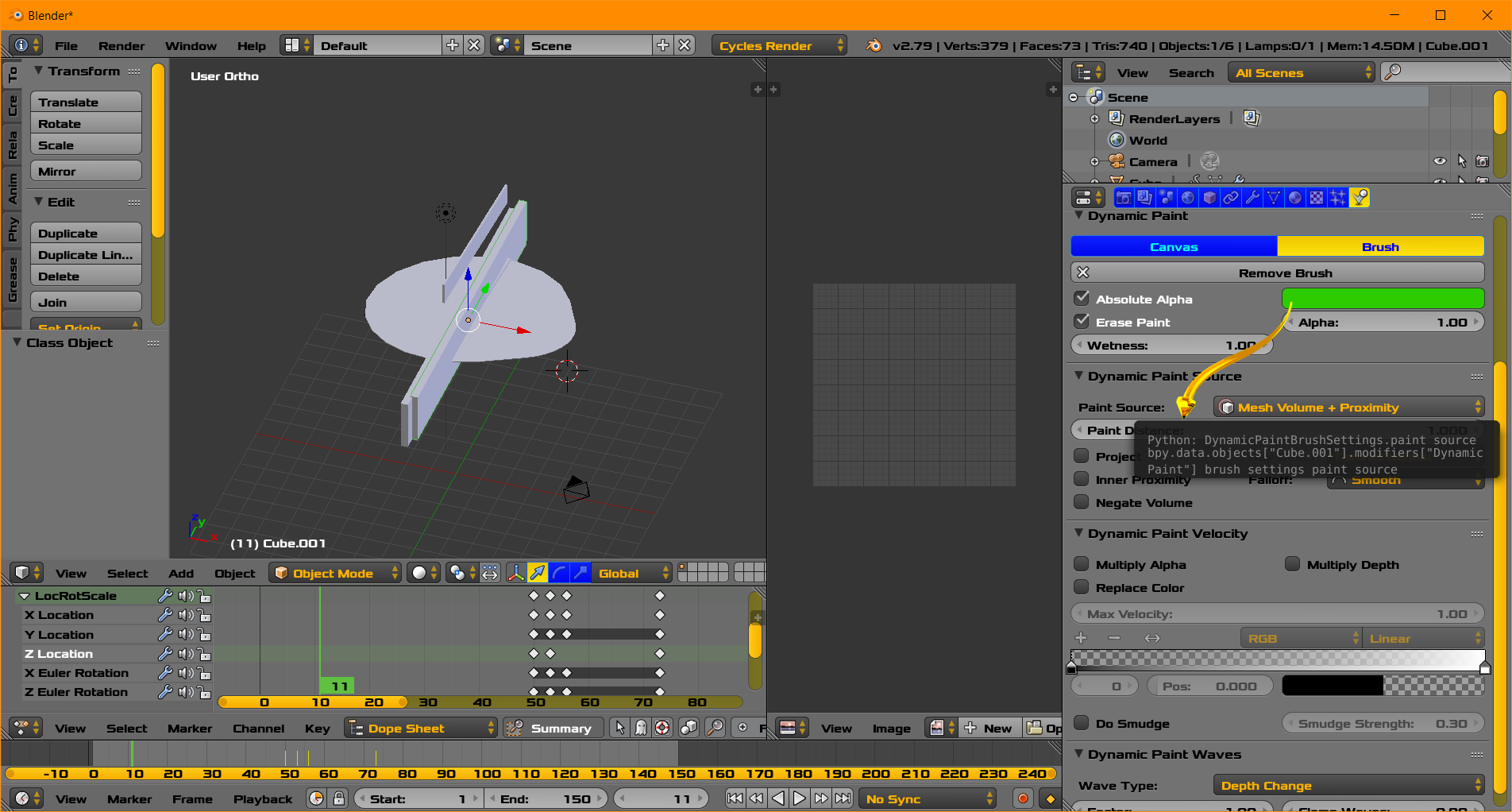 as indicated by the Yellow Arrow. Image Above. 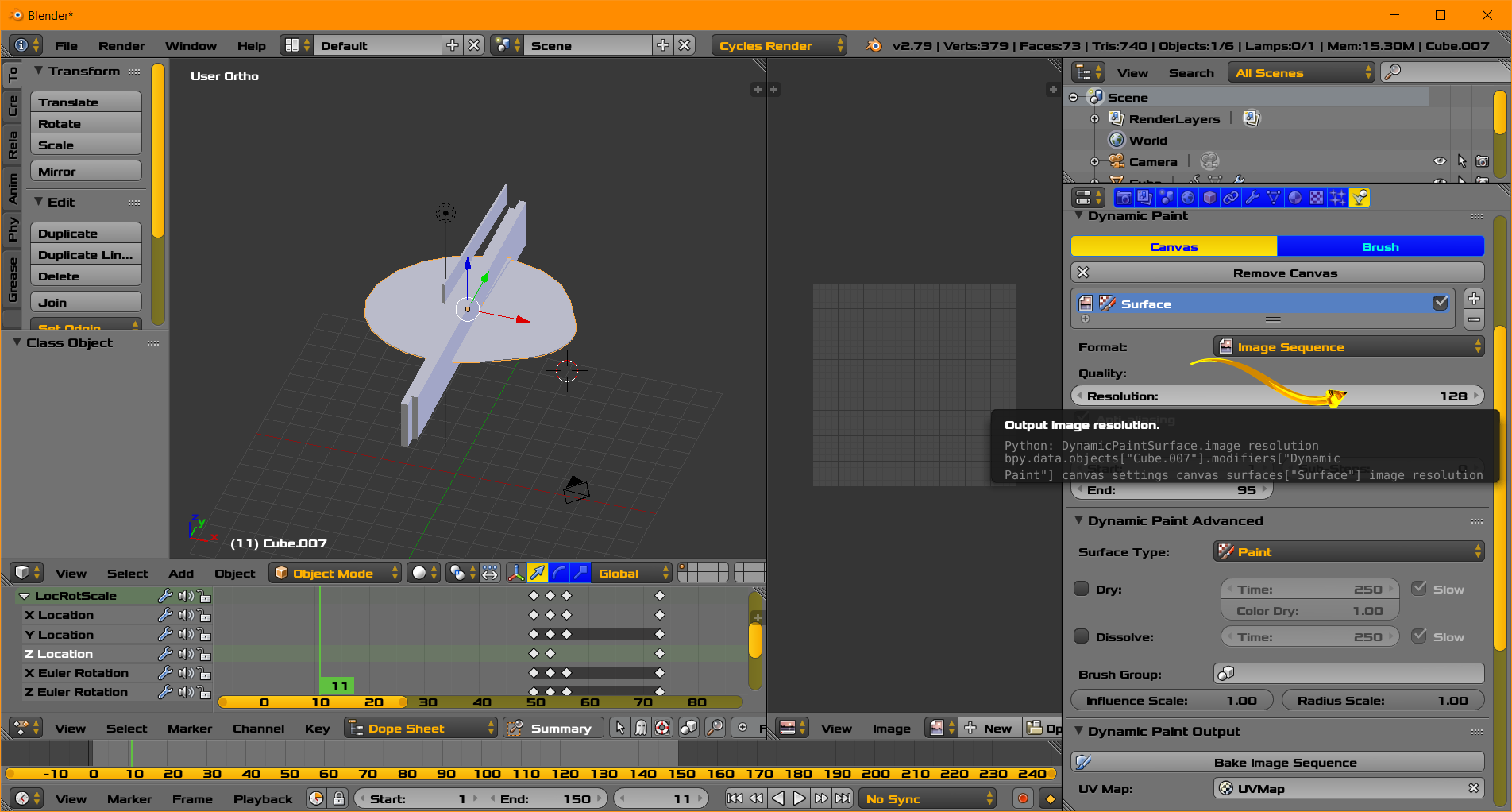 I am not claiming this is the minimal set of changes. You can test the two changes.

This is an improvement. There may be other lesser problems.

Other suggestions may come later. My time currently at BSE is expiring.

Not the answer you're looking for? Browse other questions tagged animation dynamic-paint or ask your own question.