I am playing around with the newest Blender 2.8 Build for Windows 64bit

I tried to create a firework scene, where particles emit particles by using a particle instance modifier. The basic animation is a simple explode modifier.

The constant issues with the Particle Instance Modifier, that the scale has to be applied to the meshes, has been taken into account.

Anybody else here with similar Blender 2.8 issues? Or has anybody an idea how to solve this problem? 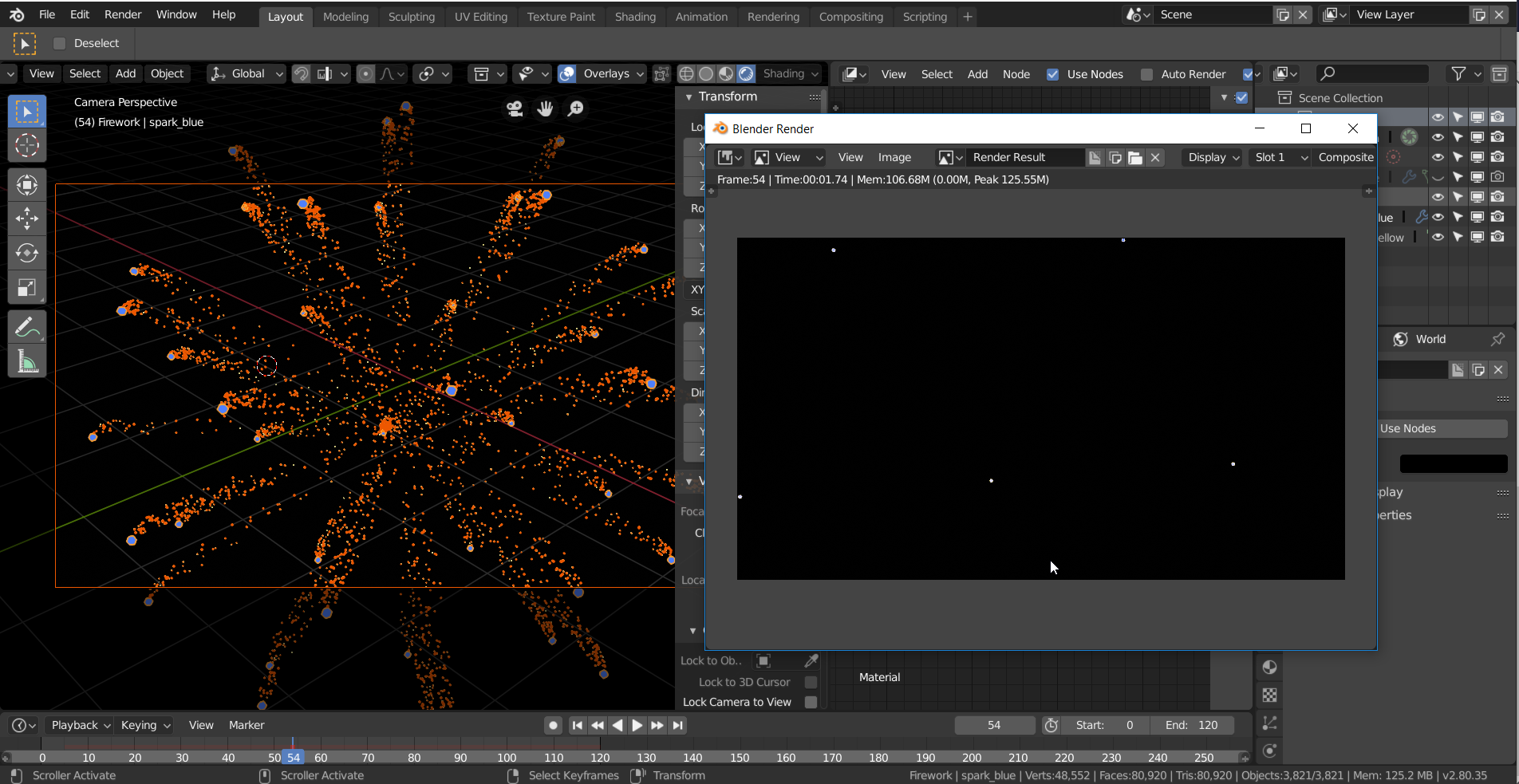 I know this is kind of old at this point but I just figured out this issue so I'm going to post how to make all the particle instances show up in case someone in the future needs help figuring it out.

In the Particle Instance modifier properties there is a check box for "Create Along Paths". Just make sure that is checked and they will show up. Easy fix that might not have been there in the betas for 2.8 but some of the tutorials I've watched so far seem to have left out this important part.

Not the answer you're looking for? Browse other questions tagged particles eevee-render-engine instances or ask your own question.

8
How can particles be emitted from particles?
0
How Can I Instance an Animated Cycles Gradient Material?
1
Particle Instancing not working
1
Particle Instance Modifier ignoring Length
4
Particles in render not matching preview (Blender 2.8)
2
Getting instanced particles to follow paths of hairs in particle system with hair dynamics