I'm trying to 3D print a statue of a character that has a thin skirt. Problem comes in when I export and load it into a slicer, both Cura and S3D, it doesn't recognize sections of the skirt and won't print said sections. I'm trying all the print thin wall tricks I know, and even with a 0.25 nozzle on my Ultimaker 2, I'm still not getting anywhere. I also attempted to scale up in the slicer and rotate so the model would print on it's back, or tilted at 45 degrees. 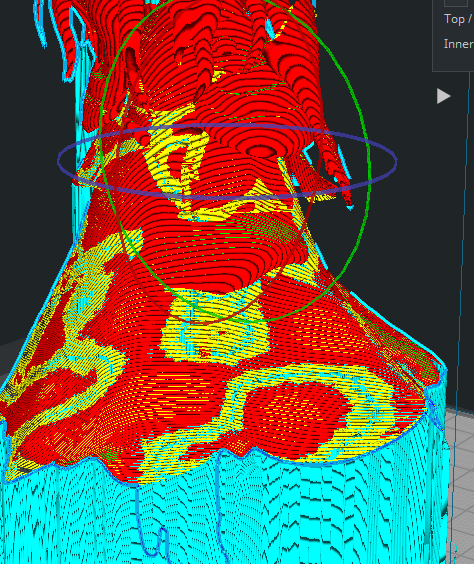 On the Blender side of things, I've searched up and down trying to figure this out, and so far, nothing worked. I tried Solidify, Displace, Subsurf. I tried separating the skirt to conduct its own modifiers, and reattaching. I tried scaling the model as the first thing I do in Blender, but that caused major distortion when I copy over the pose data. I've played around with each modifier options at each step. Still can't really figure anything out. 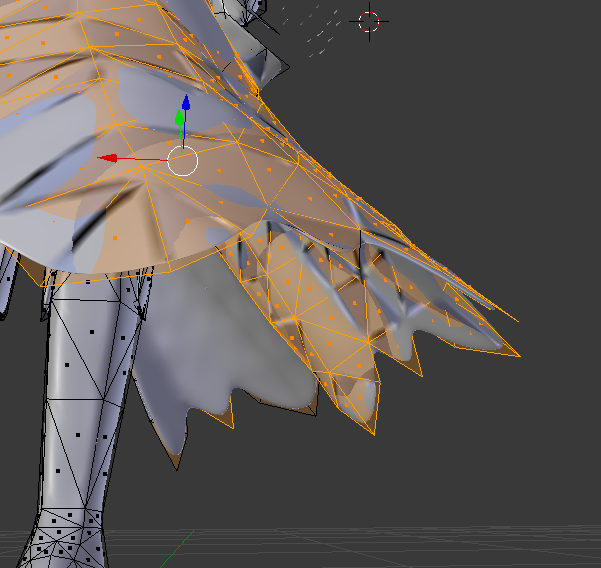 Since the model seems alright in Blender, I go and export model as OBJ, and run it through MS 3D Builder to correct anything. I tried Netfabb for correction, but the model is too much for Netfabb to handle. I'm out of ideas, and I've asked on a FB group, and all I got was everything I found on my own and tried already. I really don't know where to go from here, and tbh, I don't even know if its a Blender problem or not, but any help is appreciated. Willing to share model if need be.

UPDATE: Added model for anyone kindly enough to help- https://drive.google.com/open?id=1XijAr2Aowmr-zLuCmdM8pEiTsomrhuQK

What you are asking for is professional help to make the model printable. The problem with your model is that your 3D Printer (No matter which kind you have) is not able to print that thin clothing. Actually thats not even the real problem. The real problem is that Slic3r or Cura can not know what shape that is because is has no inside. It is just flat. Thats why it doesn't appears when sliced. I dont know if you had a look at some other dressed character figurines, but they have usually quite thick clothing. For example habe a look at models of ballerinas on thingiverse. Thats why you tried Solidify right? But wait there is more! Not only has your object to be manifold (closed) it also needs to be one non-intersecting object to be sliced correctly. Usually when the Remesh Modifier works fine on your mesh its printable. It didn't for you right? Thats because you had intersecting geometry. As I am here writing, I am not writing this to make you go: "Oh thats impossible to do for me", so I have a quick solution for you which might actually work. If it isn't perfect enough, just make it perfekt in sculpt mode. So here is what you need to do:

Not the answer you're looking for? Browse other questions tagged modifiers objects 3d-printing or ask your own question.

2
3D print tools: how can “too thin” warning be only on 1 face?
0
How can I create a “pin and catch” for my 3d print so it will fit in my printer and connect
1
Make multiple Bezier curves manifold and free of intersections, for 3D printing
0
modling tube for 3d printing
0
Problems editing an STL for 3d printing
6
Any way to “thicken” my model without scaling it?