Array not looking smooth in render along a path

I have an array modifier attached to a curve with a curve modifier. I want to make the crease in between each cube smooth but it's not working. I've applied the array modifier and smoothed the faces, verts, and edges and that didn't do anything. I've also applied a subsurf modifier with smoothing on which also didn't work. There is are 650 arrayed cubes scaled down on the z to make it as smooth as possible. The curve also has hundreds of vertices so that's very smooth too. I've searched everywhere for a solution and couldn't manage to find one. Any suggestions?

Edit: I just scaled the arrayed object down on the z axis making it really small then making the array count 5000 and the creases stayed the same. So the path needs more verts. I don't want to increase the verts on the curve, because it's already hard to edit and adding more verts will make it sooo much worse.

(BTW I know the subsurf modifier is set to 0 in this picture I did try it with 3 subdivisions. Obviously didn't work.) 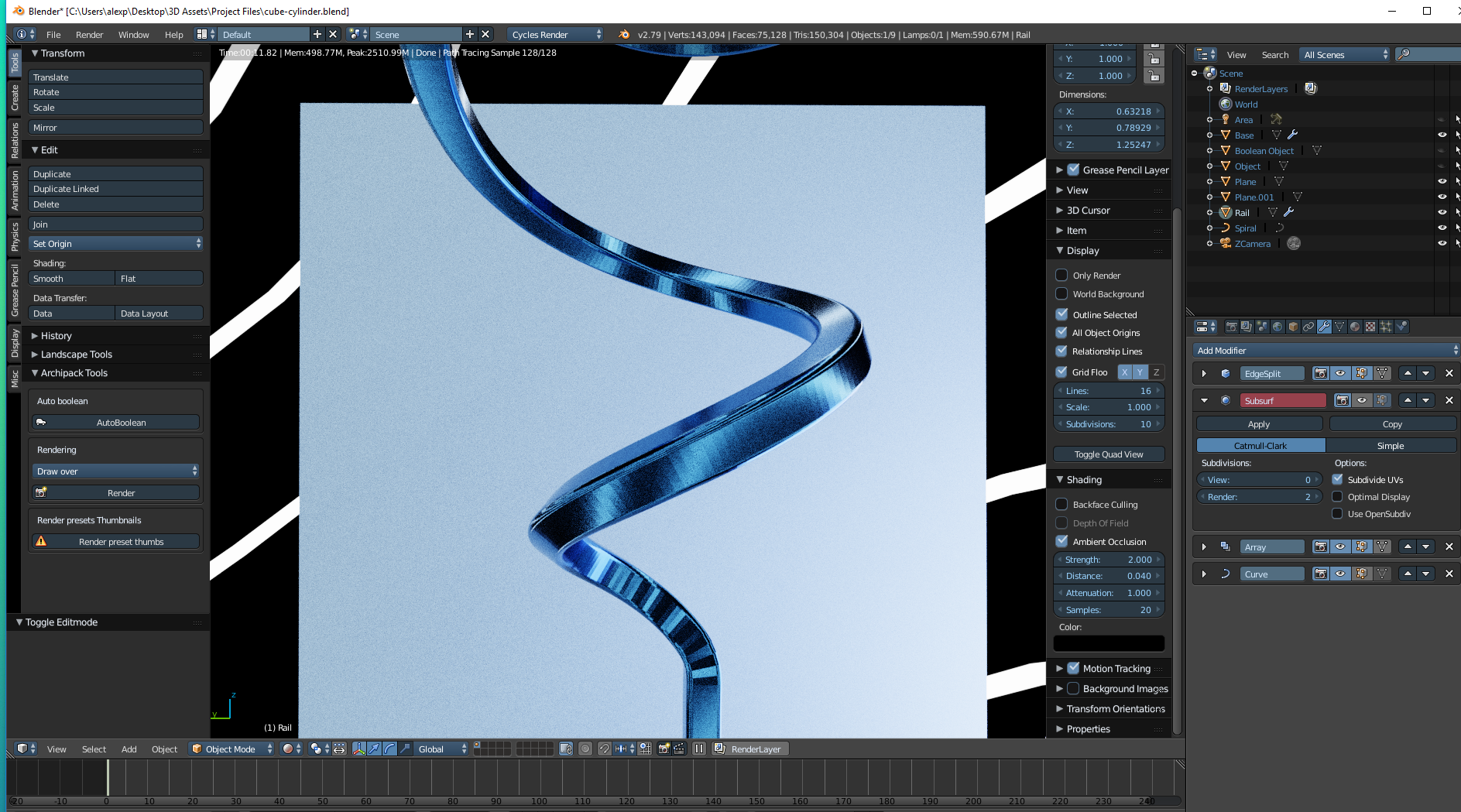 3
How can I duplicate an object along a path?
1
Array along a 3d curve with rotation lock on certain axis
3
Array Fit to Curve not working
0
Smooth shading not working for curve elements
0
Why is the object not moving along the curve path?
3
Is it possible to have an array with a curve modifier AND follow path constraint?
1
Array along curve only arrays to a certain distance
3
How do you smooth a circle made from an array of rectangles?
3
Array and curve modifiers wont follow path correctly and also gets warped