Anyone know of any scripts or tutorials to create a new falloff type? I'm thinking something along a sine wave.

Here's a screenshot. I've got a lattice attached to a text, and I want to add a sinusodial falloff to modify the mesh. 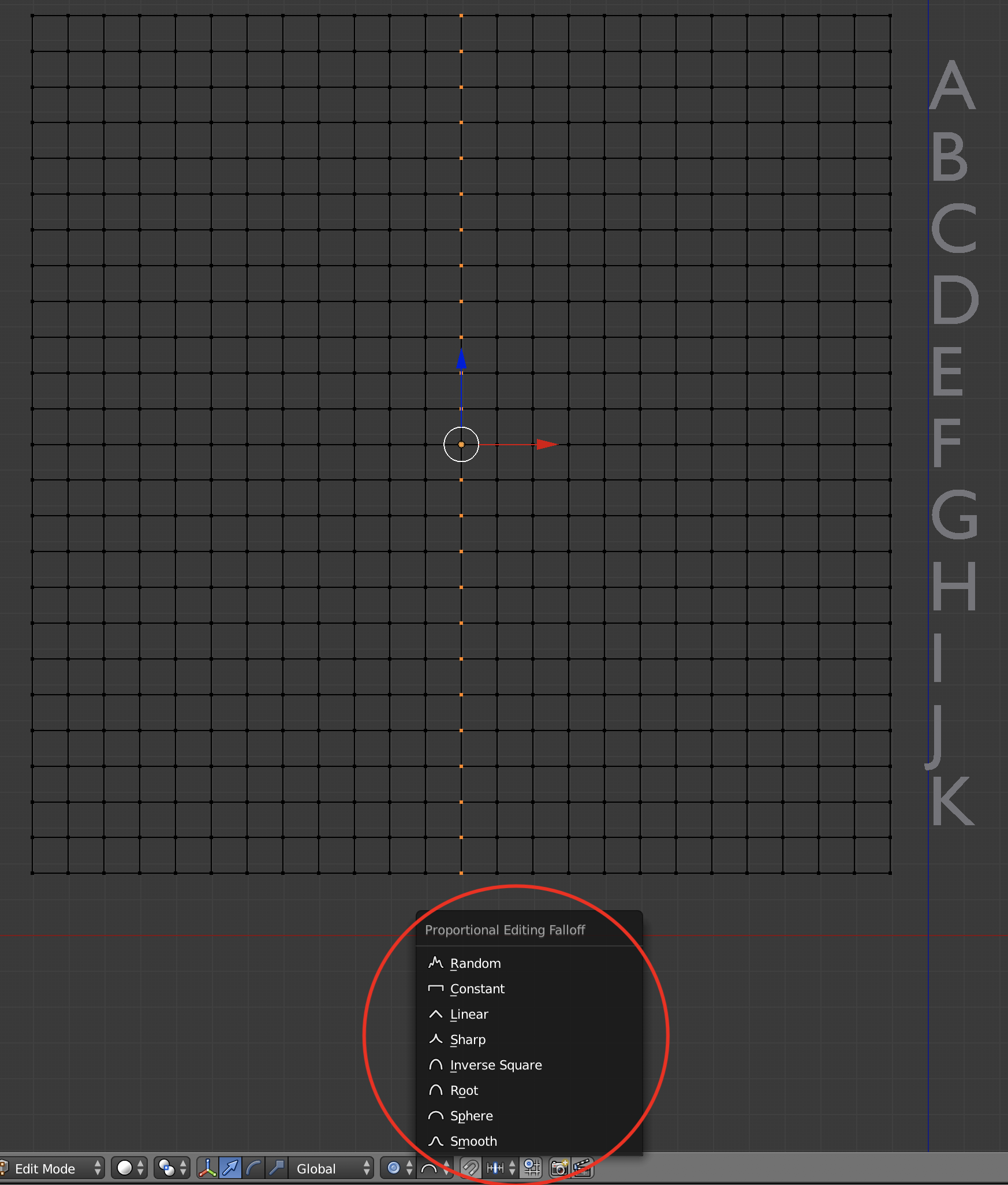 Warp Modifier with Texture of your choice including sinusoidal.

There exists three or more modifiers that are relevant.

Above is the warp modifier in action. Rather plain ... no texture. 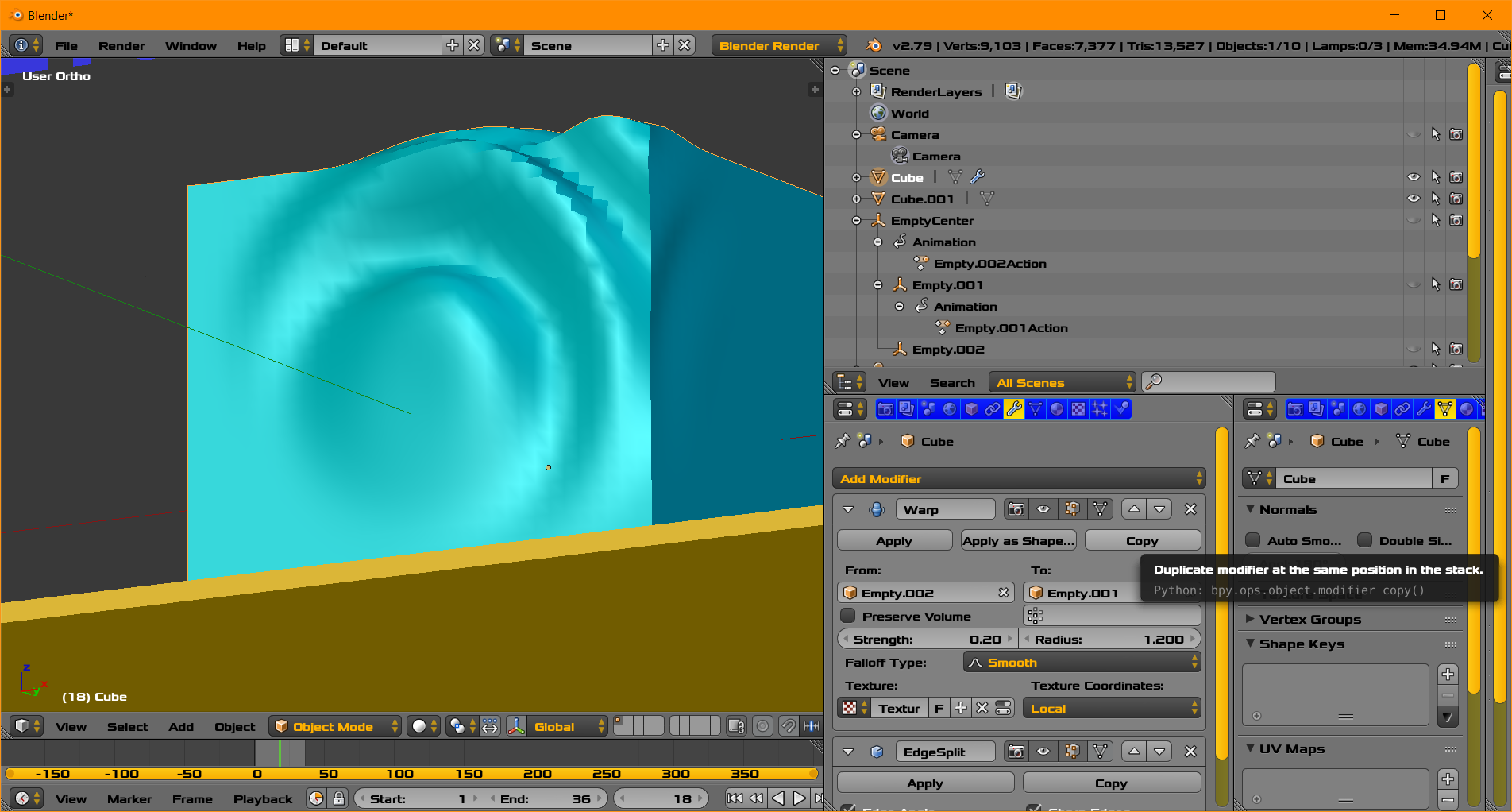 Closeup Fall Off with texture. Image Above. 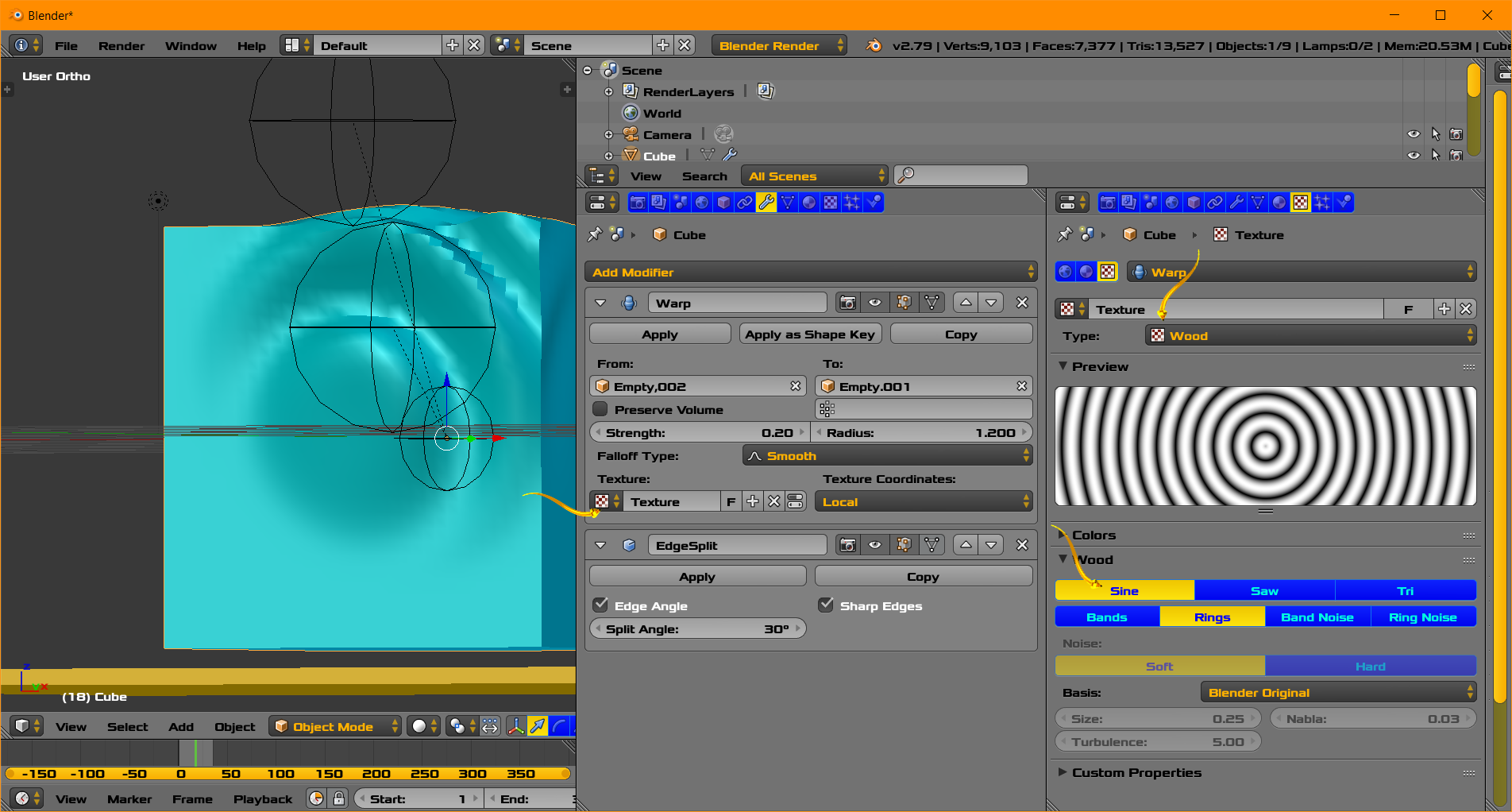 The warp modifier produces results similar to user gestures of

The blue cube has a high vertex density. The from and to are animated in rotation. 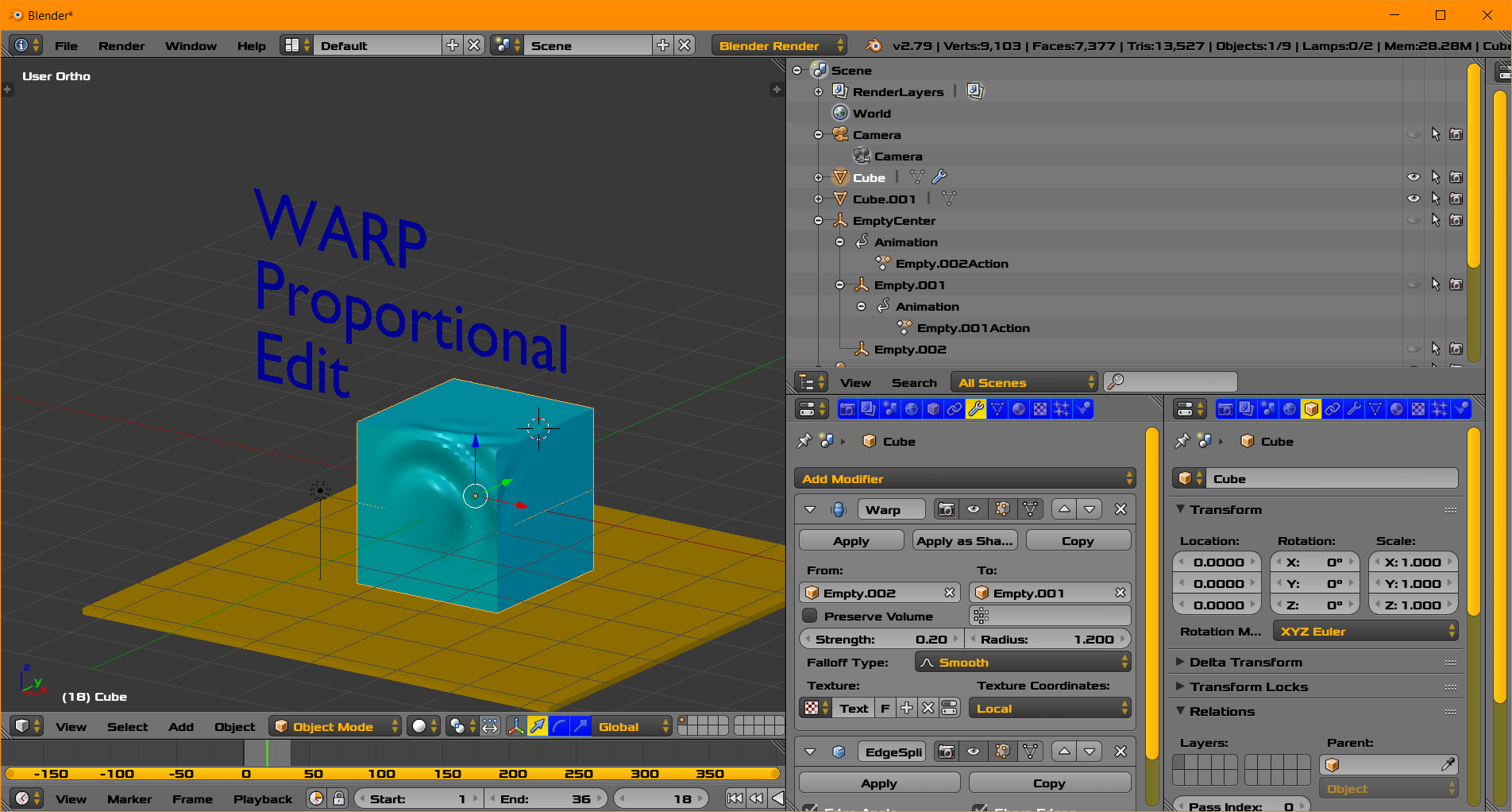 Results of the wave modifier. Sinusoidal influence. Image Above.

Not the answer you're looking for? Browse other questions tagged editing lattice or ask your own question.

11
Any shortcut for proportional editing mode and the falloff types?
0
How do I join the output meshes of the Cell Fracture addon?
1
How to use random proportional editing?
1
Separate a part without holes
0
Cannot select vertices of any object In blender, while in edit mode and using Archipack