No idea how else to explain than to show this:

It should be mirroring it, but for some reason the other side comes out really weird. And not just this part. There are other parts, too.

Side A with mesh off: 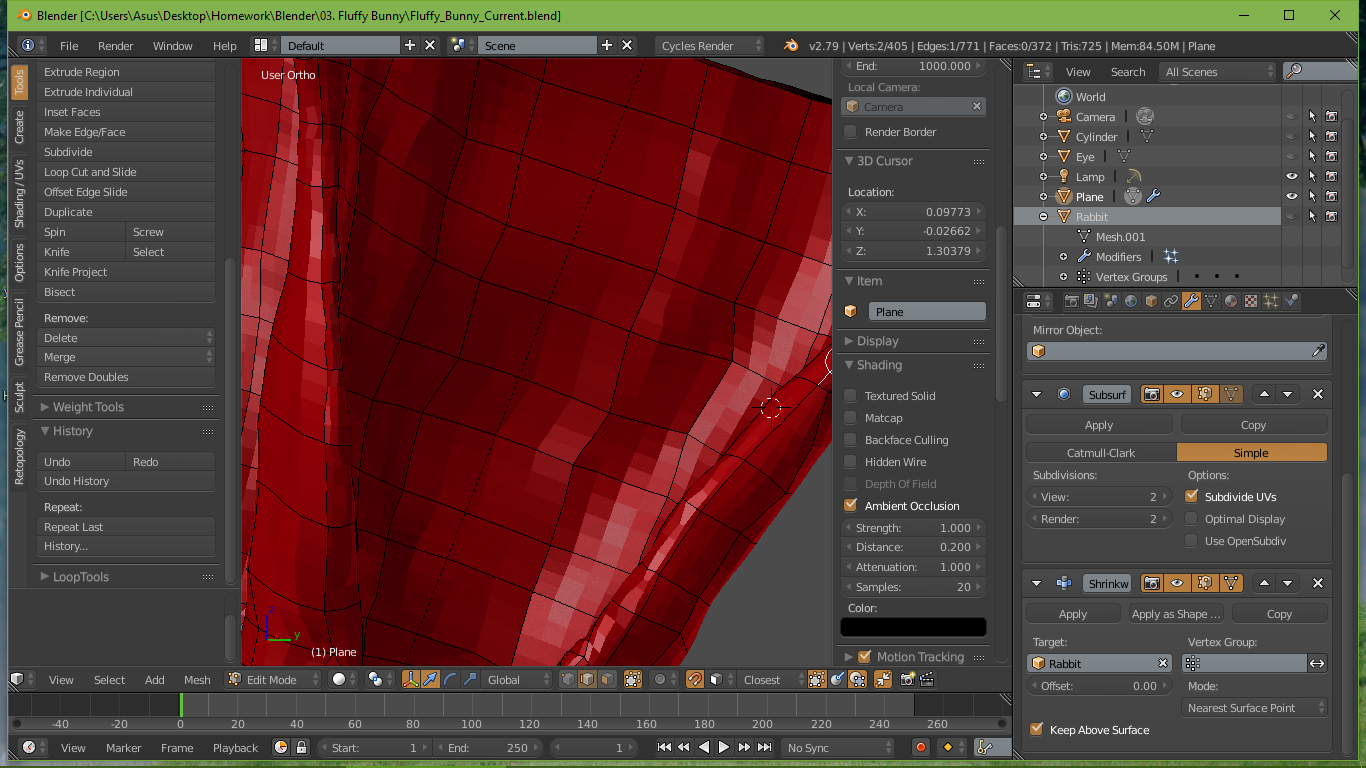 Side B with mess off: 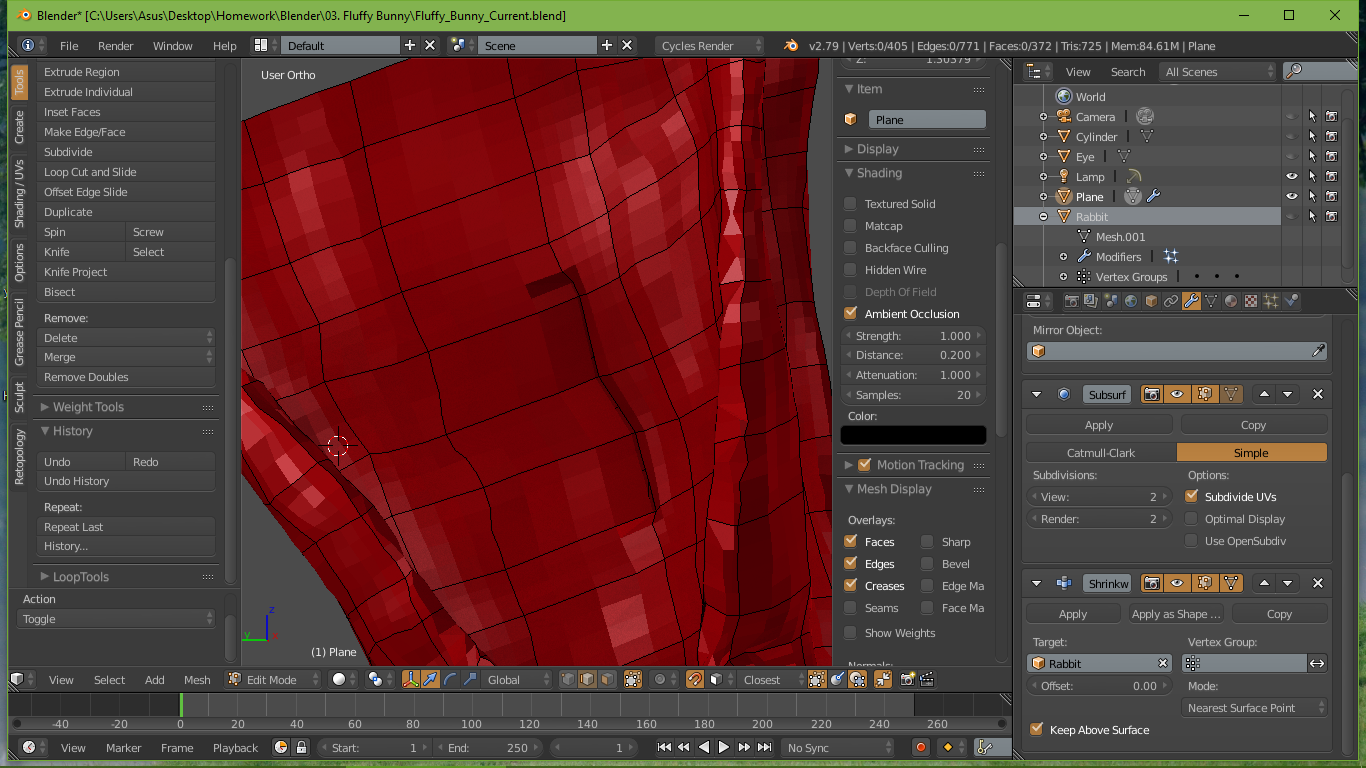 Side A with mesh on: 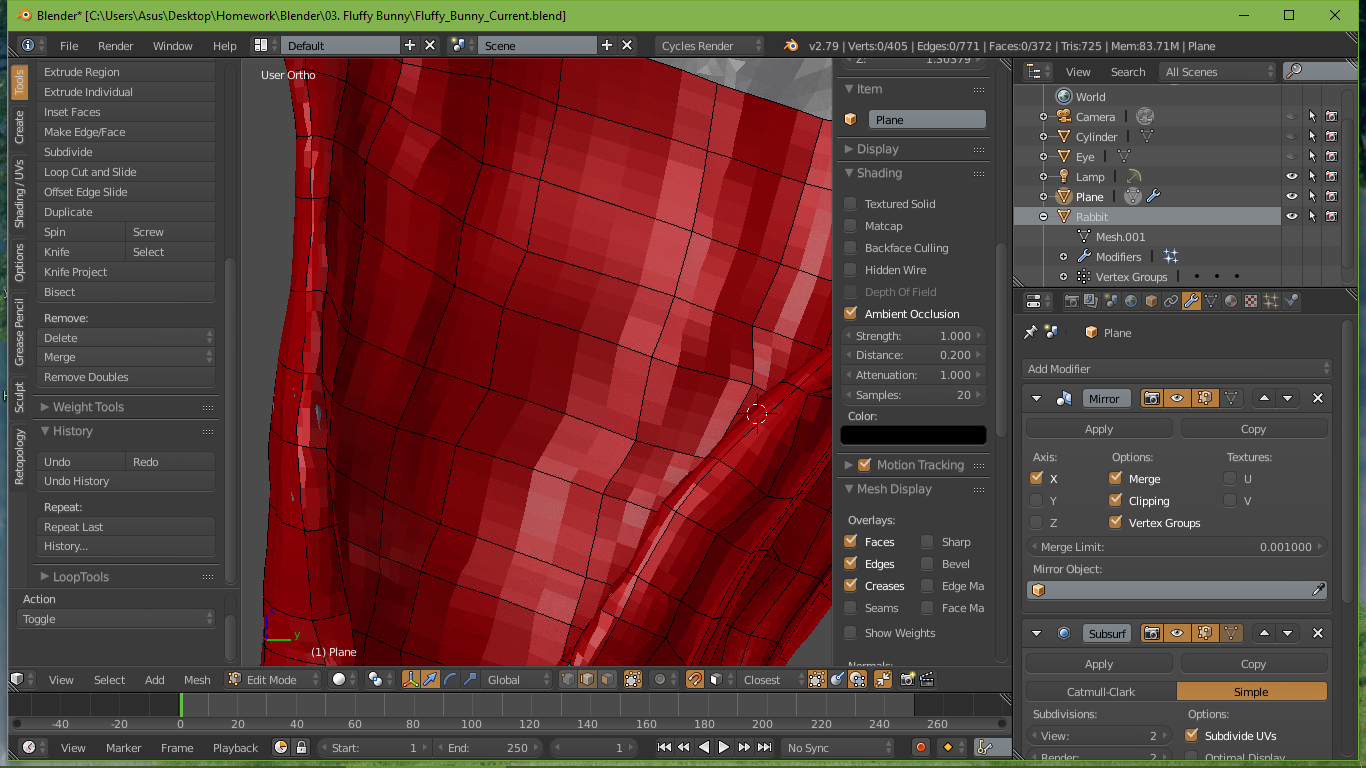 Side B with mesh on: 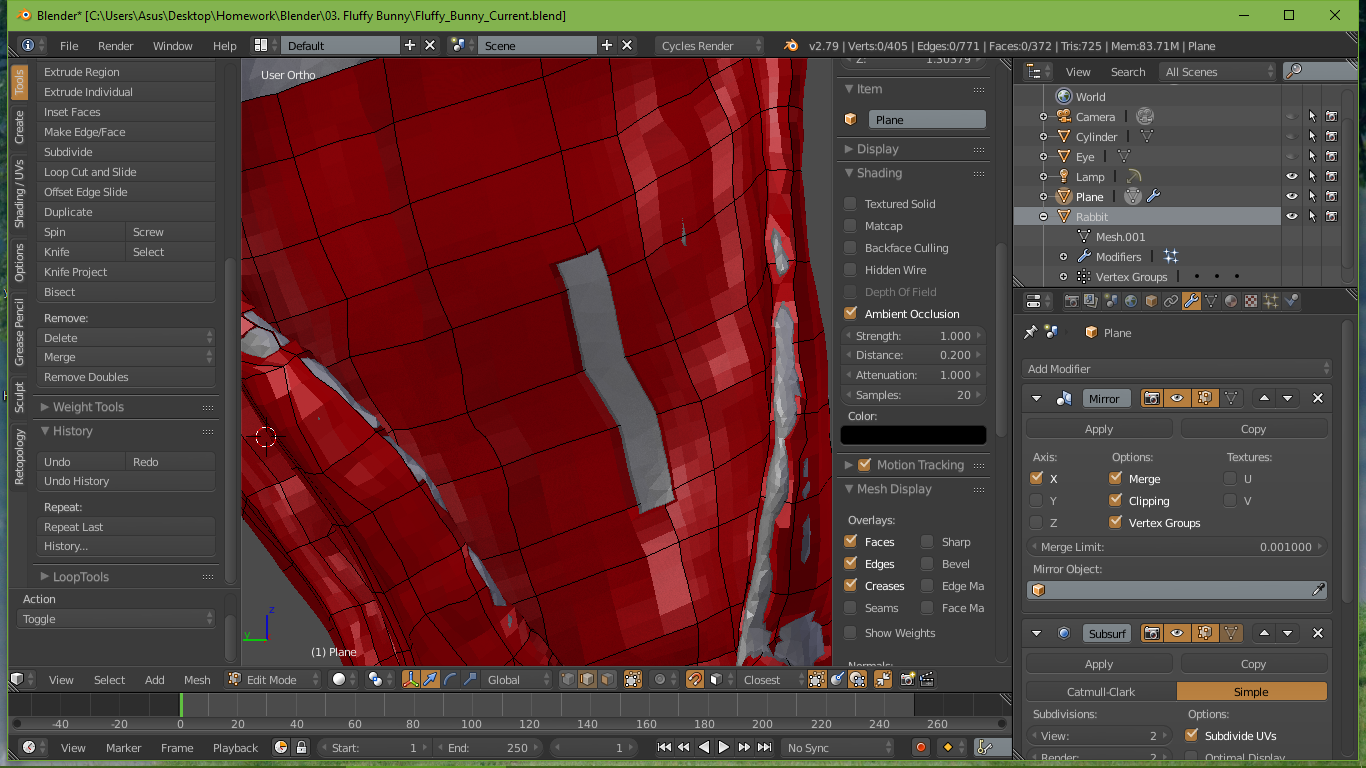 Even the back is messed up, where it is supposed to be symmetrical (note that the right side is the mirrored part): 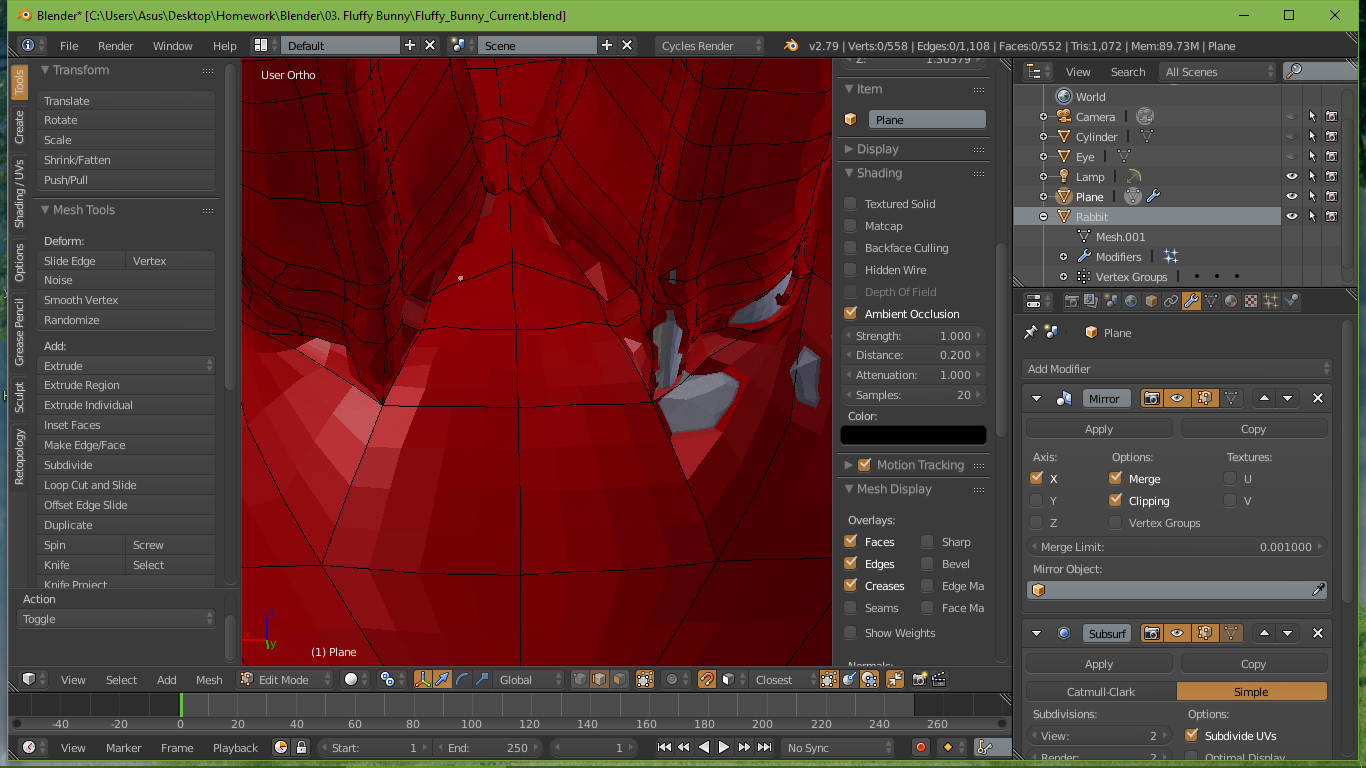 For comparison reasons, here's the matcap version of the rear as shown above. It's symmetrical, as you can see, because it was done symmetrically when sculpted: 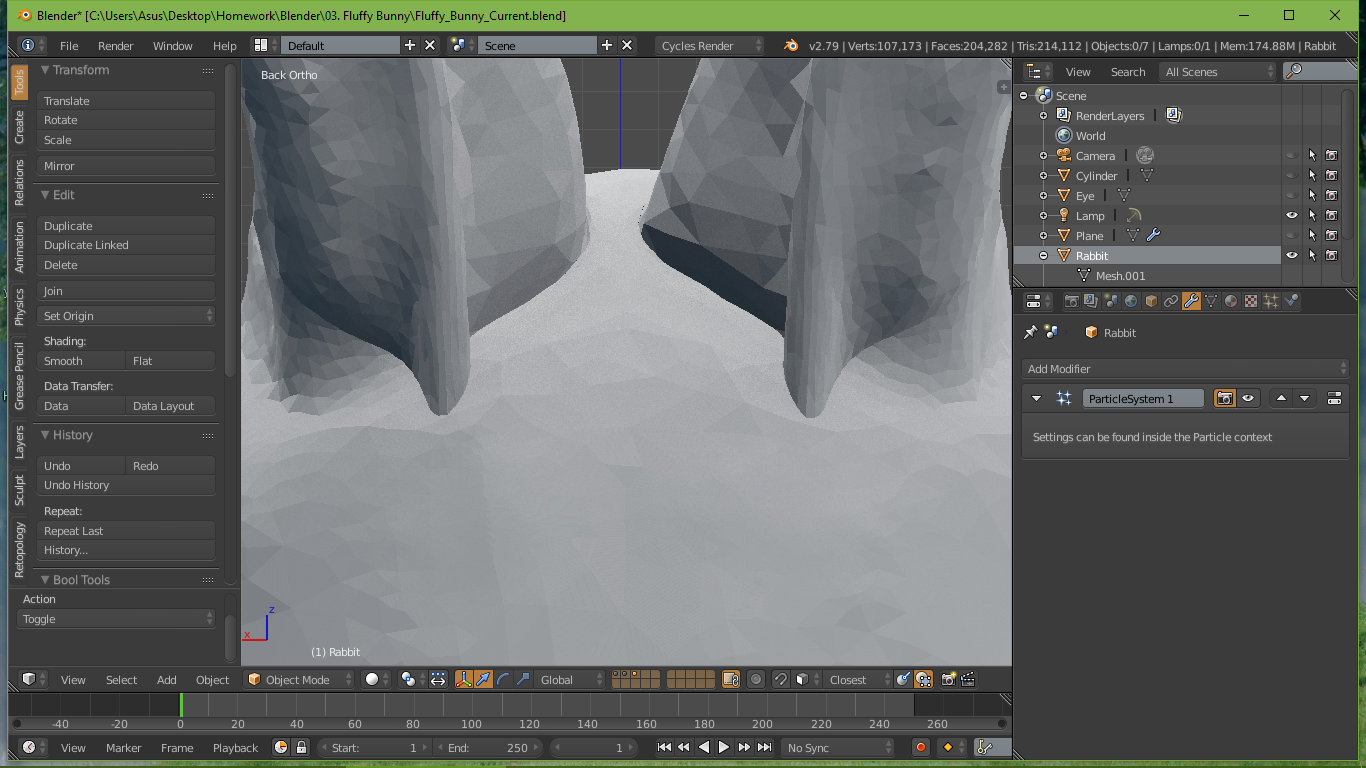 Out of interest in rearranging modifiers, moving the shrinkwrap modifier before the mirror and hiding the mesh makes the holes disappear that would otherwise be there, but the mirroring is messed up if mesh is enabled in that the "keep above surface" on the mirrored side doesn't work: 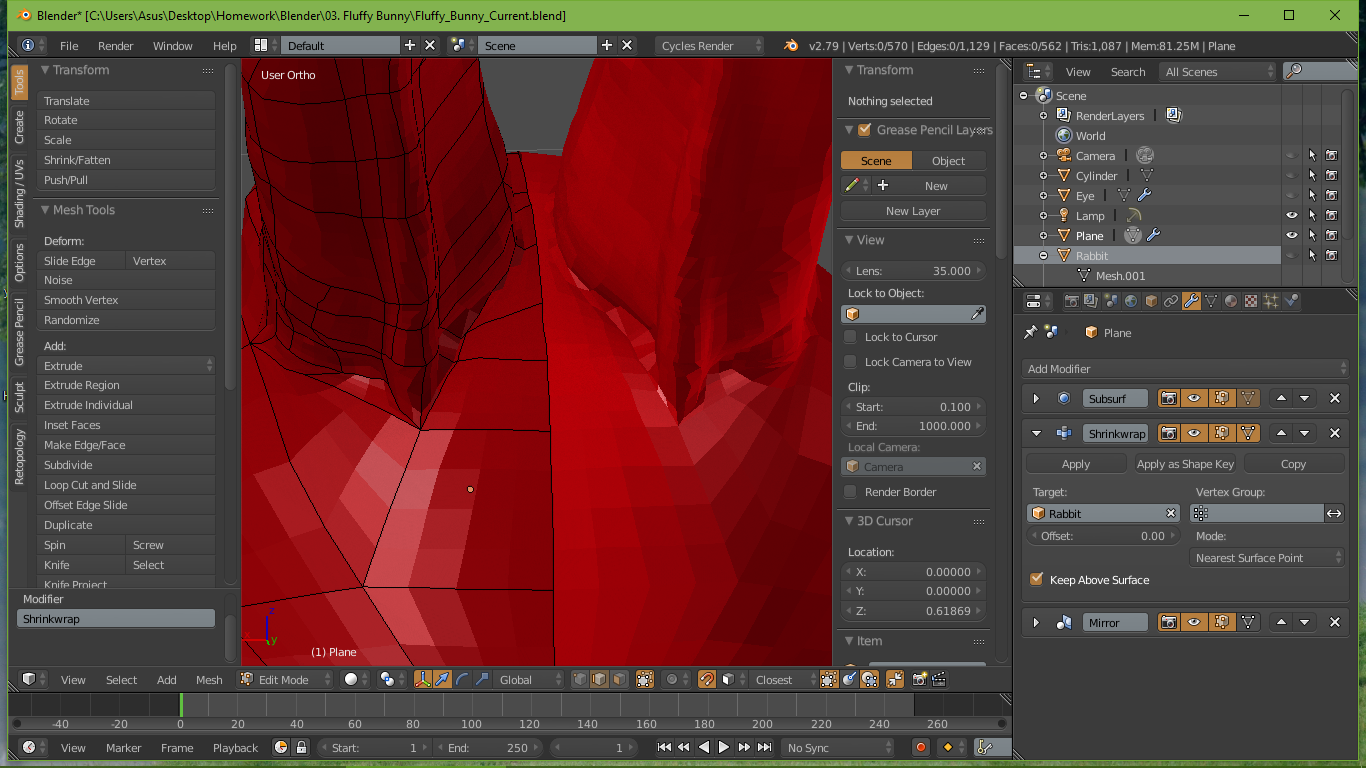 Again, it should not happen, but it is. Any help would be greatly appreciated.

Your high-poly object is not really symmetrical, try to remirror your rabbit with the dyntopo Symmetrize button, you'll see holes both sides.

Not the answer you're looking for? Browse other questions tagged sculpting mirror topology or ask your own question.

4
How to X-Mirror weight paint of "Weight Gradients" to .R/.L bones in Blender
0
Weight mirroring fails with a error
3
Dyntopo: Re-symmetrize only part of mesh
0
Is it possible to make a mesh symmetrical without mirror modifier?
0
Mirrored UV map is breaking up textures per-face
0
Mirrored object is misaligned when compared to its source object
0
Armature rotates both sides of mirrored mesh
3
Apply -1 x scale (mirror) to object mesh and keep custom normals with python