Animation Nodes - How to make a series of waves

For future projects with motion graphics, I wish to know how to make transition with waves with AN.

Below examples were made in Moho Pro, in which waves are morphed into rectangles. Speeds are varied. 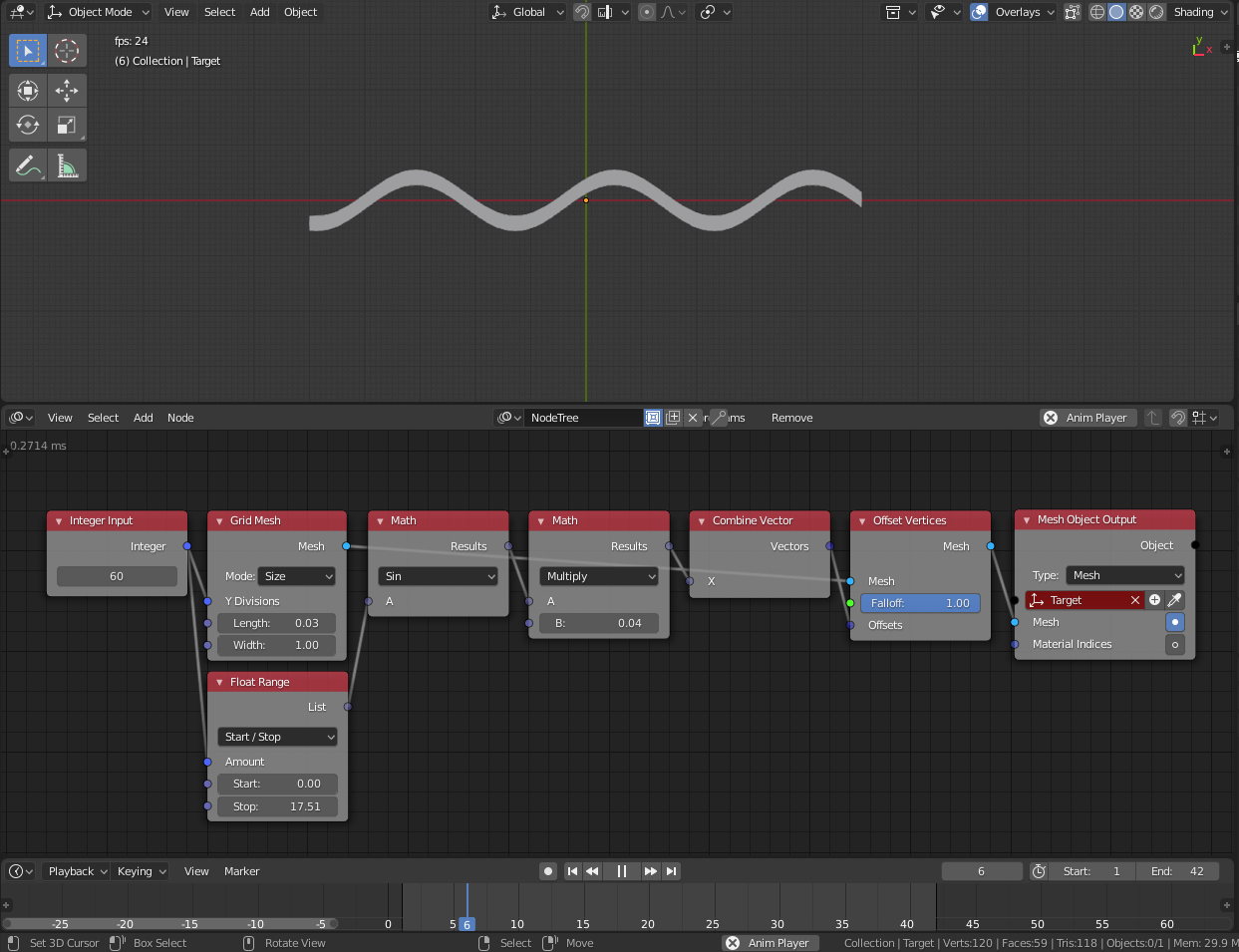 Notice that the mesh morph into a rectangle when the multiple (offset amplitude) approaches zero. So, we are going to create a number of waves that moves and morph into rectangles in a delayed fashion. To do so, we use a loop that takes factors as iterator, this factor ranges between zero and one, where it is zero at the start of its animation and one at its end. We are going to modulate the amplitude of the offset based on the factors as follows:

Finally, the factors are generate by evaluating a delay falloff:

The speed and iterpolation can be adjusted from within the falloff node.