(mushrooms and far trees are background, buildings on right and some vegetation on both sides of middle building is midground layer)

I adjusted the values on the colorramp and the factor to show the issue i'm still having, it seems like the bottom two layers' fog cannot be adjusted individually the way I have the node set. Ideally, I would like to have a little separation between these two layers, however I can't figure out the right node setup to give each layer its own mist layer adjustment.

Made a little progress, I think I'm like two thirds there. I attached my most recent render (top image), the current node setup (middle image), and the version with the mist I am trying to mimic (3rd image). I seemed to have figured out how to apply the mist (minimally)to my background and my midground, but the foreground doesn't seem to be affected by the colorramp slider with this node setup. Still a WIP, among other things, the mist is a little heavy in the version I'm trying to match, but once I have the nodes set up I should be able to tweak that. The mist in the foreground is probably irrelevant for this image, but would be nice to know how to apply it for future renders. 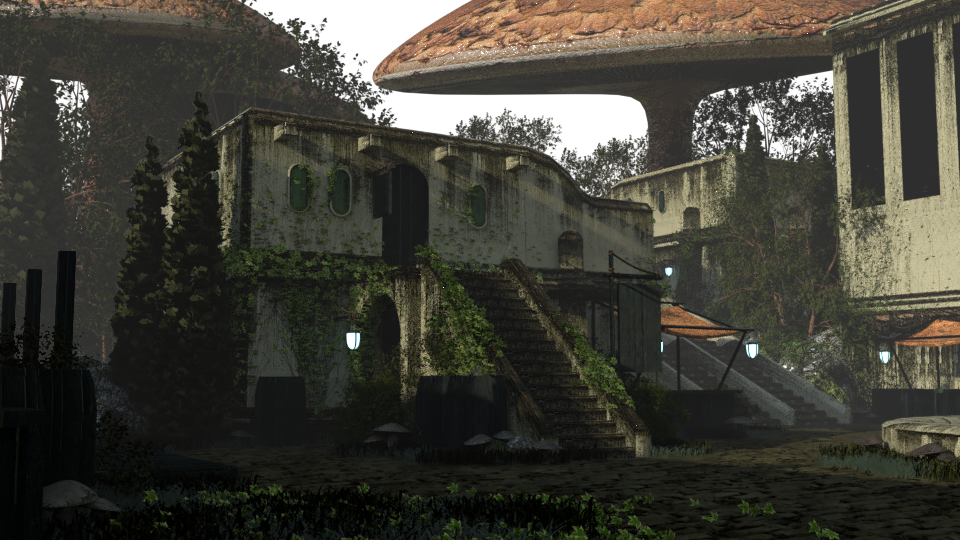 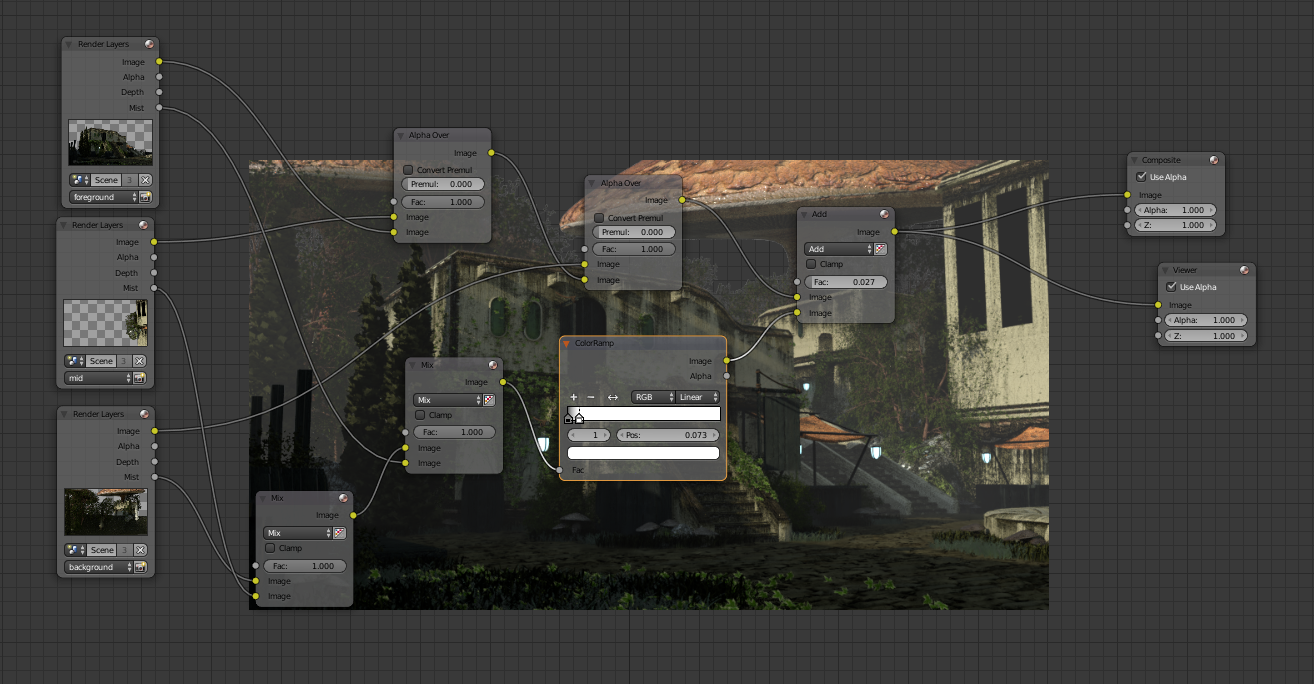 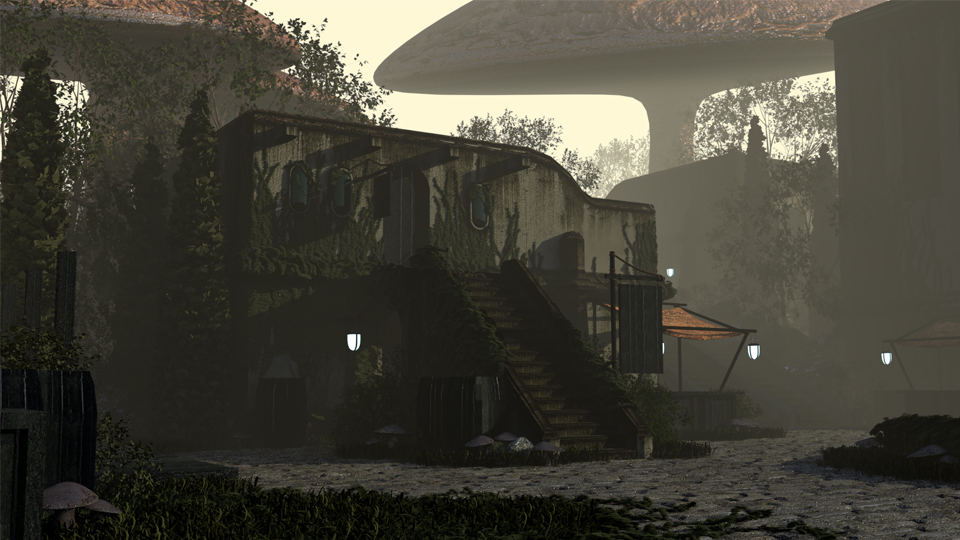 Use a math node in the compositor set to “minimum” to merge multiple mist passes: 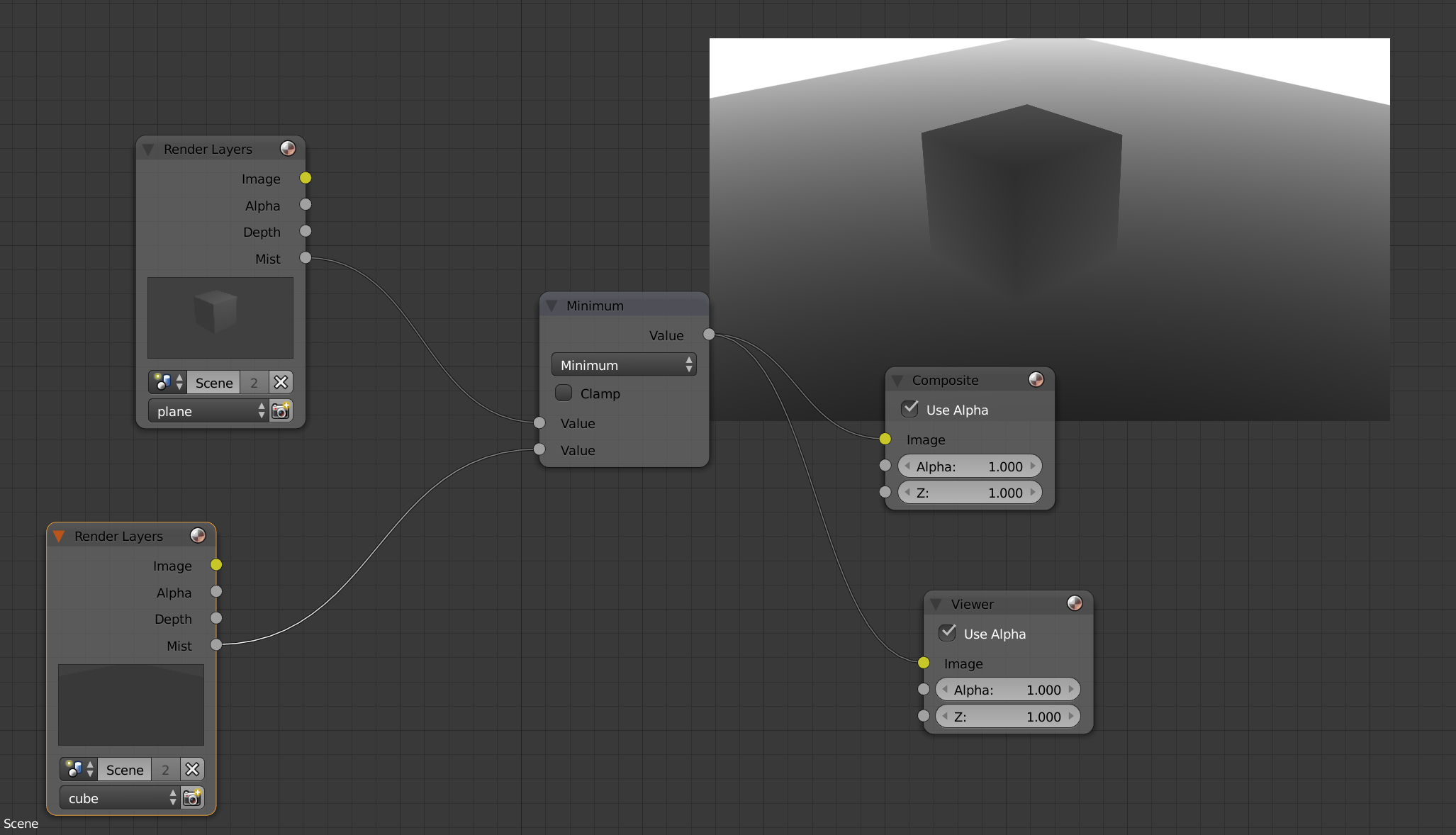 “Occluding” objects in the mist pass will always have a lower value than what they are occluding, since the distance range of the mist pass is the same for all layers. “Minimum” takes the smaller of the 2 input values. So this will simply merge all occlusion objects. Just add more math nodes if you have more than 2 layers: you can merge a 3rd mist pass into the combined results the same way you merged the first 2.

also you should check the distance of your mist pass. if is too deep the mist won't come out how you expected. 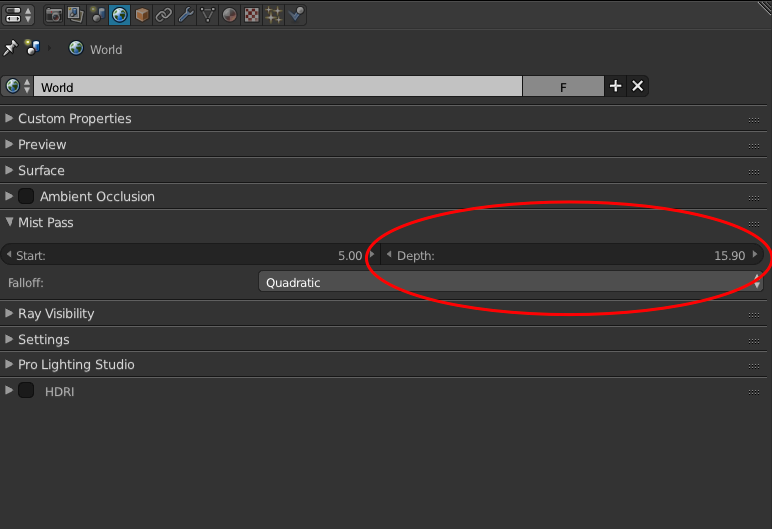 Not the answer you're looking for? Browse other questions tagged render-layers compositing-nodes or ask your own question.