How would I procedurally texture a marble tile floor without the texture spreading across every tile?

Basically I have a tile which I duplicated using an array modifier to make the floor: 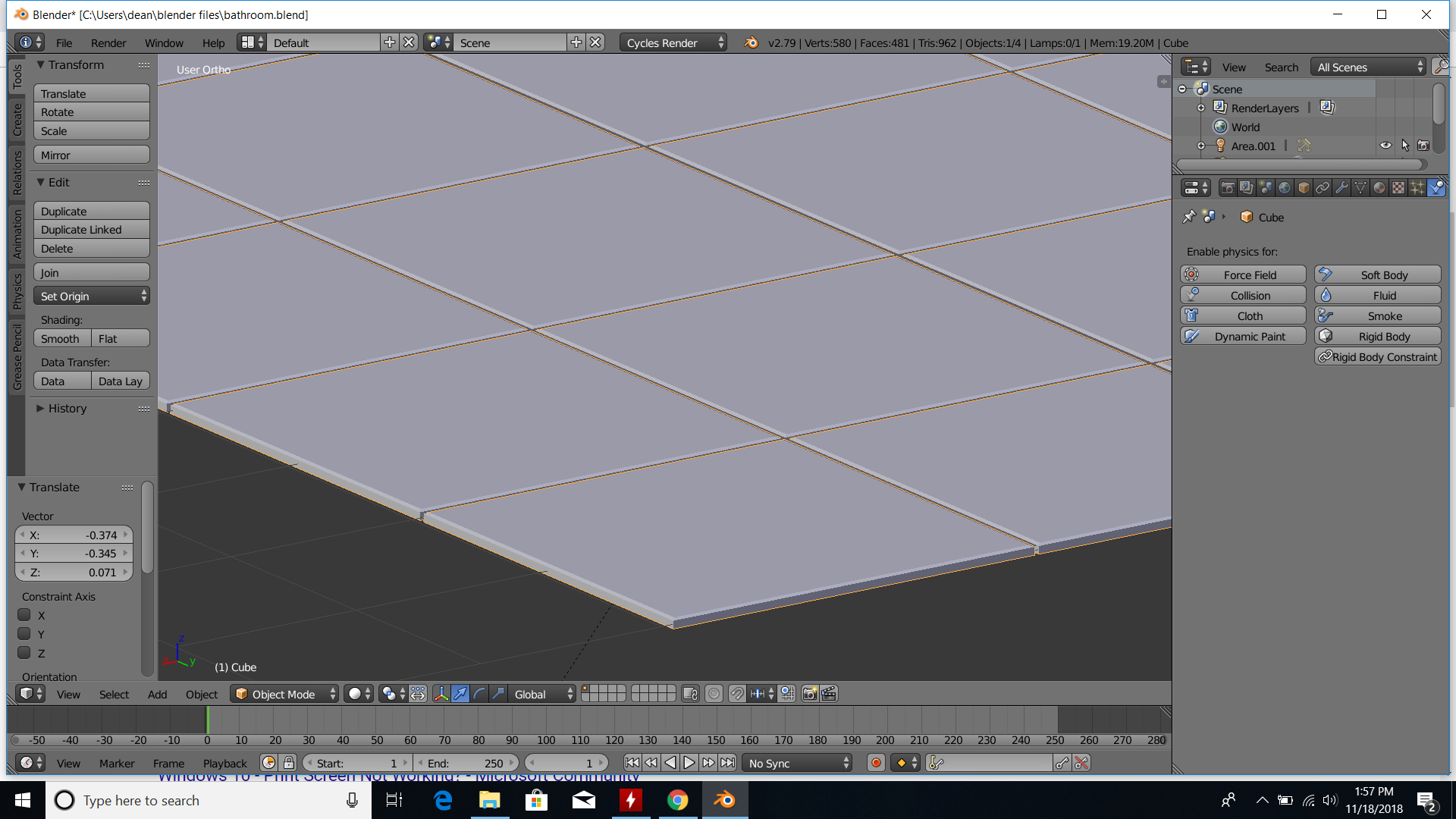 Then in the node editor I created a procedural marble texture using nodes and got this: 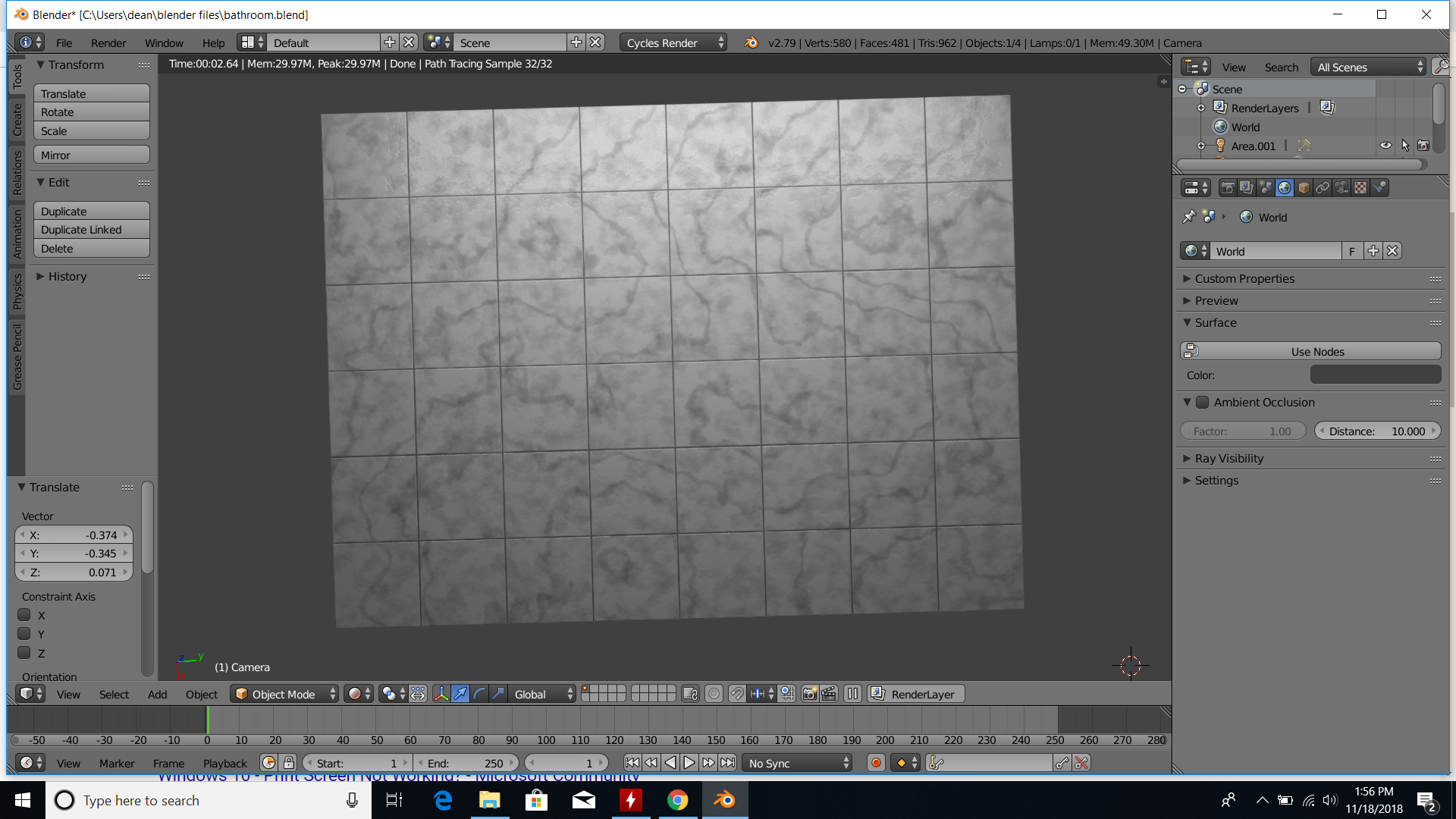 The problem with this image is that it looks like the texture is spread across every tile, making it look unnatural. Is there a way to make the marble texture random for each tile?

One way of doing this would be:

Separate all your tiles as a single object so you can use the Object info node random output in order the create a tile black and white mask: 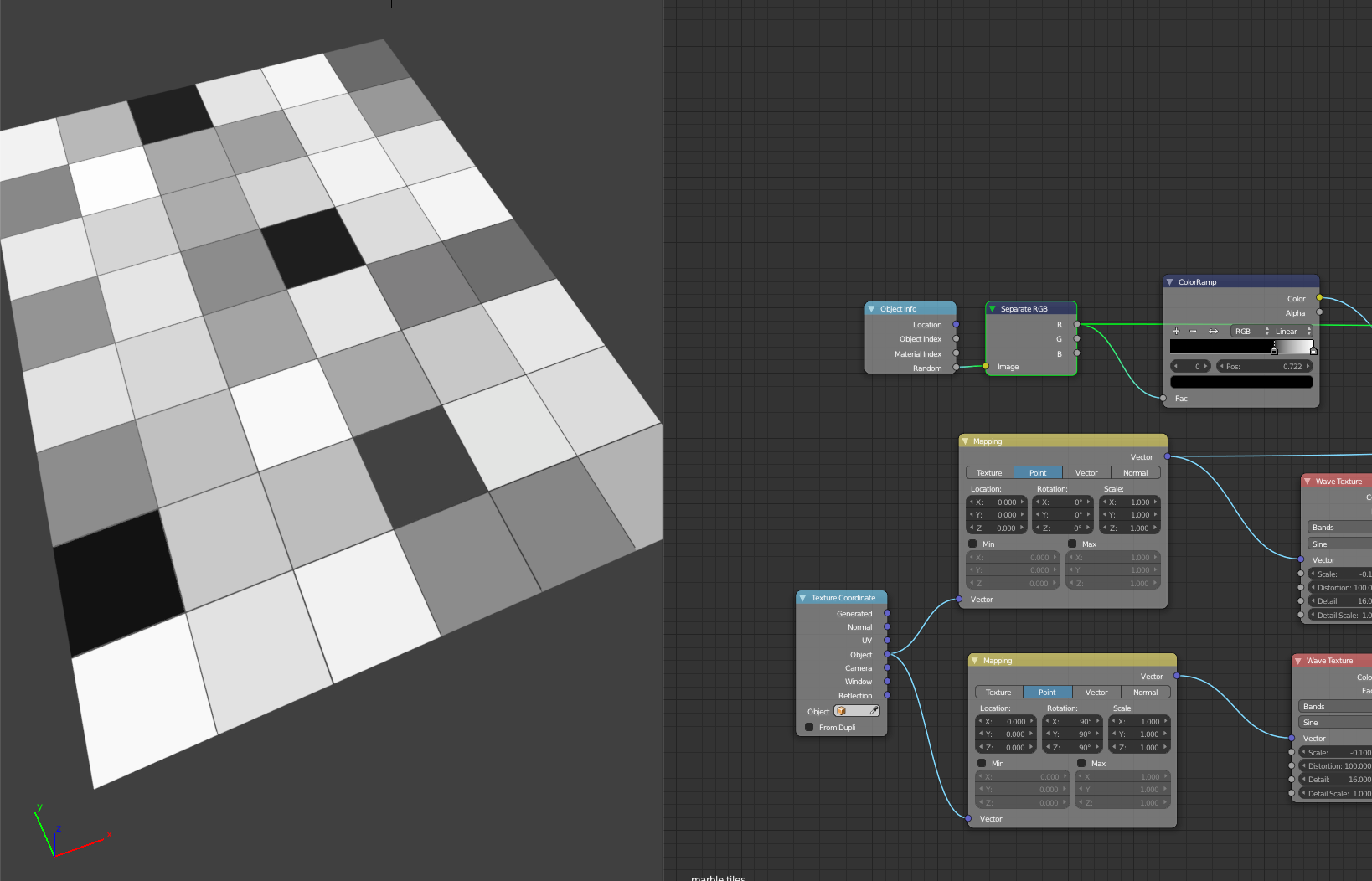 You can then create another wave texture and combine it with the one you already have using the tile mask as factor: 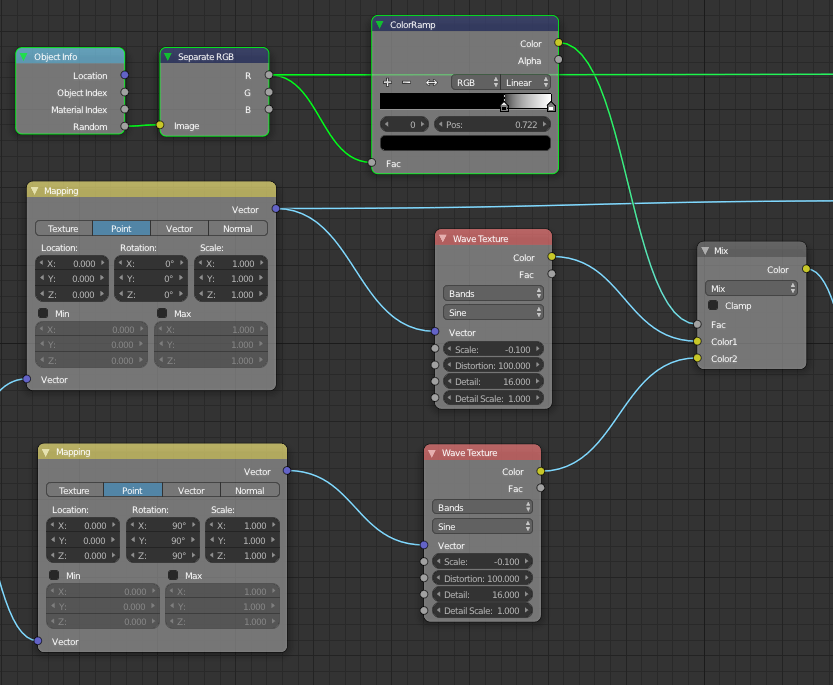 You obviously need to change the texture coordinate of the second wave to create variation. Put a color ramp node and play with its value to have stronger difference: 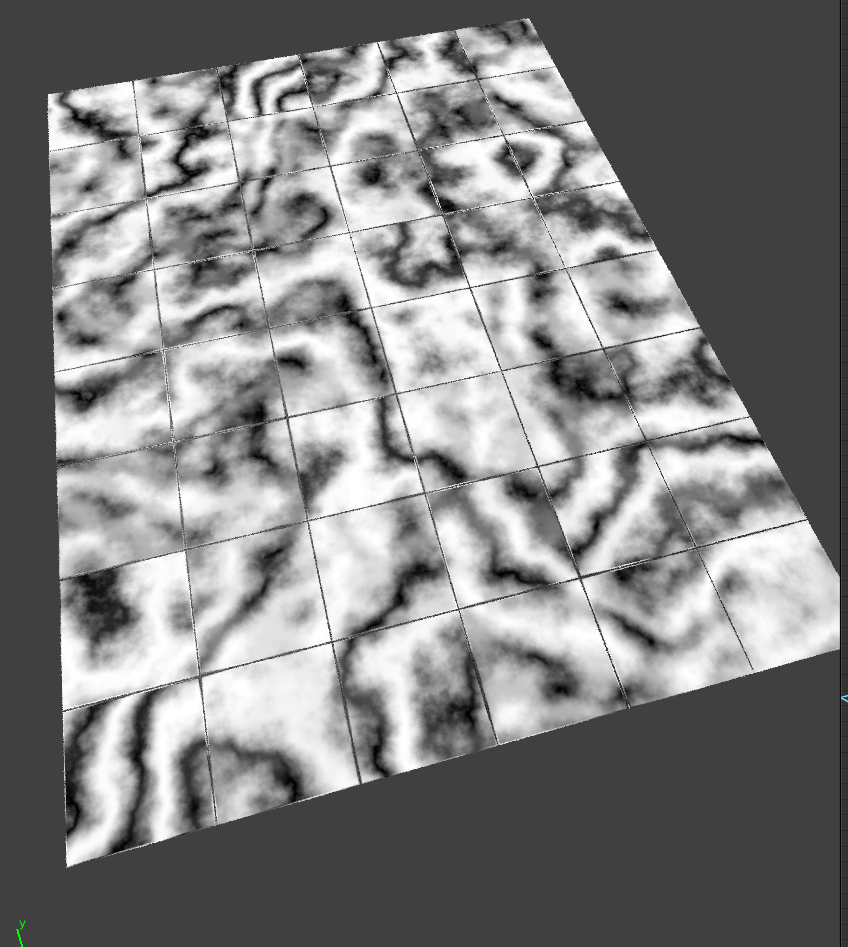 As @robin betts points out in the comments, if you need to keep the array modifier you can duplicate the object, do the same process, and bake the mask into a file image. Or if you want to keep a "semi" procedural creation use dupliface instead of the array.

This method uses the array modifier, so you do not have to do any destructive editing to your object.

Here I modeled a single tile and use two array modifiers to make the floor.
Note the two extra vertices (highlighted in red) in the bottom left and top right corners of my tile. They are there to make the space around the tiles. It can be done in the array modifier, but doing it this way makes the nodes much easier (we do not have to worry about scaling the coordinates, or finding magic values). 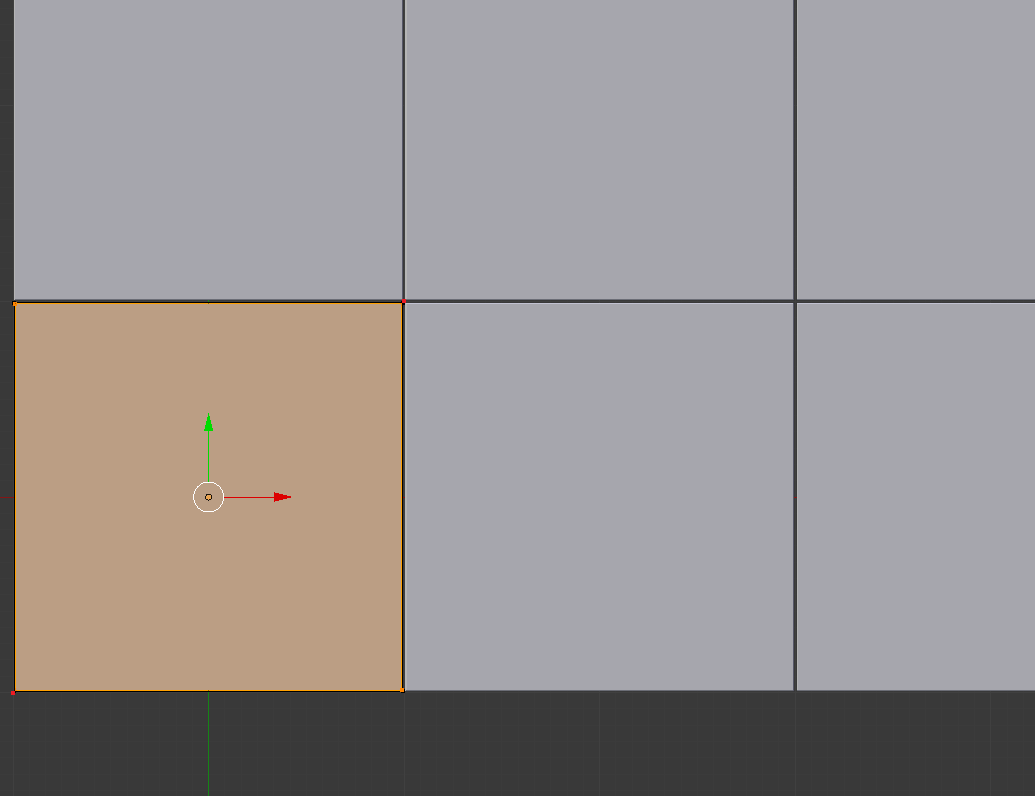 With the object out of the way, here is the material.
(click for full size)

This is what it looks like with just the two Modulo nodes. Very repetitive, but we have tiles, well one tile. 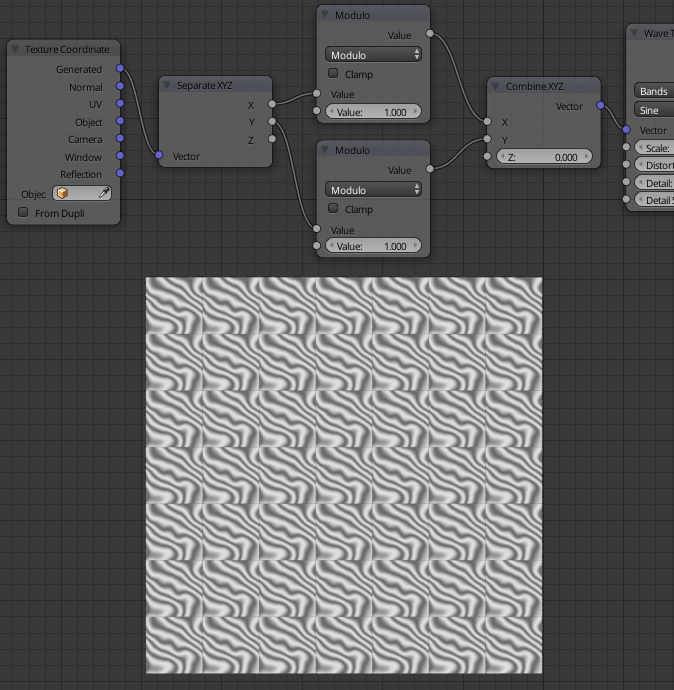 That is half of the problem solved (by just four nodes). All that is left now is to randomize the location of the texture, so there can be more then one tile. 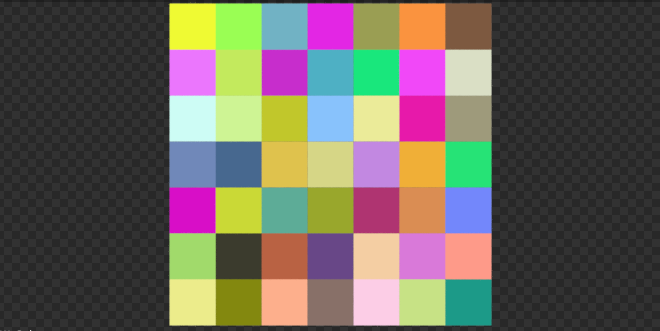 Now on the other side of the voronoi texture I split the color, and use one channel for each the X and Y.The Math node set to multiply is to get bigger variance. Normally the color goes from zero (black) to one (white). Offsetting the texture by just one would not be enough. The value in this math node does not matter much, but I found it looks best when set to about the size of the array, in my case seven.

Last step is to add the two separate coordinates together (the tiles and the randomness). That is done using a Vector Math node set to add. 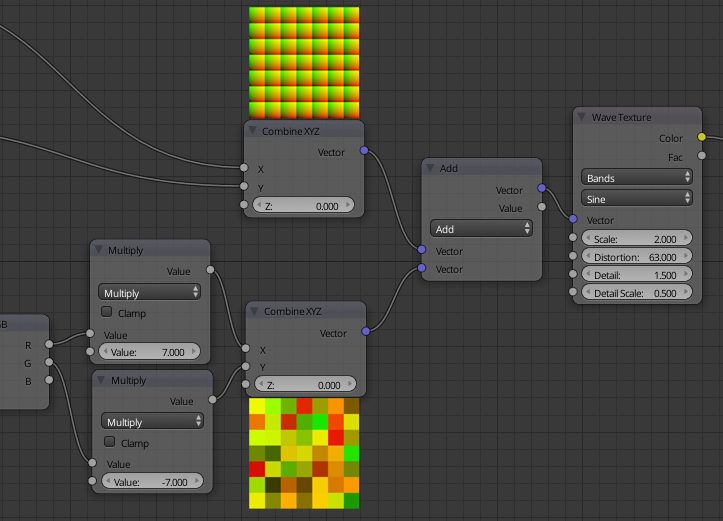 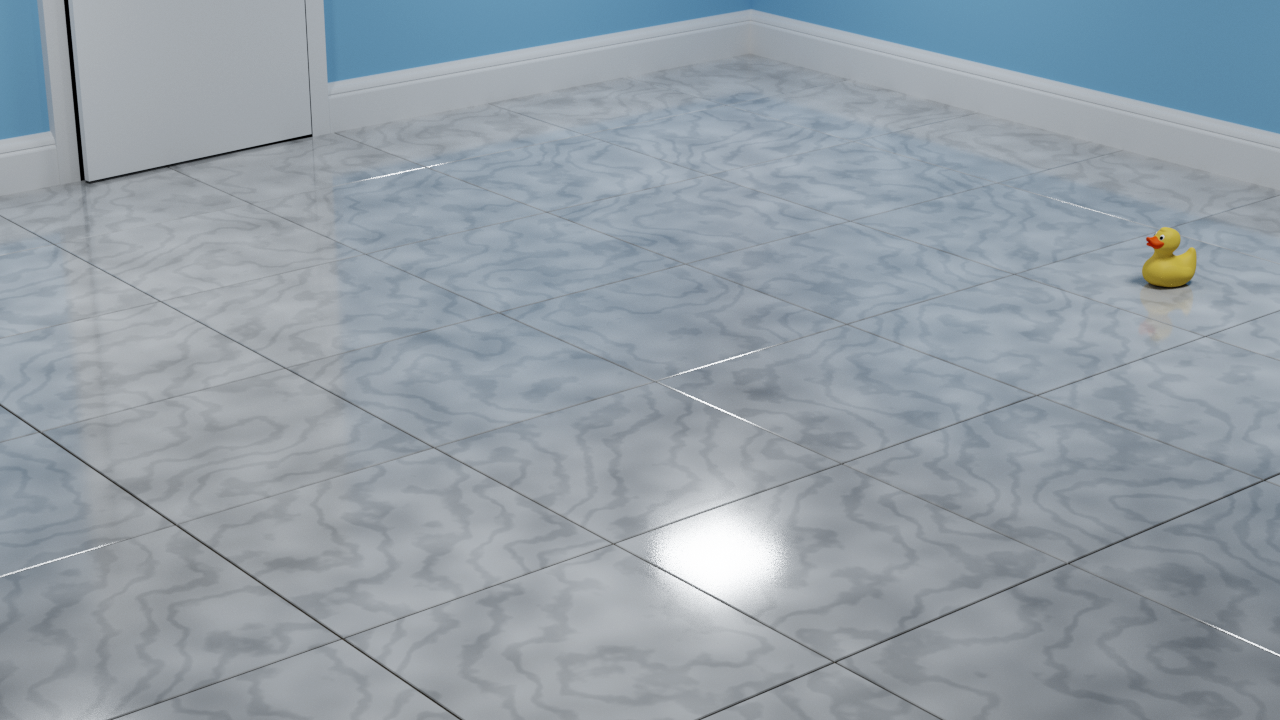 Here is the complete blend, minus the duck.

You can try the brick texture to separate each tile. Here, I tried editing your file to get something that you wanted. 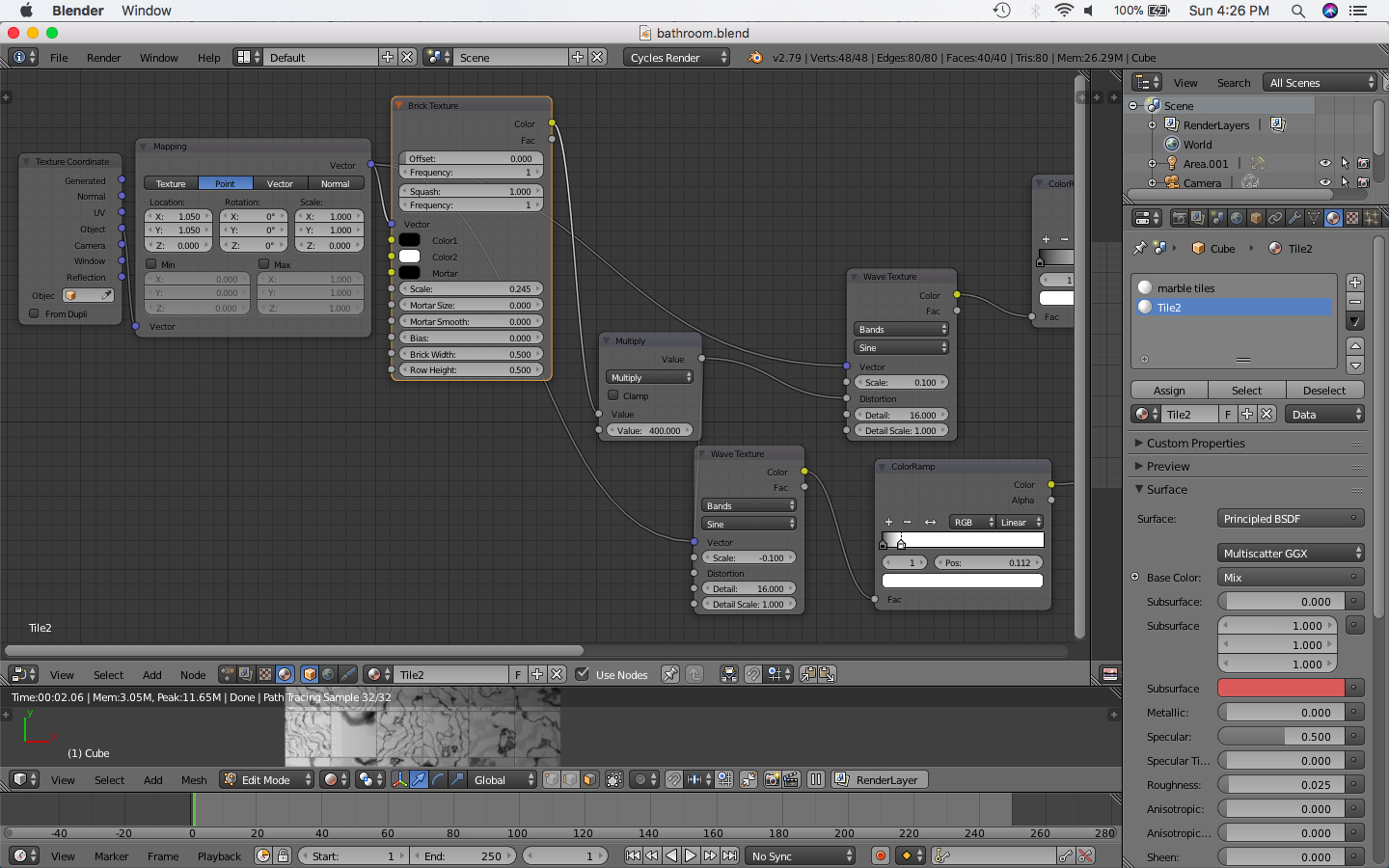 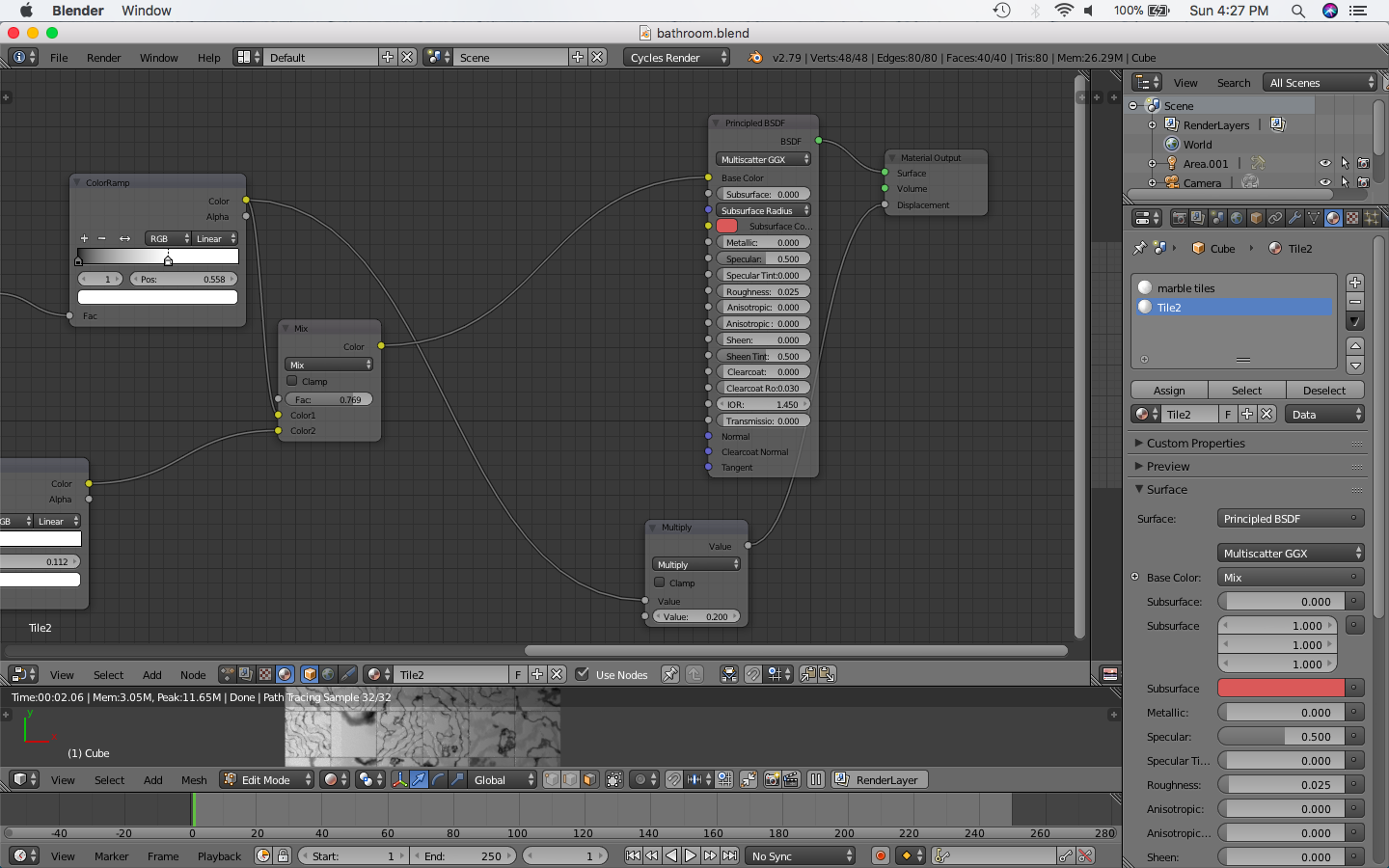 I was helping someone else with this issue a while ago so I'll be happy to elaborate. To change the colours and almost every setting, ONLY use the encircled Brick node.

This setup will give you: 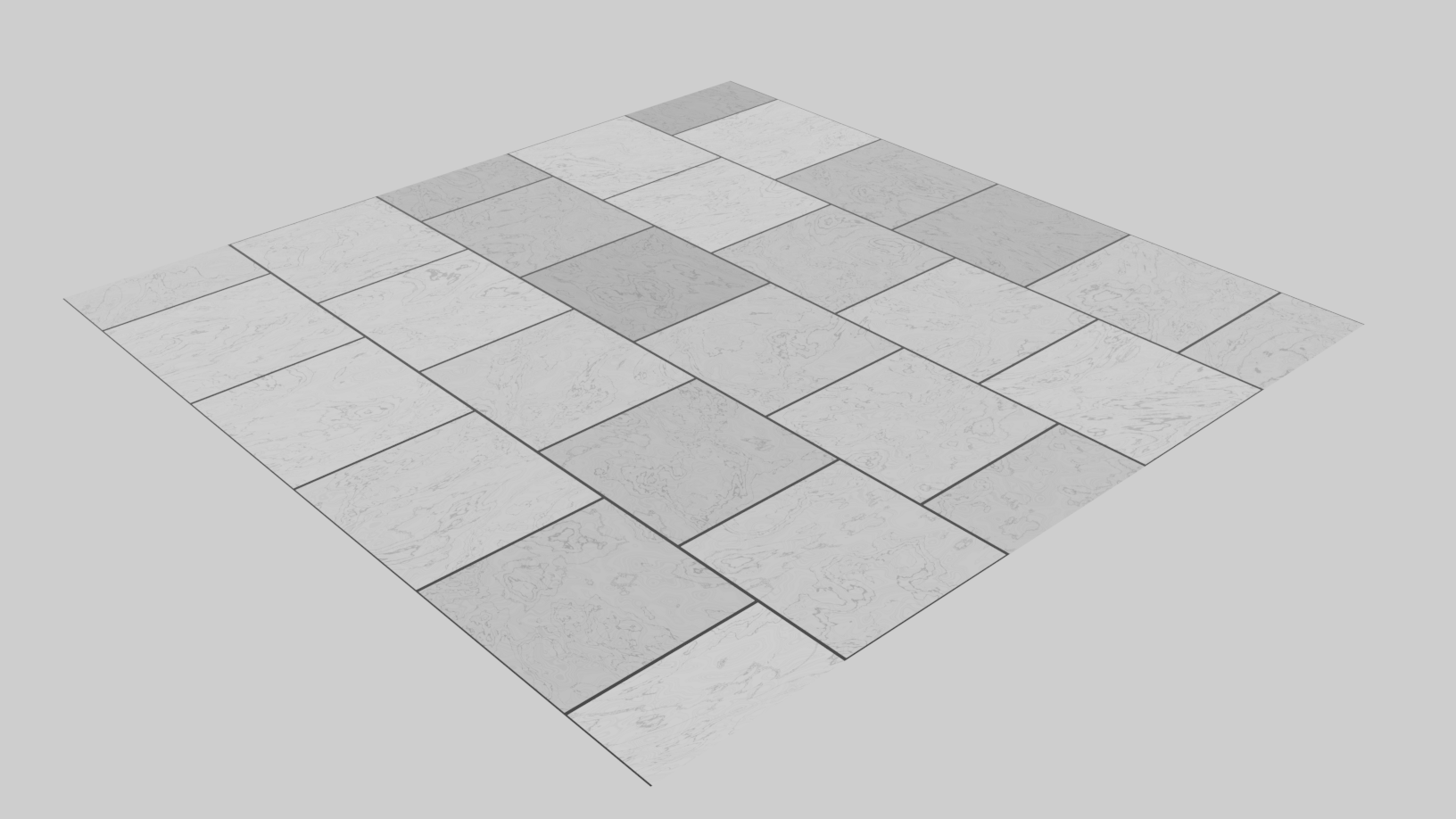 Simply change the colours in the circled brick node to suit your needs and the variation of colour and the patter colour will change. You can also try changing the distortion and scale values of the noise textures to suit your needs. If you want the file here's the drive link: Link

9
How to Sculpt a Brick Wall?
11
How can I create a staggered, repeating procedural pattern?

5
Material not displaying on array objects
1
Map Brick Procedure Texture onto Correctly Scaled Models
1
How to apply material to disjointed object duplicated with array modifier
0
How do I apply a procedural generated scratch overlay across multiple mesh
5
How can I create an irregular, marble-tiles surface?
2
Procedural generation of cavern floor for 3D printing
4
joining two objects distorts procedural texture
1
How to change the pattern of a texture for each tile in a shader?